Looking for something new? 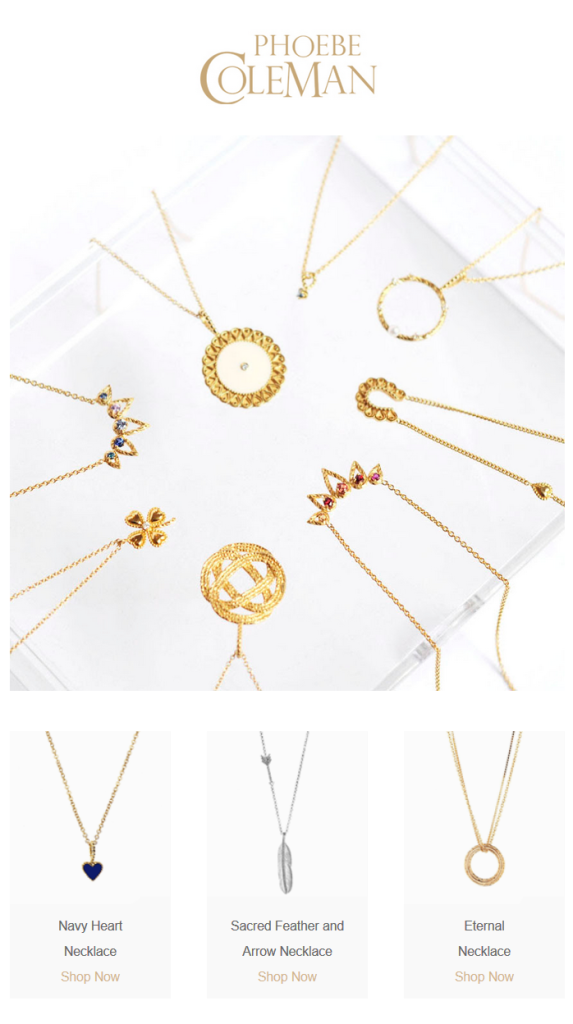 Phoebe Coleman has lots of necklaces up on the website in 18ct rose and yellow gold vermeil and sterling silver. They are great to mix and match for a playful stacking effect, but are also beautiful worn on their own. Don’t forget to check their SALE section for special bargains, as they’ve added some lovely pieces that are up for grabs!