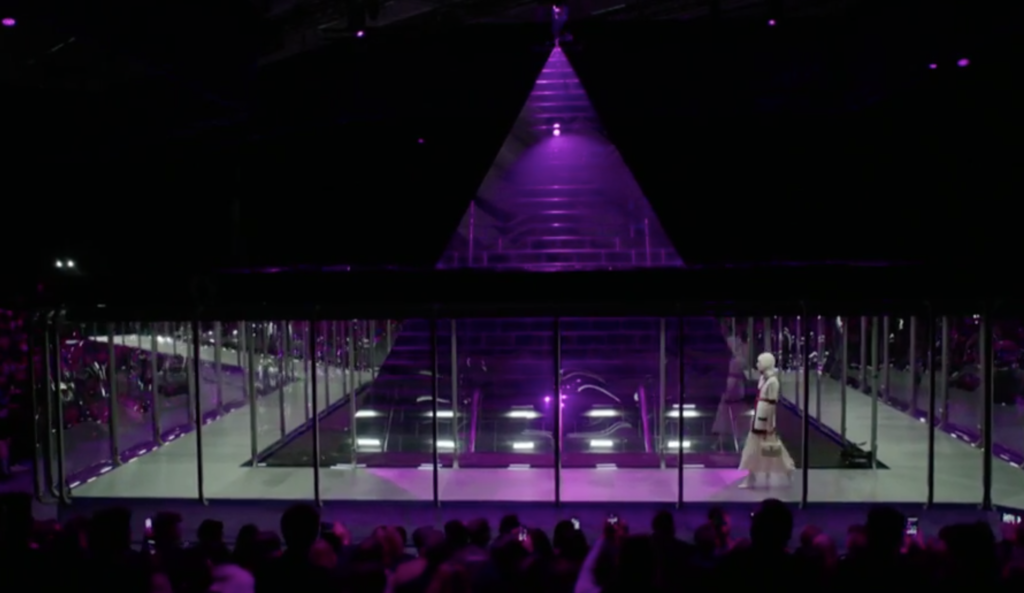 Alessandro Michelle does it again with his AW 17 Gucci collection presented earlier this week at Milan Fashion Week. The show started with a grand unveiling of the runway with a lift of curtains. Below was a strange, futuristic, caged walkway around a metallic brick pyramid. What’s that all about?

To explain, or begin to explain the collection, we will use the term ‘geek chic’. Although it’s strange to think something so quirky and gawky can be called chic, but it can. It just works! There is also something to be said about the growth of the brand and it’s ever exceeding popularity each season. Gucci is really THE label to be seen in these days.

Among the collection were retro 70s styles, some super cool belt bags (we will have to see if this takes off as a trend) and of course, nods to oriental style with prints and embroidery. What is also interesting, is the metallic body (yes full body, head as well) suits that looked like aliens. The show came within the same week as NASA announced their findings that there could possibly be other life out there! Good one Michelle!

Stars such as Jared Leto, Suicide Squads “the Joker” is a huge advocate for the designer, and sat front row his season. Also seated were Tom Hiddleston and Salma Hayek. 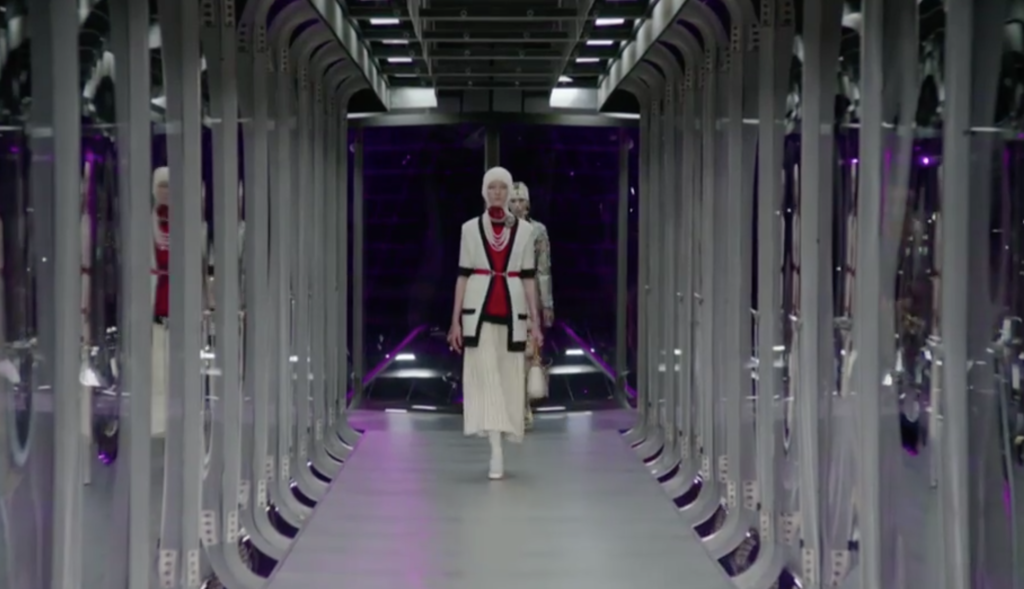 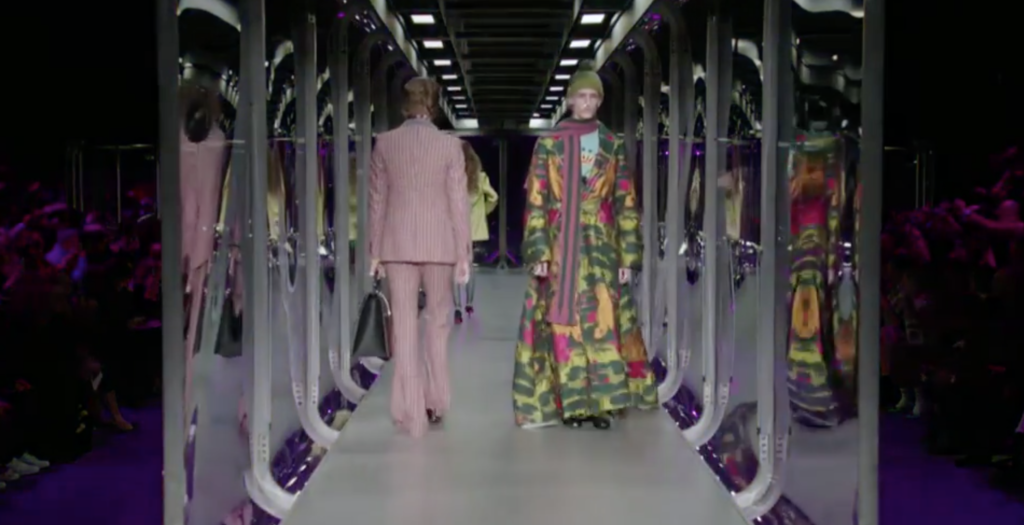 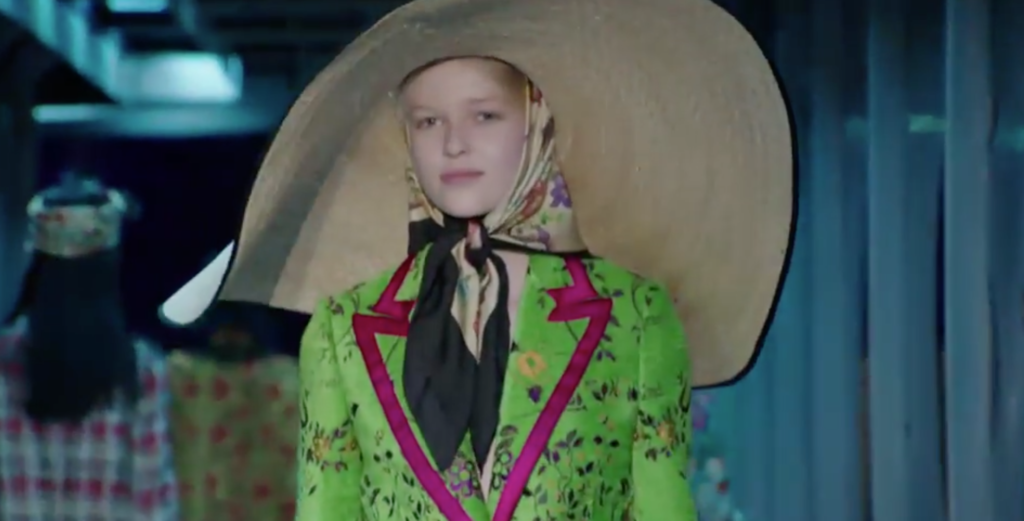 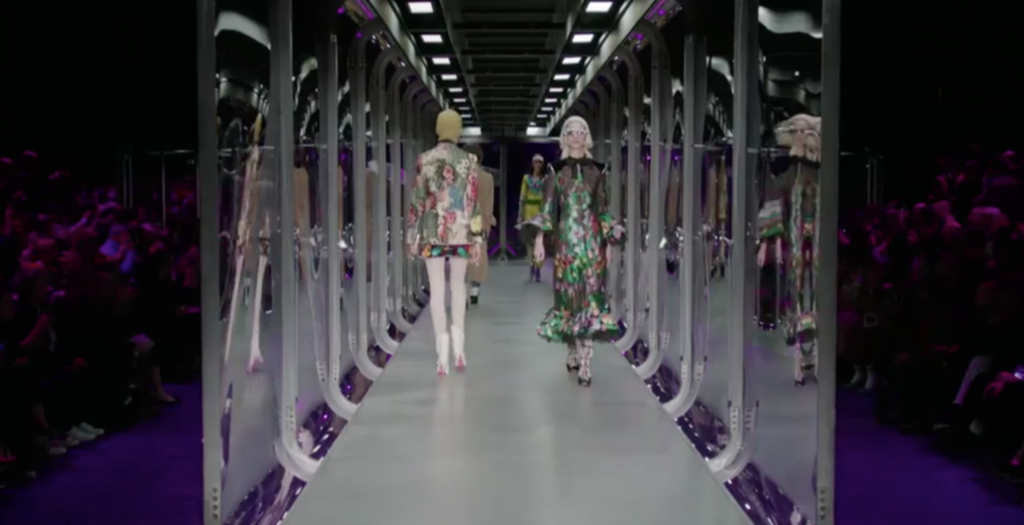 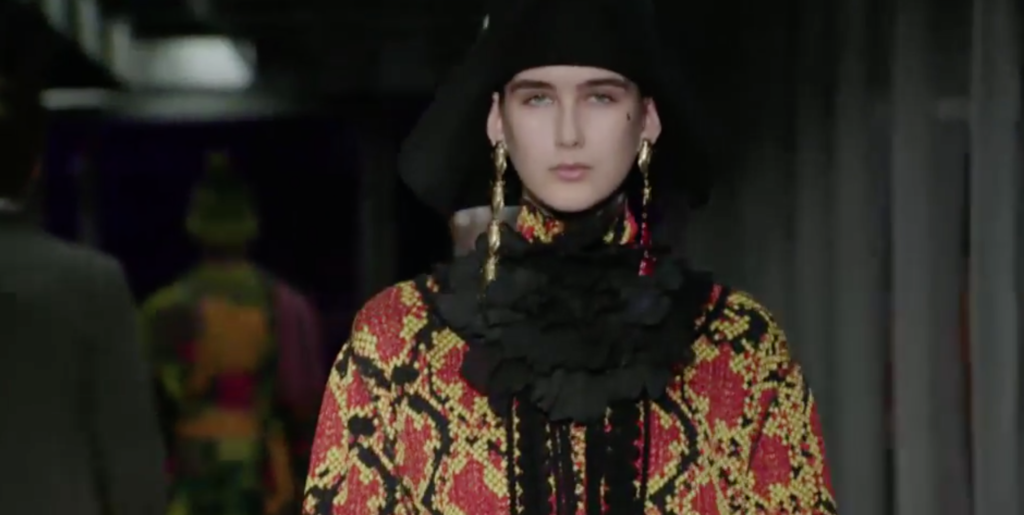 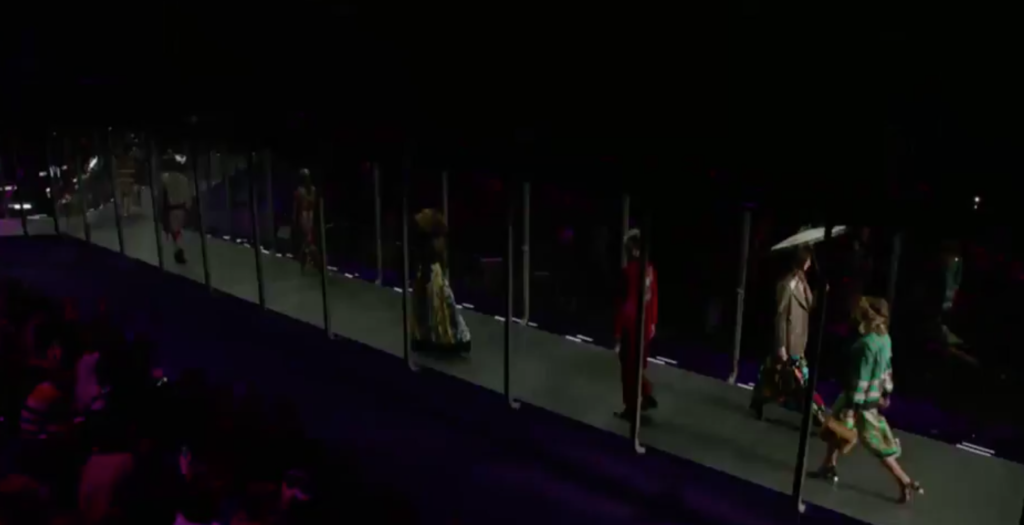 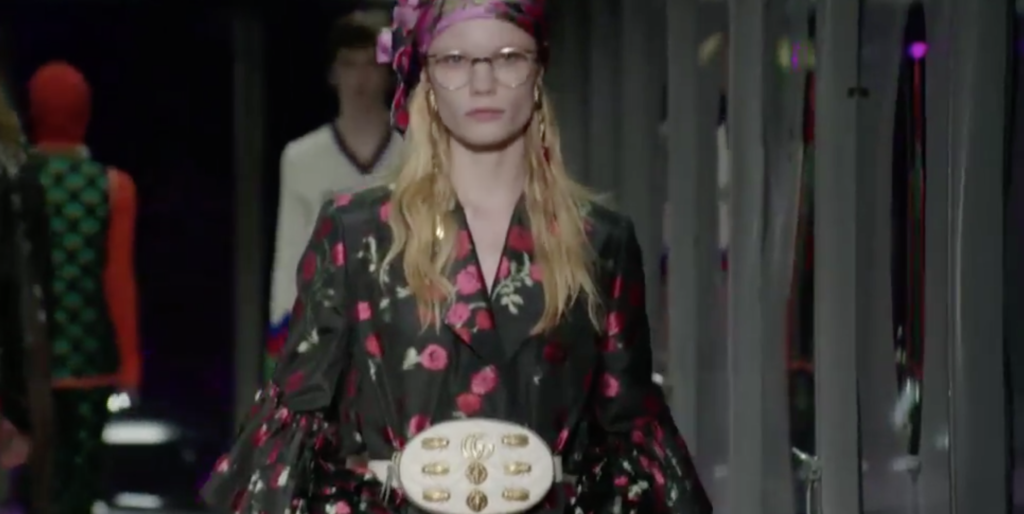 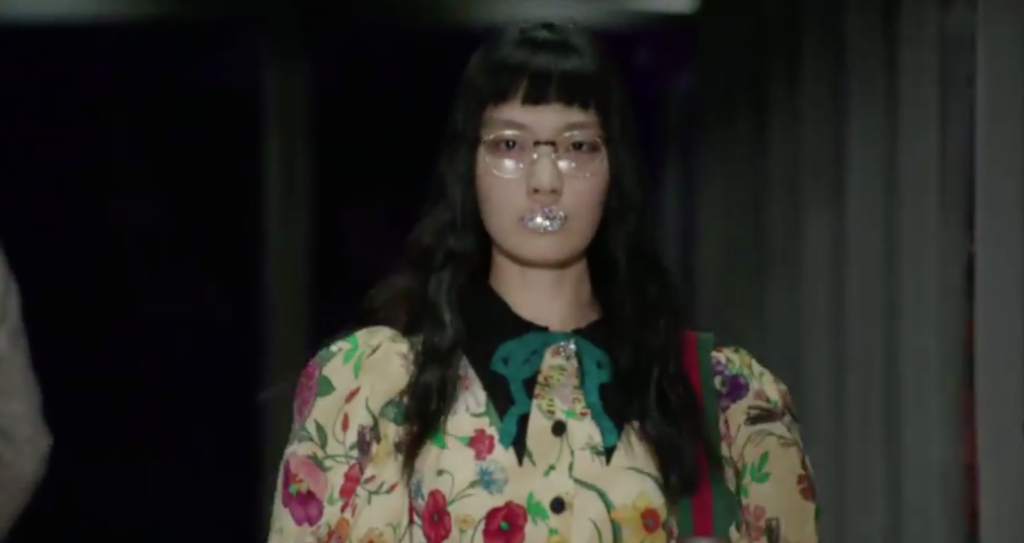 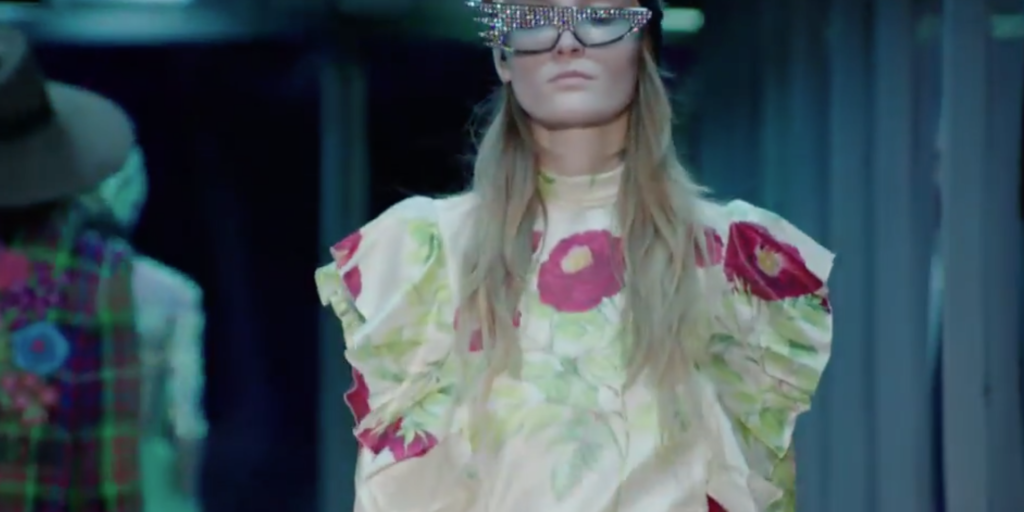 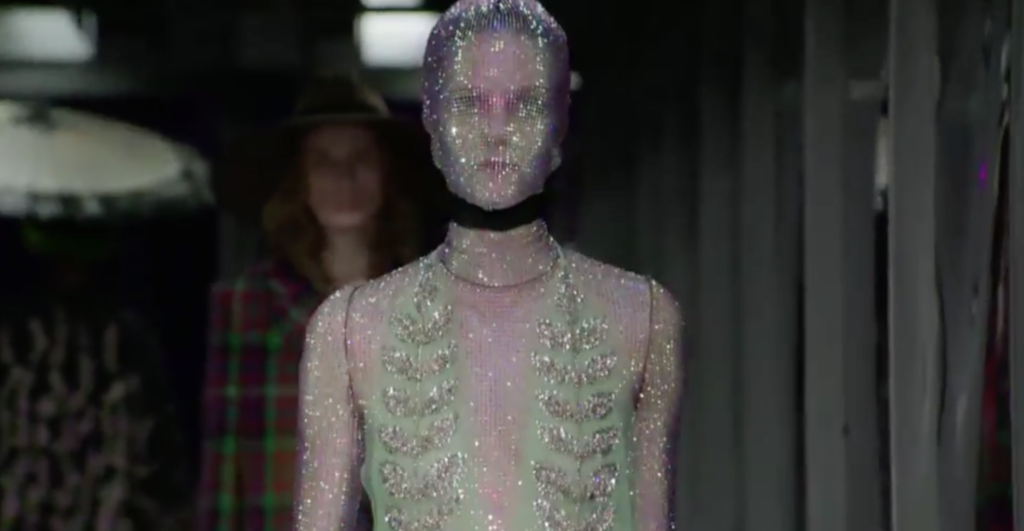 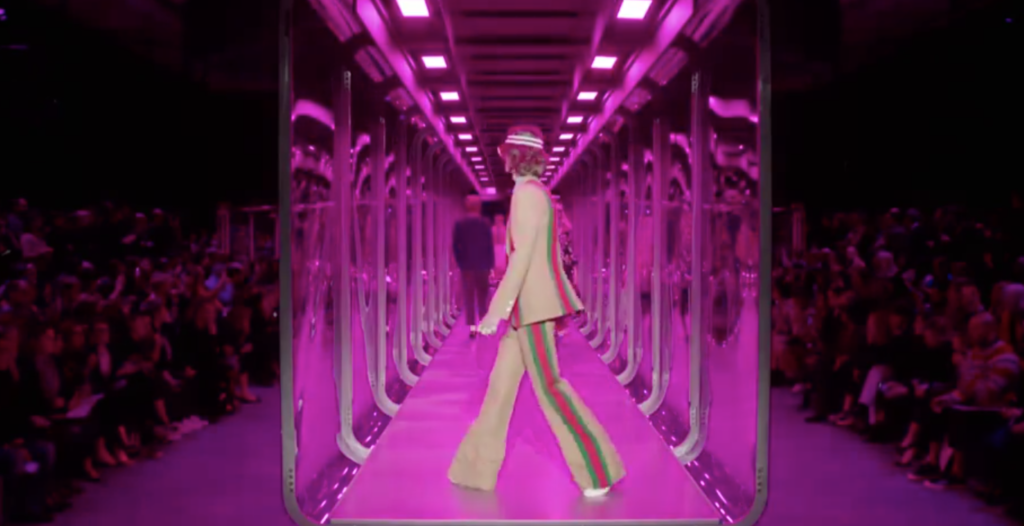