BFC – Sam Mcknight to Be Honoured with the Isabella Blow Award 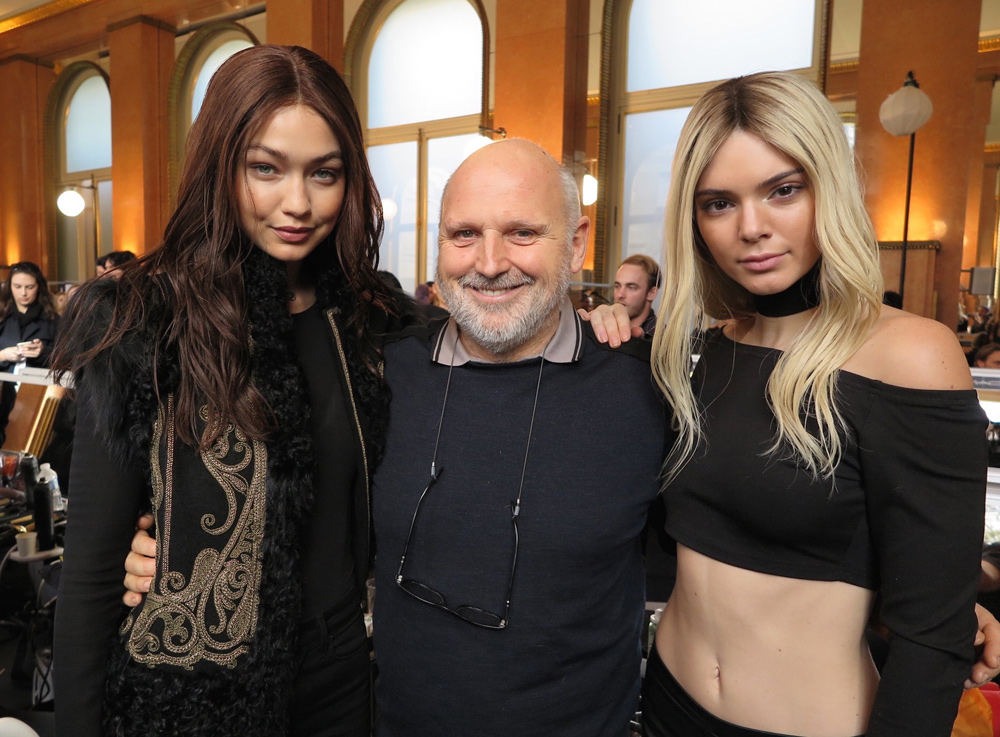 The British Fashion Council (BFC) is delighted to announce that Sam McKnight will receive the Isabella Blow Award for Fashion Creator at The Fashion Awards 2019, on Monday 2nd December at the Royal Albert Hall, London. McKnight will be honoured for his invaluable contribution to the fashion industry, his remarkable effort in changing the role of the session stylist within fashion and for his unique ability to create modern and glamorous looks.

Caroline Rush, BFC Chief Executive commented: “We are thrilled to present the Isabella Blow Award for Fashion Creator to the legendary Sam McKnight and acknowledge him for his incredible contribution to the global fashion industry. Sam is one of the most important image makers of our time, hugely respected within the fashion community and a source of inspiration for many generations to come. We look forward to celebrating with him and his friends in London in December”

Originally from Scotland, McKnight moved to London in the early Seventies where he secured a position for Molton Brown, a leading hair salon in London’s South Molton Street. Originally trained as a teacher, McKnight soon started building his name in fashion and gave up salon work to dedicate himself to shoots and shows. While working in London, McKnight was introduced to fashion magazine editor Liz Tilberis and stylist Lucinda Chambers, who were instrumental in hiring him for high-profile editorial shoots. His hard work and dedication to the industry lead to his first editorial shoot with British Vogue in 1977. Since this day, McKnight has built a long-standing relationship with the magazine, styling hair for models and celebrities for over 100 covers. As one of the first session stylists, McKnight has pioneered a career direction and inspired the next generation of talented hair stylists to follow in his footsteps.

McKnight has won numerous industry awards and participated in various exhibitions that recognise his unique and enduring talent. In 2015, McKnight received the Lifetime Achievement Award at both the Scottish Fashion Awards and Creative Head Awards. In 2016, Somerset House launched Hair by Sam McKnight, a major exhibition celebrating McKnight’s impressive career. The same year, McKnight released his first book: Hair by Sam McKnight (Rizzoli), a hardback anthology of his magazine covers, editorial shoots and personal insights into working at the heart of the fashion industry. June 2017 saw McKnight launch a range of hair products by the same name, Hair by Sam McKnight, in Liberty of London.

The Isabella Blow Award for Fashion Creator recognises the very best innovators and creatives in fashion, celebrating invaluable contributions that have changed the entire fashion landscape. With a discerning eye and incessant drive, the recipient of the Award has brought designers’ creations to life and helped create worlds within brands. Their dedication to the craft has garnered legions of fans and their incredible body of work has already left an indelible mark on the entire industry. Previous winners of the Isabella Blow Award for Fashion Creator include Mert & Marcus, Pat McGrath, Nick Knight OBE, Edward Enninful OBE, Lady Amanda Harlech and Professor Louise Wilson OBE to name only a few.

The Fashion Awards is the main fundraiser for the BFC’s charitable and talent support work. The BFC is a not for profit organisation focused on promoting excellence in British fashion and supporting the future pipeline of creative talent. The BFC’s work is achieved through a range of charitable initiatives which focus on education, business and mentoring schemes that support talent from school level and emerging designers to fashion start-ups and established brands. In 2018, the BFC raised over £2.3 million for its charities and business support initiatives out of which £1.1 million will be allocated directly to scholars and designer businesses with the remaining monies building an endowment to secure support for future generations.

The generosity and commitment of our partners is more vital than ever. Please help us by acknowledging our Presenting Partner Swarovski and Official Partners American Express, Bird in Hand, Getty Images, LAVAZZA, Rosewood London and Slingsby Gin for their support of The Fashion Awards 2019.