ETRO invites you on a journey through the eternal charm of the Riviera style summarises the brand’s PR team in the small text accompanying its phygital streaming, simultaneously online and in a garage space just down the road from its headquarters on Via Spartaco. The clothes, models, props, guests and staff hastily rushed there after a rainstorm drenched the gardens of the Four Seasons where the Riviera Show was initially supposed to occur. The spontaneous downpour ruining initial and more formal plans is a great Riviera classic and was thus quite fitting for the show that followed. 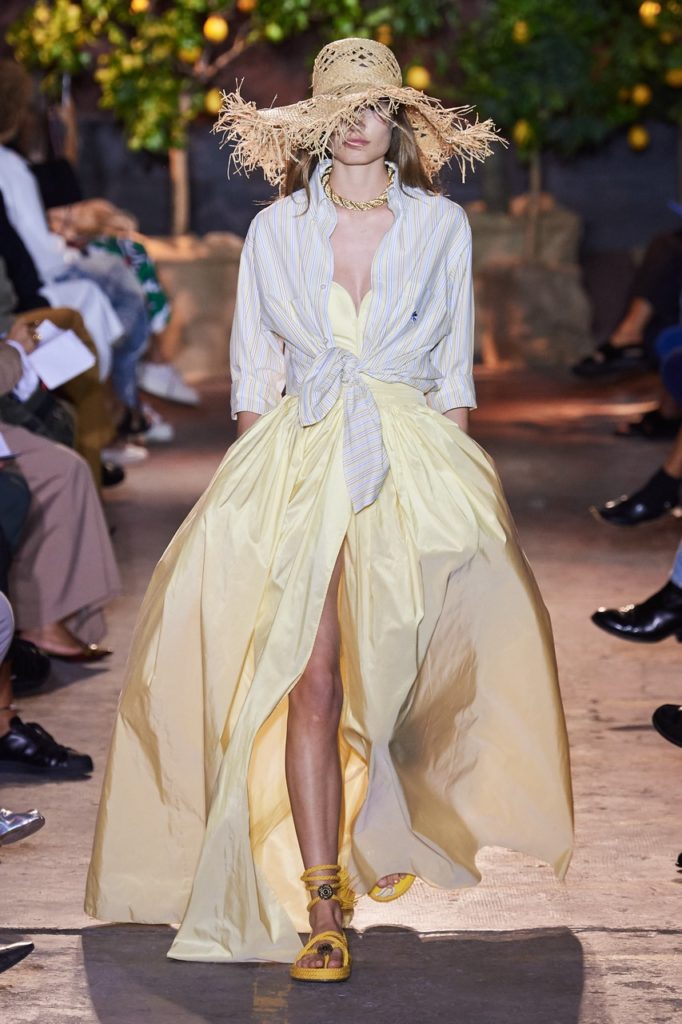 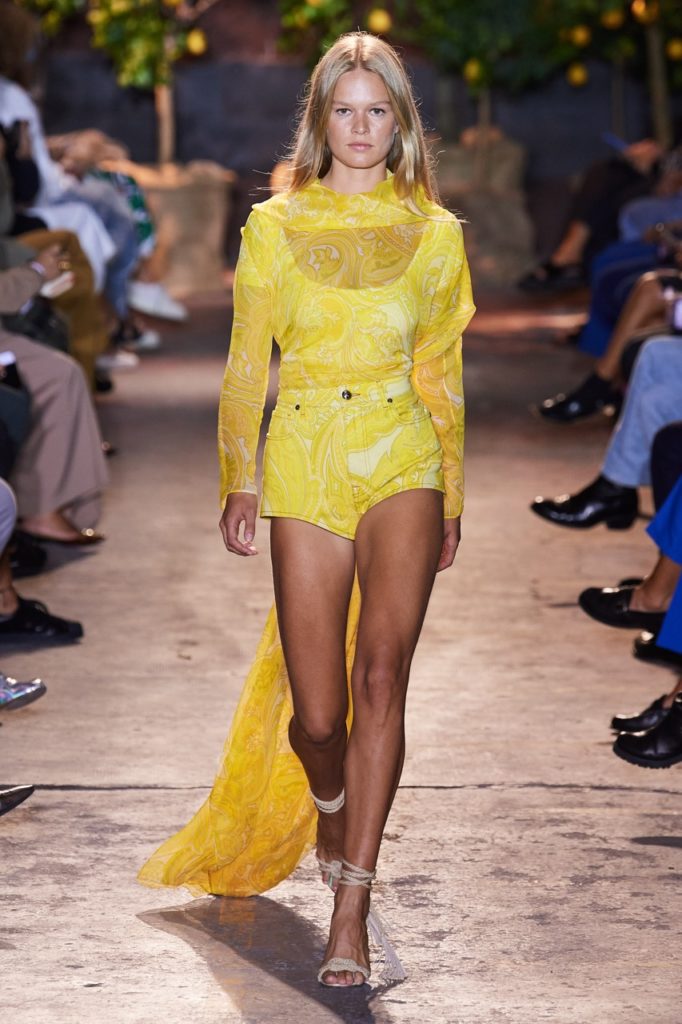 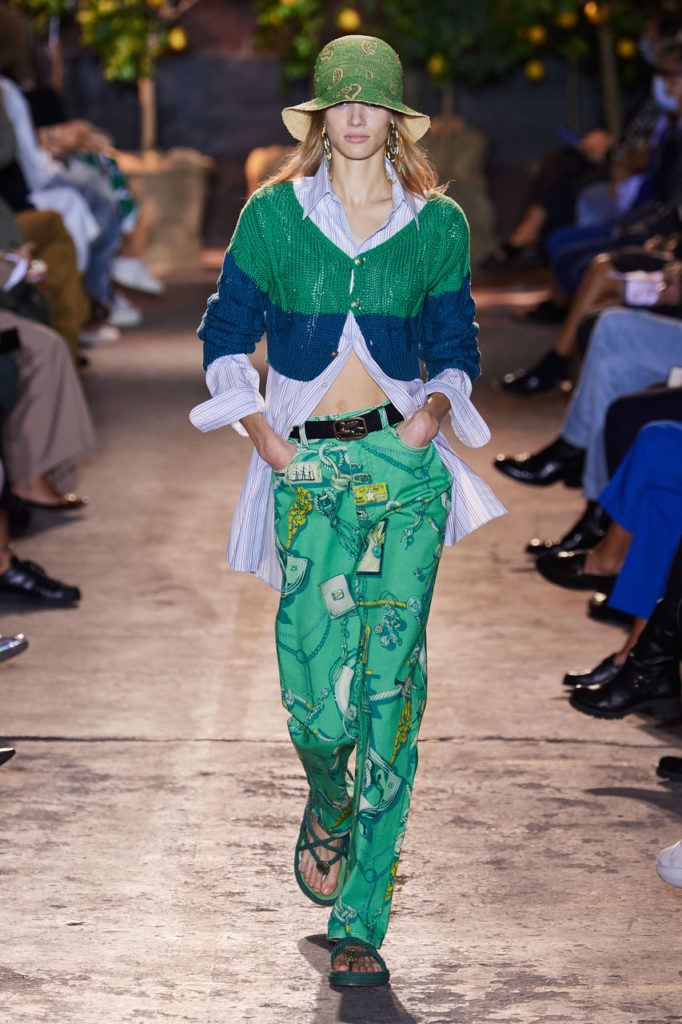 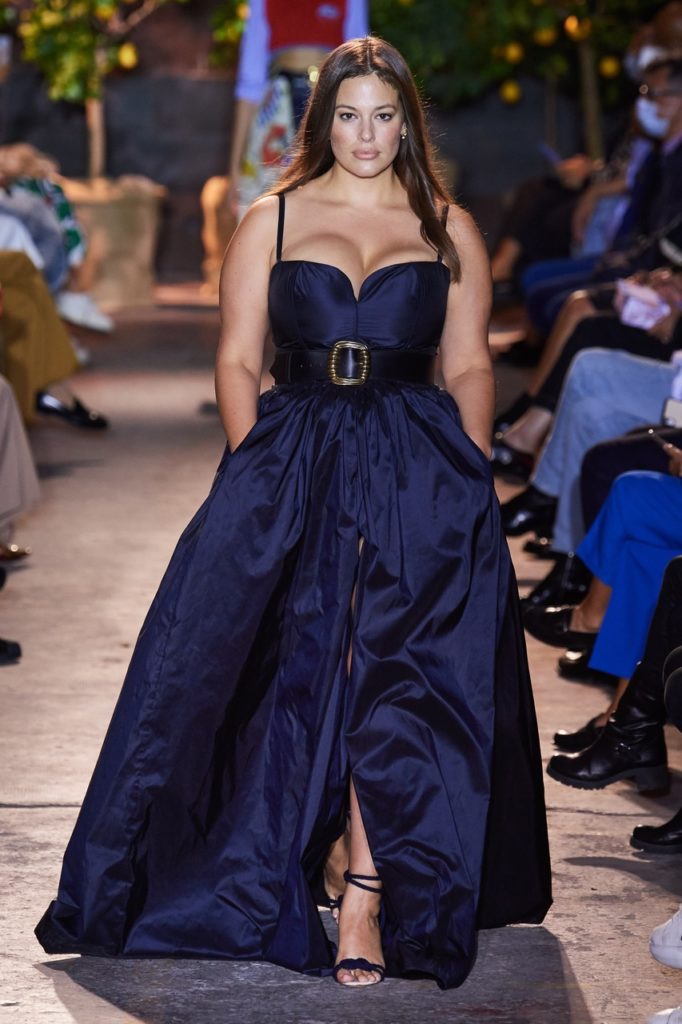 In her Spring/Summer 2021, Veronica Etro decided to further play around with the iconic Paisley motif that, Gimmo Etro, the brand’s founder chose to anchor Etro’s identity in the 1980’s during a trip to India. In 2021, Paisley will be monochrome, brightly yellow or vividly green. On the runway, the paisley motif mischievously echoed the amusing and evocative patterns that crowded the fabrics :  flags, seashells, marine cordage, anchors, stripes and sailing boats. A Pegaso-Tritone made appearances as the logo on T-shirts and cropped sweaters. The nautical theme was also noticeable in the silhouettes which often oscillated between minidresses and maxicaftans, nicely tied around the hips. Hats ere either delicately sewn buckets or roughly braided large summer hats which counterbalanced the sleek fabrics used for light summery co-ords.  Combinations of ocean blues, whites and reds alternated with more acidic, feminine and romantic colours in a palette that could have easily been used to arrange the menu of a mediterranean cocktail bar : turquoise, orange, salmon, lavender, mint, and pine. 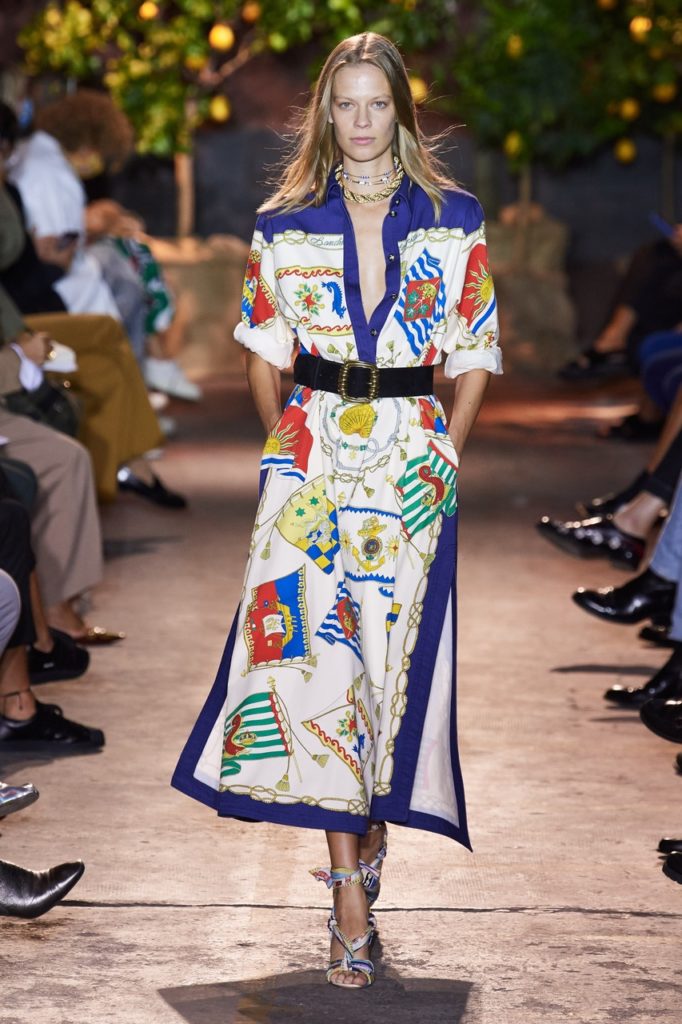 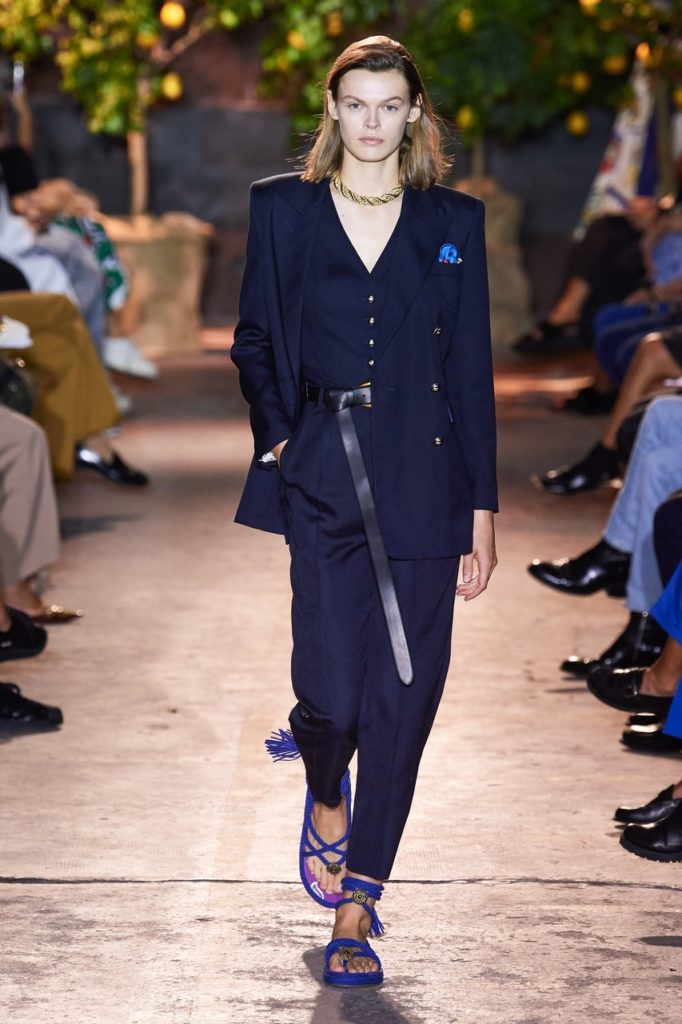 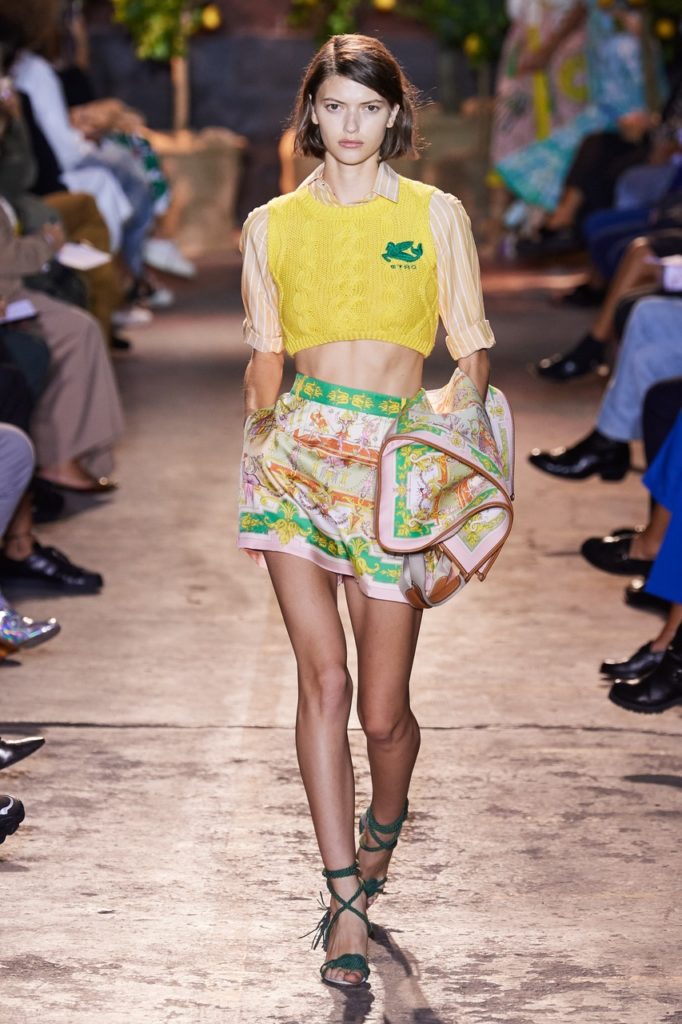 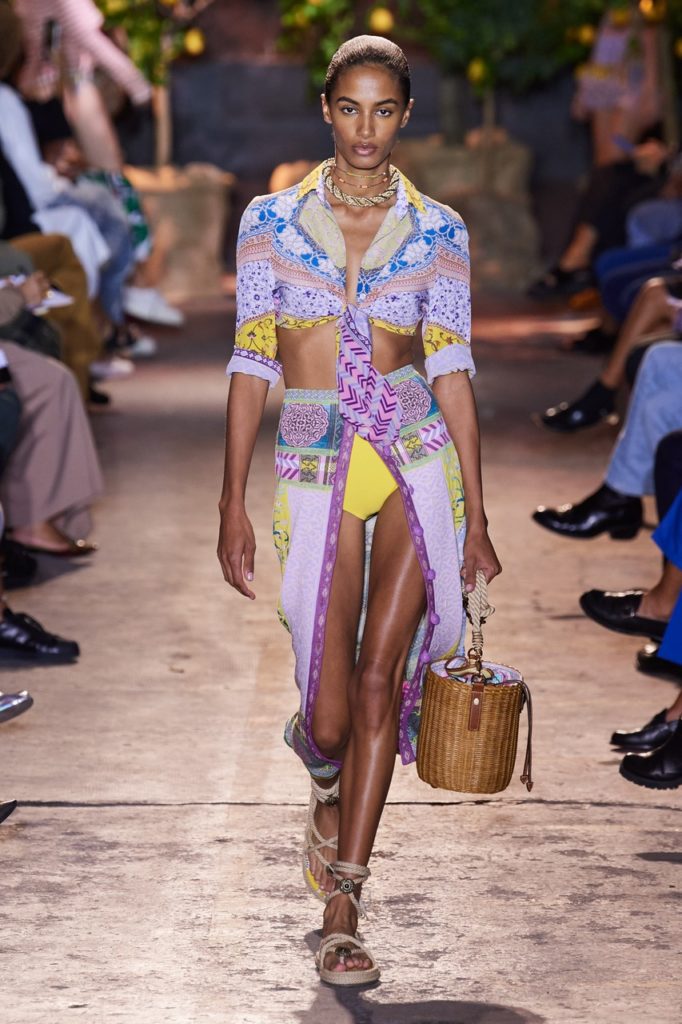 Veronica Etro’s interpretation of SS21 is simply enchanting. She catalyzed from her memories and intuitions of Italy a collection that remained firmly rooted at home. Moreover, she got rid of two-thirds of the looks, abandoning more formal looks to avoid waste in a world where people still don’t go out much. Unpretentious, this collection will undoubtedly be a hit in the stores.