Fine artisanship in every piece crafted at The Collective Dublin

THERE has been a run on engagement rings at The Collective Dublin Ireland, which is greeted with little surprise by founder and proprietor, artist and jeweller Madeleine Blaine. 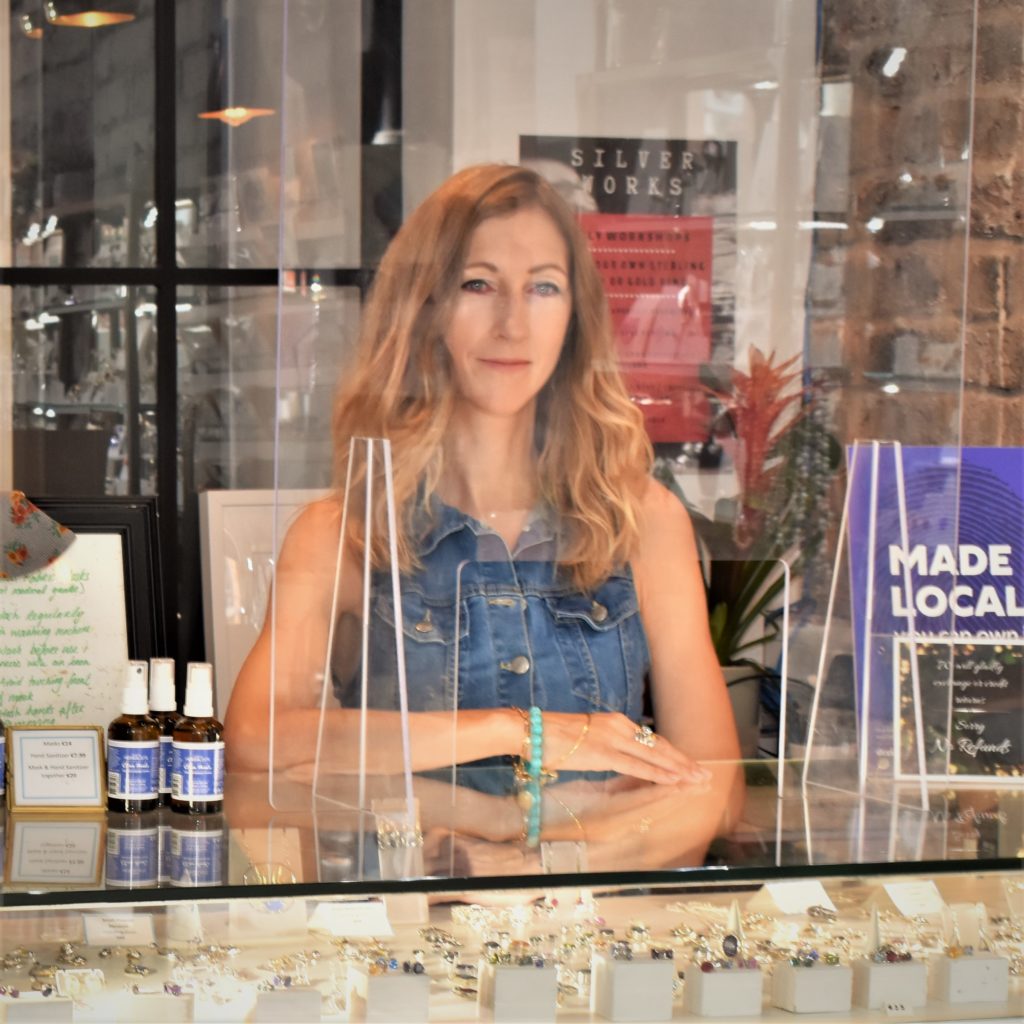 Safety first behind the protective shield for jewellery designer Madeleine Blaine with more than 30 colleagues under one roof at The Collective Dublin, Ireland 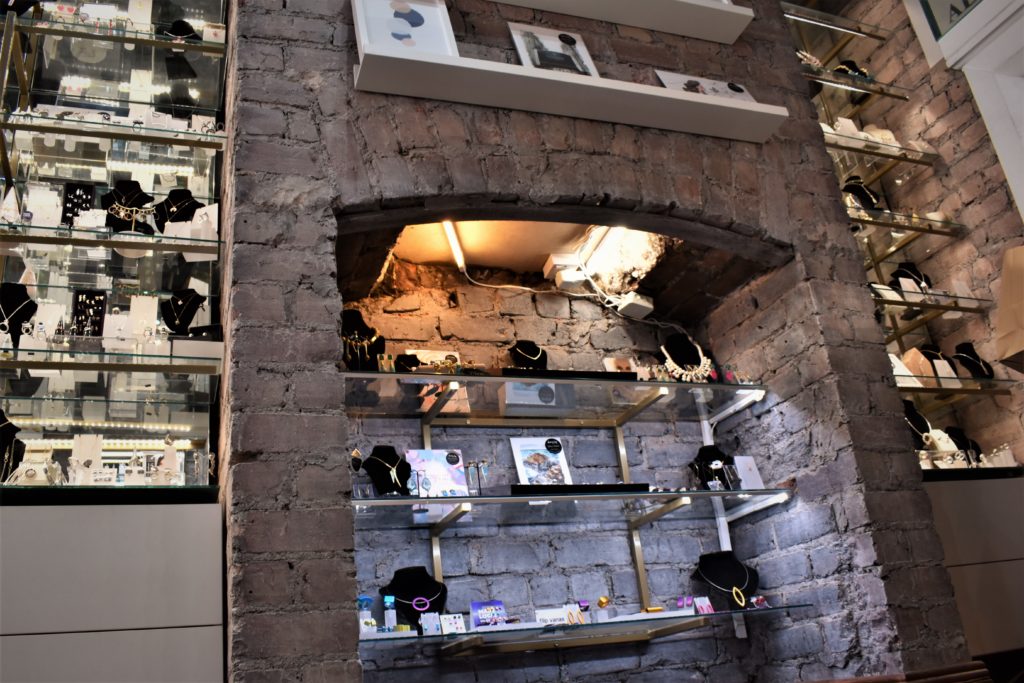 The uniquely boutique shop located in the heart of Dublin’s Creative Quarter kept the candle burning through pandemic restrictions and as couples perused their online options, Madeleine was there on the other end of a simple mouse click.

“I think couples realised that they could save money by having just a few people,” said Madeleine when Pynck.com met up with her in her shop. “There were those who said that they had made through and were still together, and they wanted to celebrate that.”

English-born Madeleine Blaine’s own journey from an earlier, decidedly bohemian lifestyle to accommodating over 30 artisans, herself included under one roof was what would have been the road less travelled for many. As a teenager she took herself off to Mexico, met and married her first husband and following the birth Gallardo & Blaine Designs over the next 11 years, travelled between Mexico and her native England, wintering over in Central America while producing the work taught by her late husband and then selling their work at summer craft fairs in the UK. 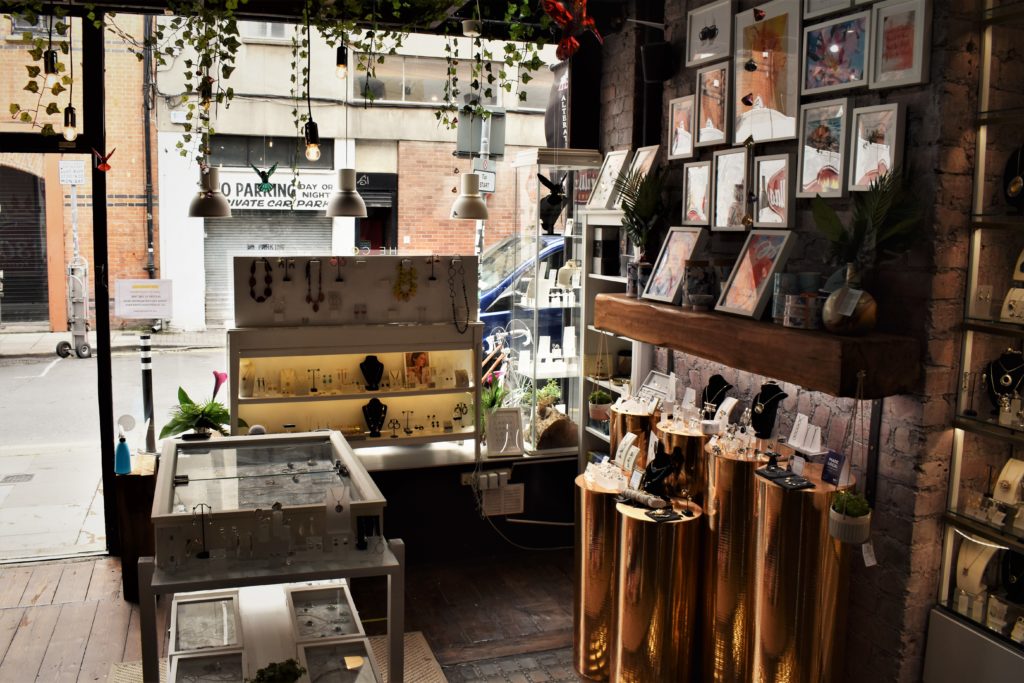 The Collective sits beside Drury Street in Dublin Ireland 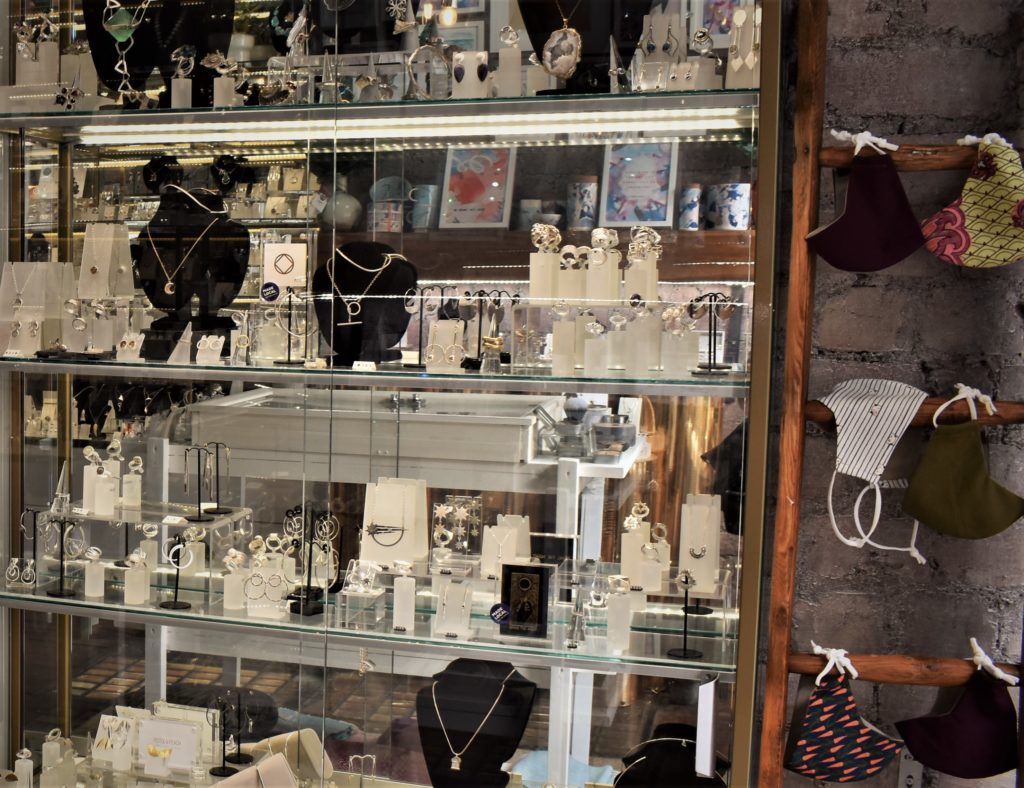 In a sign of the times, handcrafted jewellery is displayed beside colourful facemasks at The Collective Dublin, Ireland 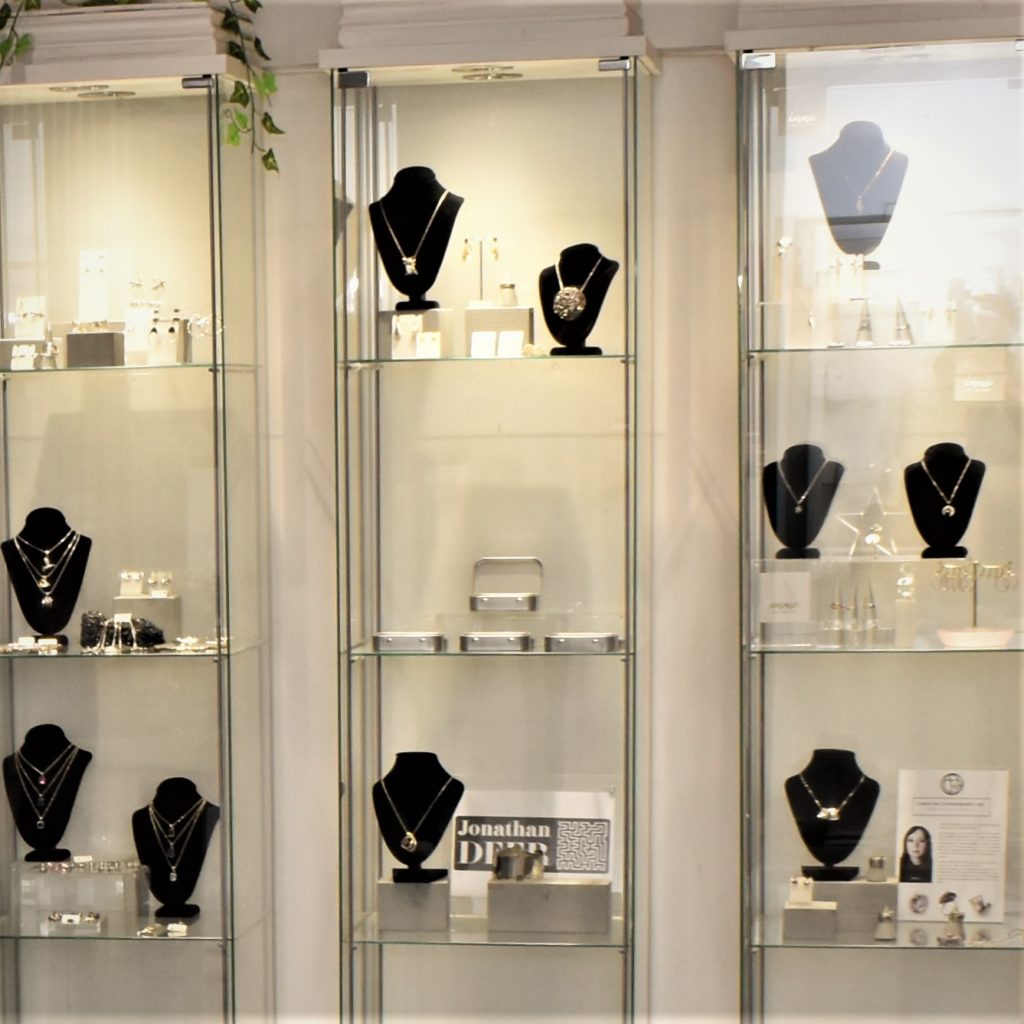 It was at the Design House in Dublin that the idea of a ‘collective’ of like-minded artists was born, and along with 11 artists she met at Showcase Ireland in 2017 is branching out at speed, adding prints and pottery alongside retaining the original basement premises while moving up to include the ground floor.

“It has been primarily jeweller and now we have moved into other crafts since October,” Madeleine explained. “We are contemporary with lots of different designers all in one place and I don’t think there is anywhere in Dublin as affordable and all in one place.”

The Collective Dublin is a veritable treasure trove of beautiful gems and a variety of metals and for anyone who fancies a go at the craft, classes are available. Courses in jewellery design can be for the more serious-minded but meanwhile are already popular for special celebrations, as Madeleine added, “People are still having birthdays and anniversaries, treating themselves with a little pep-up.”