SOME of the brightest and best among the rising stars of Irish polo were in Meath Ireland recently for the opening of the All Ireland Polo Club’s summer season, the second home of the country’s oldest polo club.

While some have taken on the rather nomadic lifestyle in travelling to clubs around Ireland amid their professional lives each year until September there are others, recent to the sport who have made it clear they would rather be in a polo match than a classroom. 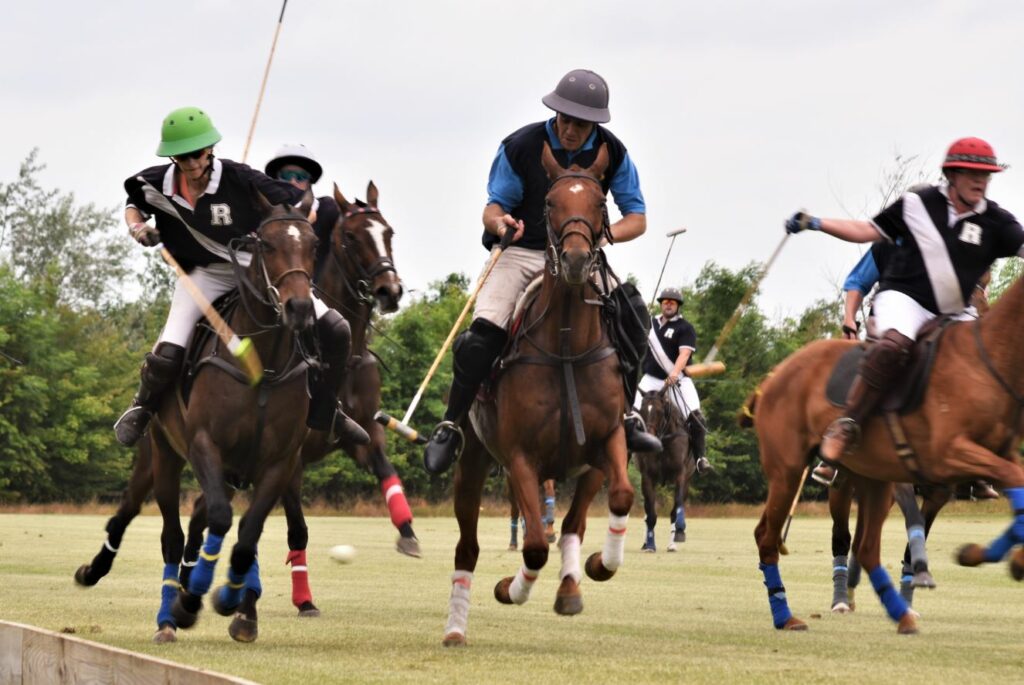 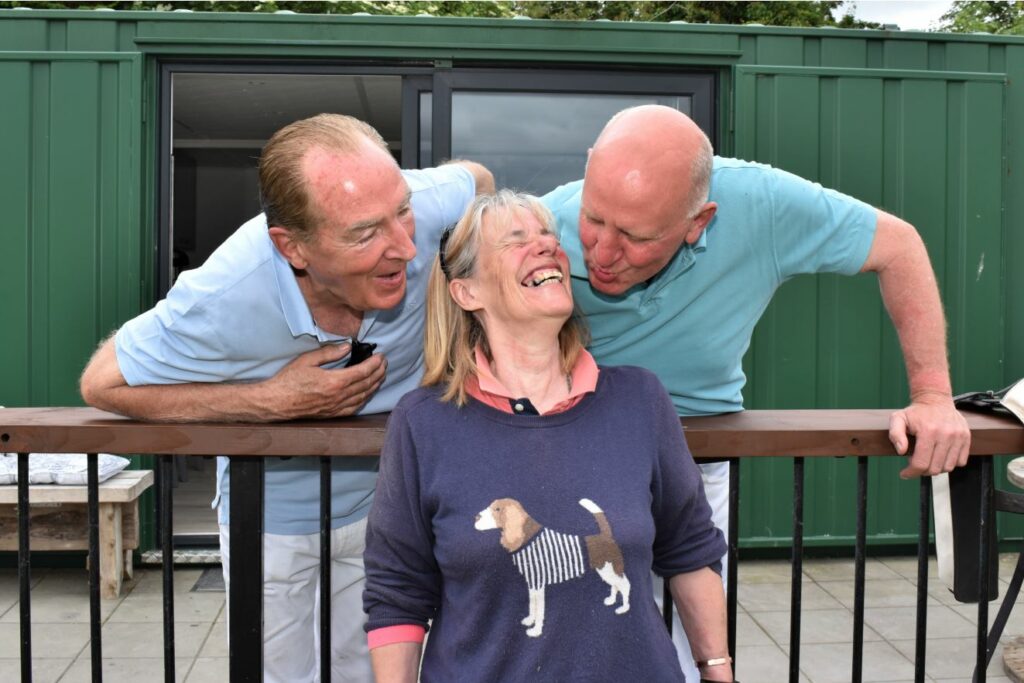 Their chance comes at a turning point in Irish polo, formerly led by imported professionals that in more recent years is peopled by players who lead their own professional lives yet find time to coach emerging talent as young as 11 years old. A veteran player of 40 years Lar Sheeran, who continues to be ‘The Voice of Modern Irish Polo’ with his commentating skills spoke with Pynck.com while at the tournament about the dramatic change he is seeing in a sport devoted to much of his adult life. 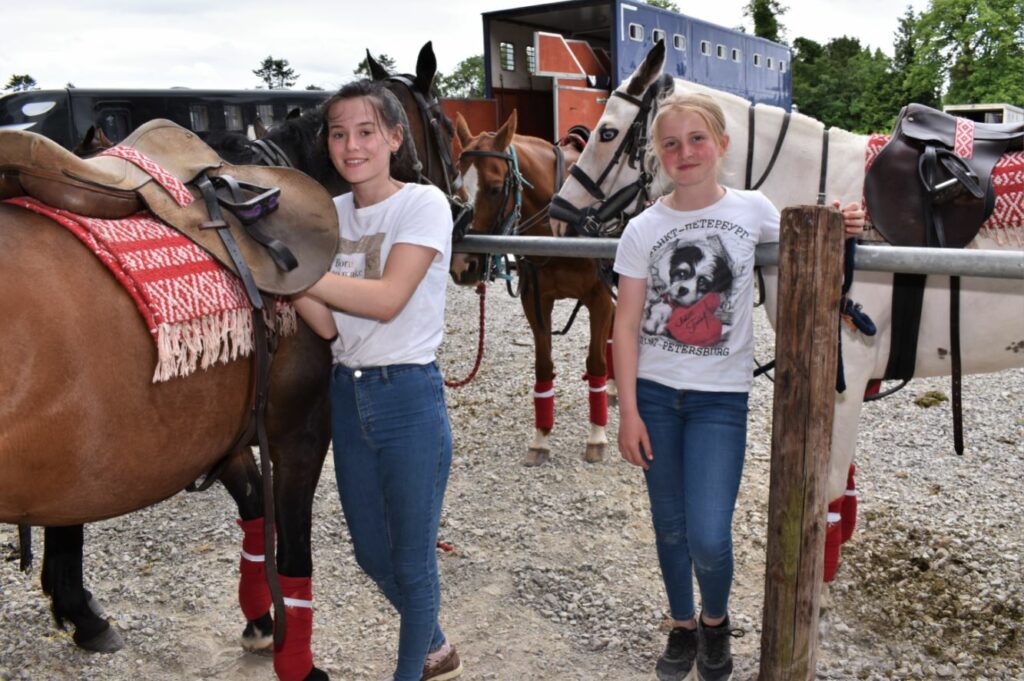 Northern Ireland’s Amelie Moore (left) and Emma Casey had a busy morning of it, readying ponies for the tournament in Meath Ireland 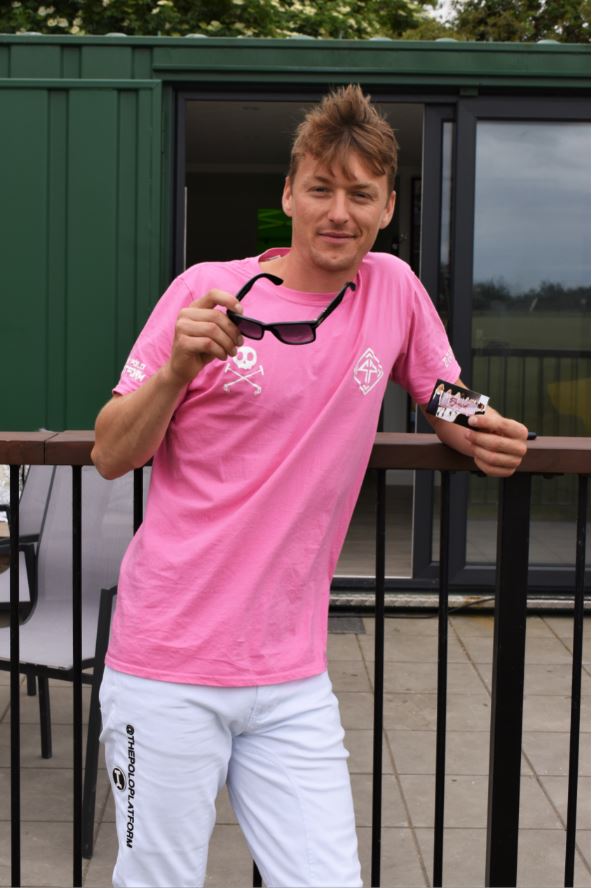 The Tyrone team’s Brad Rainford shows that real men wear pink polo shirts, and they do it with style as long as they have a Pynck.com business card in their hand!

“Seeing the polo played here today and the level of polo I can see a dramatic change, a return to the old standard of (Irish) polo,” said Lar Sheeran. “I think that the future for polo, particularly for people coming in, learning the game will definitely enjoy polo. Just looking at Luca (Moore) who played there, a young lady and -1 goal player, she actually played better than her handicap.” 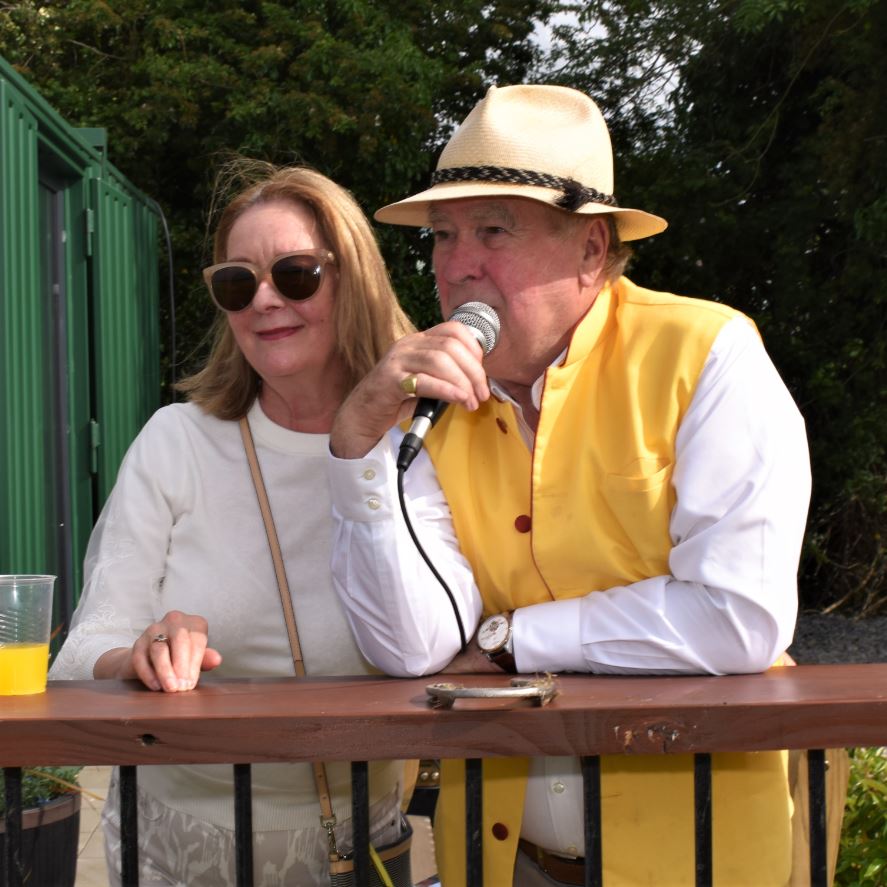 Veteran polo player and commentator of more than 40 years, Lar Sheeran was joined by wife Claire for a reprise as ‘The Voice of Modern Irish Polo’ 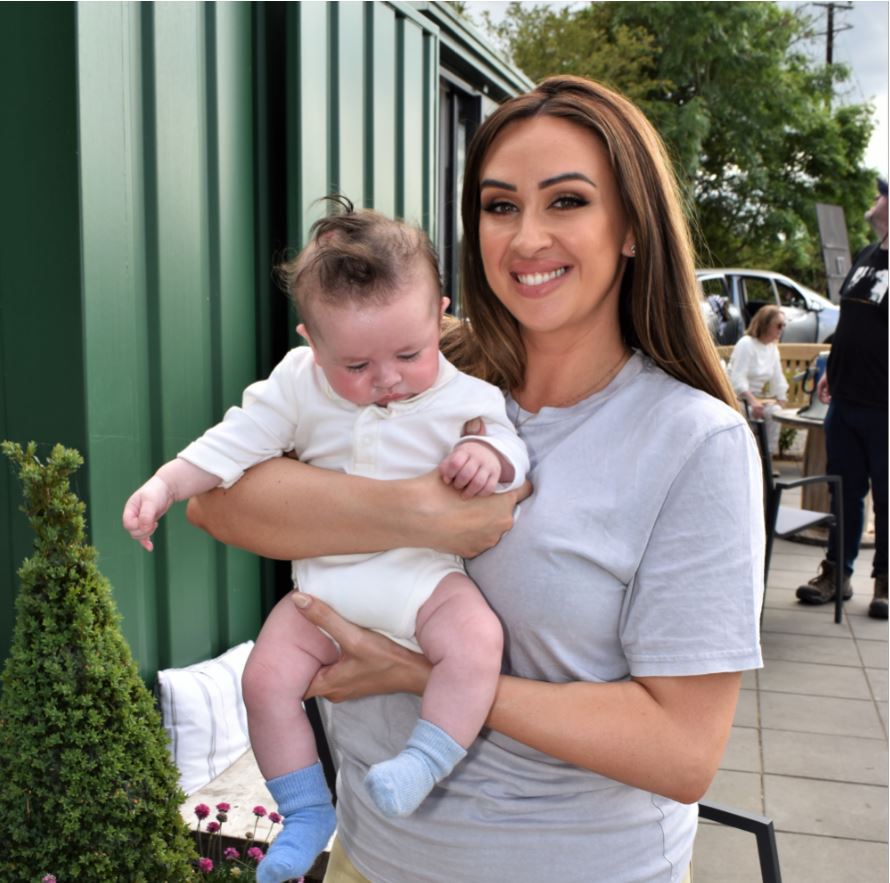 At just 15 years old Luca Moore was on the 2-goal handicapped team that went on to win the higher goal Stuart’s Trophy, one of the AIPC’s most valuable. She added a goal to the LHK Insurance winning score of 5 goals to 3.5 from opponents, CJ Law while younger sisters Amelie and Sienna played their part on the Moores team with mum Tara and top Irish player Siobhan Herbst; the Moores only just lost the lead in the last chukka for a final score of 10 goals to 12.5 from opponents Sixt for the lower goal All Hallows Cup tournament. 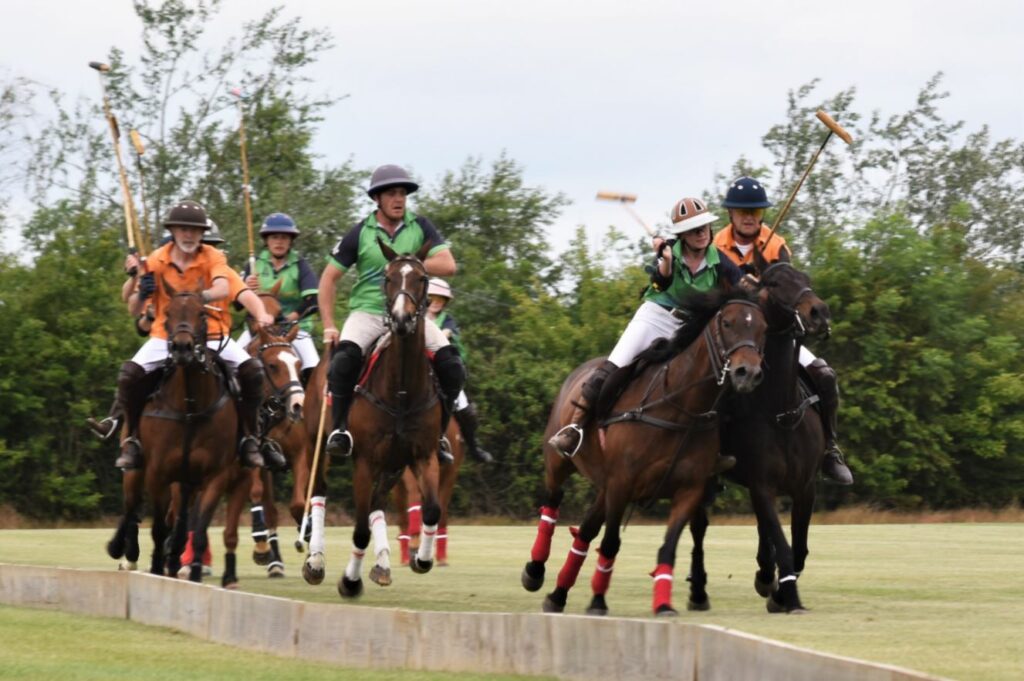 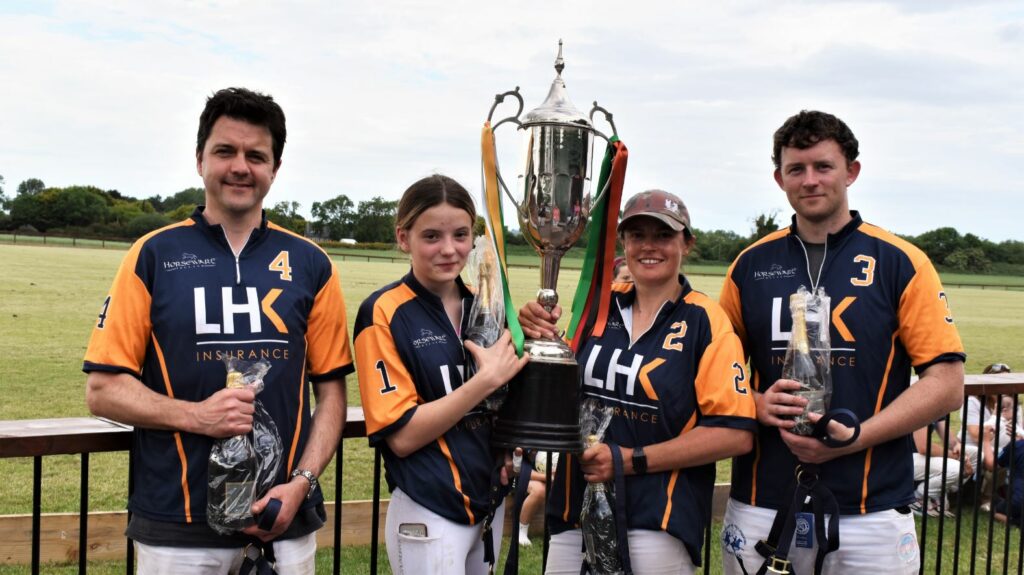 “The teamwork of LHK (Insurance), the patron’s reading of his teammates, they all knew their positions and played as a team and that was what really made a difference,” added Lar Sheeran. “It was the old thing that if you play with good players, everybody improves and that was what you had here.”

Teams from counties including Wexford, Tyrone, Dublin, Meath and Tipperary also lined out for the tournament.