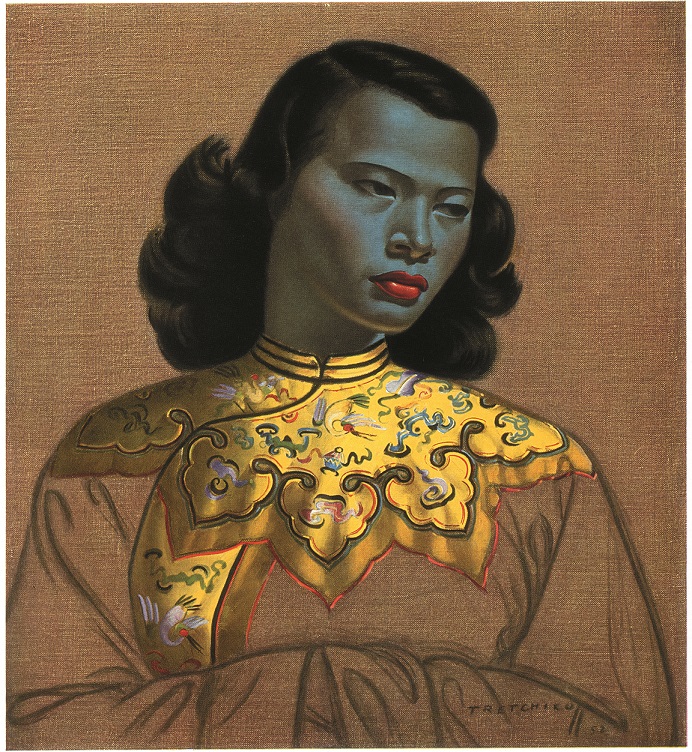 Chinese Girl, the most famous of Tretchikoff’s paintings

A collaboration between 100% Design South Africa & Decorex Africa has seen the entire month of June pegged for a Design Takeover. Super designery Cape Town already boasts the title ‘UNESCO City of Design’ and World Design Capitol 2014 and in the month of June the city has been flying its design flag high, playing host to an unprecedented variety of all things aesthetic.

A brand like few others, Tretchikoff is a national treasure, a beloved household name not only in South Africa but across the world. Vladimir Tretchikoff’s vibrant, stylized, if slightly kitsch paintings are instantly recognizable and have acquired cult status over the past few decades. Perhaps one of these nostalgic, brightly coloured portraits has taken pride of place above your mother’s mantelpiece? Over the years they’ve been spotted in places as far afield as the homes of suburban housewives in England, the offices of company executives in Shanghai, humble township dwellings in South Africa and just about everywhere else on the planet. 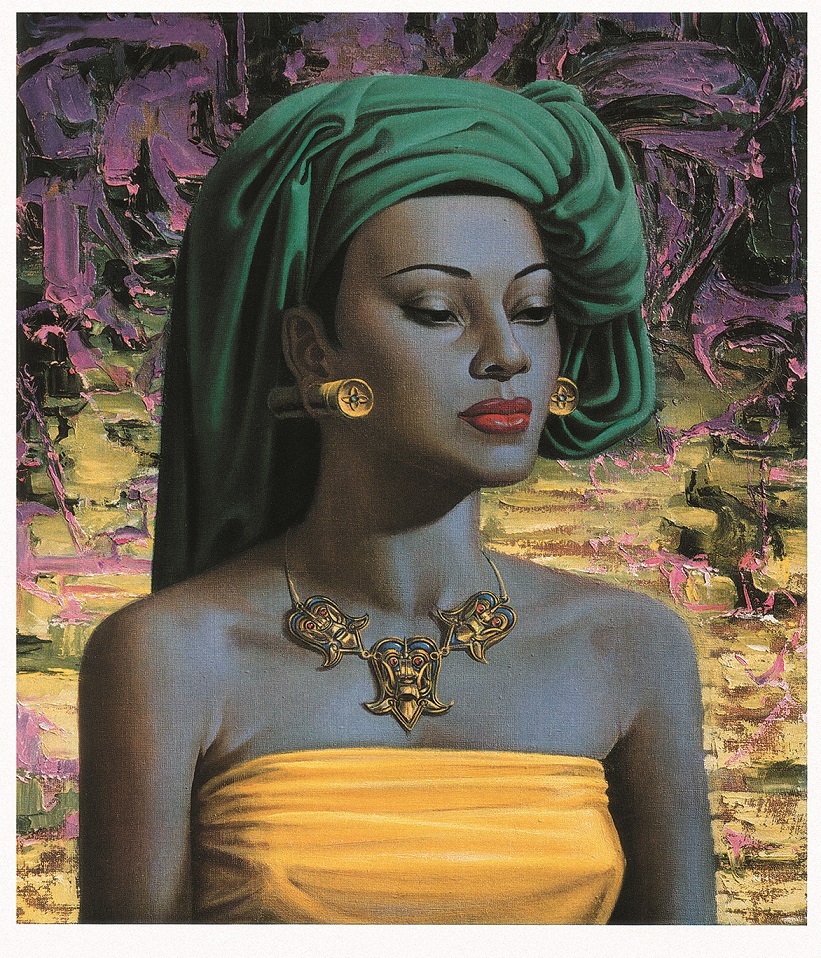 The artist Vladimir Tretchikoff (1913 – 2006) whose life story reads like the quintessential spy thriller, spent most of his life in Cape Town, South Africa, from where he painted prolifically. Having been mocked and ridiculed throughout his life by the art establishment, he kept painting his bright pictures to cheer up the world. 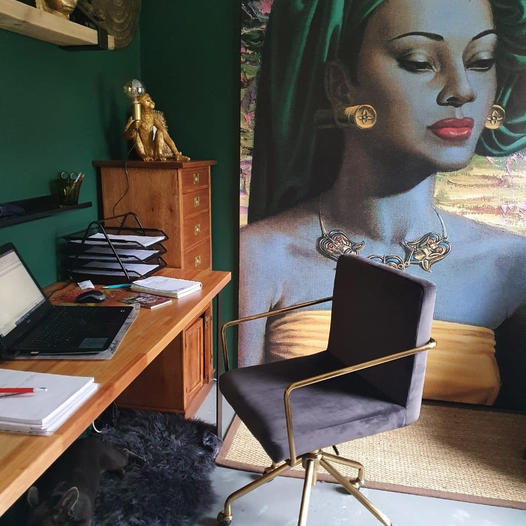 Balinese girl wallpaper – imagine working at your desk with this beautiful assistant!

Every picture tells a story, compelling the viewer to the intriguing subject matter. One can’t help but wonder, who is she? Where’s she off to? Who with? Why? It may well be this introspective and somewhat sentimental aspect of Tretchi’s work that has been captivating the world. His subjects – the many muses that caught Tretchi’s eye – were otherworldly beauties: Oriental, European, African – always exotic. 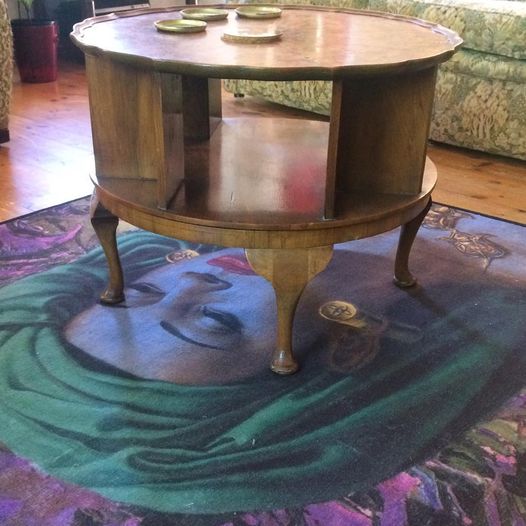 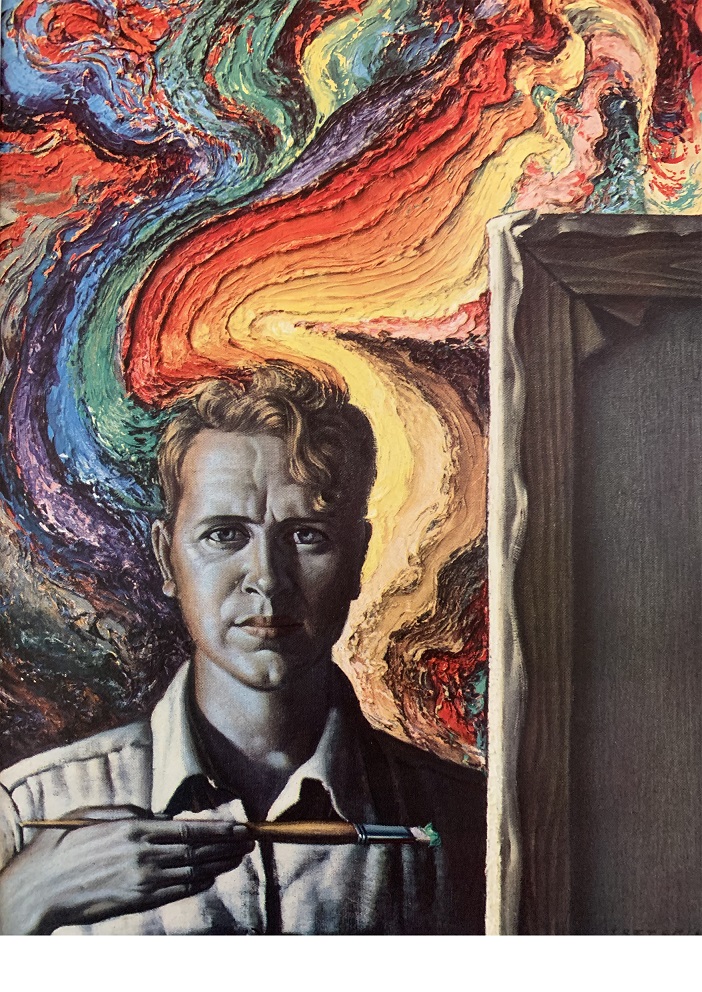 Self Portrait of the artist – angel faced and youthful

Tretchikoff was born in Russia but the Russian Revolution abruptly put an end to idyllic family life and his family ended up in Northern China. His extraordinary life’s journey took him to Shanghai, where he met his wife Natalie and from there to Singapore. When WW2 broke out he joined the British Ministry of Defence as a propaganda artist and said his goodbyes to his wife Natalie and daughter Mimi as they boarded a ship, not knowing whether he’ll ever see them again. He endured many hardships over the following few years, including bombardment, being on a small boat between life and death for weeks and being placed in solitary confinement, having been suspected of spying on behalf of the British. 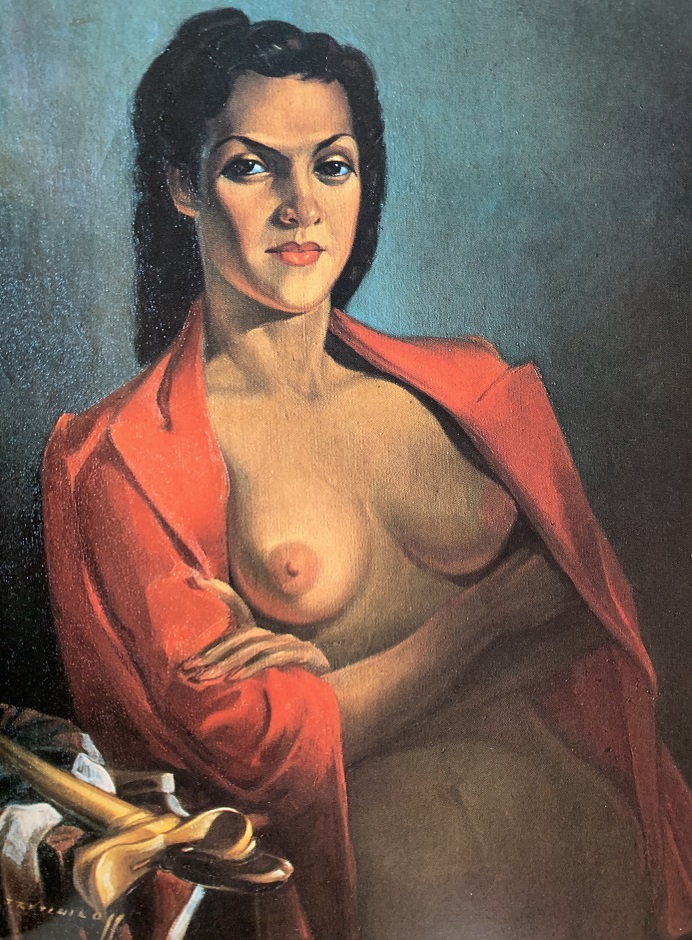 Red Jacket – the model was Tretchikoff’s lover in Java, Lenka. The jacket belonged to Lenka.

During his time in Java he met the other big love of his life, Leonora Moltema, a European- Asian beauty who came to have her portrait painted by him. The famous Red Jacket was painted with Leonora or ‘Lenka’ as model. After the war Tretchikoff discovered his wife and daughter had landed up in South Africa and forthwith headed to the southern point of Africa to be reunited with them. The rest is history! He lived a long and full life in Cape Town with his wife, daughter and 4 grandchildren. (Incidentally, at a ripe old age he was reunited with Monika Po-su-san, the model of Chinese Girl as well as with Lenka, the model of Red Jacket.) 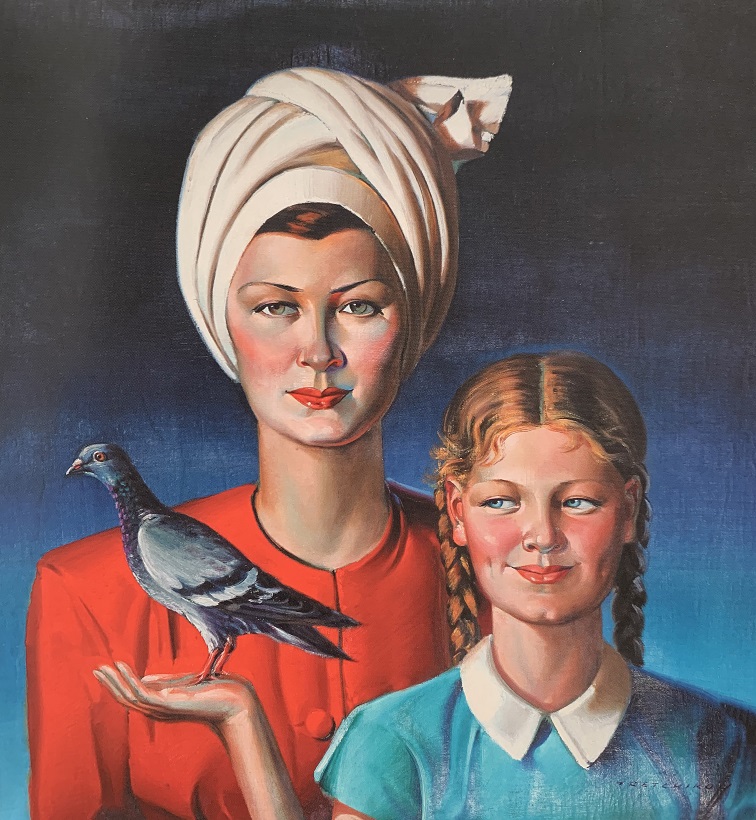 Natalie and Mimi, the artist’s wife and daughter and a pigeon that used to visit the artist as he was painting. 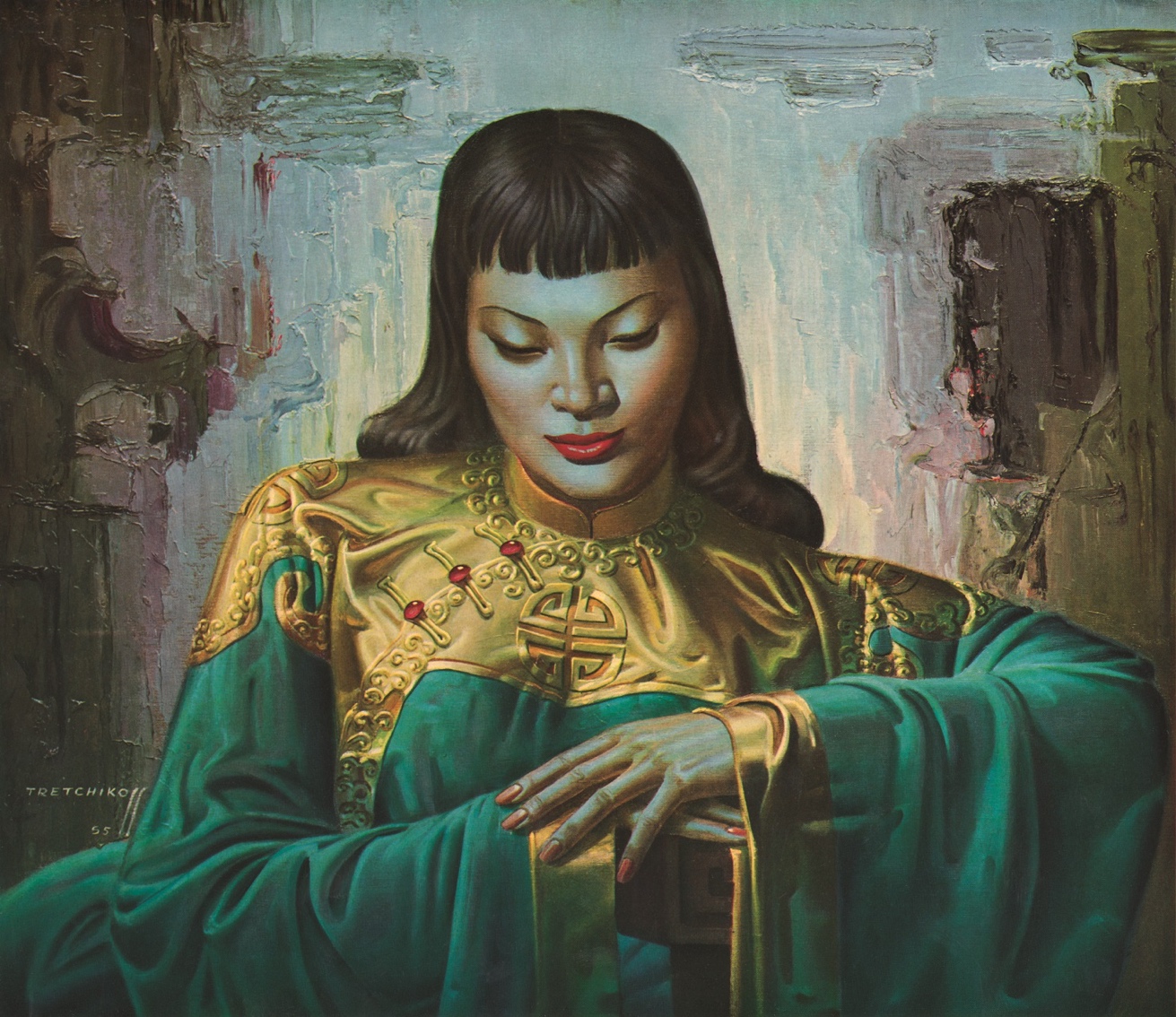 Lady from the Orient – serene and mysterious 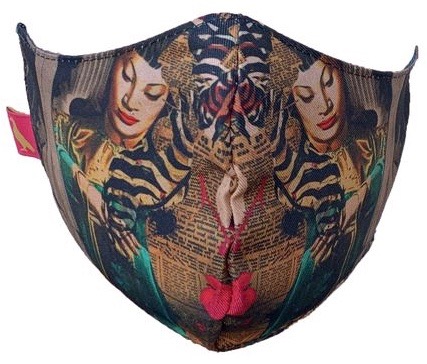 Lady from the Orient face mask – if we have to wear these, they may as well be exquisite! 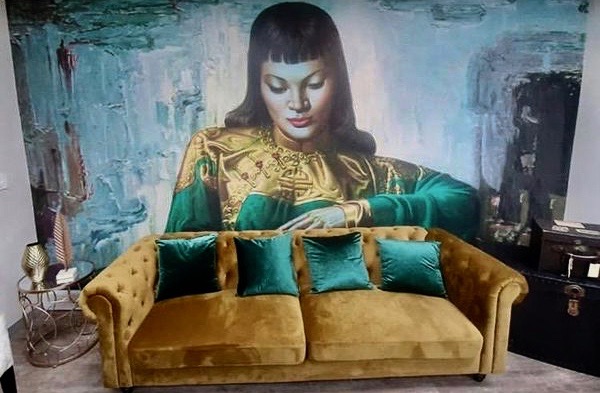 Lady from the Orient, with her calm beauty, makes any room a space to relax and unwind in – here in the shape of wallpaper. 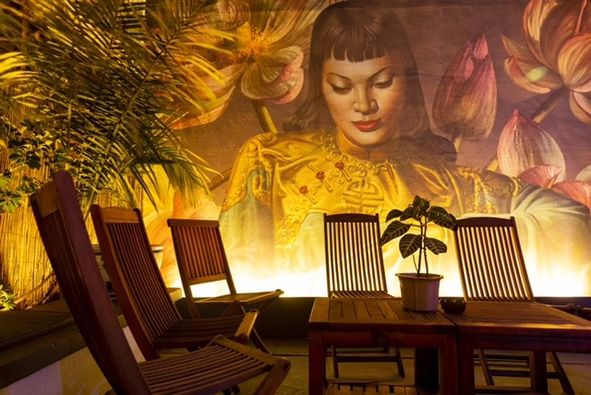 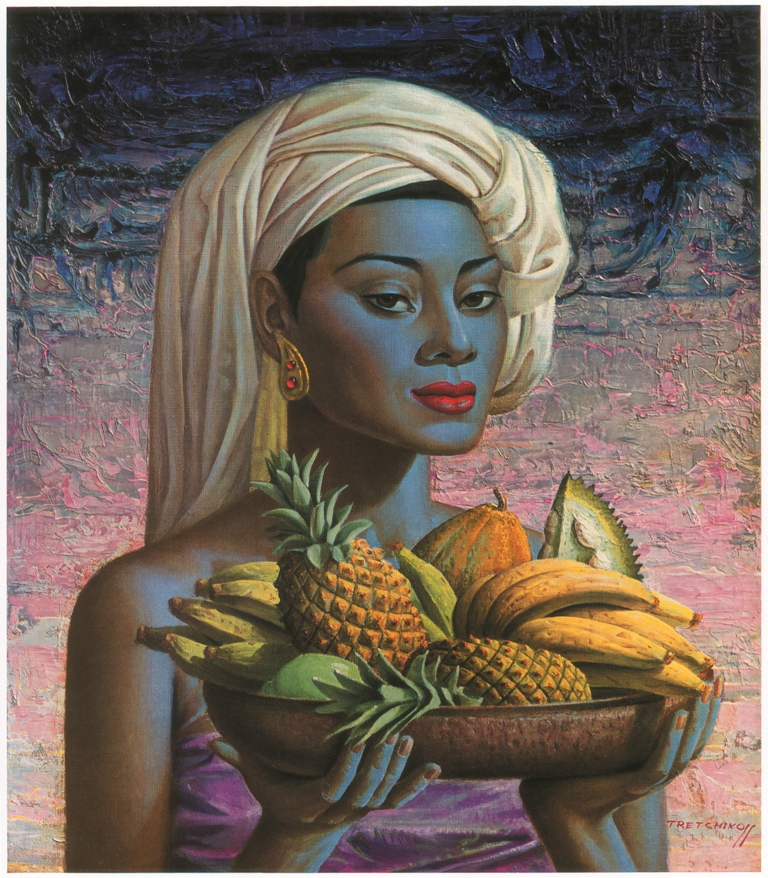 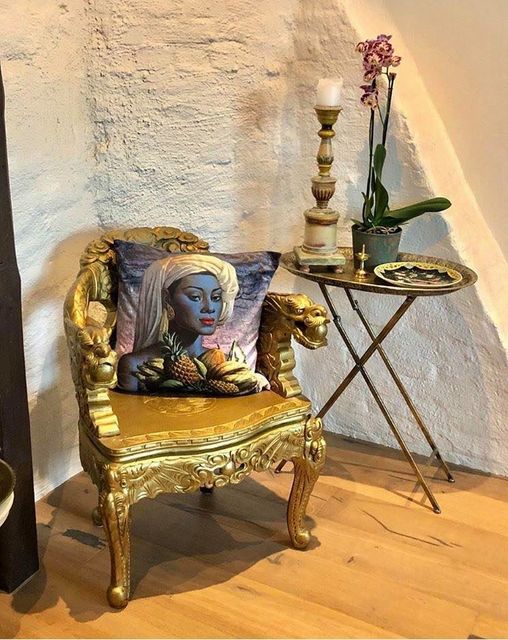 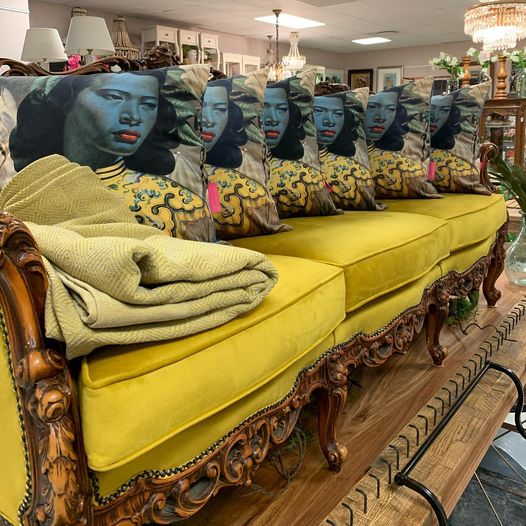 Chinese Girl cushions – one can never get enough of that mysterious face!

The most famous of his paintings is Chinese Girl, the model a local girl Monka Po-su-san who worked as a laundry assistant in the city. Believe it or not, this painting has sold more copies that the Mona Lisa! It’s made umpteen cameo appearances in films over the years (most notably Alfred Hitchcock’s Frenzy), has appeared in numerous music videos (David Bowie’s The Stars Are Out Tonight and The White Stripes’ Dead Leaves And The Dirty Ground, amongst others) and have been publically endorsed by art & design pundits Philippe Stark and Andy Warhol. 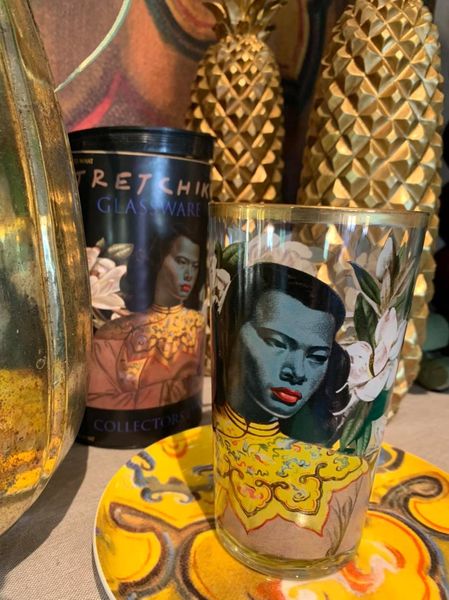 Chinese Girl, like all Tretchikoff’s work, has phenomenal crowd-appeal. The artist vowed that the masses should be able to afford his work, not just the superrich. One of the very first painters to deliberately mass produce printed copies of his own work, he went out of his way to exhibit in places accessible to the average Joe, like banks and shopping centres. 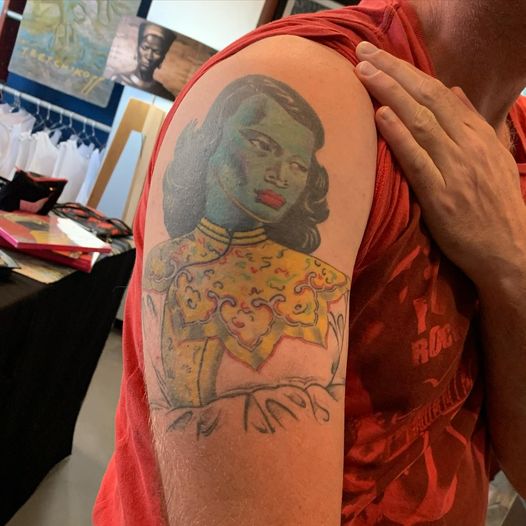 A tattoo of Chinese Girl – that’s what you call eternal Tretchikoff love!

Chinese Girl – the painting – came home to South Africa after decades in Chicago, when jeweller Laurence Graff purchased it to take grace the entrance of his prestigious Delaire Graff wine estate outside Stellenbosch, South Africa. It’s placed in such close proximity to the public that one can touch it, should you wish to! 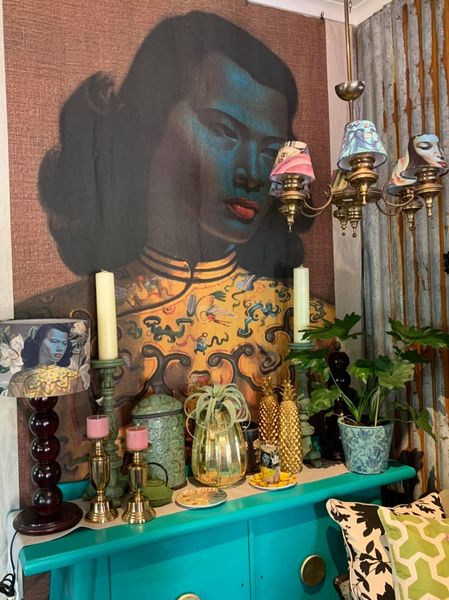 She glams up any room! Chinese Girl fabric wall hanging and lamp shades

There’s no doubt ‘The King Of Kitsch’ captured the imagination of a generation in the Sixties and Seventies, but his work is as covetable today as it was a few decades ago. With the recent revival of Sixties and Seventies retro, Tretchi’s work is yet again in huge demand with a new generation, who, with a fresh eye, has a renewed appreciation for these sentimental, if perhaps somewhat garish, works. If you open a glossy international design magazine today, chances are you’re likely to spot a piece of Tretchikoff ensconced somewhere between the adverts for Alessi’s kitchenware, Paul Smith designer towels and Ralph Lauren faux fur bed throws. 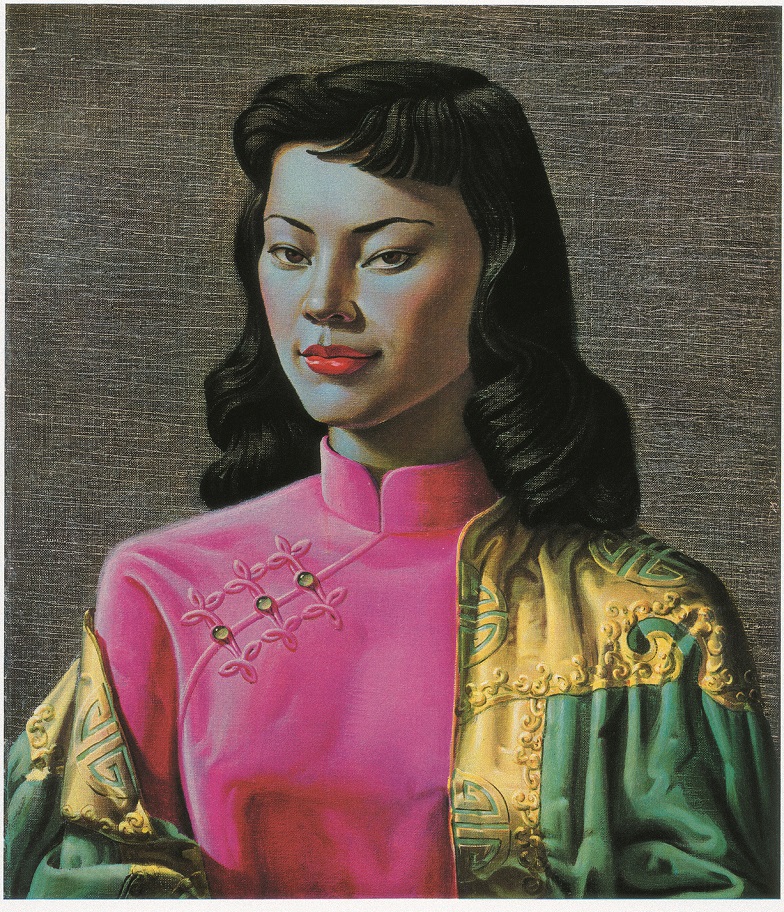 Miss Wong – or Valery Howe, a French-Chinese woman Tretchikoff met when she walked her dogs in a Cape Town seaside neighbourhood was the model for this iconic portrait. 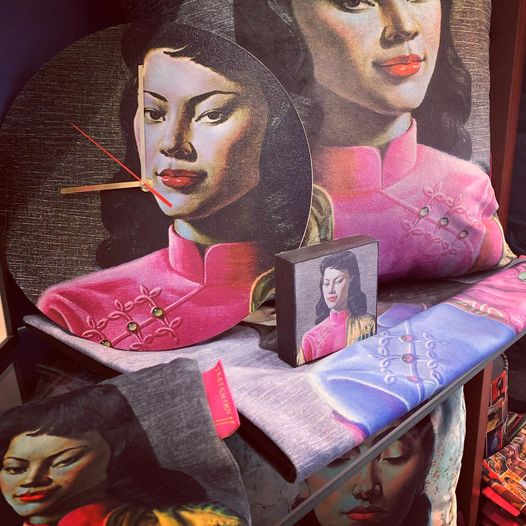 Looking at that beautiful face every time you wonder what the time is … Miss Wong cushion covers, wall clock and coaster set 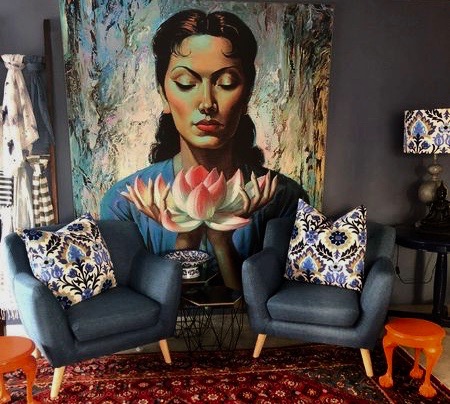 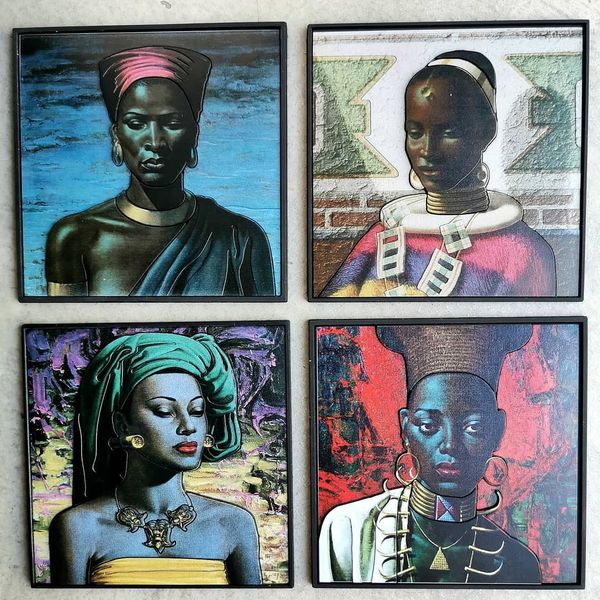 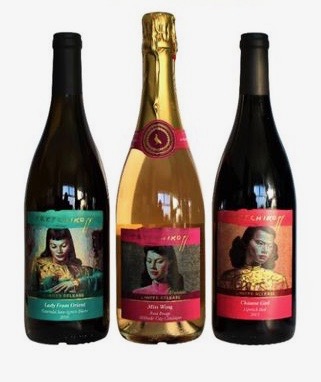 The Tretchikoff Foundation in Cape Town is the guardian of Vladimir Tretchikoff’s artistic property. It protects and promotes Tretchi’s body of work and operates from a quaint shop in Cape Town’s designer neighbourhood of Woodstock, from where it sells an inspired range of Tretchikoff products – from yoga mats to wall clocks – all with the unmistakable Tretchi magic. It ensures that, true to the artist’s ethos of wanting all of us to inhabit a piece of the magical and colourful world of Tretchikoff, we can go about our daily business in the presence of this phenomenal success story – whether we drink our juice from a Chinese Girl drinking glass, pin our photographs to the fridge with a Balinese Girl fridge magnet, carry our small change in a Dying Swan purse or observe our social distancing protocols by wearing a Malay Bride face mask. Believe me, your life will be all the more colourful for it.

For the full range of products, see: