The 1916 Tour – Beyond Barricades’ is a dramatic, theatrical tour. Navigating the city across barricades and time, propel yourself into the historical rebellion that would shape a nation on board a specially designed bus with performances by award-winning theatre company ANU Productions. 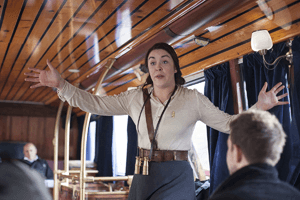 From the moment guests arrive at the first stop they are thrown into the midst of Easter 1916, as prominent Irish republican Helena Moloney, who fought front and centre during the rebellion, guides them onto the bus in the midst of the sounds of gunfire and commotion. 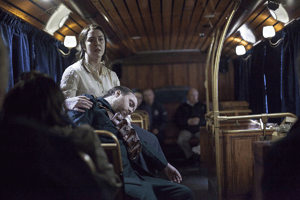 Thus begins a thought-provoking and interactive 90 minute tour taking in some of the most prominent scenes of Easter Monday 1916 and its direct aftermath, including City Hall, Dublin Castle, St. Stephen’s Green, Four Courts, North King Street and the GPO. 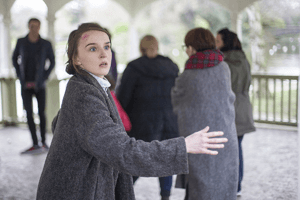 Hear the real stories of people behind the Rising including the struggle of the female leaders and the tearful words of Nora Connolly’s last goodbye to her father James.Setting off from Dublin Bus HQ, 59 Upper O’Connell Street, this extraordinary journey through time stops at major sites hailed as the backbone of the 1916 Rising. 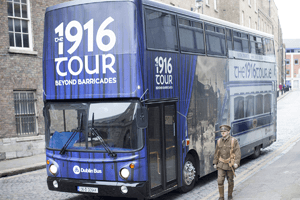