Every Day is a Celebration at Kilkenny Arts Week

Since 1974, Kilkenny Arts Festival has gathered many of the world’s finest musicians, performers, writers and artists in Ireland’s medieval city each August.  For ten days, the city’s historic churches, castle, courtyards, townhouses and gardens offer a magical setting for unique collaborations and intimate encounters between audiences and artists. 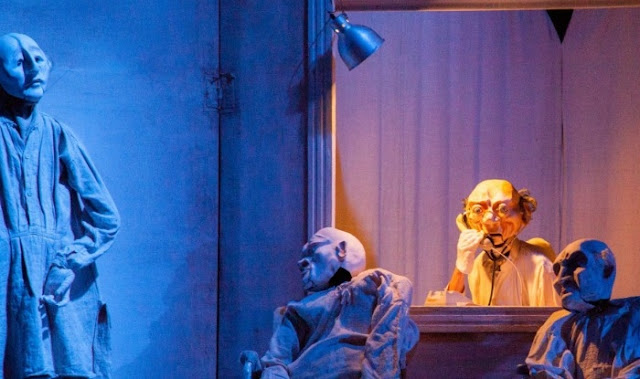 A group of psychiatric patients live under the tyrannical rule of Nurse Ratchet. Into this purgatory steps McMurphy, a charismatic, life-loving rogue who challenges Ratchet’s power with insolence and laughter. No-one knows why he has been committed – is he even insane? A battle of wits begins as McMurphy’s irrepressible life force sweeps through the ward towards a denouement worthy of Greek tragedy…
This one is a combination of Ken Kesey’s original novel with the company’s uniquely comic slant and mastery of puppetry and masks.

Having enchanted countless audiences worldwide, the legendary travelling ensemble Footsbarn will be pitching its famous tent in the heart of Kilkenny’s medieval city for our 2016 Festival. Their multinational performers transcend the barrier of language with a unique blend of visual theatre, masks, music and magic.
Daily Show from 5th August – 13th August,  7:30pm
Duration 90 mins
Tickets – €28/€25 Family Ticket €80
BOOK NOW