The release of Egon Müller’s wines is one of the most awaited for Riesling lovers all over the world and today we offer you a selection of wines from the 2016 and 2017 vintages.

Egon Müller IV is the current head of the dynasty of winemakers established by his great grandfather who bought Germany’s most famous vineyard Scharzhofberg in 1797. Today the estate owns eight hectares of vines on this incredibly steep south-facing slope, overlooking the Saar tributary of the Mosel River near the village of Wiltingen, just thirty kilometres east of Luxembourg.

With a world-wide demand, availability of these wines is very limited, especially for the extremely rare magnums we have available from the 2016 vintage.

“This was picked in November, after the 10-day pause called at the estate. By then, along with additional phenolic evolution and air-dried concentration, the Braune Kupp bunches, unlike those in the Scharzhofberg, had acquired a small but significant measure of noble rot – botrytis of a clean, relatively dry sort that did not in any way preclude precision and clarity in the resultant wine. “It’s unusual to let the grapes hang this long in the Kupp,” explained Veronika Lintner, “because this site is usually where botrytis begins, so it’s where we start picking.” High-toned evocations of purple plum and quince on the nose anticipate a glycerol-slicked yet brightly juicy palate suggestive of quince preserves mingled with tart-edged, singed purple plum and smoky black tea. A tactile sharpness akin to pineapple core ratchets up the wince-inducing sense of invigoration, yet there is a simultaneous sense of textural silkiness. The paradox of richness and brightness continues in a startlingly concentrated, penetrating and almost tear-jerkingly gripping yet at the same time enveloping and richly mouth-coating finish.”
96/100. David Schildknecht, Vinous

“Once again this year, Müller kept separate the wine sourced from his one remaining single-post-trained parcel, planted in 1958. This year, there was just a single such bottling, as the two casks were judged to play well together. The minimum price (once again eye-watering!) was set at auction, but the winery retains a substantial share for future sale. A soaring nose and luscious, tinglingly bright palate of white peach, white currant and lemon display formidable concentration allied to utmost delicacy. And even on the nose there are strongly stony and marine mineral intimations. The finish adds a mustard-seed-like crunch and sizzle, along with a wealth of mouthwateringly savory salinity and stony depth. This exhibits the sort of subtle, adeptly integrated sweetness for which the elusive but nowadays much-used (perhaps often misused) descriptor feinherb strikes me as fitting. “At one time, a portion of these vines were often left hanging in hope of Eiswein,” noted Veronika Lintner, “but as Eisweins have become fewer and resulted in a lot of grapes being lost, that seemed a real shame and it was decided to attempt Eiswein in a different parcel” (an attempt in which the estate in fact succeeded in this vintage).
94/100. David Schildknecht, Vinous

“Scents of white peach, white currant, lime and grapefruit lead to a lusciously fruited palate strongly citric in its bright juiciness but with less naked sense of electric acidity than in the corresponding Kabinett, or in this year’s Braune Kupp Spätlese. There is even a hint of creaminess to the texture. A mingling of ripe honeydew melon with alluring, honeysuckle-like inner-mouth perfume further enhances the sense of advanced phenolic evolution that resulted from picking in November, 10 days after the last grapes for Kabinett. To cite “deftly integrated acids and residual sugar” doesn’t begin to do justice to what is displayed here. And yet the finish, as long-lasting as it is, comes off as restrained and tucked in at the edges, no doubt pointing to a wine very much in need of bottle age to show its true potential.”
94/100. David Schildknecht, Vinous 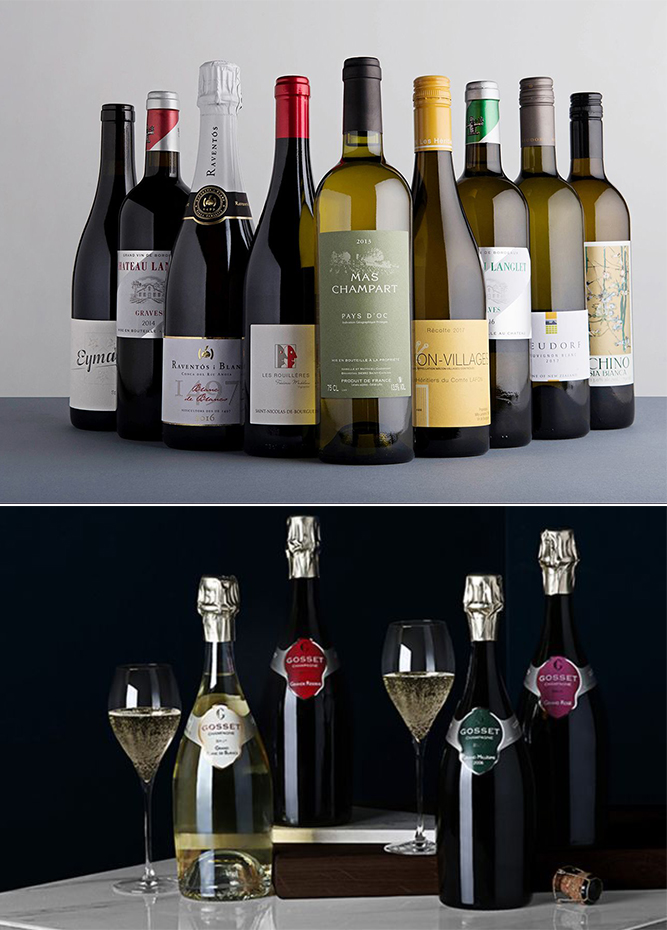