Imagine M.I.A. ‘Borders’ playing full blast and a plethora of vivid soldier-turned-rockstar apparel was sashaying towards you and you would get close to how it felt to be at the House of Holland display of its latest collection at London Fashion Week. Vogue columnist Aimee Farrell dubbed the show “boisterous and brilliant” and she couldn’t be more right.

Highlighted in his talk after the show, Holland outlined that the collection titled ‘Global Citizen’ in fact was a political statement of unity; “The show is about a global explorer” Holland explained, therefore the song choice was not just a banging tune but used to enhance Holland’s message of the importance of being a global citizen part of one community, the human race, in a time when current politics seems to be overrun with border issues. 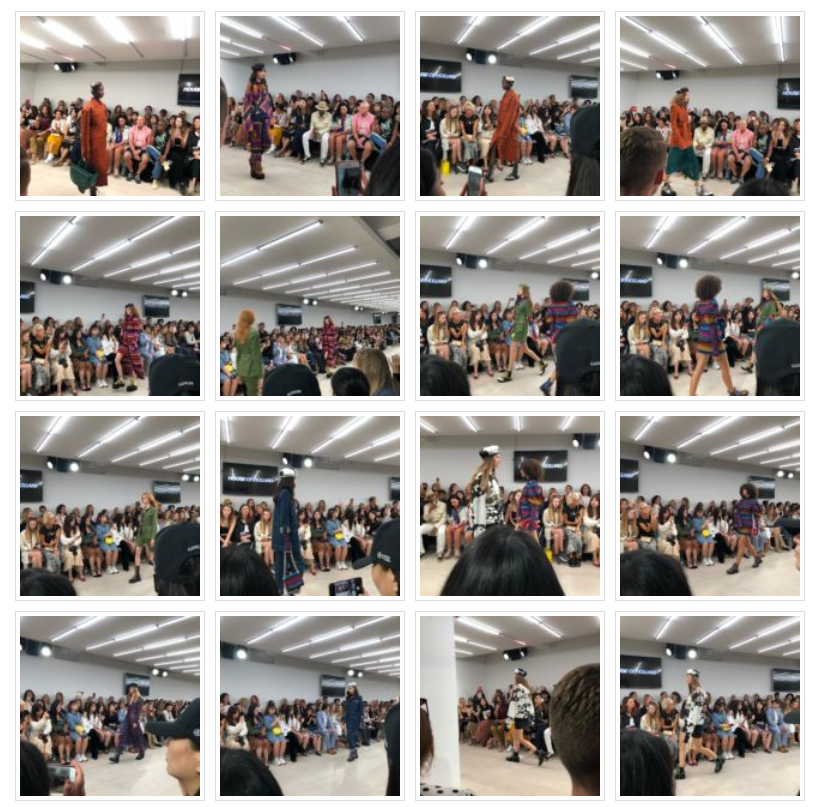 It was rebellious from start to finish. Holland wants the clothes to reflect the woman that wears them; “she’s a really tough, really hard, empowered woman and she’s pretty pissed off about the state of the world and ready to take control”.2 This message resonates in the military boiler suits, soldier-esque berets in vibrant cow print and the hardy shoes which were in a league of their own. Holland has collaborated with Grenson to produce hiking boots with heavy-duty soles and effervescent laces as if they had been ripped off a rogue adventurers backpack as our globetrotter went to her next location. These heavy-duty boots balance out perfectly the sultry, energetic, figure-skimming silk dresses in a bold dynamic. 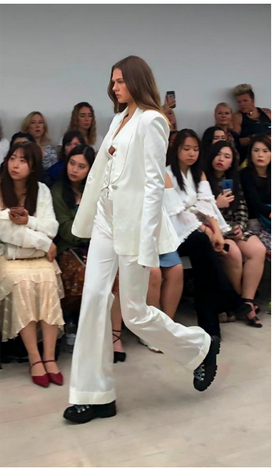 Holland creates this global style through a collision of East and West; pairing cowboy cow print with Mandarin collars and obi sashes.3 Equally the tartan which may appear  quintessentially British is reinvented with eye-catching orange to provide a more Mexican feel to the piece. It is no surprise the collection is such a saturated colour kaleidoscope for the eye as Holland confesses that he uses colour to pick up his mood and hopes to extend that into the universe which is likely with his radioactive orange silk high neck dress paired with 90s baggy blue jeans and boots.

The star of the show, however, had to be the white satin three-piece suit which gave sincere 007 vibes but paired with no shirt and the trusty hiking boots meant that this secret agent would be the first to bust out of the super villain’s gala should it be required. There is a dangerous edge and utilitarianism to this collection – it means business. It’s a collection with the volume turned up so that you tune in to its political message which makes it more than just an eye-catching fashion statement.