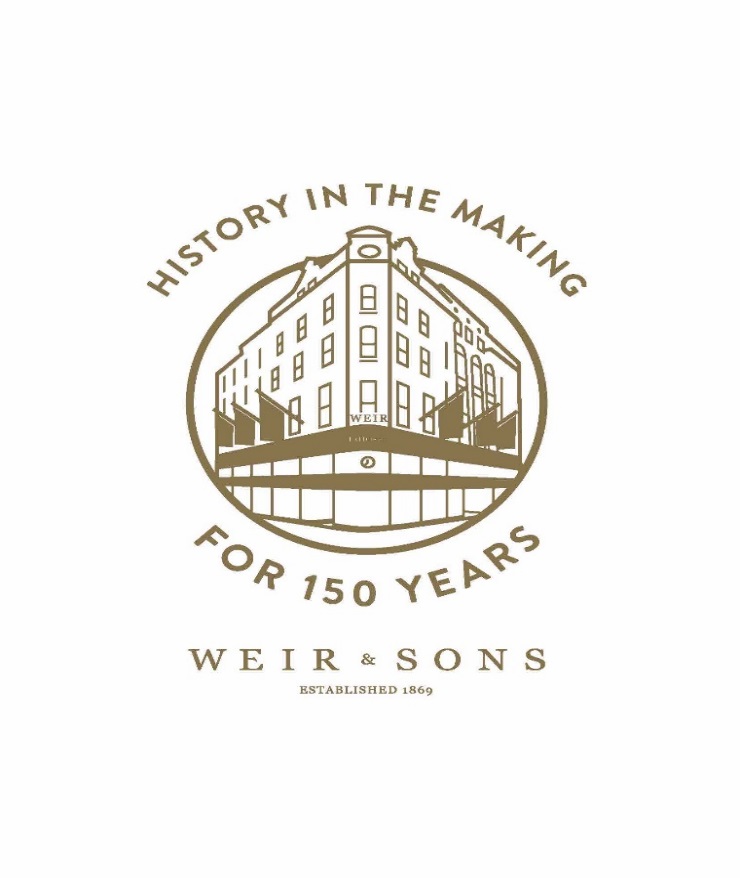 Weir & Sons are delighted to present Ambition, a specially produced brand advert to celebrate their 150th year in business. The advert follows the story of Thomas Weir, a jeweller who arrives from Glasgow, Scotland in 1865. The narrative chronicles his early career as an apprentice jeweller in Dublin, to the founding of his first store in 1869. His plot merges with that of a modern-day female character, who shares the same ambition and work ethic, 150 years later. Her story charters her grafting through college, working hard in a part time job and ultimately through hard work achieving her goals.

Speaking about the advert, Marketing Manager and the fifth generation of Weir & Sons Lucinda Andrews is “Delighted with our ad produced by Banjoman Films. It really captures what Weir & Sons are about, a mixture of heritage and modernity. We love the link to ambition and we love being there for people’s life moments. It is the first time Weir & Sons will have a cinema campaign also which is very exciting”.

Ambition will be in selected cinemas later this month, and is available to view today on YouTube.