Alexander James & BFC celebrate the opening of One More Slope 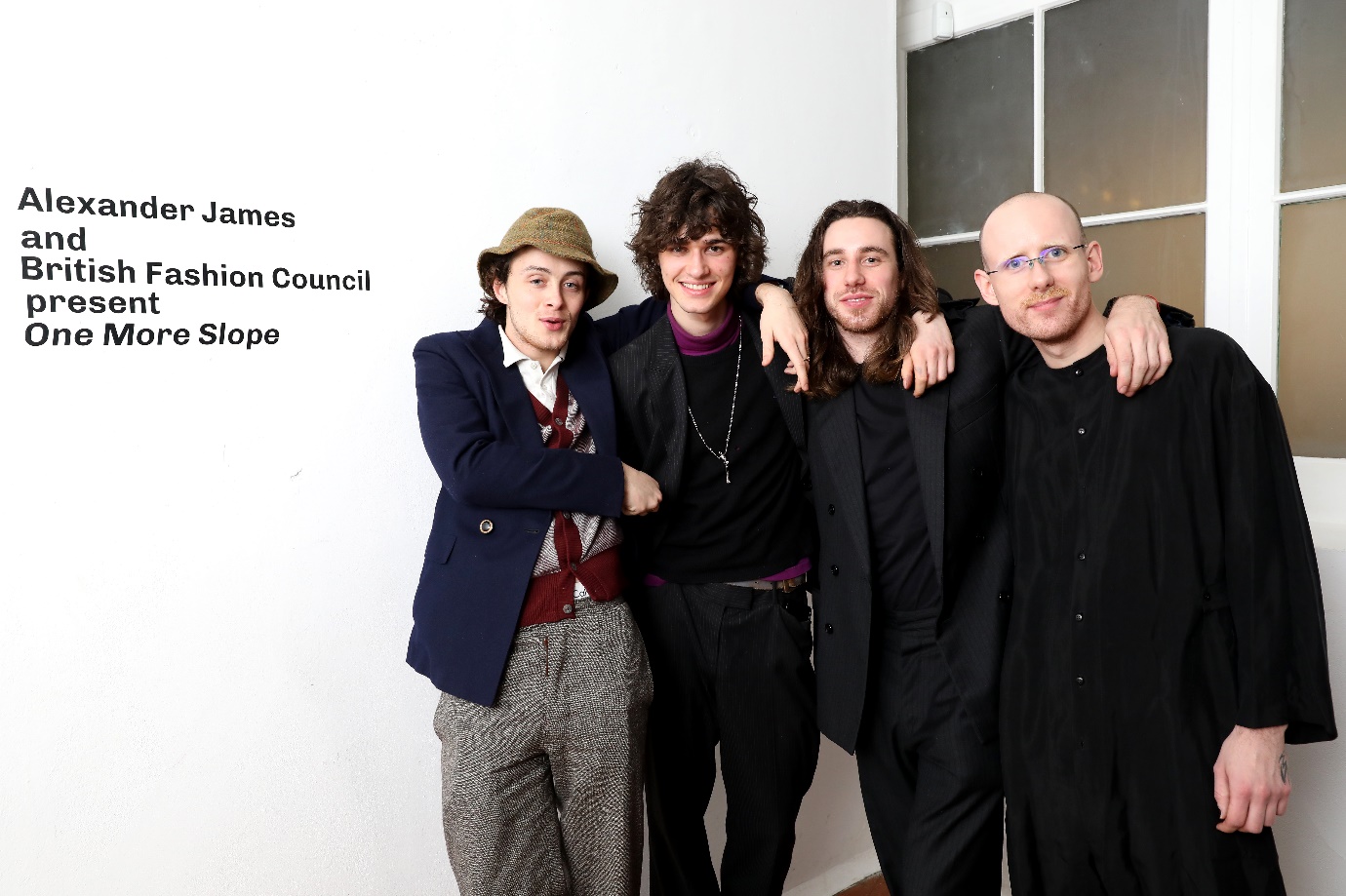 London, 7th January – Yesterday evening, Alexander James and the British Fashion Council celebrated the opening of One More Slope, a group show curated by Alexander James in collaboration with BFC NEW WAVE: Creatives, a list of the most innovative young creative talent across multiple disciplines, as nominated by The Fashion Awards 2019 international voting panel.

Guests were served gin cocktails by Slingsby and mocktails by Amplify.

The exhibition, which will be open for private appointments from 7th – 13th January, is part of the British Fashion Council’s larger initiative to highlight the relationship between the creative industries by celebrating not only fashion designers, but also the broader creative community who all play a vital role in our industry’s culture and reputation.

Alexander James is a British born multimedia artist. His practice spans diverse media, including painting, sculpture, video and installation. Alexander James graduated with a Bachelor of Arts degree from Camberwell College of Arts in London where he studied illustration from 2012 to 2015. He has exhibited his works in London, Berlin, Paris and New York.

Creatives The British Fashion Council’s NEW WAVE: Creatives is a list of 100 of the most innovative and inspiring young creative talents from around the world, nominated by The Fashion Awards international voting panel. The dynamic list includes trailblazers from across multiple disciplines from artists, activists, casting agents, commentators, florists, hair and makeup artists, image makers, nail artists, set designers, stylists and writers.