THERE was a time when the happy tradition of Little Christmas would become victim to the 21st century, the time-honoured festival of Nollaig na mBan consigned to the return to work and school after the holiday season in December. 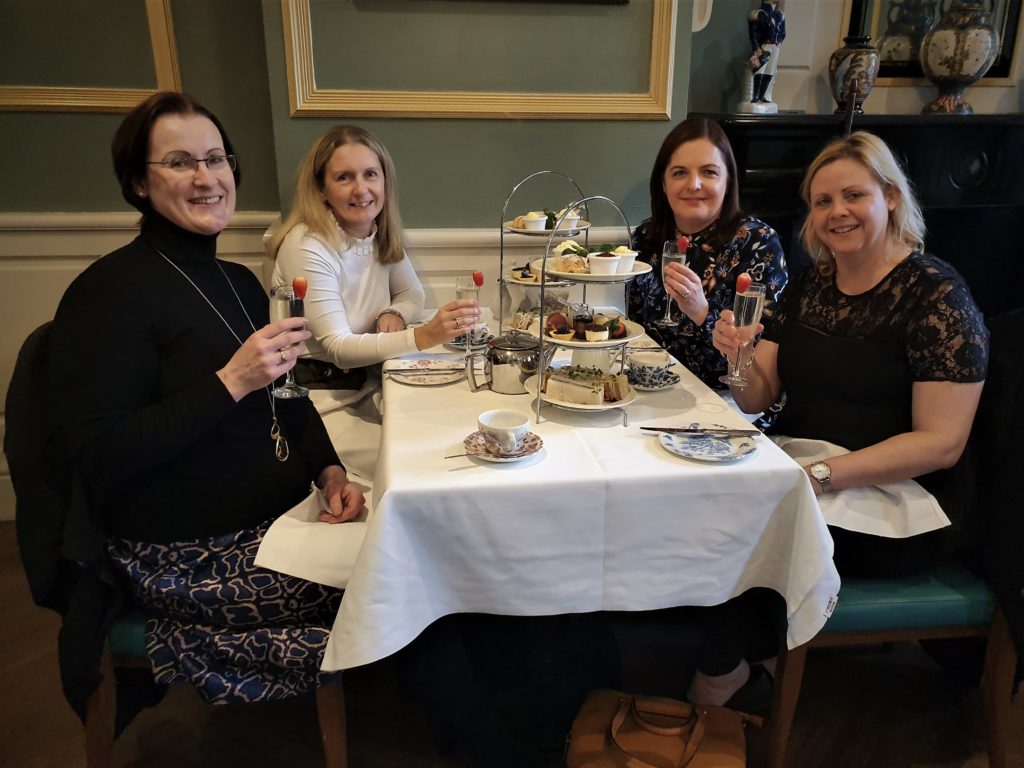 In recent years though women everywhere are coming together once again for the once widely celebrated ‘Women’s Christmas’ or ‘Little Christmas’ to mark the end of the holiday season on 6th January.

Rooted in the Victorian Era and celebrated as a day when all the cooking and cleaning came to an end, women everywhere, but particularly in the southwest of Ireland took off their aprons, handed over the care of household and children to the men and headed off for a glass in the local pub along with some good hot food – cooked for once by someone else. 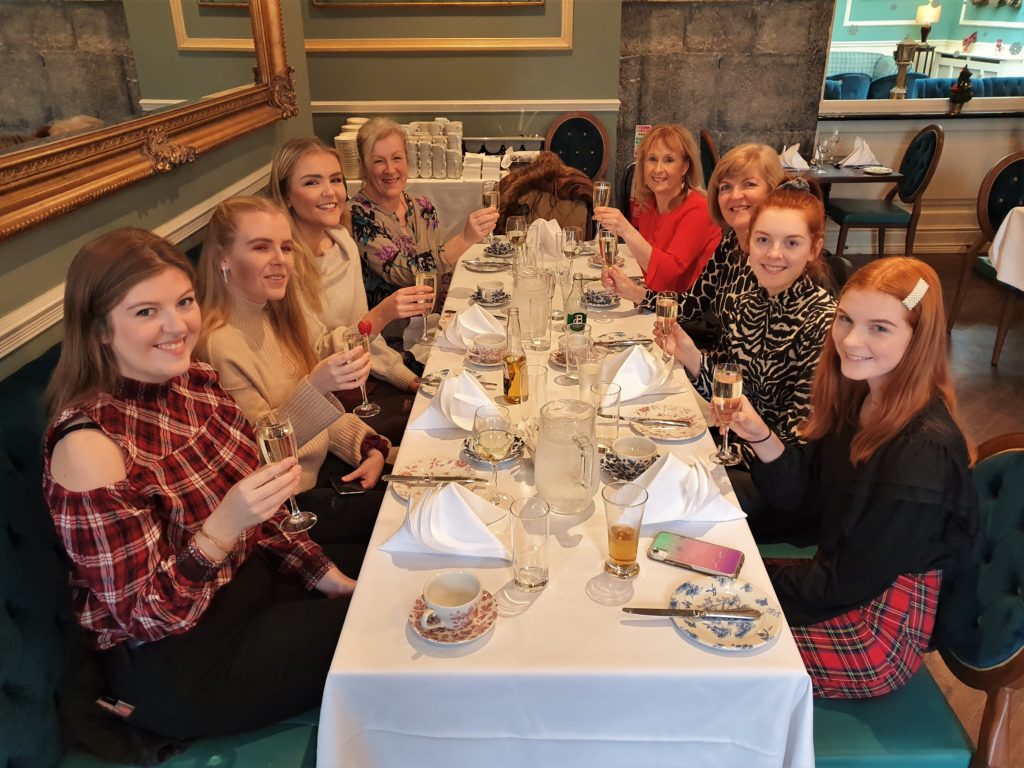 The Langley and Lawlor family clockwise from left, Ciara, Eva, Alana, Jean, Carol, Jo, Kate and Tara got together for Little Christmas at Celbridge Manor in County Kildare, Ireland

With fewer women in traditional roles of child-rearing and home management as the decades passed, Nollaig na mBan fell further into obscurity while circumstance and opportunity demanded attention on the work week. It was an unhappy demise to a tradition where families of women along with their friends celebrated themselves.

“I think it is important to celebrate women and Women’s or Little Christmas has always recognised that,” said Niamh Fawl, a career woman who has been in the corporate world in the US as well as in her home country of Ireland. “There have always been men as well who are there for their women and there are men like that in my family, really there for their women.”

What seems to have sparked a resurgence has been an update in its purpose while retaining the core values of Little Christmas; the day is still a chance for women everywhere to put aside all the work and stress involved in the main event, however pleasurable but with at least one new, significant difference, one which gives the celebration that would otherwise simply mark Epiphany, the traditional recognition of when the Three Wise Men finally made it the Christ Child after his birth according to Christian faith. 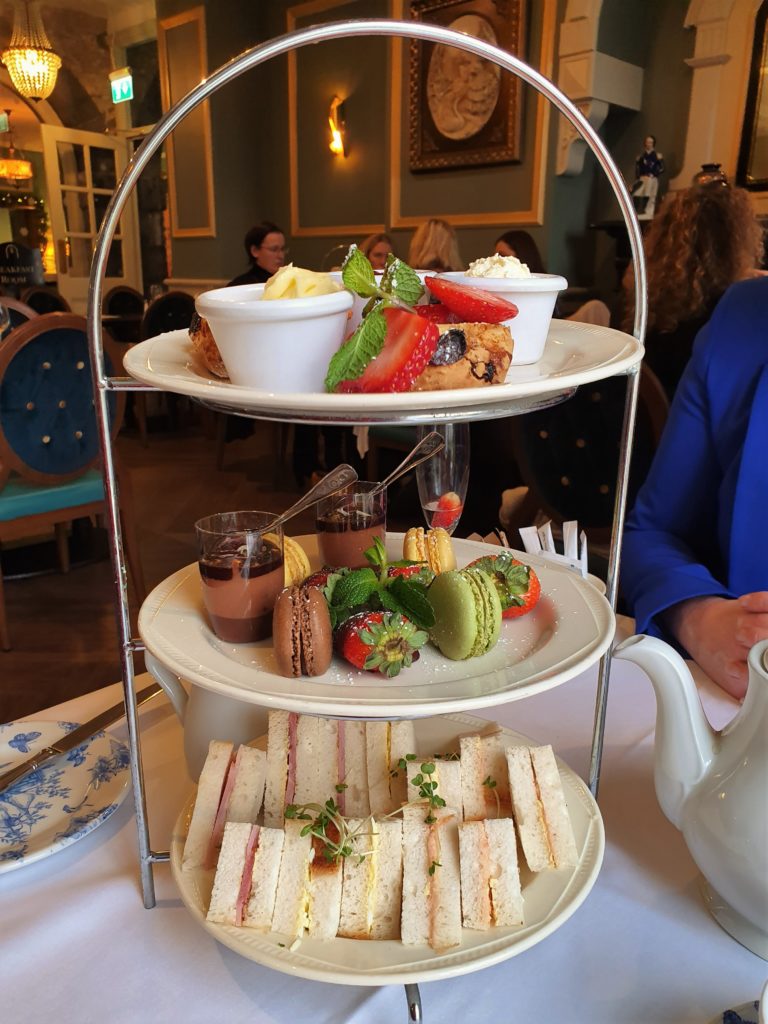 The theme of Little Christmas at Celbridge Manor Hotel in County Kildare, Ireland, was Afternoon Tea

“This year we decided to have Afternoon Tea,” said Stafford Chamberly, Head Chef of Celbridge Manor Hotel in County Kildare, Ireland, who last year launched the tradition with a taster menu. “Little Christmas is when women get their break. It is after the long days of cooking and all the shopping involved. It is a time when we get to give back just a little bit and it is what has inspired us here at Celbridge Manor Hotel.”

At the core of the shift to update the tradition of Little Christmas, Irish women everywhere on the day are enjoying the gift of giving back as recipients or instigators. In hotels and pubs across Ireland, women gathered to simply enjoy each other’s company without the pressure of having to be somewhere else or meet any of the normal and seasonal daily demands, and many enjoyed themed celebrations such as Afternoon Tea at Celbridge Manor Hotel.

Meanwhile in Ireland other women, some in their hundreds, gathered for scrumptious food served in a variety of venues, the cost of their celebrations largely on behalf of a number of deserving charities.

Irish women who celebrate Nollaig na mBan in this second decade of the 21st century have wisely shifted their attention away from their predecessors’ traditional workplace in the home to charitable support because they can while carrying on a time-honoured tradition, on a day when women celebrate each other, marking the end of another Christmas season.