The black and white images feature an assortment of apparently black or white looks, plus one or two more in silver. Nearly all of them are a-sparkle with sequins—not just the bubble-hemmed dresses that get the party started and the 1960s A-line gowns that close the look book, but also the trenchcoats that are integral to Watanabe’s oeuvre and the biker shorts that are a stylish nod to a silhouette that’s trending on the street. 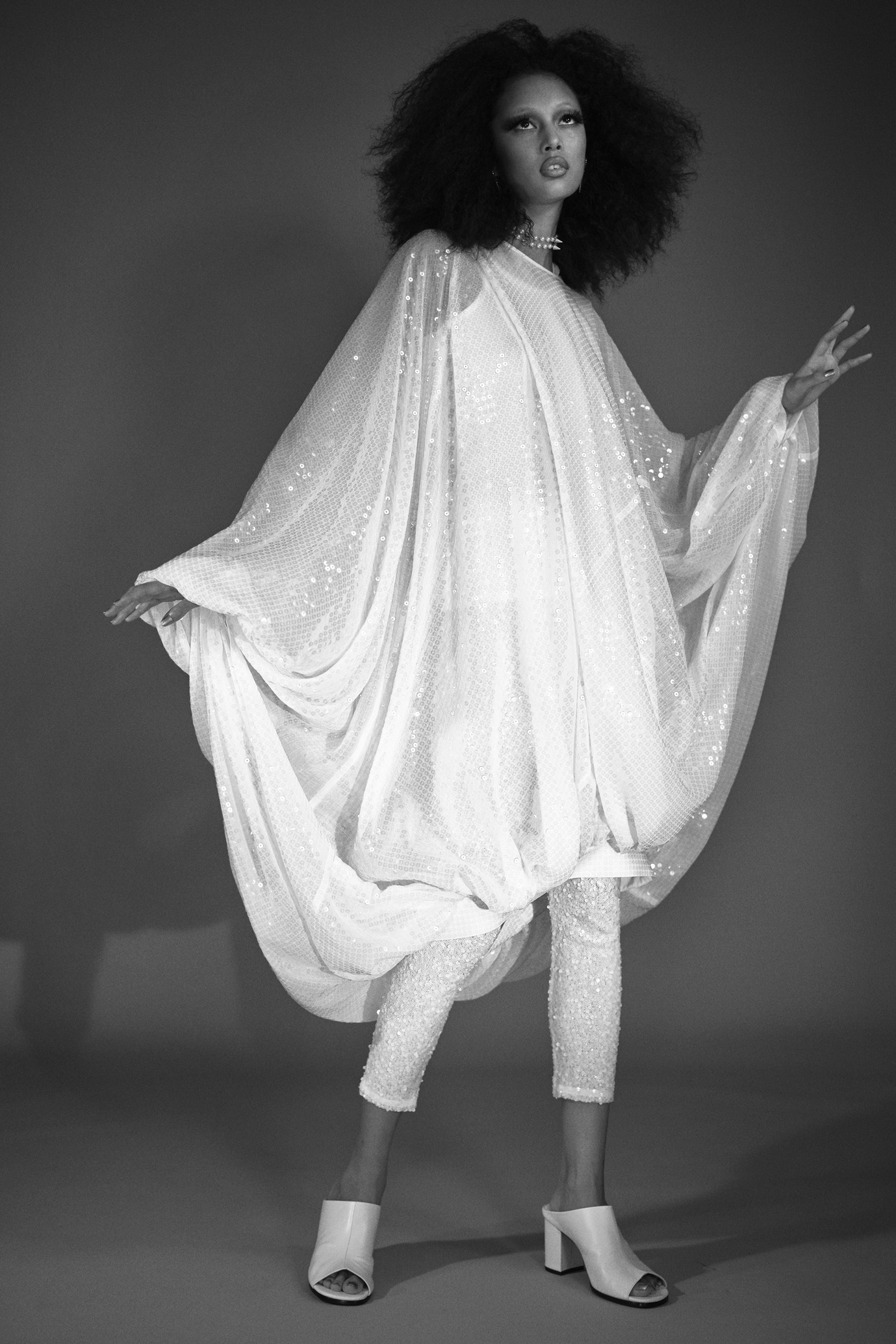 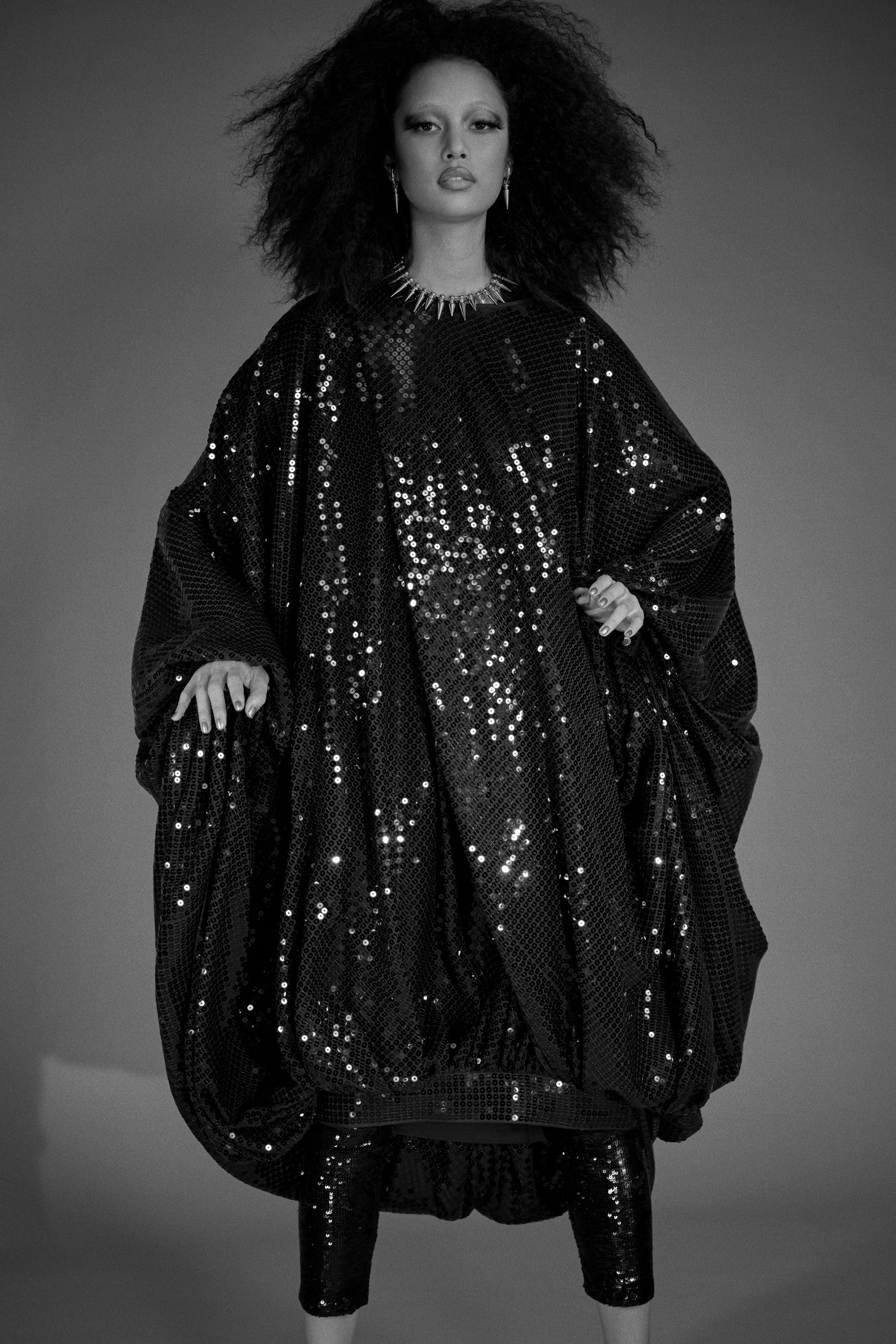 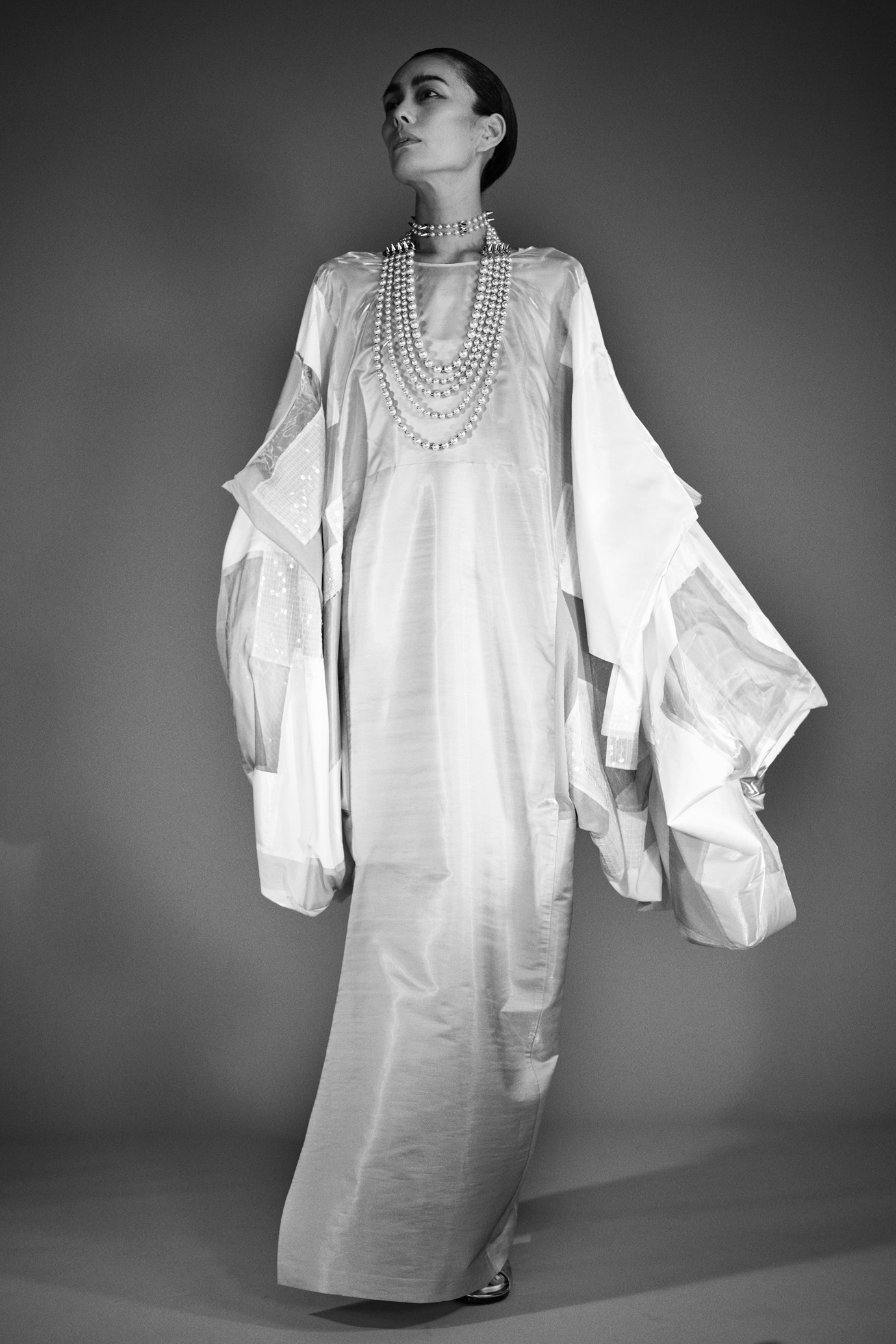 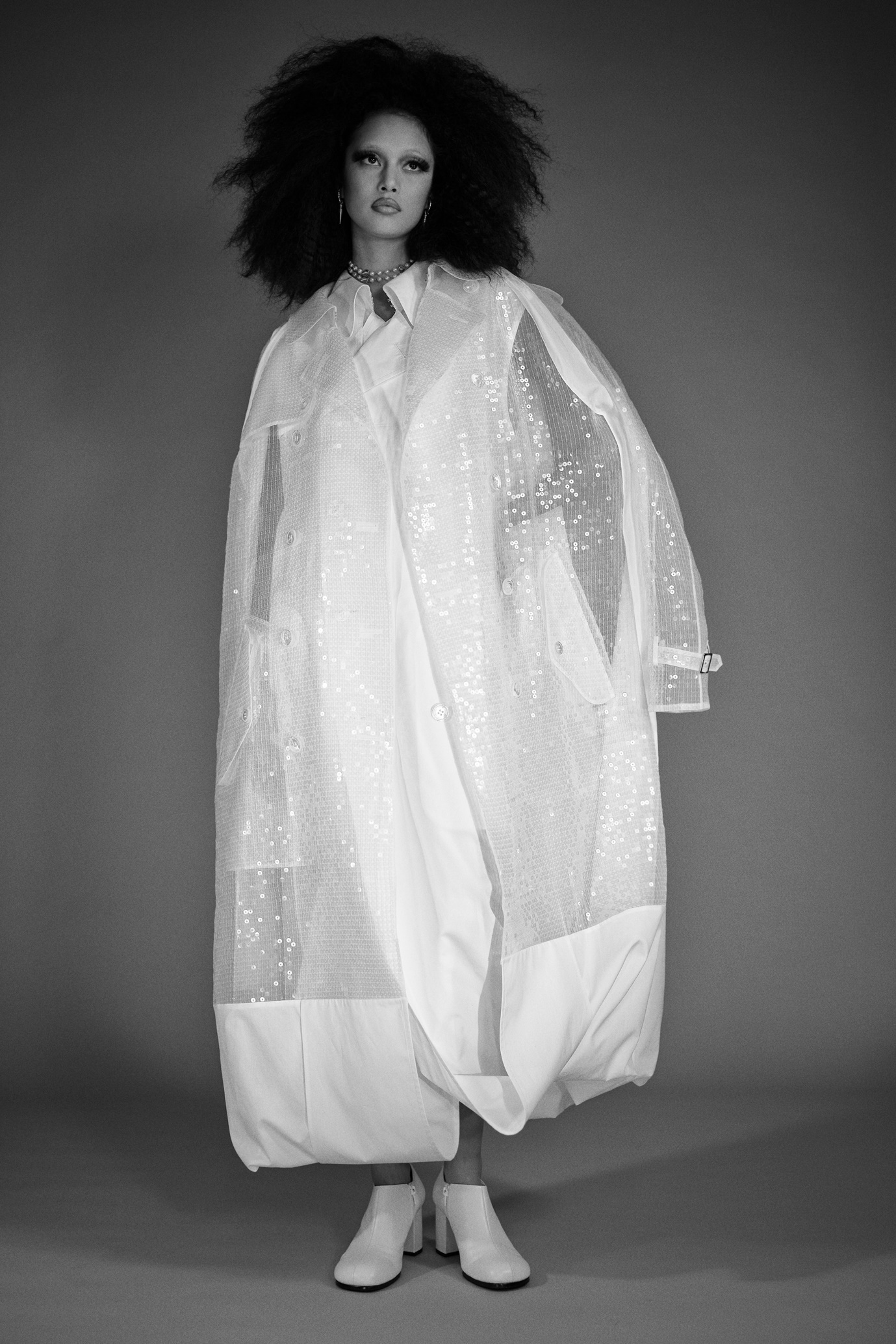 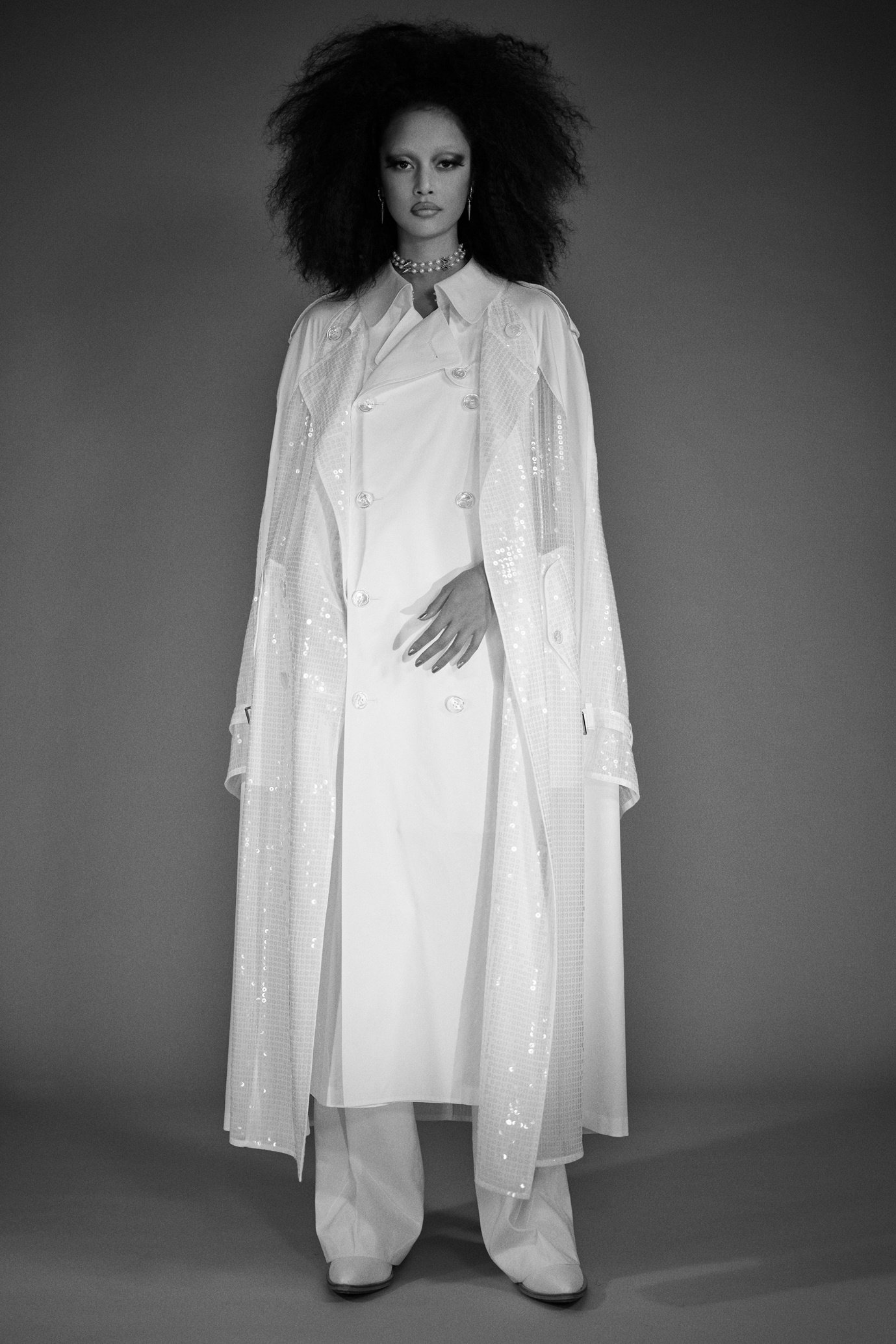 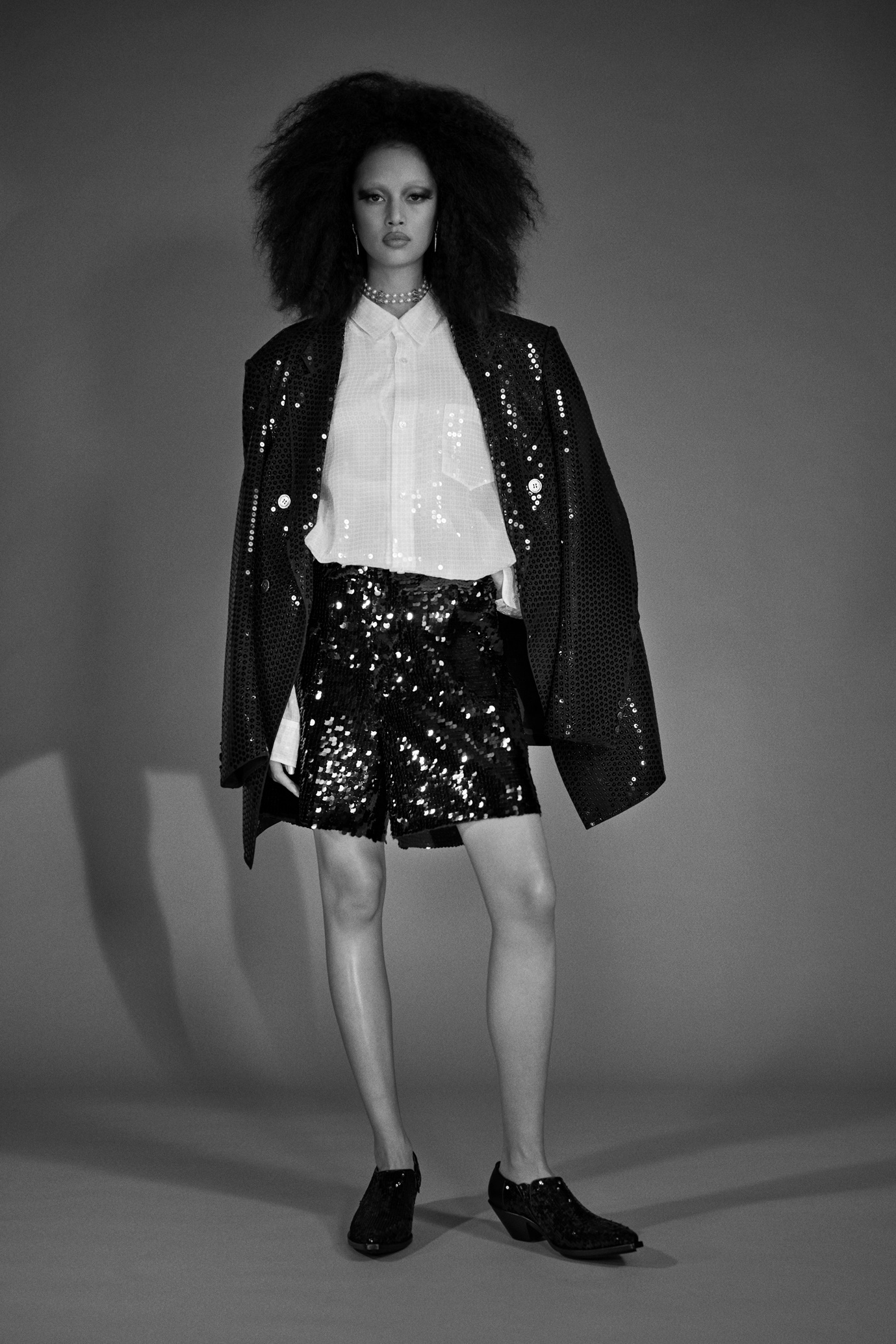 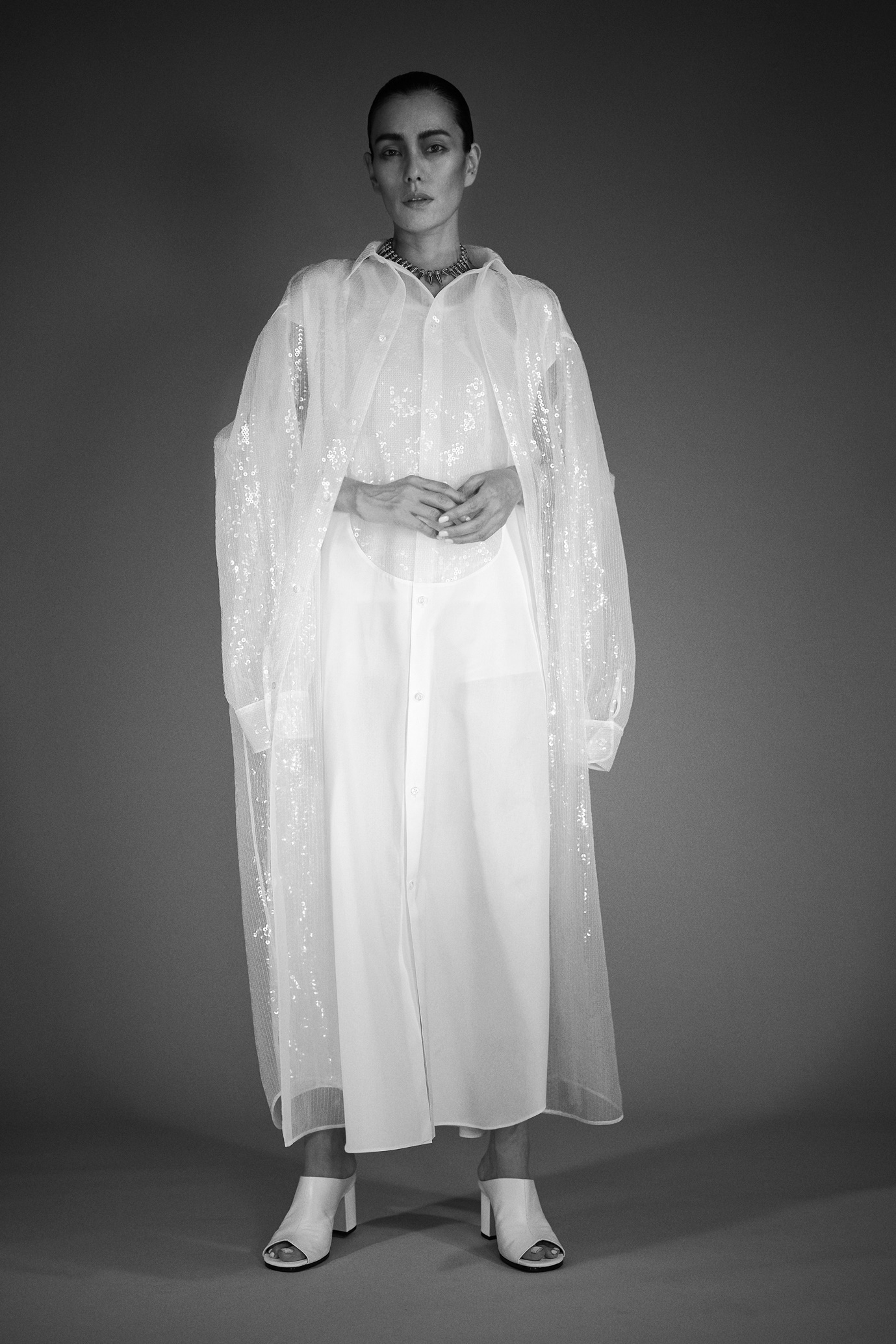 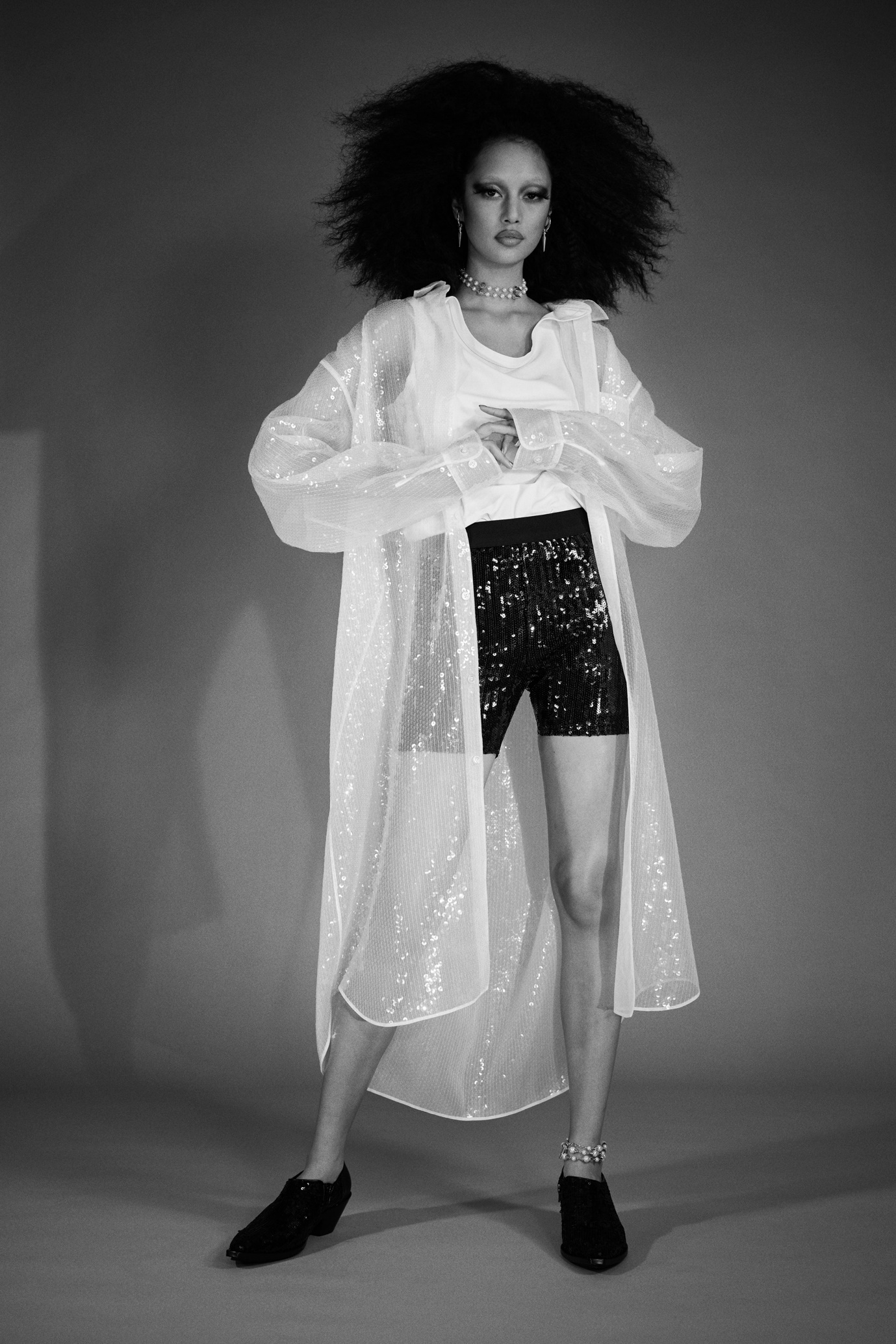 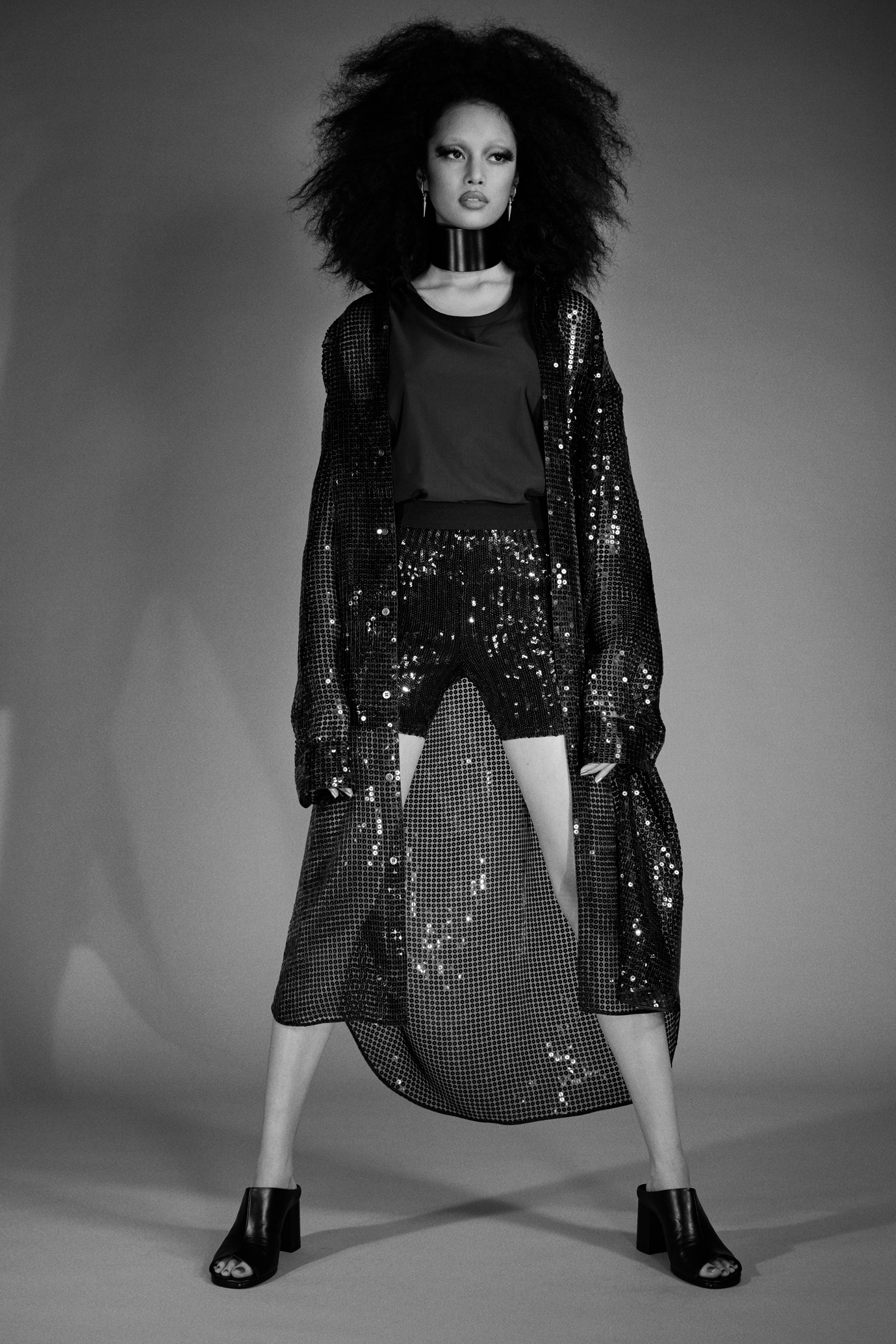 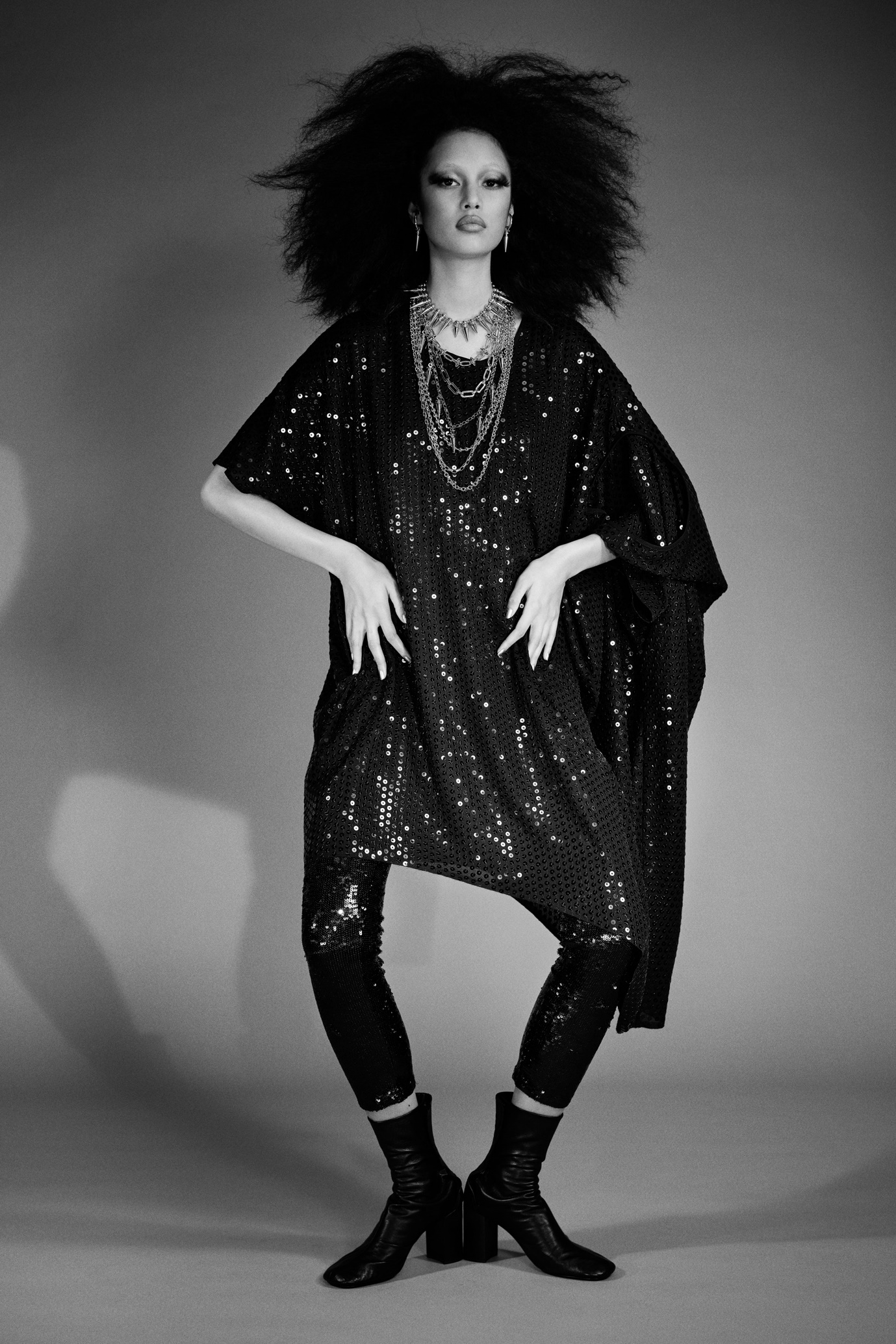 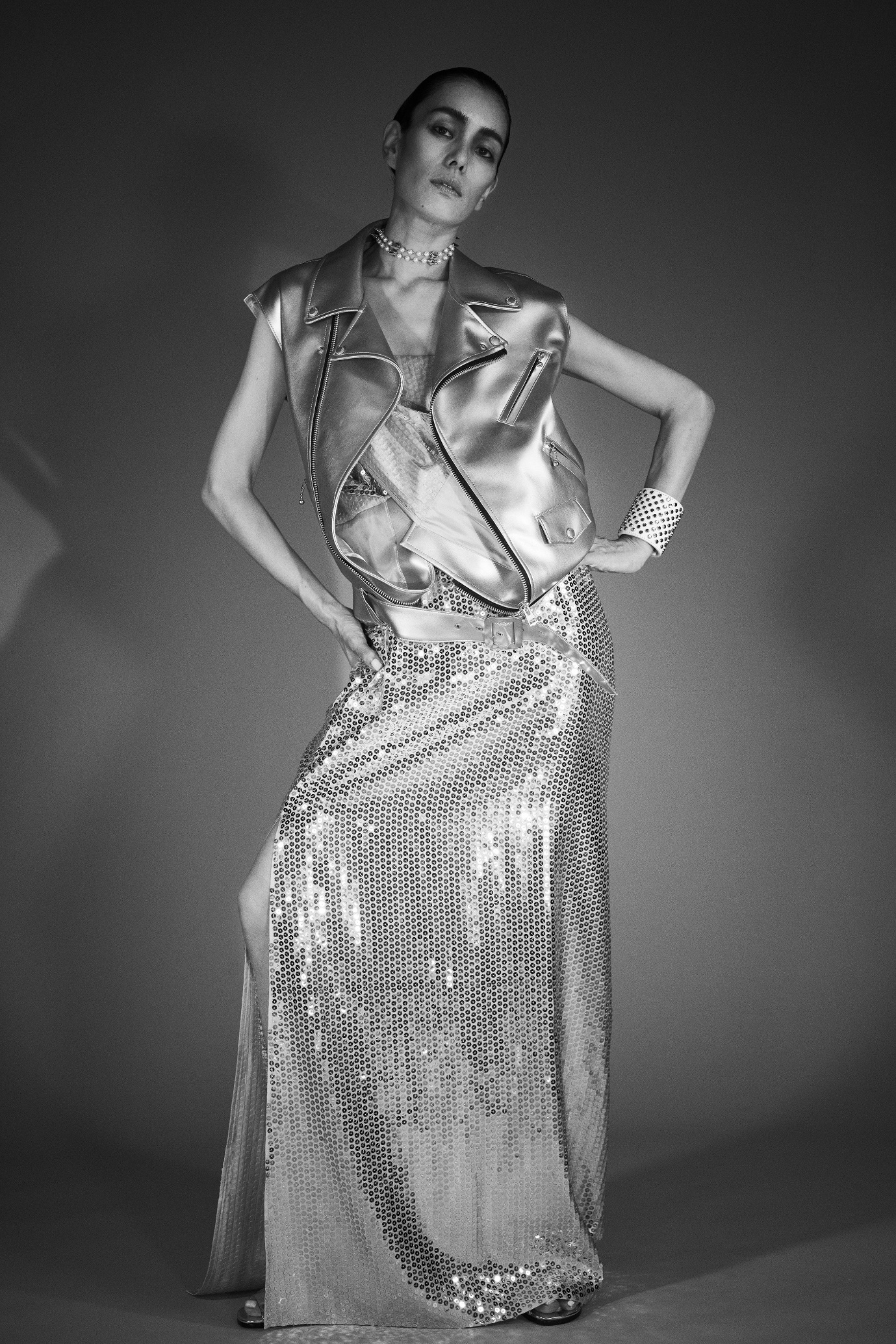 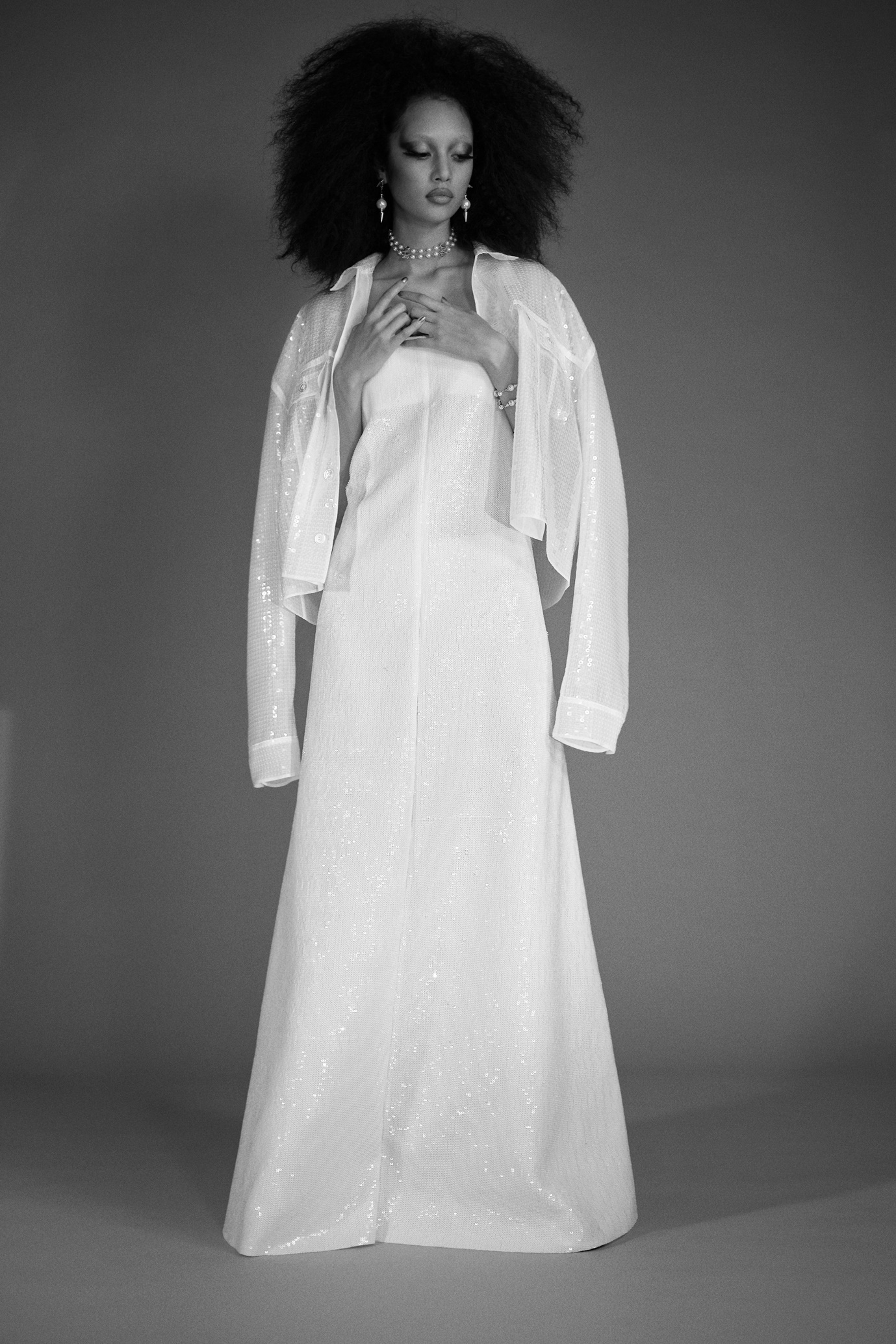 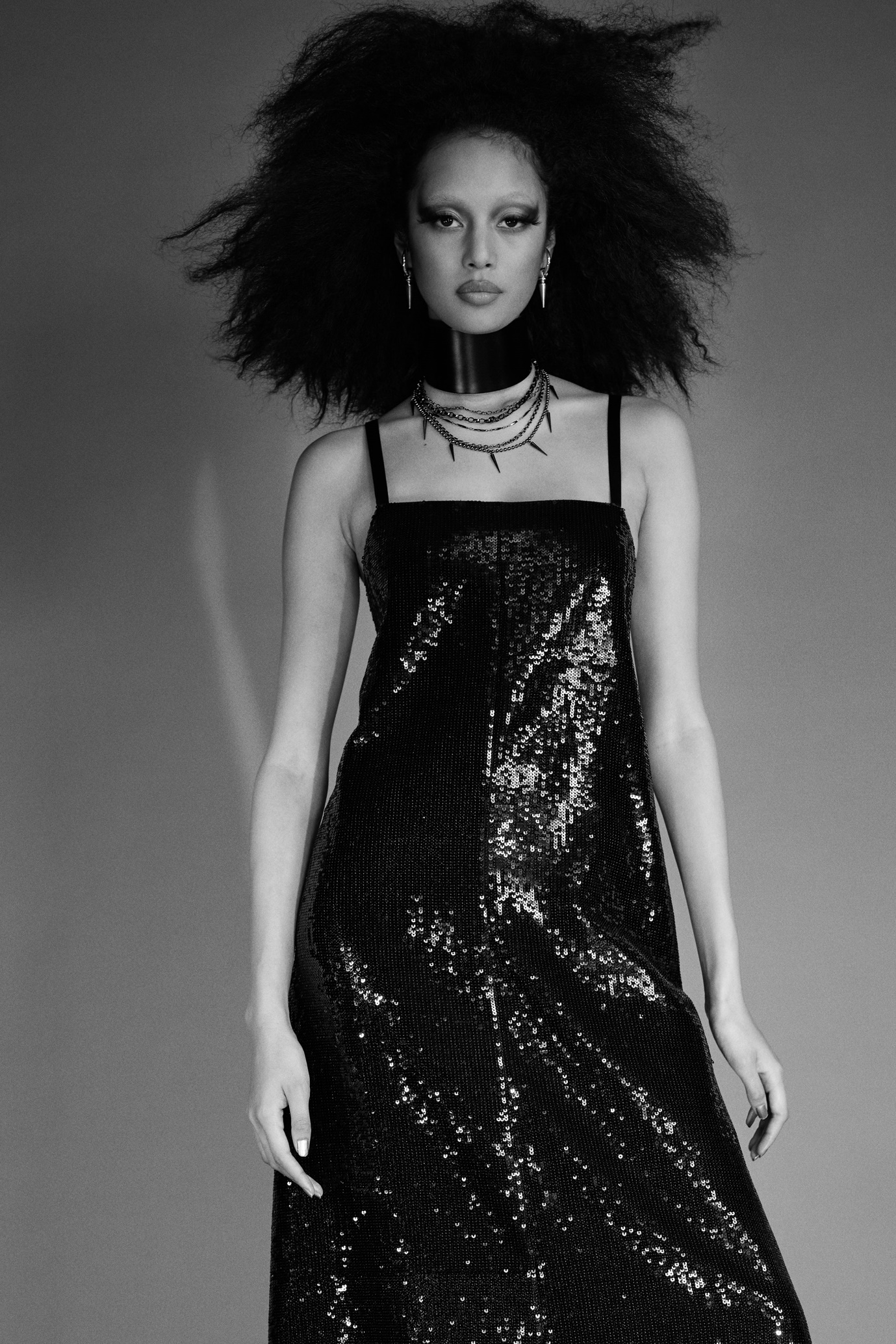 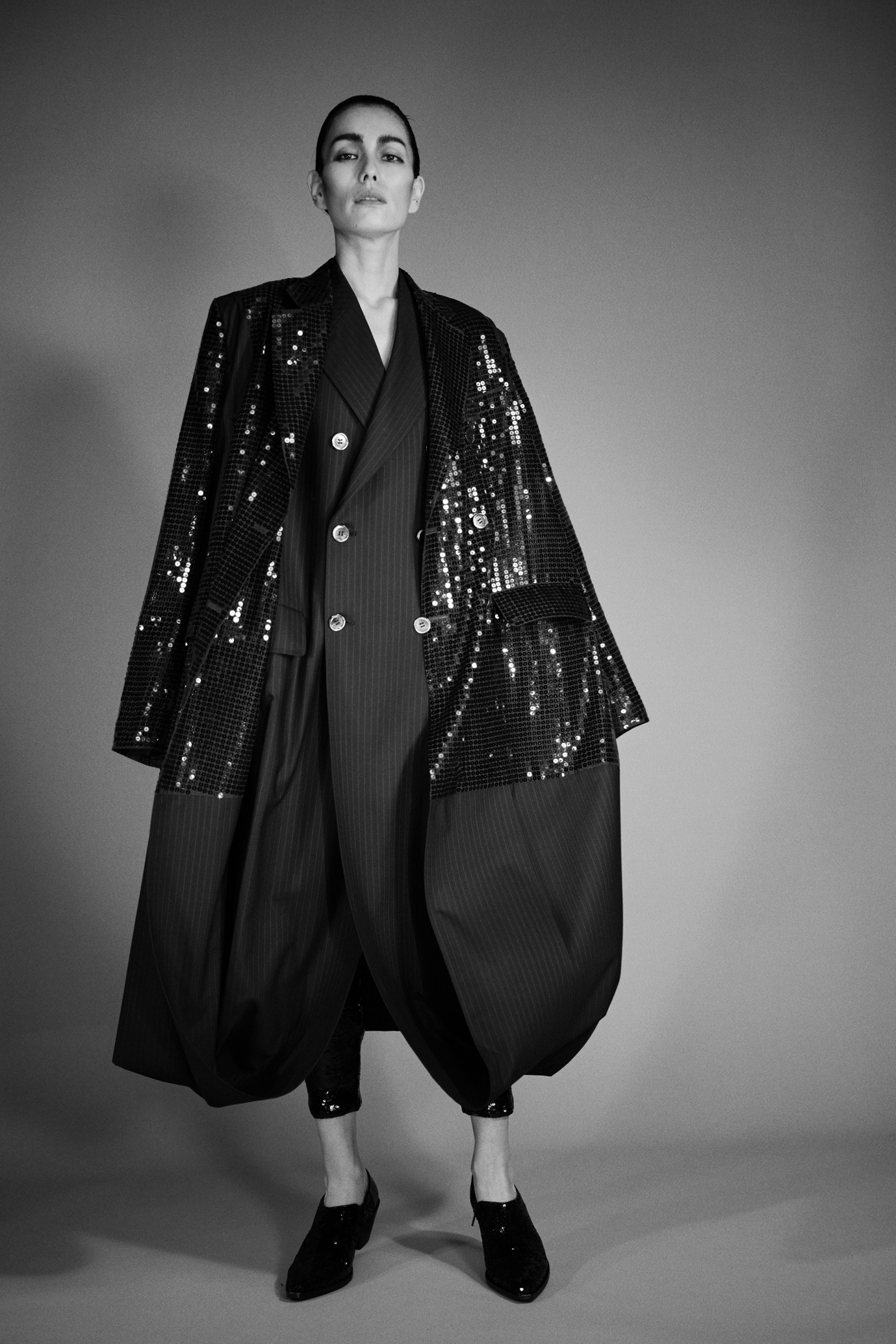 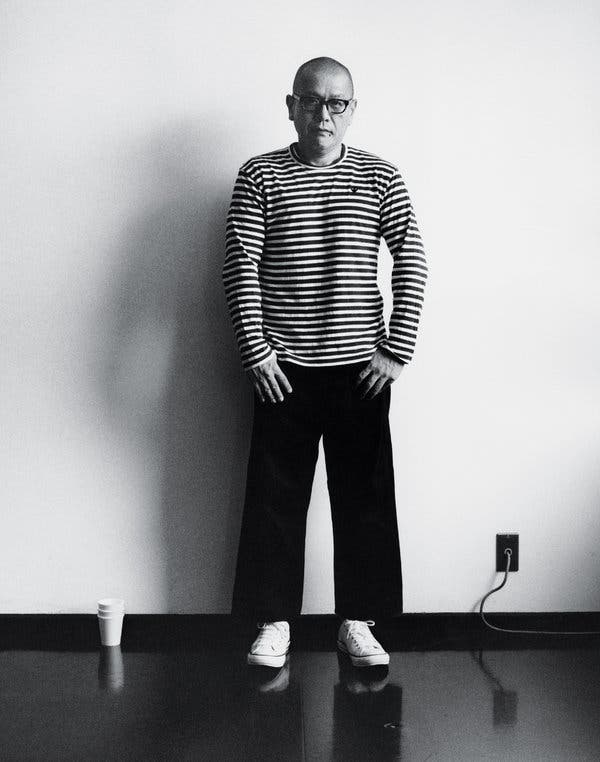 Junya Watanabe is a fashion designer working in Tokyo. Born in Fukushima in 1961, Watanabe graduated from Bunka Fashion College, Tokyo in 1984 and immediately joined Comme des Garçons as a pattern cutter and underling of founder-owner of Comme des Garçons, Rei Kawakubo. Three years later, Watanabe began designing the Comme des Garçons Tricot line, and after a further five years he introduced his first own-label collection in 1992. Although designing under his own name, Watanabe still works under the overall Comme des Garçons title, which administrates and produces his collections. In 1993 Watanabe moved his shows from Tokyo to Paris, and launched a menswear line in 2001.

Junya Watanabe is renowned for his avant-garde style; in particular, his exploration of new cutting concepts, his ingenious sourcing of fabrics and innovative draping techniques. Just as Watanabe was nurtured by Comme des Garçons, Watanabe has recently encouraged his own protégé, Tao Kurihara, to launch her own label under the umbrella Comme des Garcons label – her first collection was presented in Paris for A/W 05. Watanabe was added to the Dictionnaire International de la Mode in 2005.