The best thing since sliced bread? While packaged, sliced pan is here to stay, Irish people are expanding their interest in bread and bakery products. Bread is being elevated beyond the status of a basic household staple. Many are rediscovering the craft behind traditional bread making processes. As more people become familiar with artisanal types of bread or experiment at home, ‘bread literacy’ as some have called it, is at an all-time high. People are increasingly critical of artificial ingredients and preservatives. Meanwhile, as terminology like ‘crumb’ gets tossed around on social media, and even Irish Courts weigh in on defining bread, many are gaining a new framework for assessing ‘real’ bread. 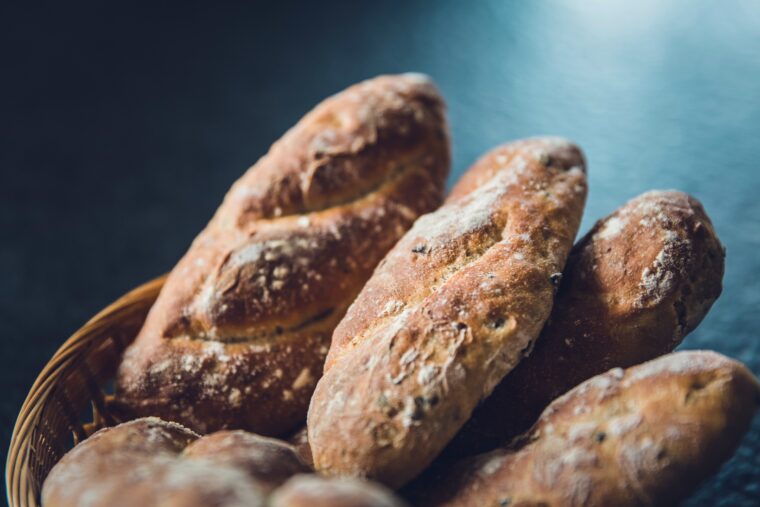 Among the many social trends that the 2020 lockdowns will be remembered for, bread played a surprisingly large role. Google searches for banana bread spiked in March and April. The supermarkets were wiped out of flour and yeast as record numbers of the public turned to comforting home bakes like Babkas and cinnamon rolls. Elaborate focaccia ‘landscapes’ were shared widely across Instagram. A new cohort of bread influencers were crowned. Among those were Bryan Ford, an American baker of Afro-Honduran heritage, who published his first cookbook, New World Sourdough this year. Ford is working to broaden the definition of sourdough to include more naturally leavened breads. His approach is accessible, unfussy and includes bread from South America like pan de coco. Meanwhile, there was another crowd to which classical sourdough, with its tightly engineered process, was a lockdown revelation. Social media was flooded with videos of the therapeutic scoring of dough and cross-sections of freshly carved loaves. People traded sourdough ‘starters’ and sought out online community for troubleshooting the technical details.

Even before 2020, sourdough has seen a steady rise to fame. These days, one only needs to scan the menu at almost any Dublin café to see it featured prominently. Where a restaurant sources its bread from has become just as significant a marker of provenience as cheese, coffee beans or wine. Alongside this new respect for bread, there has been a number of bakeries who have established themselves as purveyors of ‘real bread’ in the Irish food scene. Real Bread Ireland, inspired by the Real Bread Campaign in the UK, has compiled a network of bakeries who fit their definition and ethos. Firehouse bakery has earned a reputation for its Bread School. Before lockdown, Scéal Bakery had become one of Dublin’s ‘it’ spots for sourdough, known for the long lines at markets and selling out at midday. Now Scéal Bakery has pivoted to a highly successful Click and Collect Service. Bread 41, whose café and wholesale bakery have grown since opening in 2018, has been giving away free sourdough starters during lockdown.