Women And The Pandemic 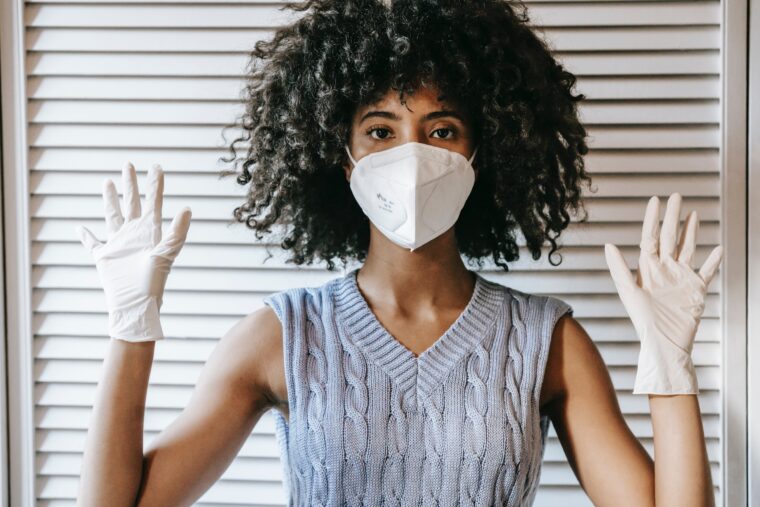 Monday was International Women’s Day. It is both an occasion to celebrate women’s accomplishments and to raise awareness for all the obstacles they still face. This year’s theme was #choosetochallenge, and it called on people to make a personal commitment to challenging the barriers to gender equality they can affect around them. Social media was filled with people sharing photos of themselves with their hands raised, taking this pledge. This year, we are marking Women’s History Month in a drastically changed world. A year after Coronavirus uprooted our lives, we are reminded of how entrenched the problems of gender inequality around the globe are.

The pandemic is disproportionately affecting women in significant ways. In the United States, female labour participation has not been so low since 1988. Calculations from McKinsey reveal that, while women make up 39% of the global labour force, they account for 54% of job losses.  Race, wealth, age, and disability, determined which women were hurt the hardest. Economists are worried that the progress we have made over the last few decades is unravelling. Sectors like retail, beauty, hospitality, travel, and childcare, where women tend to be overrepresented as employees, are struggling to survive. In the UK, women were more likely than men to face furloughing or redundancy.

Lockdowns have required more unpaid caregiving—like home schooling—which women have shouldered the brunt of. During the first lockdown in the UK, women took on two thirds of the extra childcare. In a recent Irish survey, 85% of women reported that their caregiving responsibilities have increased during the pandemic. In the United States, data from the Census Bureau found that a third of unemployed women aged 25 to 44 cited childcare demands as their reason for unemployment. Only 12% of unemployed men said the same. Experts are also concerned that mothers have become ‘easy targets’ for businesses looking to cut back on staff costs. Women are facing what the New York Times calls ‘short-term difficulties and long-term repercussions.’ This level of inequality could beget inequality for generations of women and their families.

The UN is calling the rise in domestic violence a ‘Shadow Pandemic.’ Domestic violence hotlines worldwide have reported a pronounced increase in calls since the COVID outbreak began. In Ireland, calls to Women’s Aid are up 41%. Experts are concerned abuse victims are especially suffering from social isolation and do not feel as able to access support virtually. The pandemic is also taking a toll on women’s health services. Activists have accused many conservative governments of using the pandemic as an excuse to limit abortion access. According to the Guttmacher Institute, Texas, Ohio, Arkansas, and Iowa have restricted or banned abortion at various points during the pandemic. Fear of health settings, as well as some restriction of services during early lockdowns, have made it difficult for women to access their usual appointments for screenings and birth control. In Ireland only 1 in 10 of the women who received their CervicalCheck invitations made appointments. And then there is the emotional burden for pregnant women, who have had to face hospital appointments, and often birth, alone.

At the same time, women are on the frontlines of the fight against COVID. Women have been scientific leaders in the development of the COVID vaccine. Women also make up 70% of healthcare workers, although they are less likely to hold senior positions. The UK government has come under fire this month for, what some are calling, an insultingly low pay raise for NHS nurses. Last year, the Irish government voted against a motion that would pay student nurses and midwives.

There was a brief moment when this all kicked-off that people thought to call COVID the ‘great equaliser.’ What we have really seen, however, is that it is exacerbating all the structural inequalities and biases already baked into society. Yet it has made these problems impossible to ignore. People are aware, connecting on social media, and more interested in radical solutions. International Women’s Day has more urgency this year. The public was already growing increasingly cynical of branded campaigns for Women’s History Month—keen to point out the hypocrisy of slapping a feminist slogan on mass-produced t-shirt made by exploited female garment workers. It is being called ‘fem-washing.’ Now it is more important than ever that brands use their voice and their resources in a way that is genuine and impactful. However, perhaps more importantly, that as employers themselves, they make choices that will promote gender equality, support working parents, and treat women with dignity throughout their business.