THE BoyleSports Irish Grand National success of Freewheelin Dylan at Fairyhouse Racecourse on Monday 5 April was a bettor’s dream on the 150/1 odds outsider trained by Dermot McLoughlin and ridden by Ricky Doyle.

Just one among a field of 28 on course over 3 miles, 5 furlongs against the likes of Latest Exhibition and Run Wild Fred, the nine-year-old bay gelding with Doyle aboard got out in front for the run of their lives in the biggest main race upset in living Irish racing history.

Doyle kept the field at bay from the start to score a second National win on the same horse, the first last summer at the Midlands National in Westmeath Ireland.

“I cannot believe it,” said Ricky Doyle when he spoke after the race at Fairyhouse. “I don’t care if I never ride in another one, I am delighted. This is twice now I am winning two Grand National’s on this horse. Every time a horse came near a sniff of him, knock-down (over fences) and back again.” 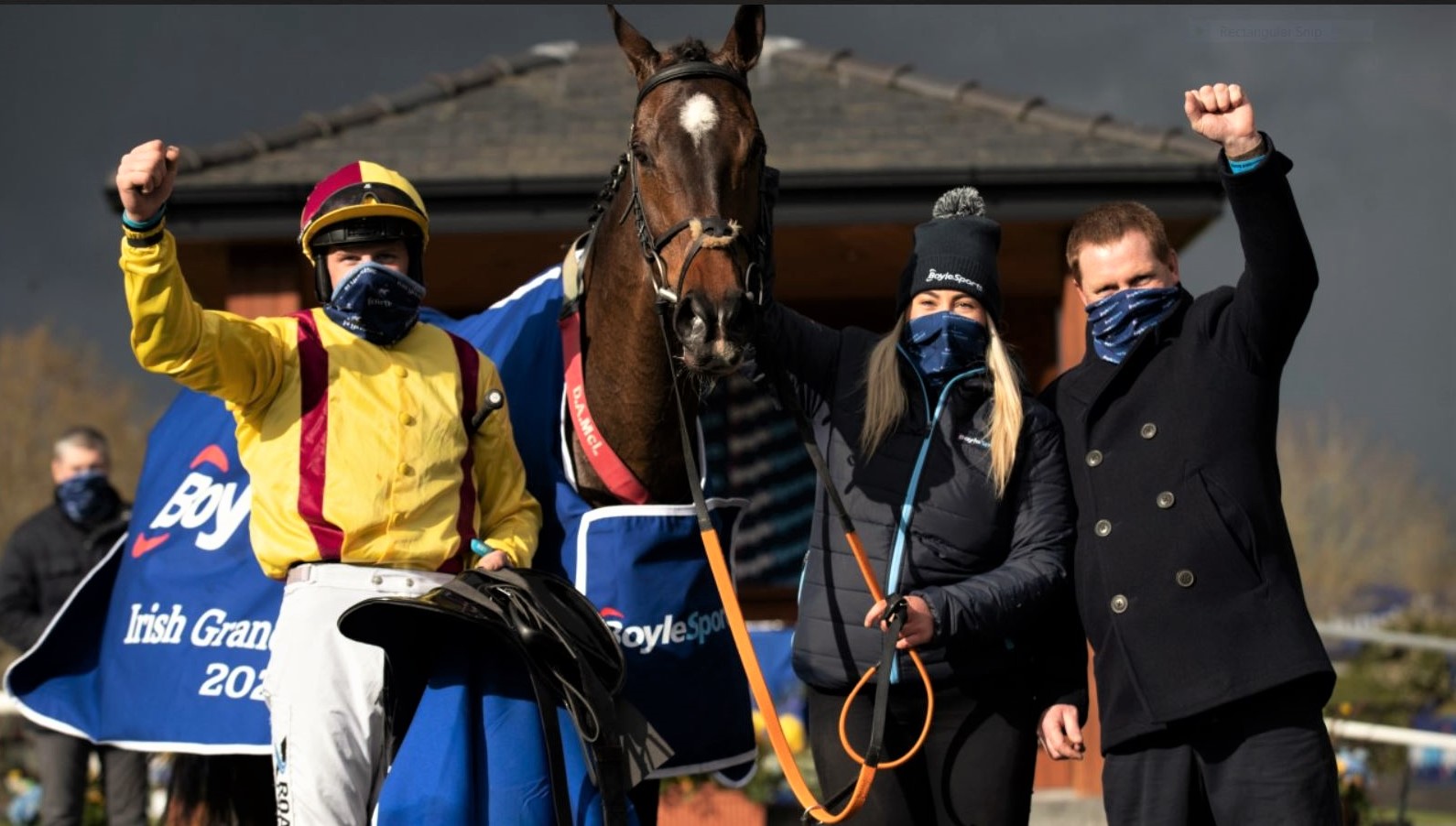 The Irish Grand National was the showpiece of weekend racing from Saturday 3 April at Fairyhouse and for Freewheelin Dylan’s trainer who grew up nearby the racecourse, winning the race for owner Sheila Mangan fulfilled a lifelong ambition.

“It is a race I have always wanted to win,” said Dermot McLoughlin when he spoke live just after the race. “He won the Midlands National during (last) summer. When he gets a rhythm like that and keeps going, it’s hard to get by him.”

Racing in Ireland moves to Kildare at the end of the month for the Punchestown Festival, one of the predicted favourites to be Sean Flanagan aboard Jeff Kidder trained by Noel Meade.

“We gave him a break over Christmas but I was actually worried to leave him off too long, but it has worked out perfect,” said Noel Meade when he spoke live at the Easter Festival in Fairyhouse about a feature race last Monday. “He seemed very weak last season as a three-year-old but he seems to be getting stronger. If he never does anymore he has done a lot but I can’t see any reason why he wouldn’t go to Punchestown now.” 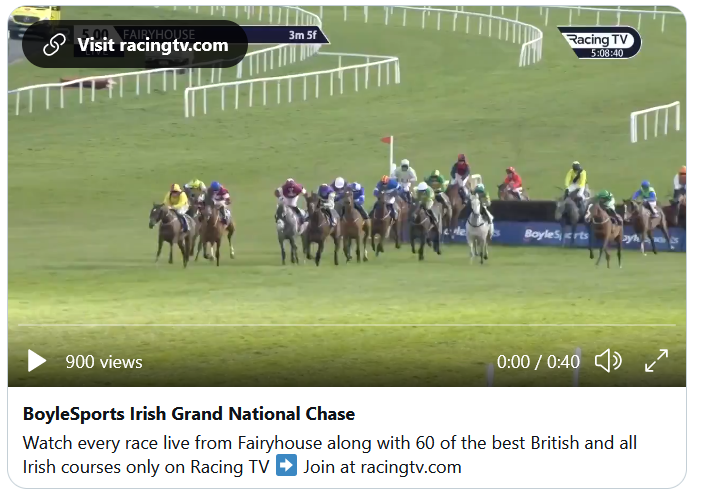 The Randox Grand National will culminate three days of racing at Aintree UK this Saturday 10th April before racing shifts to Prestbury Park for the Cheltenham April Meeting (14-15 April).