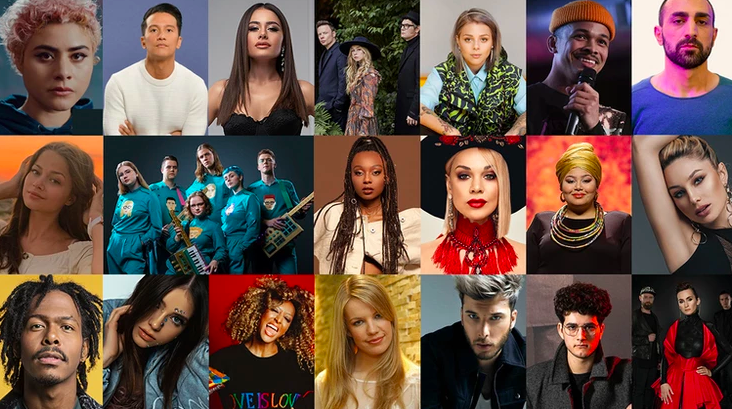 Image Credit Aussie Vision | Some of the acts for 2021

The highly anticipated Eurovision 2021 literally exploded onto the May scene – and it’s perfect timing, just as we’re finally getting into the summer vibe and as lockdown regulations are starting to ease. Eurovision comes, as always, with its inimitable set of delicious scandals, controversy, gossip, ludicrously wonderful drama and obligatory geopolitical voting (No!!). And let’s not forget the theatrical fashion.

It’s what we know and love.

It’s the one and only, it’s the EUROVISION SONG CONTEST!

And the very best thing about this melodramatic melting pot? Anticipating the grand finale, which takes place on Saturday 22 May 2021 in Rotterdam in front of a live audience of 3500 covid-tested, social-distanced superfans.

Which country will win the 65th Eurovision Song Contest this year? That’s the question on everyone’s lips, in amongst all the bickering and betting and salivating. Well, thankfully there aren’t many hours left in the countdown … Plan your outfit, gather the faithful and reserve your space on the sofa! 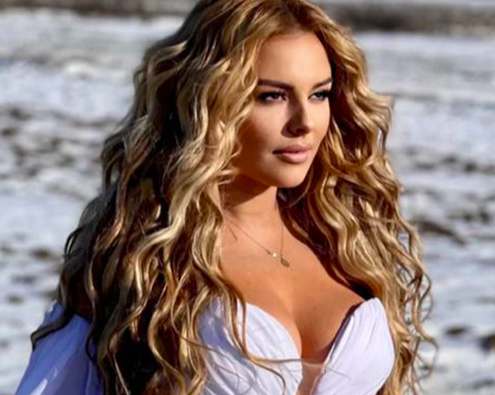 Both semi-finals have now taken place and of the 39 countries participating the following 26 lucky entries will be strutting their stuff once again on Saturday: 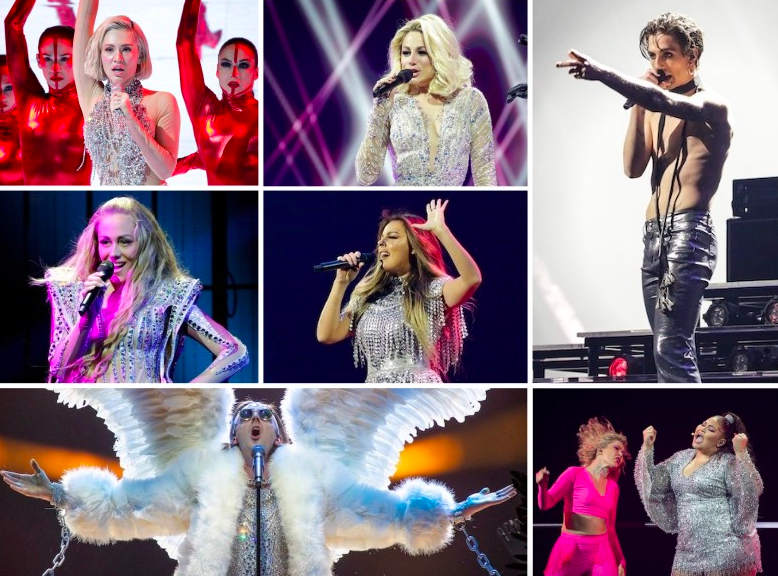 Scandals? Dare we mention the Belarus disqualification? Politics schmolitics! Also, let’s not forget about Ireland’s Lesley Roy who failed to make it to the final this year (but as we all know, Ireland officially has the best track record in terms of wins with seven in total, so a year off from another win isn’t all that bad)! 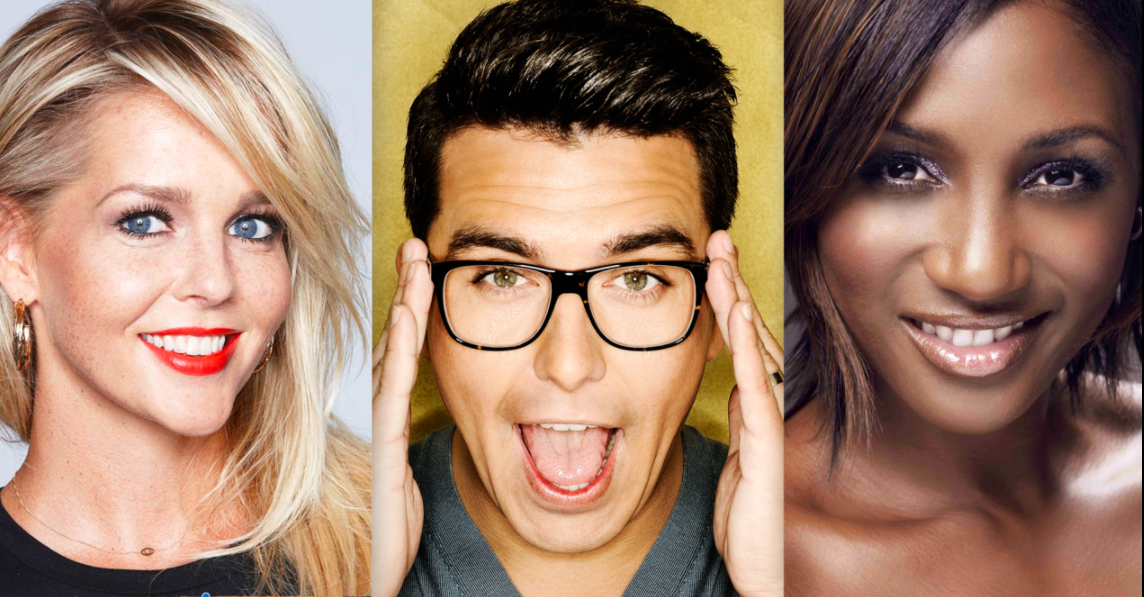 Gossip? Where is Alexander Rybak (winner Norway 2009)? He was touted to take part in the 2020 interval act with some golden oldies of yesteryear (and they’re all back for this year’s Rock the Roof during the Grand Finale…) But so far no mention of our Alexander. Let’s hope he, his fringe and violin make a welcome appearance come Saturday night.

As for the worst outfits (i.e. the Barbara Dex Award fan-voted accolade annually awarded for the ‘worst dressed’ performers) … Ukraine has to be a contender this year.

Judge for yourself – Ukraine’s entry:

Other random notable mentions are:

Israel belting out the highest note ever (a B7 I think);

Is Slovenia’s singer really a fan of the cigar?

Oh, and a big farewell to Jon Ola Sand …

As for ‘favourites to win’ … if you ask the bookies they’d say France, Italy, Switzerland, Iceland or Malta … but don’t forget this is Eurovision and there’s always room for a dark horse. We predict an island nation is going to win … toss a coin for the brisky North Atlantic or the sunnier climes of the Med hosting in 2022. Here’s to either Iceland, Malta or Cyprus. 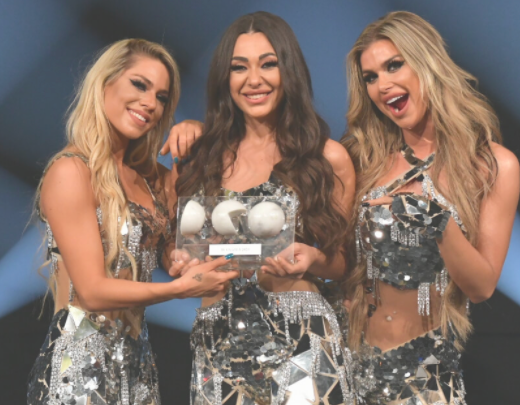 (Oh, have I mentioned my personal favourite? It has to be Portugal’s schmoozing ‘Love Is On My Side’ by The Black Mamba!)

Portugal’s Black Mamba with Love Is On My Side

Amen (x 2 song titles this year) to that.