Getting Back To Nature is The Only Way Forward

For funky creative ideas, where better to find inspiration than from Mother Nature? These artists, sculptors, jewelers and designers have done just that. 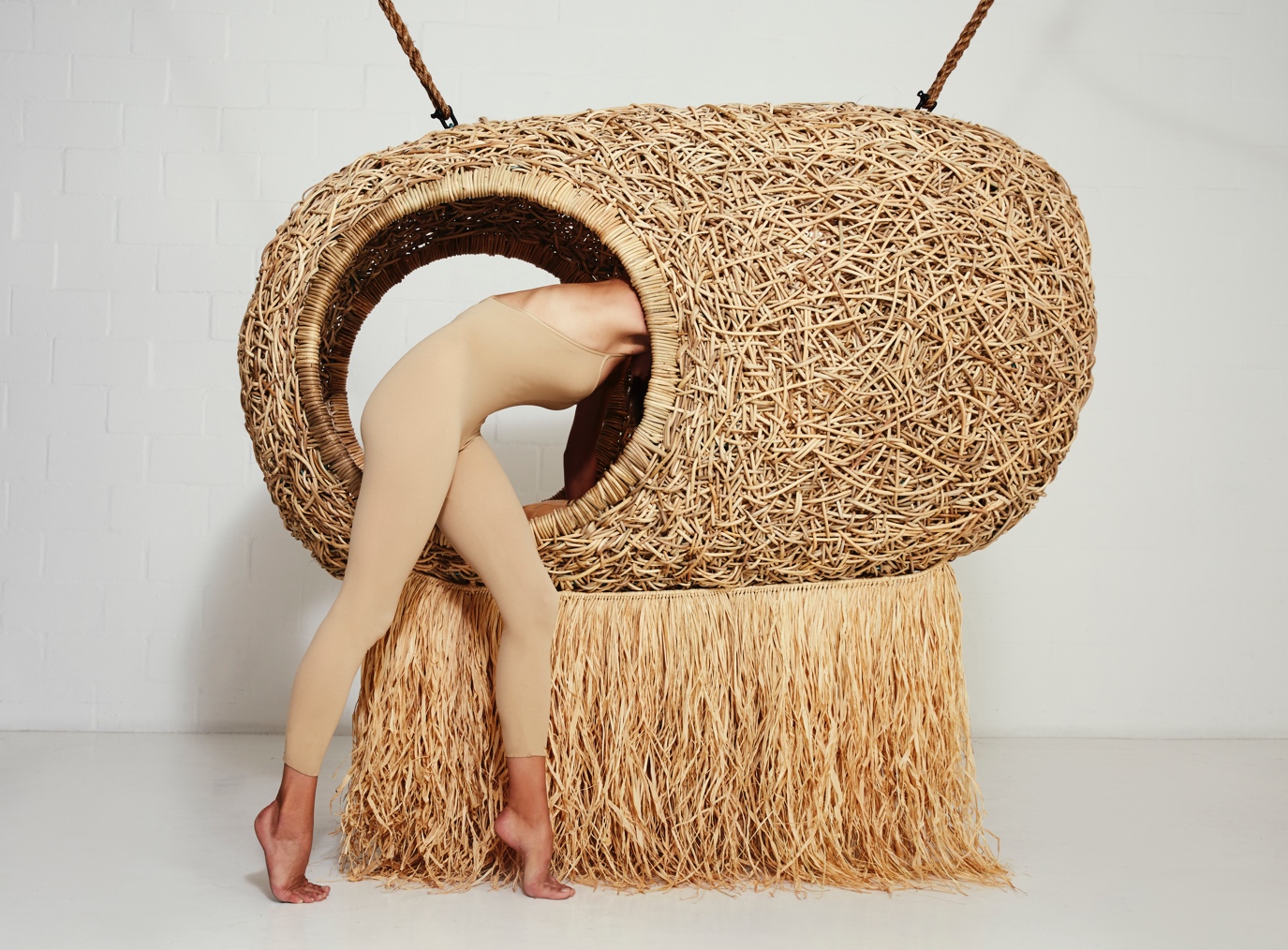 Image Credit courtesy of Porky Hefer, Southern Guild and Rudi Geyser
Emerge as a butterfly from the Caterpillar pod

Who would ever dare to underestimate the legacy of the extraordinary Summer Of Love in the psychedelic Sixties when our hippie brothers and sisters joined hands (and hips) and rejoiced in a mystical, communal ‘Flower Power’? The result? Unbeatable music, writing, films (and babies) were conceived during this quest to return to Mother Nature, soaking up her gifts, blessings and inspiration.

Looking back throughout the ages poets, musicians, writes, artists and creatives have turned to nature to feed their creative drive. Eighteenth century Romantic Poets like Wordsworth, Byron, Coleridge, Shelley and Keats are just some of the creatives over the millennia who unashamedly adored the natural world above all else.

And again, just recently, in the wake of an unforeseen pandemic we’ve been looking to nature for both nurture and creativity to try make sense of these uncertain times. Gardening, for example, has seen a renaissance as confined-to-one’s-own-back-garden folks of all ages have discovered their green fingers!

As we look to boost our mental health and get some exercise in our immediate physical environments, free activities within nature, like hiking up mountains, hillwalking and wild water swimming in the oceans, rivers and waterfalls have never been more popular.

Likewise, a renewed recognition of the importance of nature in the way we create – make/ shape/ fashion/ think/ engage – emerged out of the darkness of the past months. We know that even a little walk in the park or botanical garden can boost our creativity no end, no surprises then that that’s exactly what many of us have been doing.

One of Fashion’s most lucid and well-respected visionaries, Dutch fashion trend forecaster Lidewij Edelkoort (https://www.edelkoort.com/lidewij-edelkoort/) has long predicted ‘a return to the farm’- a renewed and long-overdue appreciation for where things come from, a movement towards crafty and handmade things inspired by the natural world. A desire to be close to the soil where everything comes from has never been more evident than in 2021. Unsurprisingly, over the past 18 months in the fashion world most designers had a clear message in advocating an overdue ‘return to nature’.

It’s astonishing to see how many incredible brands are doing just that: finding their mojo in the beauty, the symmetry, the patterns and general awesomeness of the natural world – everyone, from Oscar-winning documentary-makers (My Octopus Teacher springs to mind) to artists, songwriters, poets and fashion designers have been waxing lyrical about our extraordinary planet and the interconnectedness of everything.

We’ve rounded up a few gorgeous examples that celebrate Mother Nature in all her inimitable gloriousness. Enjoy the originality and inspiration behind these fabulous pieces and may they encourage you to get creative!

Artist Nic Bladen creates extraordinary botanical sculptures by casting entire life-size plants in bronze and sterling silver using a process called ‘lost wax casting’ which involves creating molds from organic material, then transforming these into once-off sculptures. Nic Bladen has taken the process one step further and also creates tiny sculptural pieces of jewellery – each an intricate gem, cast from nature and refined by his hand. Each leaf, twig and flower has been cast directly from nature in an individual mold to ensure you’ll be wearing an original, one-off, just like nature intended! 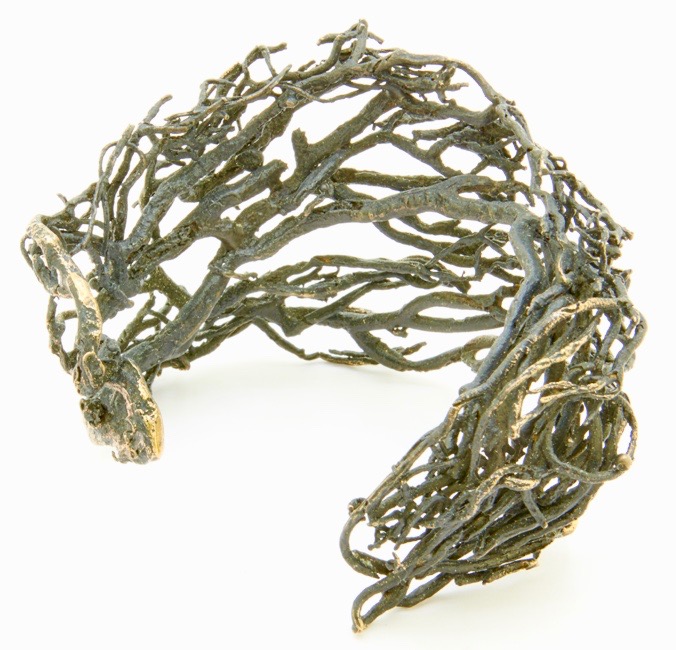 Image Credit Nic Bladen
Fit for mermaids and ocean lovers, this utterly unique bangle has been cast from a piece of seaweed. Gracilaria gracilis, a red seaweed with many cylindrical branches, grows at or below tide-level, in sheltered sandy bays and lagoons. 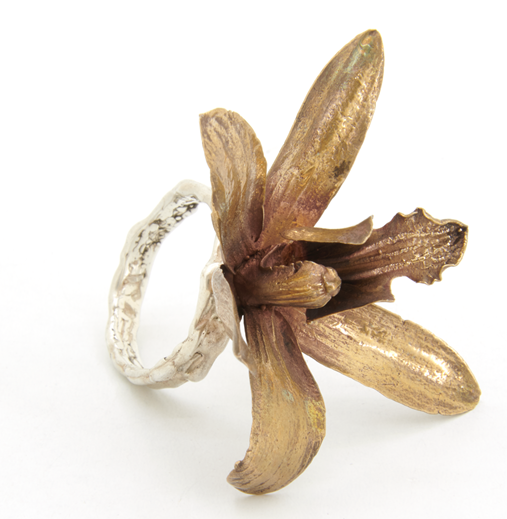 Image Credit Nic Bladen
The crown of this statement ring is a cast bronze orchid, Anselia Africana – known as the Leopard Orchid due to its colouring it clumps in trees, in subtropical areas of Southern Africa. 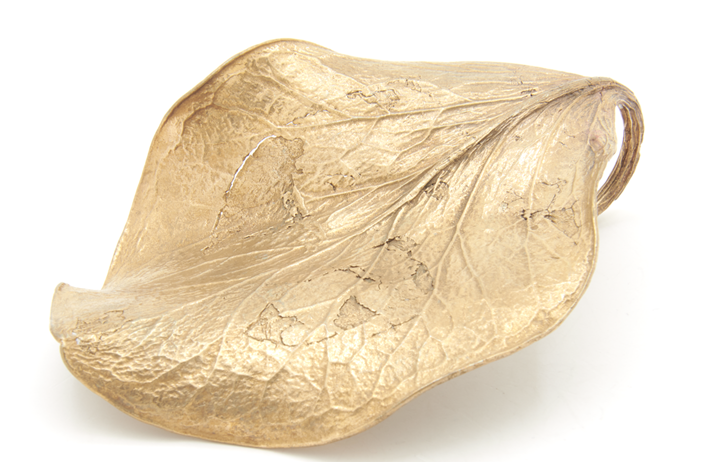 Image Credit Nic Bladen
This large bronze cast leaf comes from South Africa’s national flower – the King Protea. The stem of the leaf forms the band of the ring. 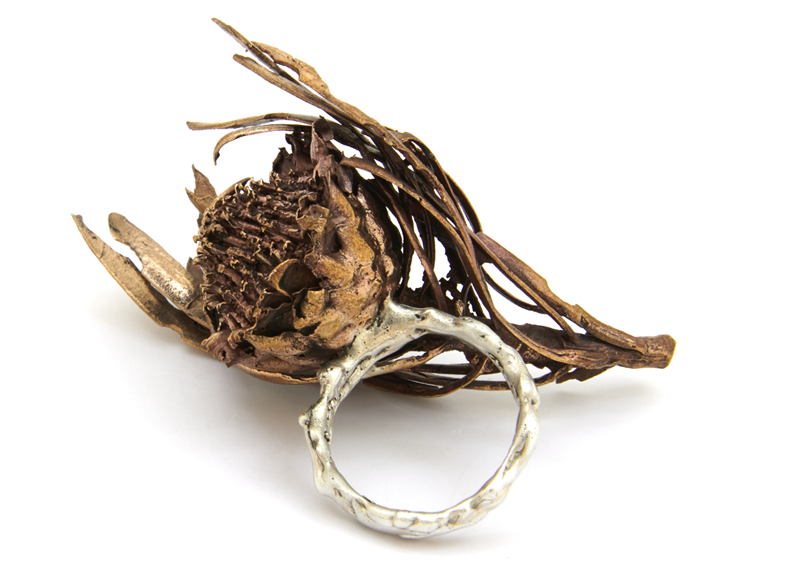 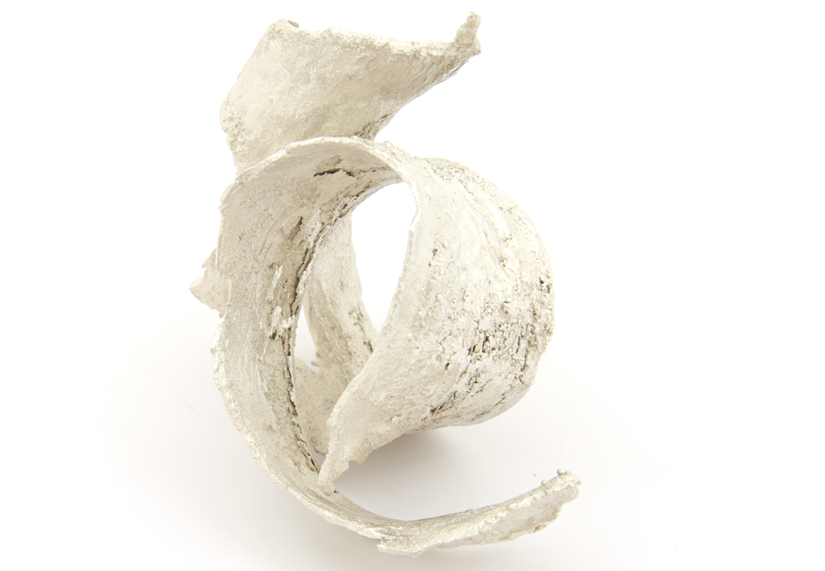 Part sculpture, part statement piece, Porky Hefer’s pod-like, conceptual nests take the shapes of weaver birds, killer whales, lions and creatures from the deepest oceans, the most infinite of skies and the wildest of jungles. “My pieces get people to think about nature and its fragility, and make them consider how to protect it”, says Hefer. He uses the traditional skills of African craftsmen to produce these ergonomic and inviting womb-like pods, who fashion them mostly by hand. Being particularly fascinated by the weaver bird, its masterfully crafted & sculptural cocoons and sociable nest-building skills, Porky Hefer introduces nature’s creatures into our living rooms and invites us, like children, to play! At the same time these buoyant and joyful pieces remind us that our oceans are under threat, that we’re close to the tipping point and that so many species are under threat. Think about that when you’re all cozied up in the belly of the whale. 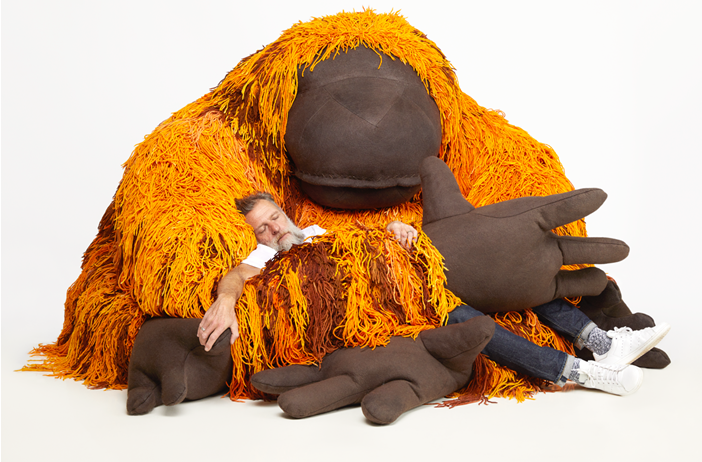 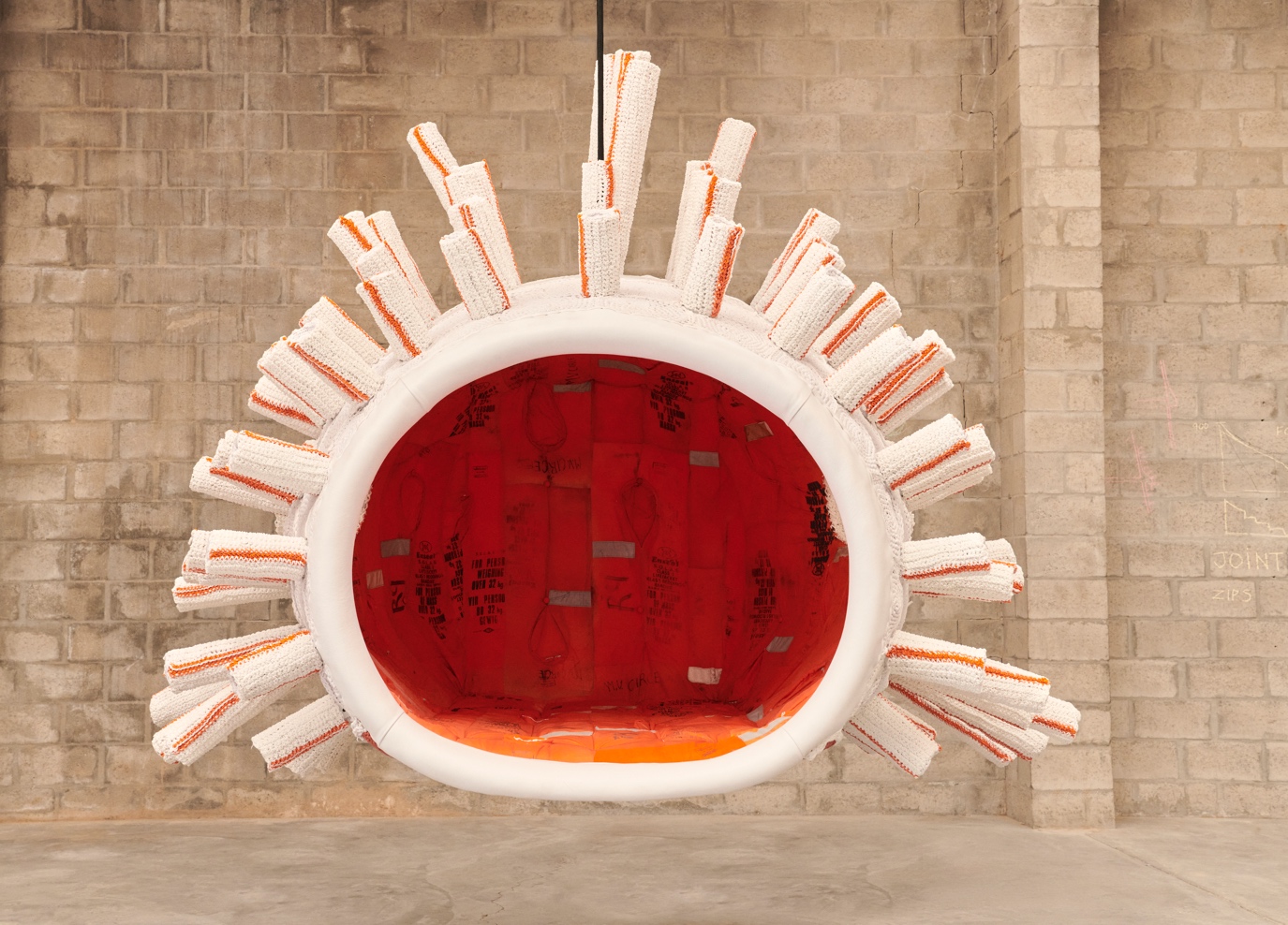 Image Credit courtesy of Porky Hefer and Southern Guild. Photo Antonia Steyn
Sit yourself down in the belly of the plastocene Suckerfish 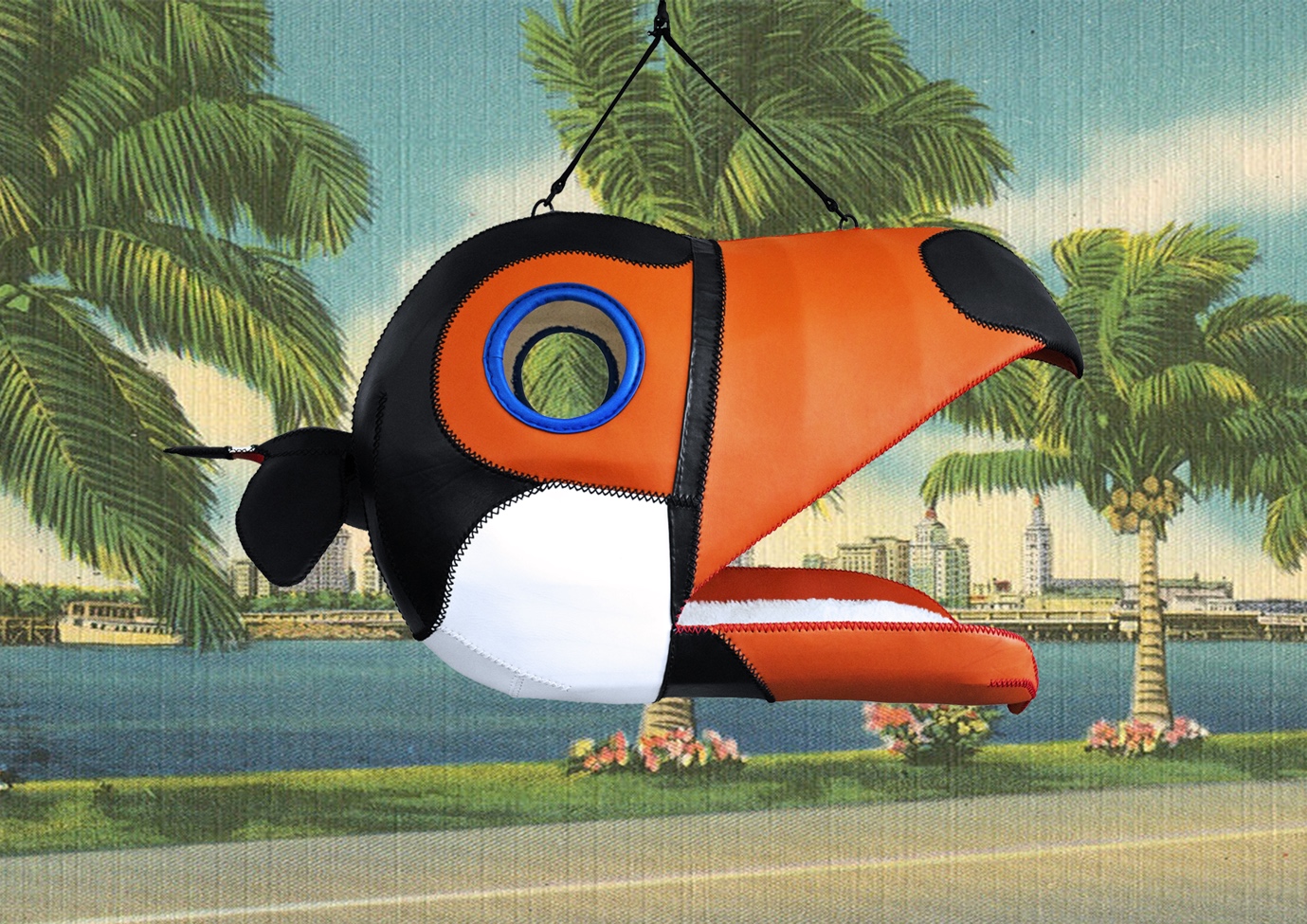 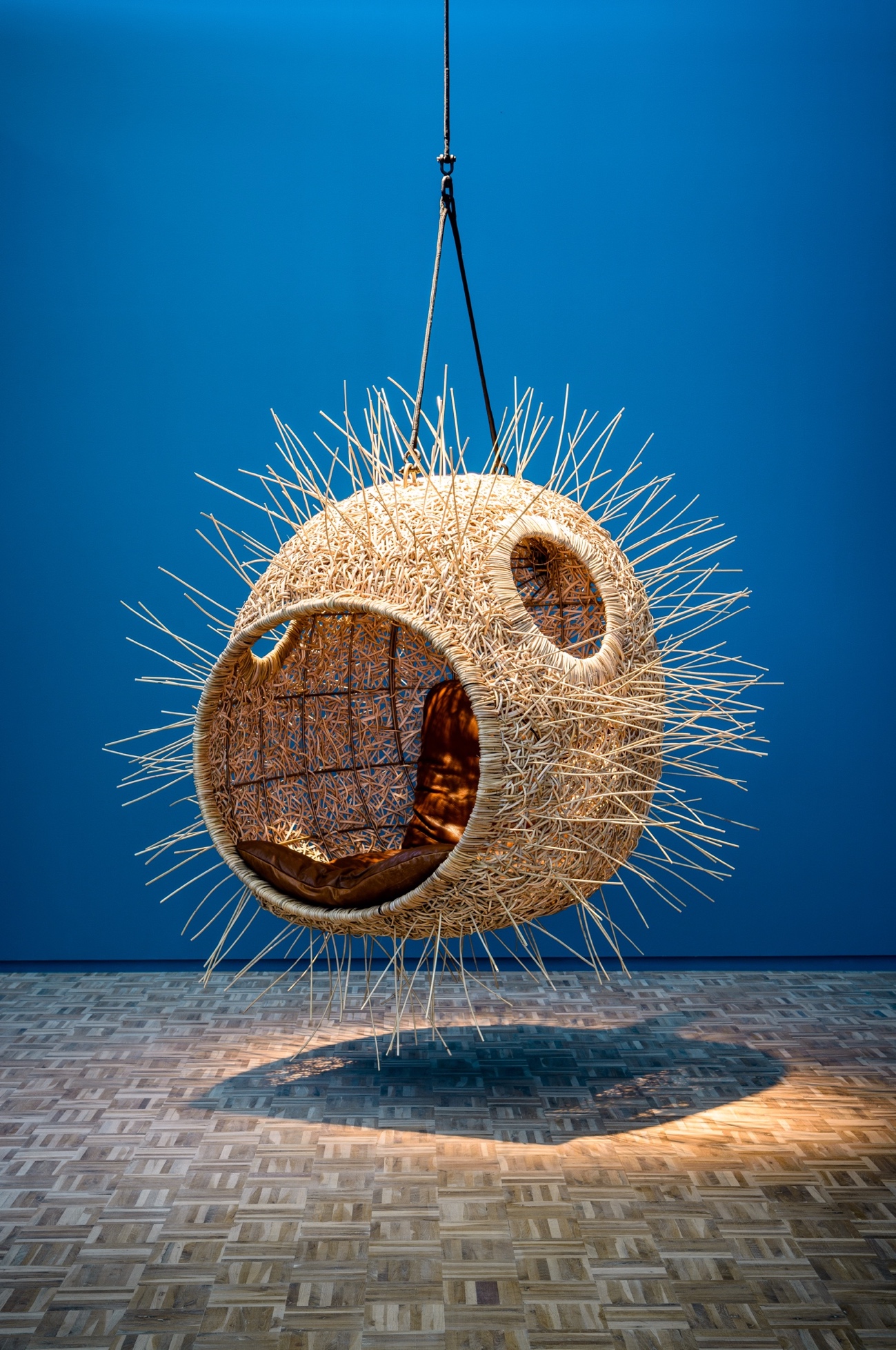 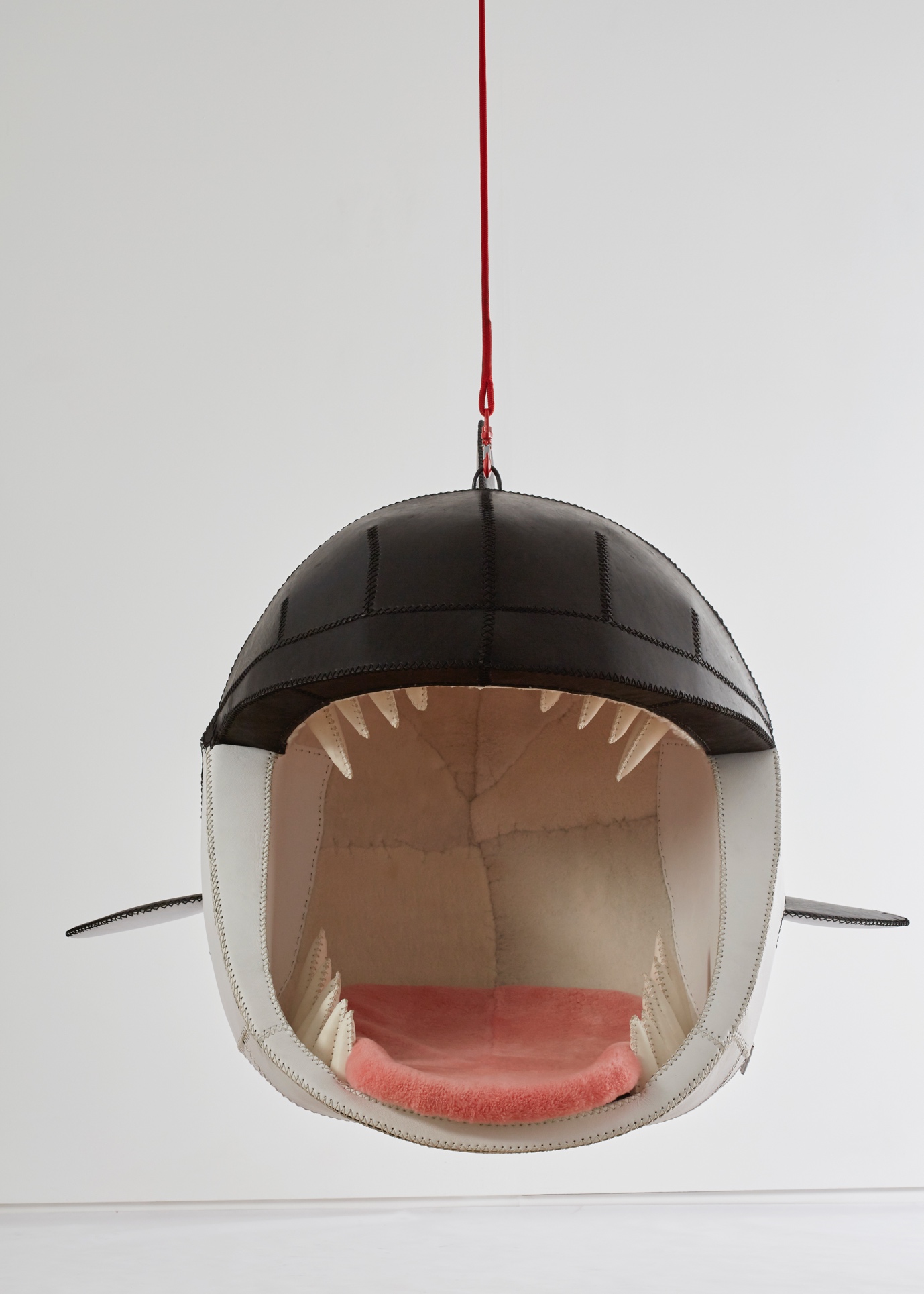 Image credit Porky Hefer and Justin Patrick
In the belly of the whale! Get comfortable on the pink tongue of Fiona Blackfish!

A much beloved South African-based international jewellery brand known for their uber glamorous, colourful and quirky designs is Kirsten Goss. This designer creates joyous pieces, often inspired by the magic of nature, utilizing metals and precious gemstones sourced locally as well as further afield. Exquisitely hand crafted, these are creations to celebrate the beauty of life, of nature, of family, whether you sport them on the beach or under an apricot tree in your back garden. 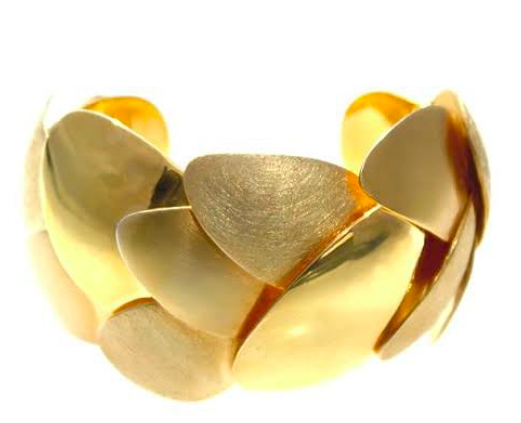 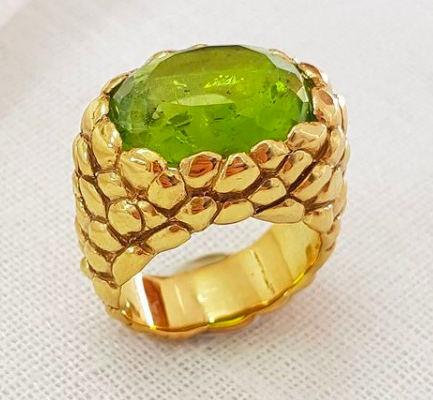 Adam Hoets of Willowlamp creates a vast range of sculptural lights in organic shapes that are gracing living rooms and boardrooms, museum entrances and airports across the world. Think Willow Tree, Protea, Moon Flower, Lotus, Rose … and you’ll find the natural world recreated in this extraordinary collection of shades and chandeliers with their building blocks an ingenious and simple concept of ball-chains (the stuff that connects your bath plug to your bath!). Pure genius! 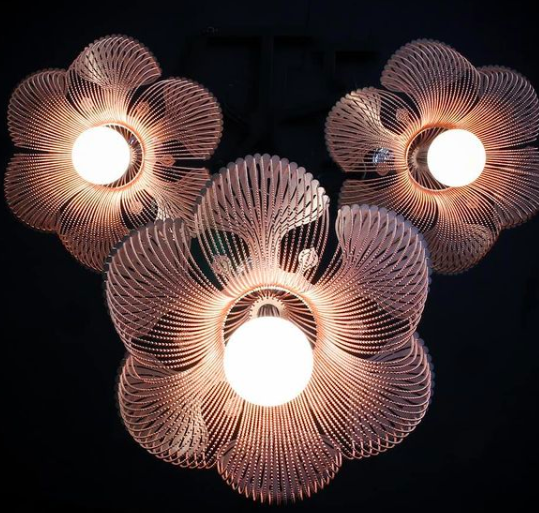 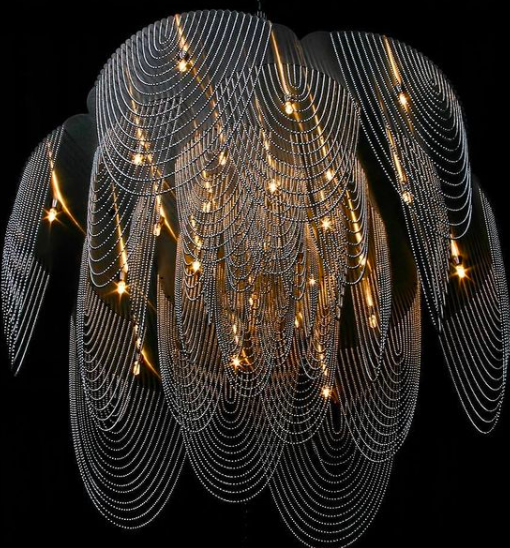 Fée Halsted started this extraordinary company on a remote farm in Kwazulu Natal in 1985. In 2021 around 70 talented artists create one-off collectible pieces of ceramic, honouring South Africa’s wonderful world of fauna and flora. Each artist produces their own works of art, signing their name to each of their works. These pieces have been recognized as modern day collectables by auction houses Christies, Bonham’s and Sotheby’s. Just recently the company very successfully branched out in textiles, collaborating with the likes of French fashion house Hermes and British wallpaper manufacturers Cole and Son. 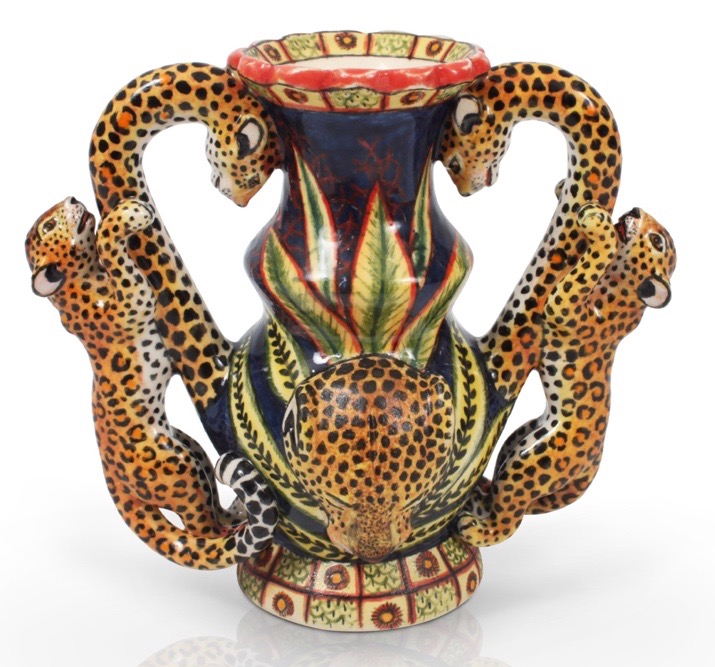 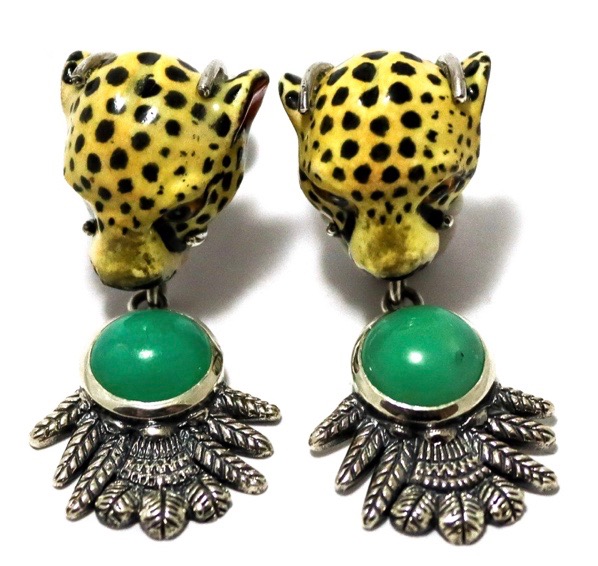 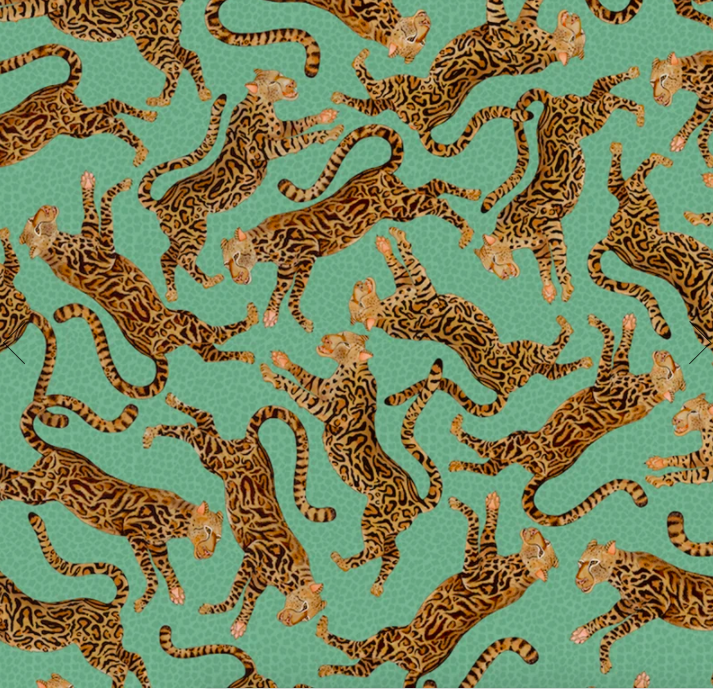 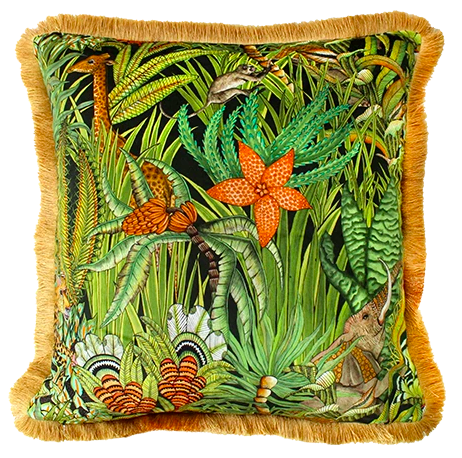 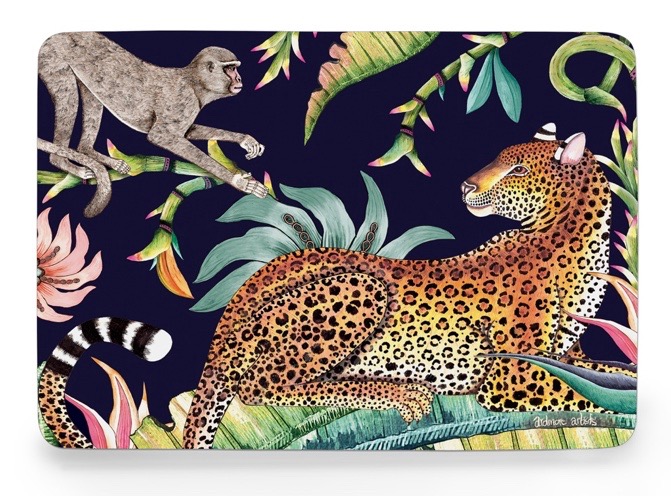 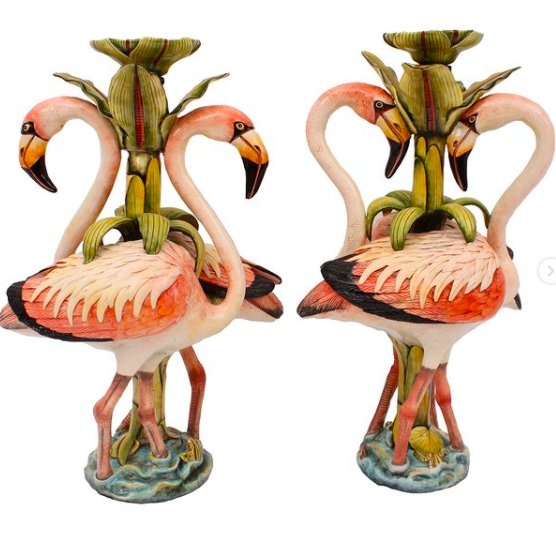 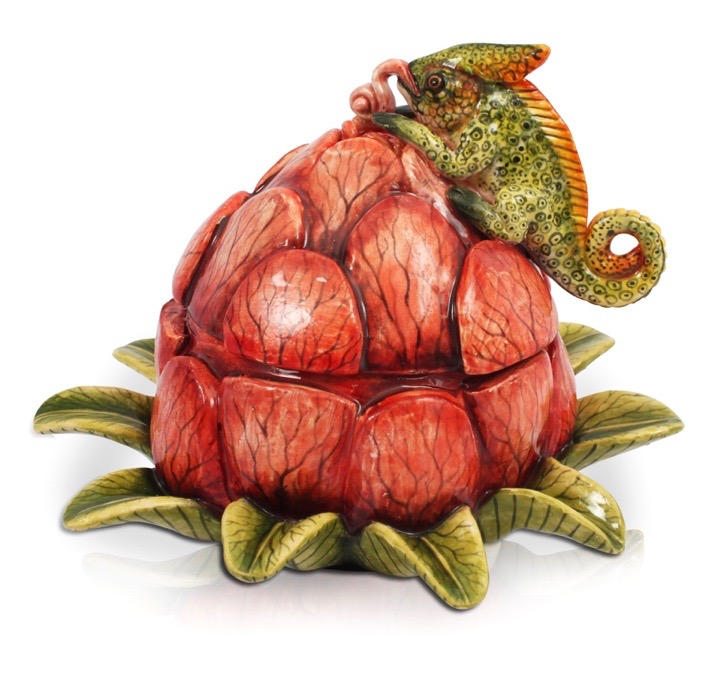 John Vogel makes furniture out of wood. These sculptural, organic pieces – entirely inspired by nature – cattle, deer, game, flowers, plants and trees – have become sought-after collectibles of interior design and art in South Africa and further afield, gracing homes, hotels and other civic buildings all over the globe. 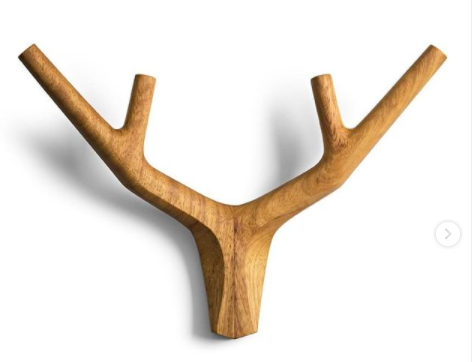 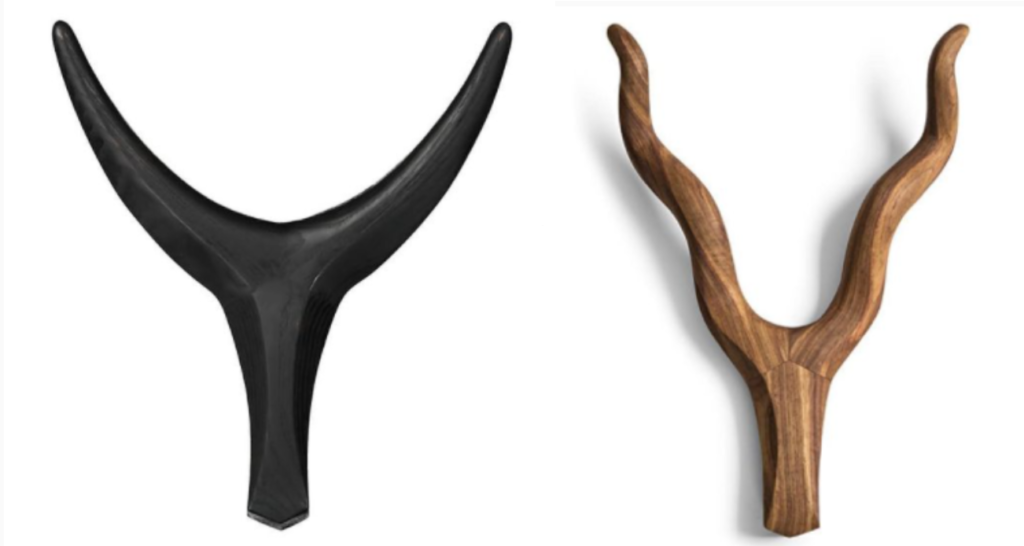 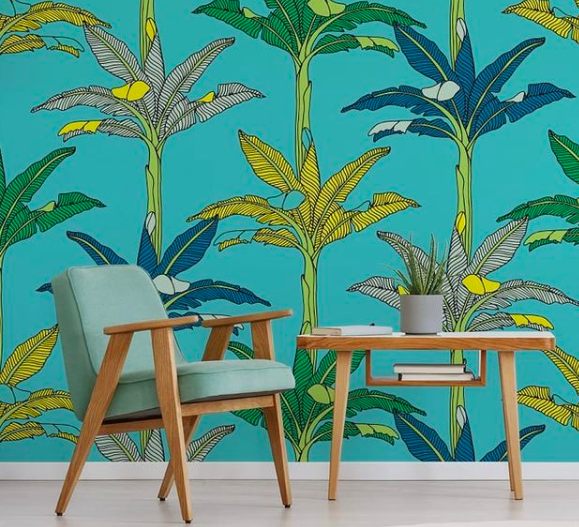 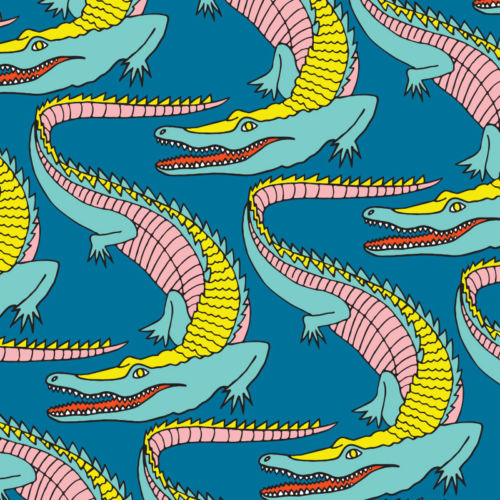