‘Amazing journey’ of integration and acceptance in Waterford Ireland

IT’S a Christmas story that few can find equal, the first wave arrival of refugees last February from Ukraine and few would have predicted anything other than a quick end – one way – or the other. 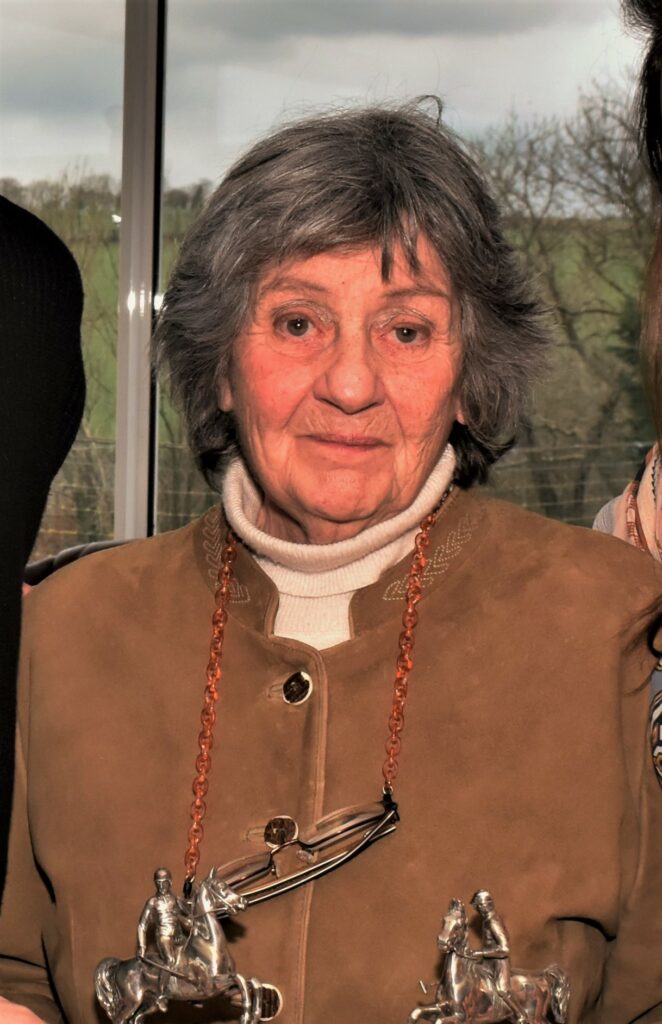 In that earliest of waves one group of around 20 women of all ages and levels of society found their way to Waterford City in Ireland’s Sunny Southeast. They arrived with little more than what they could carry to new, hastily arranged accommodation and despite language barriers and cultural differences they are thriving at the Edmund Rice Centre in Barrack Street: the centre hosts the Information & Integration Unit, helping refugees and immigrants integrate in the local community, their base for when the Waterford Ukrainian Ladies group was formed almost 10 months ago.

What they found was a place to thrive and grow their skills, learn the local language and integrate in their new communities. They almost certainly found peace – and the widow of Major Hugh Dawnay, the recognised ‘Father of Modern Irish Polo’ although that likely mattered little to them given the circumstances. 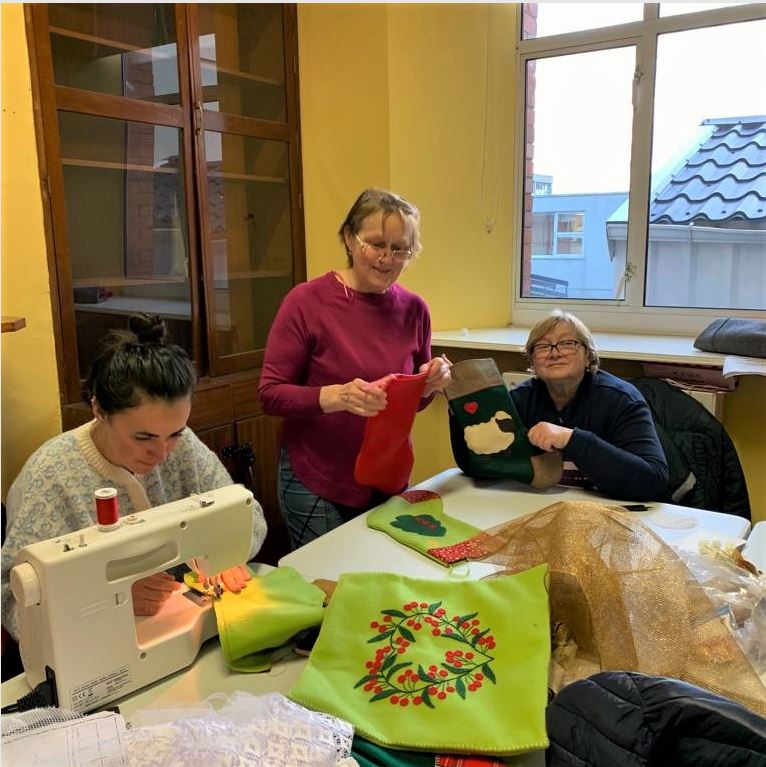 Some of the Ukrainian Ladies group at the Edmund Rice Centre Waterford Ireland, hard at work on handcrafts and art for the recent Christmas Sale of Work

Artist, craftsperson and entrepreneur Maria Ines Dawnay, still thriving in her Georgian replica home near Waterford City took them under her welcoming wing and into her warm embrace and alongside their weekly English language education, gave them a place at the Edmund Rice Centre to grow their natural creative abilities in handcrafts and art, the fruit of which was a hotbed of Christmas shopping closing just recently and a source of much needed funds. The group relies solely on private donations to obtain materials and supplies.

“It has been an amazing journey,” said Maria Ines Dawnay when she spoke with Pynck.com. “We started with almost nothing. I gave them the idea to sell (artisan creations) and make money.” 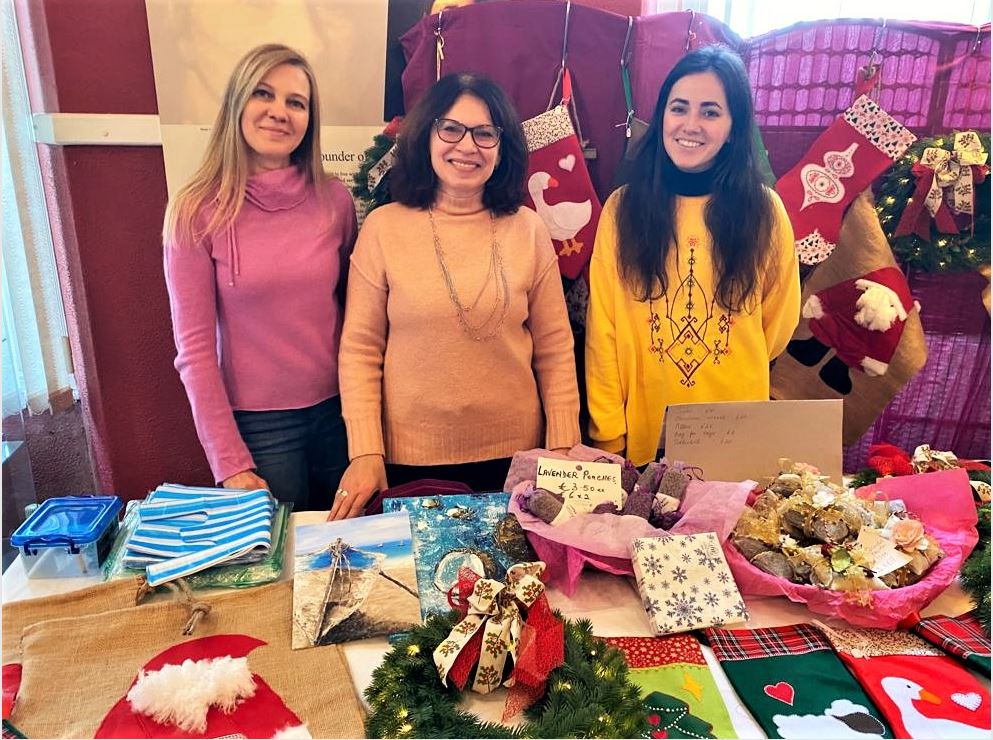 Through those early months that began last February, the Ukrainian community in Waterford has had to acquire furniture for where they have found shelter and all that goes with it: enrolling their children in local schools and from little or nothing, find all the resources that every home needs.

Maria Ines added, “When they first started they were really shy but you see, we can communicate even when the language isn’t the same and it is wonderful to see that.”

Maria Ines is no stranger to humanitarian efforts; while wife to the late Major Dawnay and mother to sons David and Sebastian Dawnay she fulfilled an integral role in driving an ambulance across Europe and Russia for the Chernobyl Children’s Foundation set up by Adi Roche. 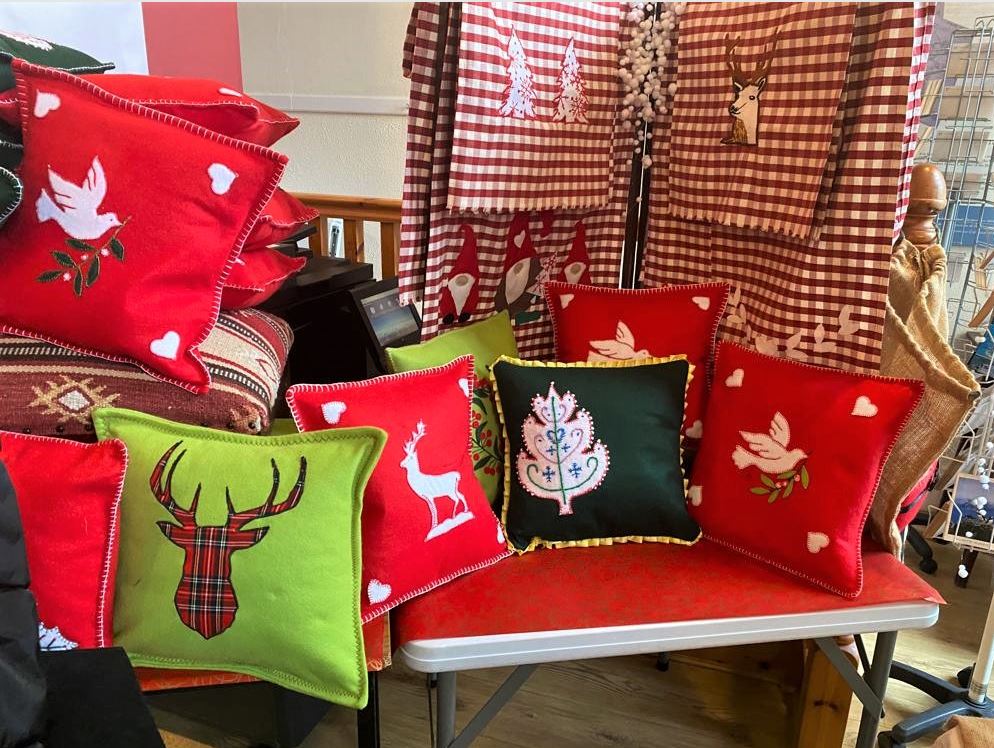 This Christmas story that few can equal is expected to continue for as long as it’s needed and as the situation in Ukraine continues, all who have been forced to give up the lives they have known and flee to Ireland, where up to 70,000 will have arrived by next February will find a warm welcome from Maria Ines Dawnay at the Edmund Rice Centre in Waterford City and perhaps most valuable of all, hope for the future.