MICHELIN chefs in Maynooth, County Kildare have launched authentic Isaan dishes drawn from Irish produce at Kin Khao Thai, the only restaurant of its kind in Ireland to feature an open char grill directly imported from Thailand. 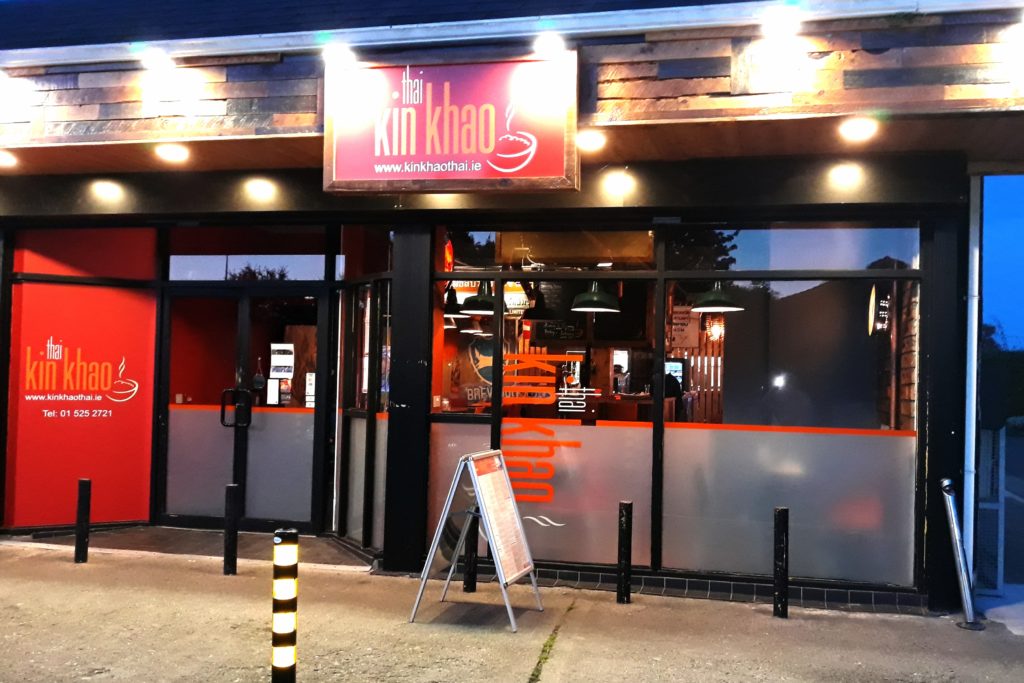 The Isaan style dishes that have been brought to Kin Khao Thai originated in North-eastern Thailand and are noted for a complex layering of bold ingredients featuring spicy chillies, fresh lime, fermented meats and fish along with mint.
The food is hearty and humble on a menu filled with family recipes contributed by Janya Lyons and top chefs Tong and Bank from the Michelin starred Kiin Kiin Thai Restaurant in Copenhagen. Chef Bank cut his culinary teeth at the celebrated Michelin restaurant in Bankok, Bo Lan and all three have created a menu filled with traditional and regional foods that originated at home.

“Authenticity is the benchmark of Kin Khao Thai,” says Janya Lyons. “Open charcoal grilling is the standard method of cooking for generations of cooks in Thailand. It is traditional cooking styles and recipes all made in house from local suppliers and the best ingredients.”
Kin Khao Thai in Maynooth has taken all the elements of the popular Isaan region’s street food and ramped up each dish for authentic flavours and ingredients. The early evening menu starter and main course for €20 is the best option to sample what is available in the extensive A La Carte menu that follows later on in the evening, the mildly spiced Isaan sausage starter trio of smoky and tangy fermented pork was deliciously paired with thin slices of fresh ginger, crushed peanuts for dipping and a single fiery chilli for nibbling along with fresh coriander leaves.
The main course Lao curry brought together fermented beef and vegetables in a hearty beef broth, authentically seasoned with a touch of sweetness and spice for a moderately hot outcome on the palate.
Kin Khao Maynooth follows on from the original, well known establishment in Athlone, County Westmeath opened by Janya Lyons and husband Adam while at the same time, raising the bar in authentic Thai flavours while the place itself is like a breath of fresh air, designed to reflect the urban street scenes familiar to many in Thailand.
“We scoured Bangkok, looking for the discards of a disappearing age,” says Adam Lyons. “Seeing, touching and sensing the life of previous generations of street traders and businesses was very moving. It filled me with a sense of the hard work and sacrifice one generation makes for the next.” Kin Khao Thai Maynooth is open every evening except Tuesday at 5pm while lunch is served Thursday to Sunday excluding Saturday.