For 86 years Newbridge Silverware, one of Ireland’s best-known lifestyle businesses has evolved and innovated. Founded in 1934, Newbridge Silverware was originally known as ‘The Newbridge Cutlery Company’ and specialised in making quality tableware for domestic and commercial use. Over the course of almost nine decades the company has been one of the great innovators in Irish business and remains one of Ireland’s oldest surviving manufacturing companies. Socio and economic events including World War II, multiple recessions and changing trends in fashion, dining and lifestyle all contributed to the company’s need to evolve and to innovate.

During the Second World War, when raw materials were scarce, the company relied on recycled old Dublin tram tracks to stay in business. In the 1940s The Newbridge Cutlery Company employed over 600 people and was one of the largest private manufacturing companies in Ireland. The Irish government protected and encouraged the business to grow by imposing duties and quotas on imported competitor products. The company was at the brink of closure many times during its history but somehow managed to survive through innovation and ingenuity. 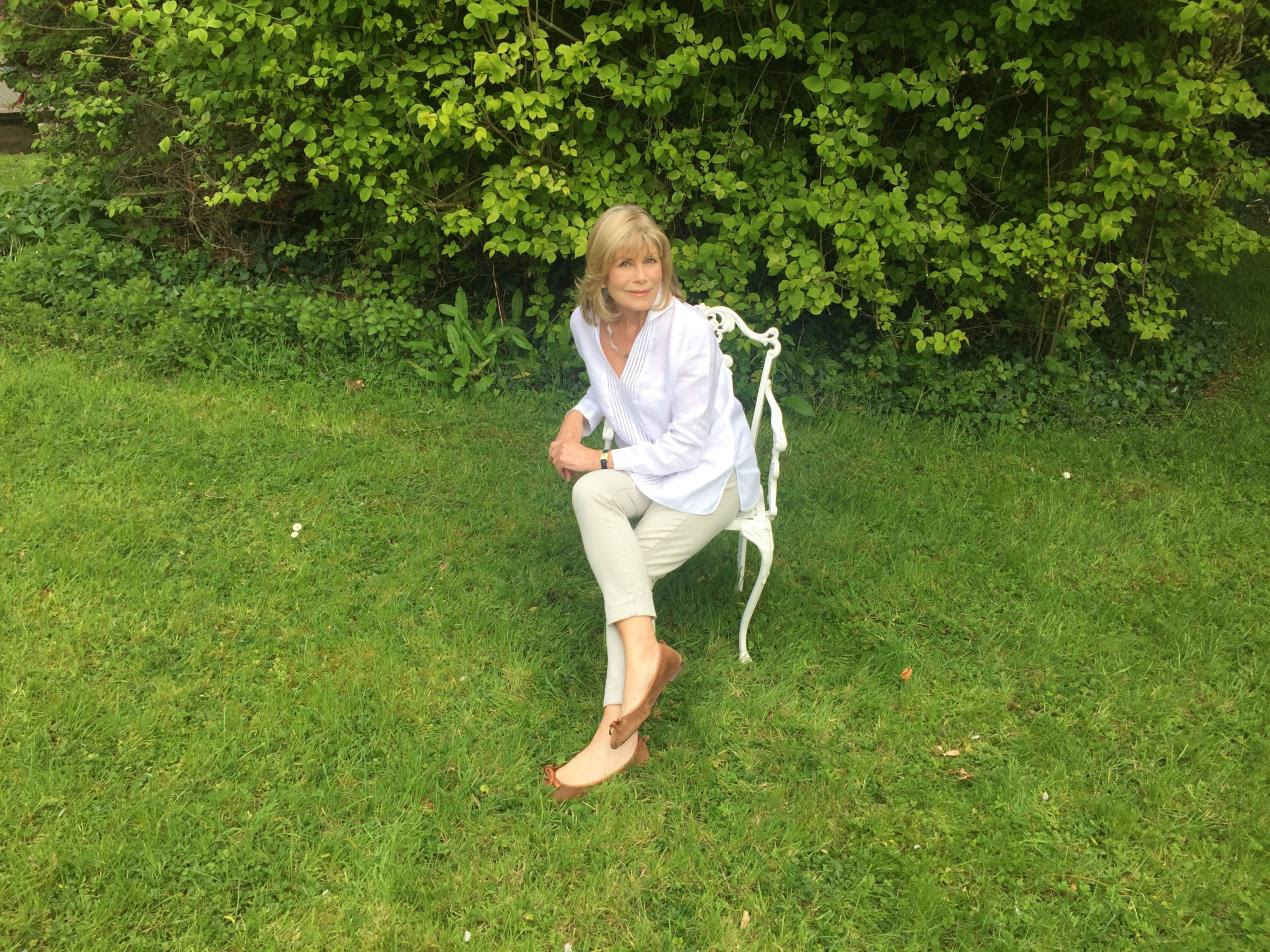 In 1973, Ireland joined the EEC and the Irish Government could no longer control the importation of certain products. This led to serious international competition from other countries including Japan. Closer to home, the competition came from the cutlery manufacturers in Sheffield, England. Newbridge Cutlery was severely threatened by this turn of events and was on the verge of closure.

A group of local businessmen came together and bought the company. Dominic Doyle, father of Newbridge Silverware’s current CEO, William Doyle, was one of those businessmen. The new owners decided to focus on the upper end of the tableware market, manufacturing quality silver-plated and sterling silver tableware only. This direction proved to be a success and the company once again prospered for a time.

However, things did not stay on a positive trajectory for long. In the early 90’s, the trend for formal dining had declined, people didn’t want all the pomp, ceremony and protocol that was once associated with the 1980’s dinner parties, famed for their menus of Prawn Cocktail and Baked Alaska. Newbridge Cutlery’s products were now seen to be old fashioned and the company once again found itself in deep financial difficulty. It needed to change direction and do something new, something that would save the company from certain ruin.

The departure from the manufacture of cutlery only came about quite unexpectedly when a discovery was made, the craftsmen could make jewellery. They had the skills and the equipment. Scrap material left over from manufacturing tableware could be recycled into jewellery. One of the first ‘non-cutlery’ pieces to be made was a napkin ring, this then evolved into a bracelet, next it was discovered that the pattern left on the metal sheets after the cutlery was ‘blanked out’ left some interesting designs which could be made into various fashion pieces. They experimented with different designs and brought the pieces to various trade shows but had no initial success. Management were at a loss as to what to do.

In July 1995 Barbara McMahon, the well-known former presenter of the RTE fashion and lifestyle show, ‘Head To Toe’ paid a visit to Newbridge Cutlery. Barbara had arrived at the showrooms to buy a canteen of cutlery for a wedding present for a friend. While she walked around the showroom looking through the various styles of canteens a member of the team asked her if she would like a tour of the factory and to see some of the prototype jewellery the company was making.

Recalling that fateful day in 1995 Barbara McMahon said, “Of course I was delighted and intrigued to see what was going on in the factory and when I was shown some of the new jewellery I was really impressed. I’m quite a thrifty person and I loved the fact that the company had found a way to use the cutlery ‘off cuts’ in order to make something new and beautiful. I told the management team that ‘Head To Toe’ was due to air again in September and suggested that we would be interested in showcasing the product and to tell the story about the company’s new departure into the world of jewellery. The team was of course delighted but felt they were not ready to show the jewellery and asked if we could show the cutlery on the show instead. After some gentle persuasion we had a meeting of minds and agreed that we could feature the new jewellery range on the next season of ‘Head To Toe’. In September of that year we came down to the showrooms in Newbridge and filmed a really interesting item showing the creation of the jewellery from the design concept, to manufacturing, right through to the finished pieces being put into the now famous ‘little blue box’. People were engaged, the audience loved the fact that an Irish company could be so innovative and yet so fashion forward.”

From that moment, the fortunes of Newbridge Cutlery were about to be transformed. The company soon changed its name to Newbridge Silverware in order to reflect its new ranges which now included tableware and cutting-edge silver-plated jewellery.

One of the first jewellery collections that Newbridge Silverware made was called the ‘Mona Lisa’, it is still available today and remains one of the most popular ranges. It was made from the shape left behind on the blanking machine when the craftsmen stamped out the ‘King’s Collection’ cutlery. Over the years Newbridge Silverware concentrated on improving its techniques and has honed many of the processes. The craftsmen use water jets to cut and finish jewellery they also cast pieces and over time have learnt new methods, such as how to incorporate stones into various pieces. Technology has changed the design process, Computer Aided Design software brings the hand drawn designs created by the design team to reality. It has also helped the company to develop new manufacturing processes such as rose gold plating. Ironically, though many of the machines that are used today are the original ones which first started out life in the factory over 80 years ago.

On her own style, Barbara describes it as informal and relaxed but likes to invest in quality, “A good quality linen shirt for the summer, a good leather belt, pencil trousers, a tweed jacket by Magee or by Irish designer Jack Murphy from Balbriggan and I always wear a Hermès scarf. I like to concentrate on fabrics, materials – things that will last. I always wear a piece of Newbridge Silverware too, sometimes it’s just a little thing that can finish a look.”

“I just always enjoy reading about Newbridge Silverware and I have followed their story for many years now. It is a chameleon of a company. The team has an innate ability to change things up at a moment’s notice and always seems to have its finger on the fashion pulse. I feel so proud that I was able to contribute in some small way to Newbridge Silverware’s story.”

Today Newbridge Silverware is synonymous with premium quality jewellery, homeware, and giftware. Jewellery collections include the classic Princess Grace, Dalique, the ever-popular range by Amy Huberman, TiAMO, Studio Line, Forever Young, a children’s range called Buttercup and a new collection called Sappho to name but a few. The company has also introduced a Vintage Luxe range, selling original vintage homeware and jewellery by designers including Dior, Chanel, Gucci, YSL, Givenchy, Tifari among others. Homewares include everything from EPNS cutlery, earthenware, glassware and endless giftware products for all occasions. The EPNS cutlery which the company started to make all those years ago has also evolved. Classic patterns are still available as are more contemporary designs and finishes. All EPNS cutlery comes with a 55-year guarantee showing the confidence that Newbridge Silverware has in the quality and longevity of its product. Over 80,000,000 pieces of tableware have been handcrafted by Newbridge Silverware since 1934.

In 2018 the company decided to open its factory doors for visitors to see the pieces being made for themselves. The Newbridge Silverware Factory Tour attracts some 100,000 visitors a year and offers the public the opportunity to see the intricate craft of creating quality sterling silver- and silver-plated tableware as well as the many jewellery and gift items which Newbridge Silverware is renowned for worldwide.

As well as the factory tour, the world-famous Museum Of Style Icons also remains a very popular attraction for visitors, it is one of Ireland’s largest ‘free to enter’ tourist attractions, with over 350,000 people visiting annually. The Museum is located just above the showroom and houses many interesting and unique pieces such as garments once owned and worn by Princess Diana, Audrey Hepburn, Grace Kelly, The Beatles, Elizabeth Taylor and Marilyn Monroe to name but a few. There also a number of original letters written by Audrey Hepburn to her father whom she had lost contact with after the second World War. She eventually found him living in Merrion Square, Dublin.

Visiting exhibitions are also a feature of the Museum Of Style Icons. Newbridge Silverware works closely with Julien’s Auctions in Los Angeles who are known as the ‘auctioneers to the stars’. Julien’s hold a number of very high profile auctions each year and a capsule collection of many of the items for sale are exhibited in the museum prior to auction.

Last year, The Museum Of Style Icons exhibited the famous skin tight leather trousers and jacket worn by Olivia Newton-John in the film Grease. Newton-John herself came to the opening of the exhibition and spoke about her life and career and the reason why she was auctioning these iconic garments which was to raise funds for her cancer research foundation in Australia.

Cutting edge design and acclaimed photo shoots with supermodels such as Sophie Dahl, helped to position the company as a leading, contemporary, lifestyle company.

Newbridge Silverware is now associated with many famous names including Princess Charlene of Monaco, Maureen O’Hara, Bill and Hillary Clinton, Linda Grey and many more. The Queen of England used the company’s Celtic pattern tableware when she dined at Dublin Castle during her historic first visit to Ireland in 2011. Joan Collins sought rose gold-plated Newbridge Silverware tableware for her daughter on the occasion of her marriage. The customer base reads like a ‘who’s who’ of the worlds of film, music, politics and entertainment.

The full Newbridge Silverware product range is available to purchase online. The company is also offering free shipping to anywhere in Ireland. For more see www.newbridgesilverware.com