Geraghty Cheltenham breeches auctioned for over £1,700

A WHOPPING £1,730 has been raised for the Irish Injured Jockey Fund when a pair of breeches worn by one of Ireland’s racing greats, Barry Geraghty was put up for auction. 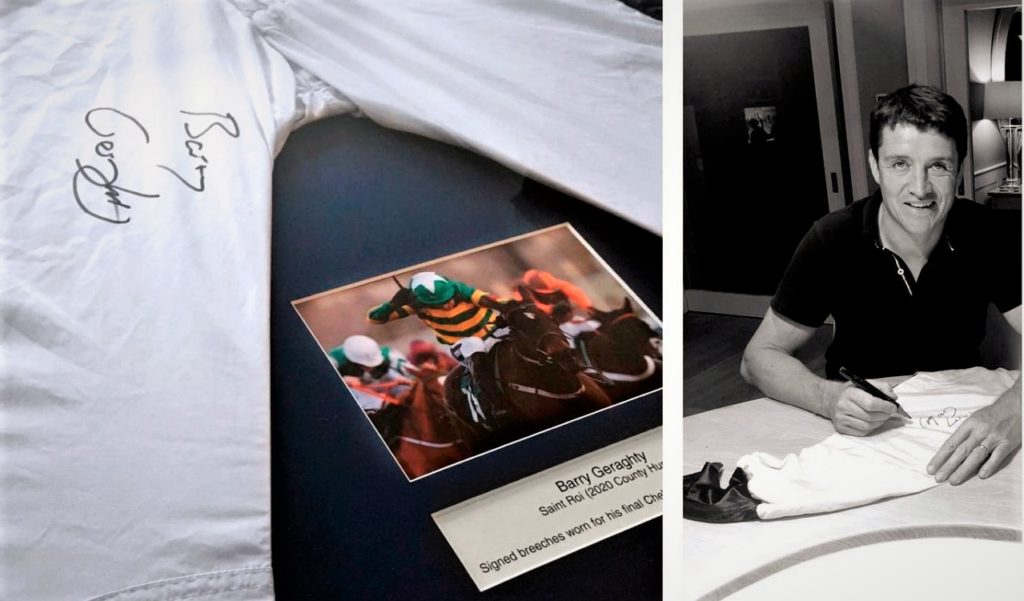 Donated by Barry Geraghty, the signed breeches saw the champion rider through all four days of the Cheltenham Festival last March including the Randox Health County Handicap Hurdle on St Roi. The winning bid was won on 25th October by an anonymous donor, who also earned a signed photograph of Geraghty in the County Hurdle at Cheltenham.

“Having had my fair share of injuries I got to know about the superb work of the Irish Injured Jockey Fund,” said Barry Geraghty, who retired from racing last July. “They play an integral part for jockeys and racing as a whole and any support we can give them will be greatly appreciated.”

The online auction through UK auction house Jumblebee was just ahead of the release of new Christmas cards featuring ‘Stable Stars’ by renowned Irish equine artist Peter Curling. A new 2021 calendar featuring 13 racing related images by leading equine artists is also due to be released. 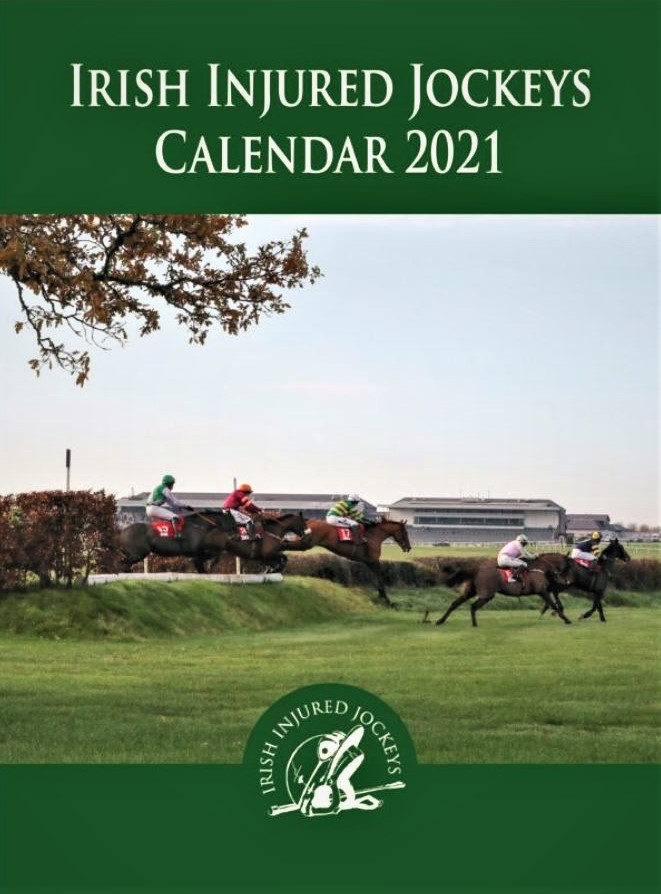 Added Barry Geraghty: “Winning the County Hurdle on Saint Roi gave me a huge buzz but it was obviously a strange feeling as I was getting off in the winner’s enclosure at Cheltenham knowing it would be my last.”