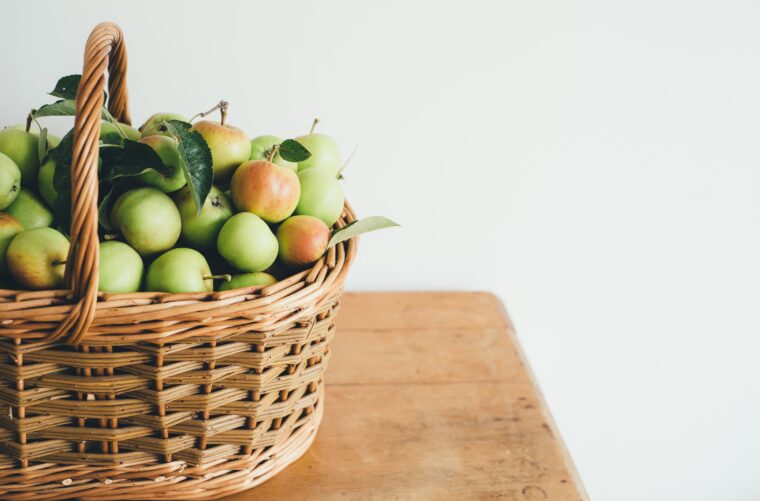 We are talking about food a lot these days! As fickle as the food trends have appeared to be, the lockdown period has established a widespread enthusiasm for home cooking—a first time for many. Those who usually had the means to dine out regularly, shifted a portion of their spend to quality ingredients for cooking at home. At the same time, people want to support local businesses more than ever.  A study in the United States found that over half (53%) of American consumers were more likely to ‘buy from a local business instead of a national retailer during the COVID-19 crisis.’ Communities have banded together to make sure favourite local green grocers, butchers and cafes would be able to weather the storm. Additionally, climate change, and the ways consumers might mitigate their personal impact continues to be hugely topical. At the intersection of all these social motivations, is a lifestyle choice that is gaining momentum: eating local and seasonal foods.

The pandemic has also reminded us about the shortcomings of global food supply chains. Initially people worried about food shortages as news broke about inconsistent farm labour and outbreaks in factories. In response, masses of Irish people opted to take matters into their own hands. People all over the country were digging vegetable patches and sewing their own seeds this summer, in a style that harkened back to the ‘Victory Gardens’ of WWII.  For many, this was the closest to the source of their food they had ever been. A different mindset took hold. Outside of the conventional grocery store environment, people are reminded of the labour, of the seasonality.

A survey in the UK reported that 42% of people feel the pandemic ‘has made them value food more.’ Ipsos Mori, found that 35% of British people are buying more local food than before the crisis.  In Ireland, suppliers of veg boxes such as Beechlawn Organic Farm, have struggled to keep up with demand from new customers. Outdoor community food markets reopened to renewed admiration. Many cafes have expanded their ‘grocery’ offering, selling their own granolas, hummus, and hot sauces. In addition to supporting the resilience of the local economy, foods that are grown or produced locally generally have a lower carbon footprint than imports.

However, eating food when it is in season can be just as important, if not more important for the environment. A report commissioned by 28 independent Irish food businesses last year, found that the average carbon emissions required to grow produce out of season in Ireland, in a heated greenhouse, is one and a half times more than that of an avocado imported from South America. Over the years, people have grown to be more concerned with where their food is coming from. They are even more conscious of it now. Brands can expect that the next wave of environmentally conscious eating be all about seasonality. Today’s consumer is armed with information and is willing to devote the time to ‘background checking’ before buying. Brands should anticipate that the list of criteria by which consumers hold them accountable is expanding all the time. Strategise about transparency today. And if you have brand assets, like being Irish, locally made or in season now, now is the time to shout about them.