Already unfolding but reinforced at that red look was a cycling short story pitched squarely at the huge Kardashian constituency whose pulse Rousteing’s fingers are so attuned to. Then came a step across to washed denim, first in cut-offs then in washed menswear explorations of French prep. A turtleneck in this fabric, part of a Franco-Canadian tuxedo, was wonderfully sweet and sour and knowingly naff: possibly a passing tribute to Steve Jobs with whom’s Apple Balmain was promoting a season-specific playlist. 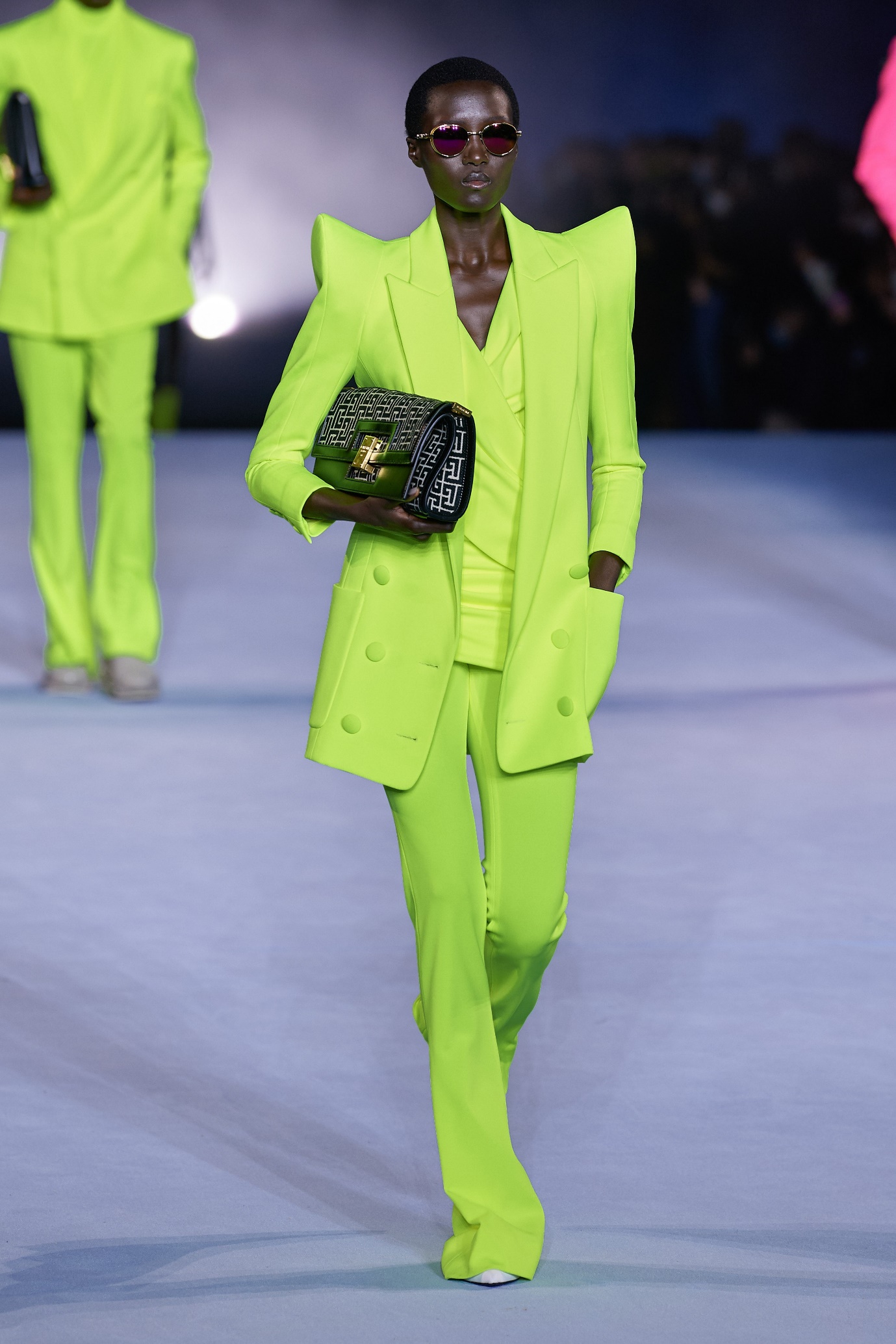 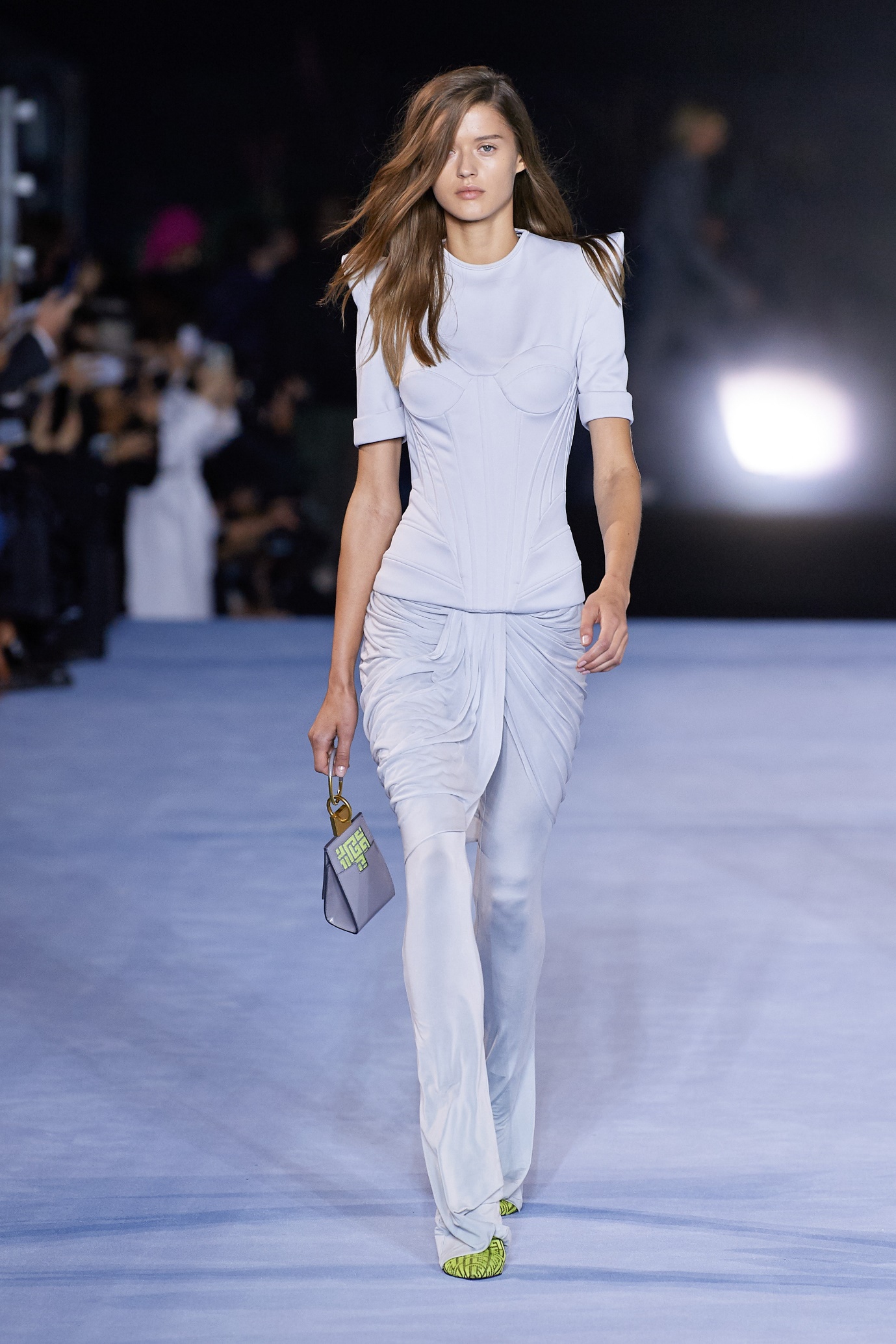 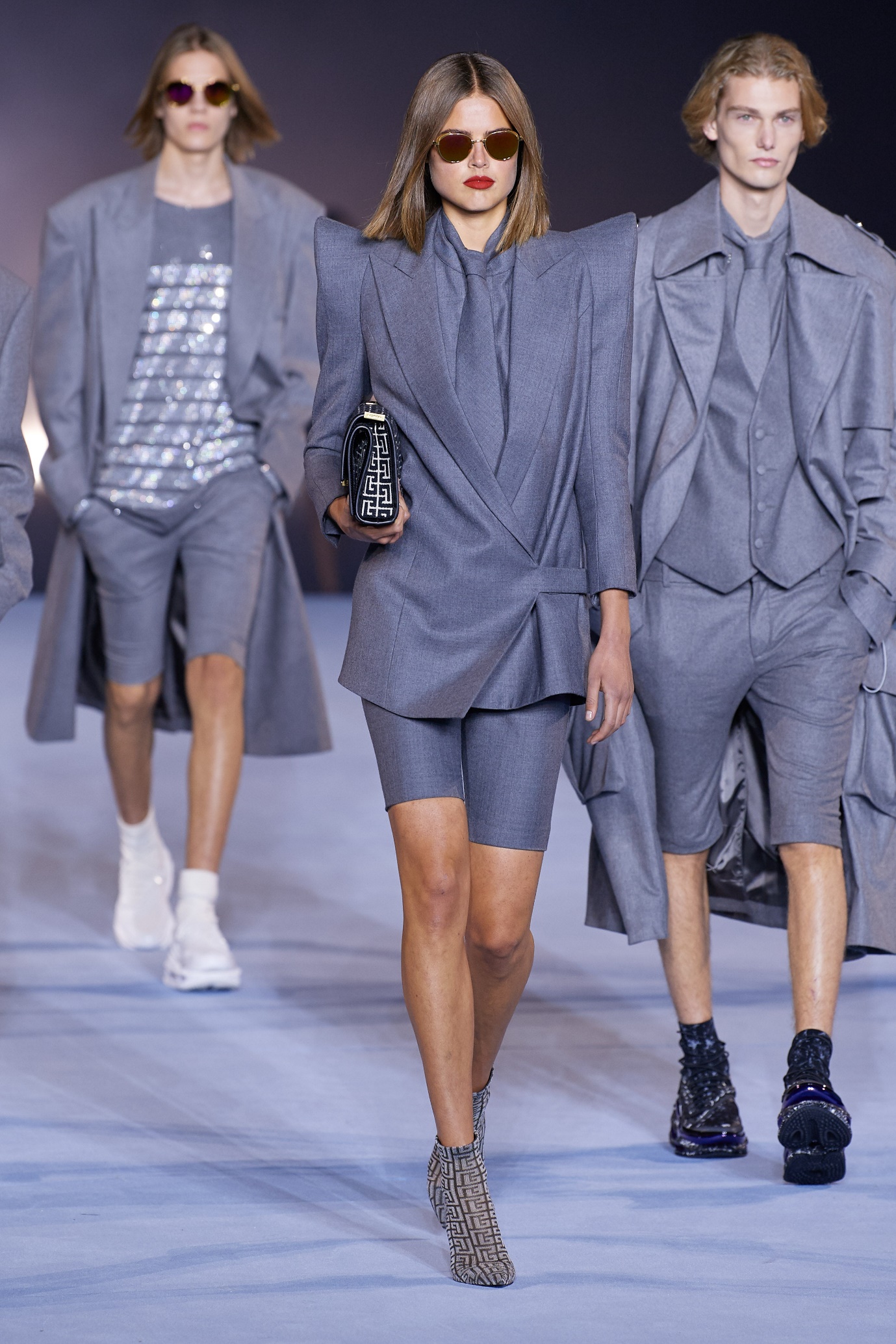 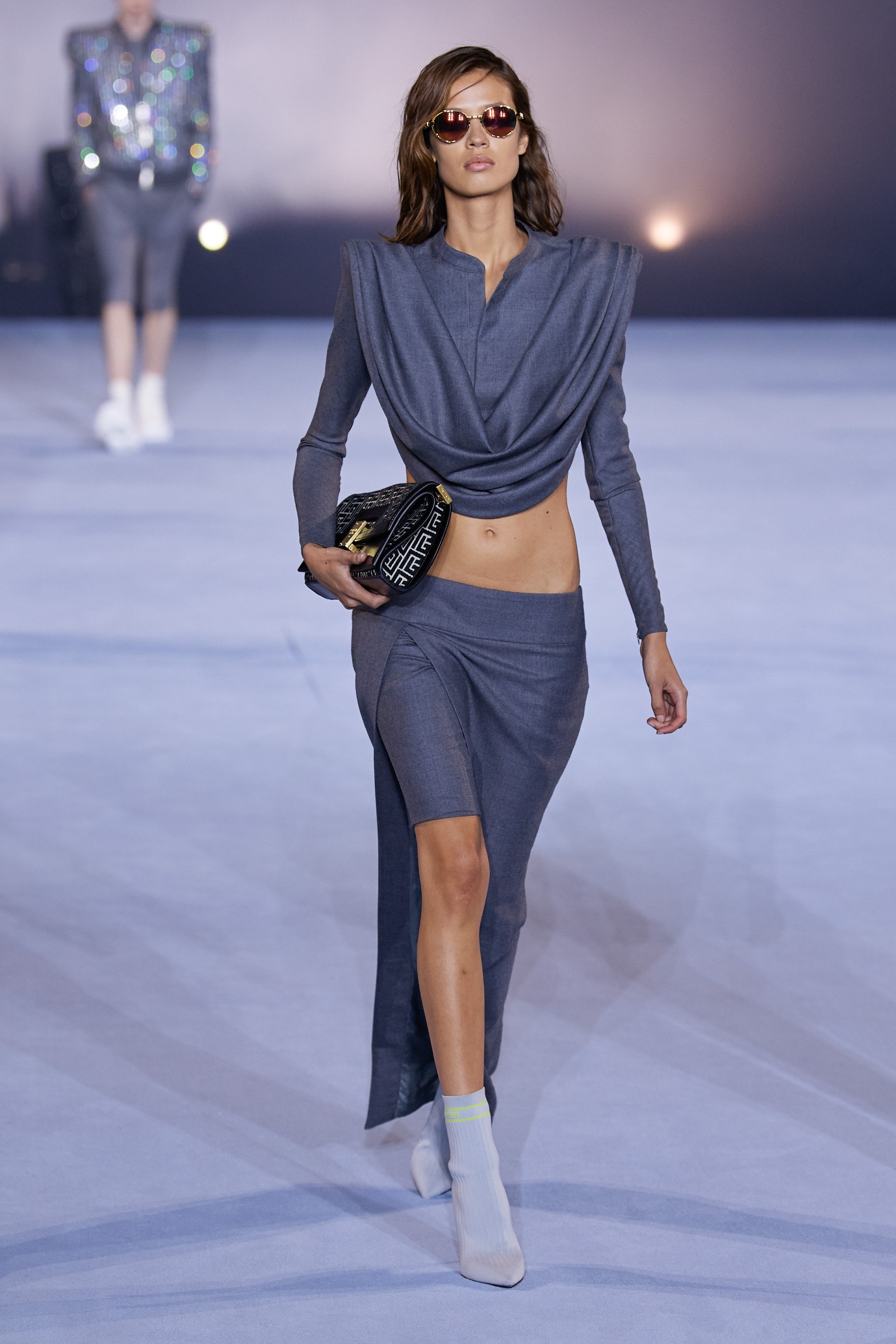 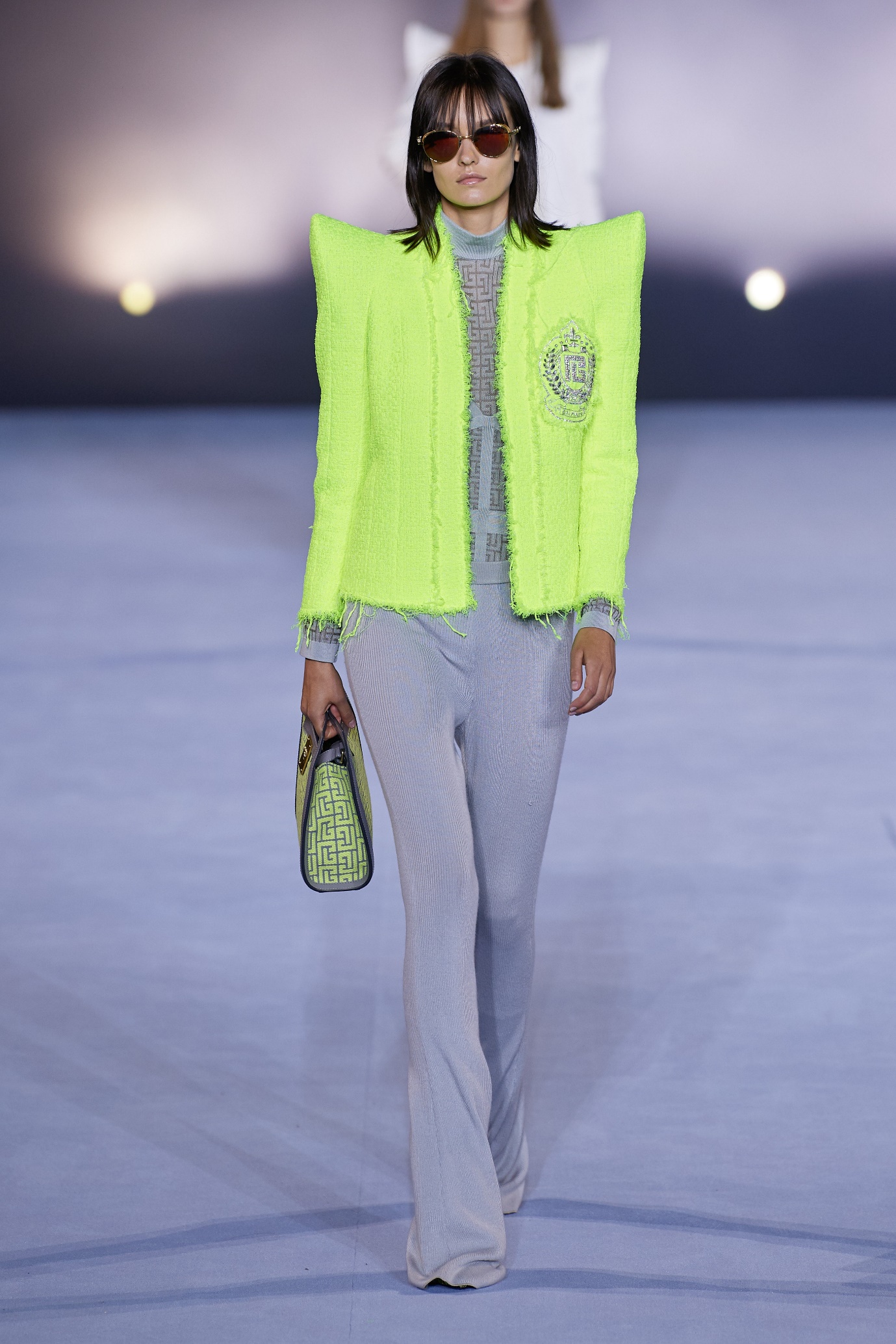 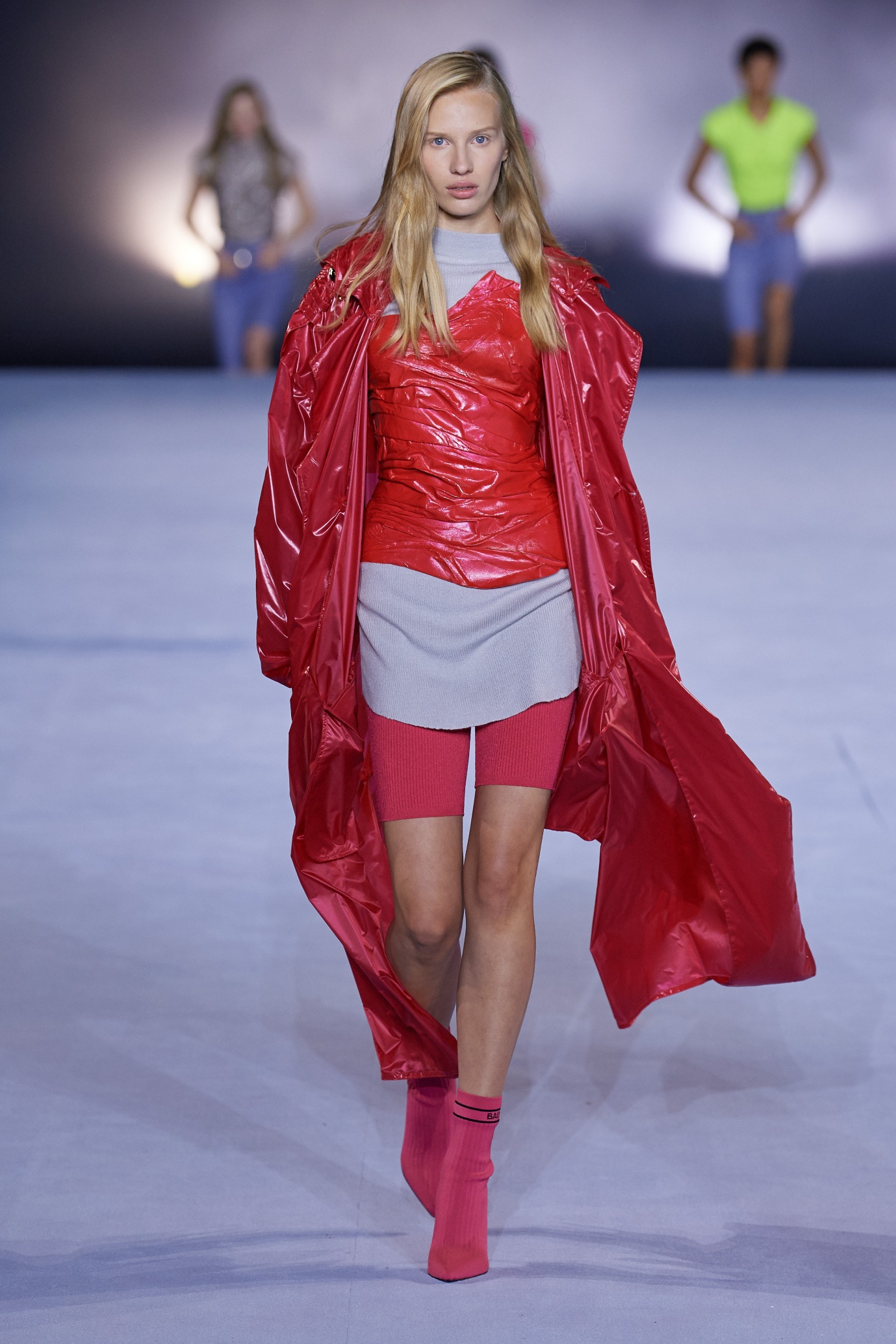 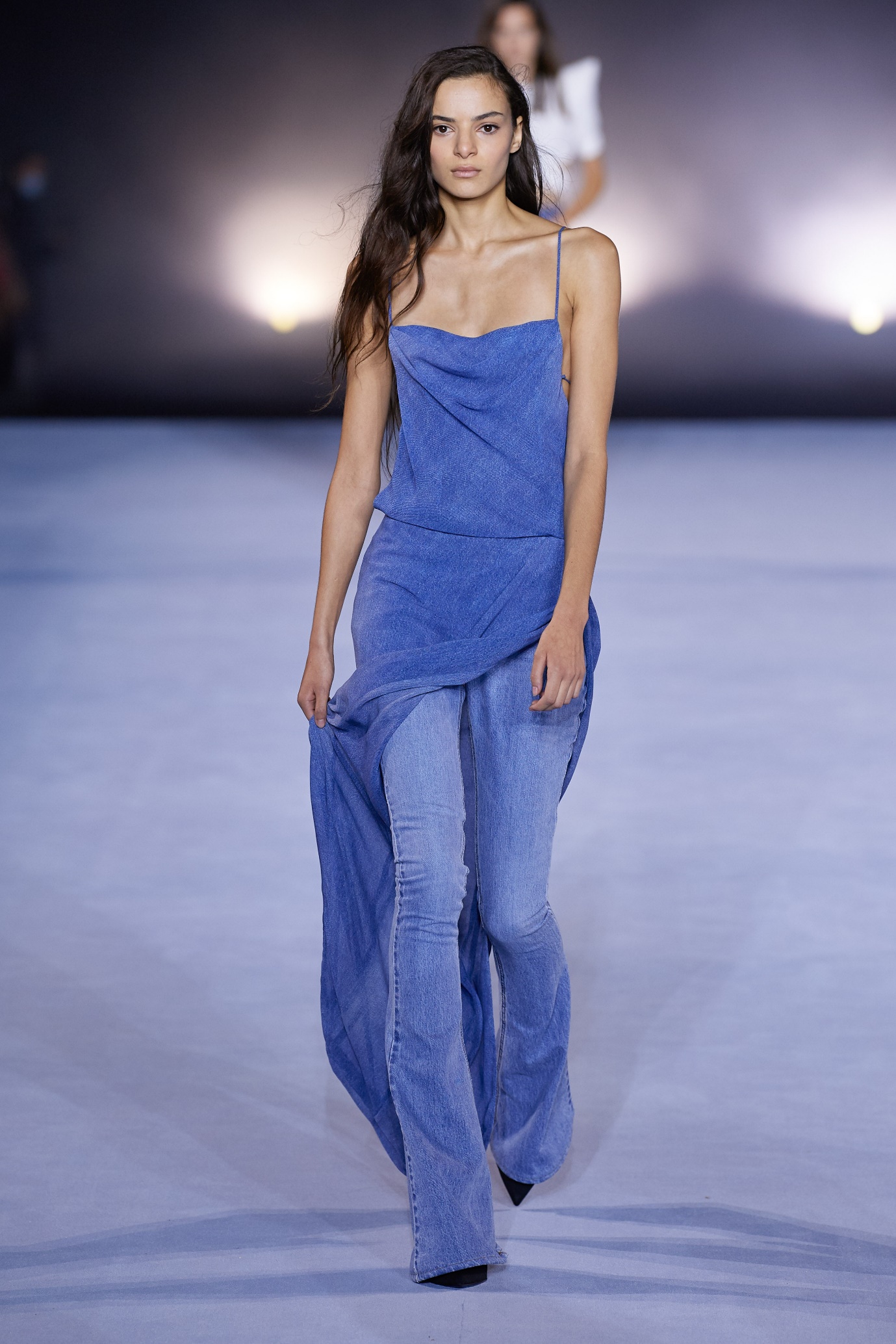 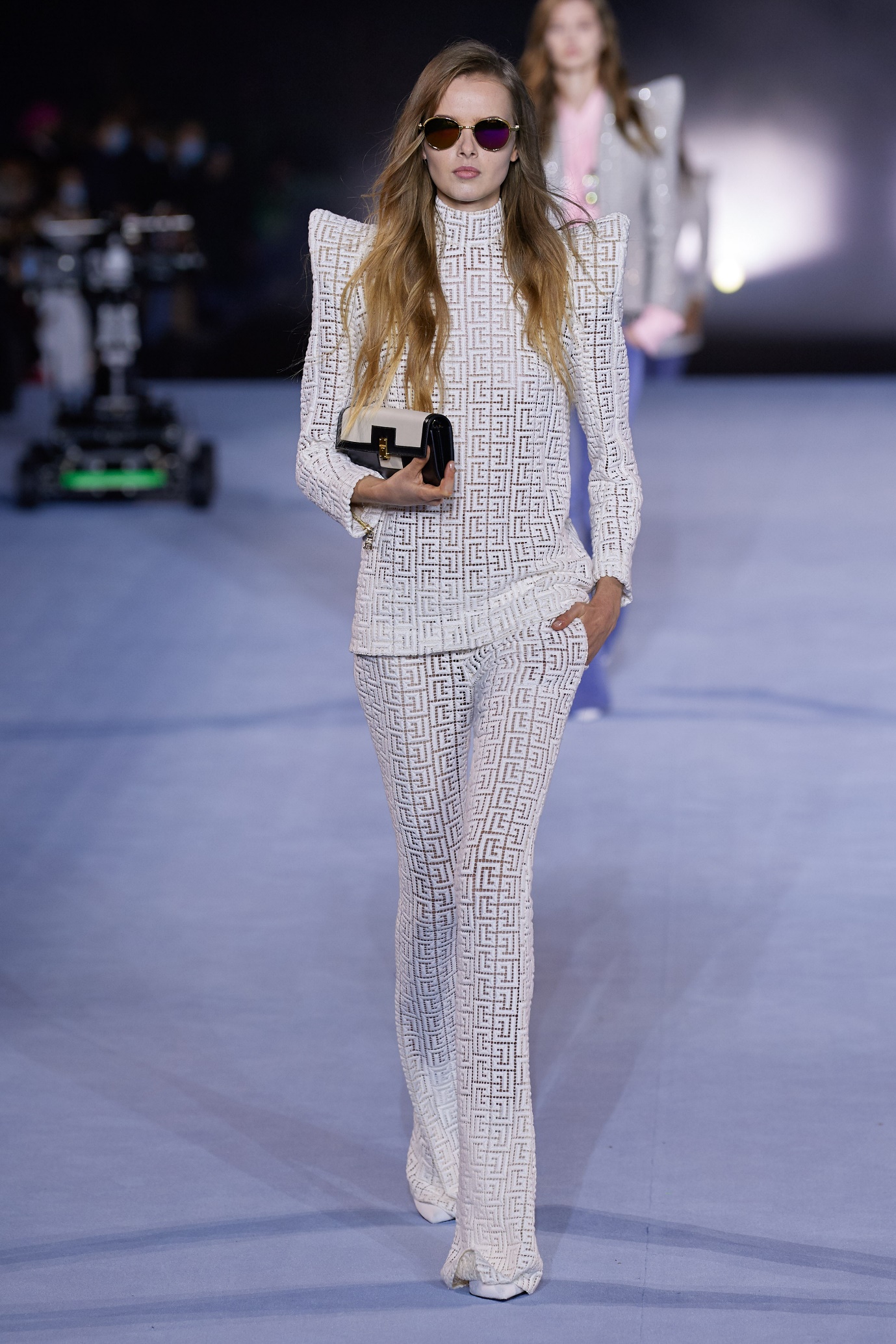 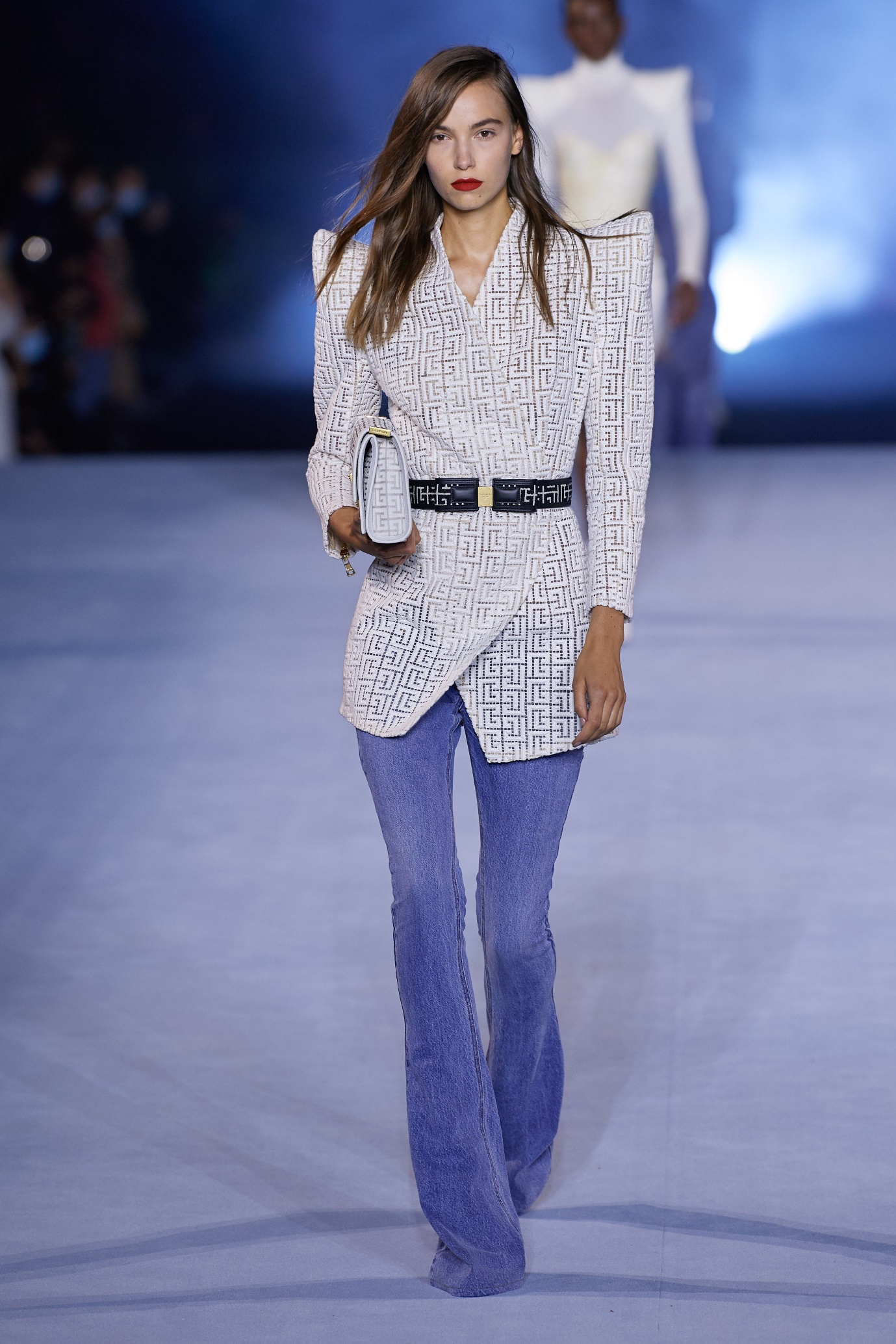 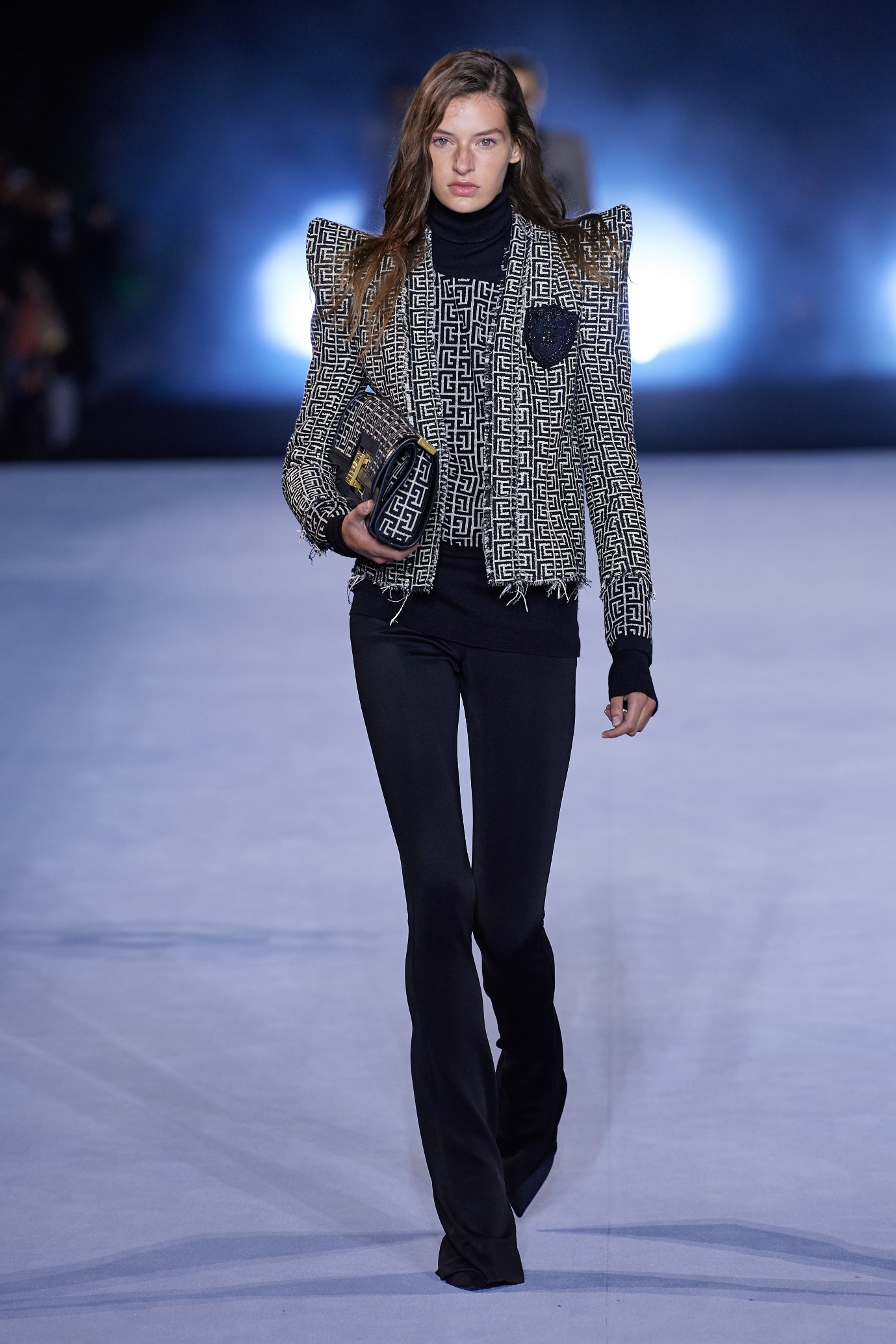 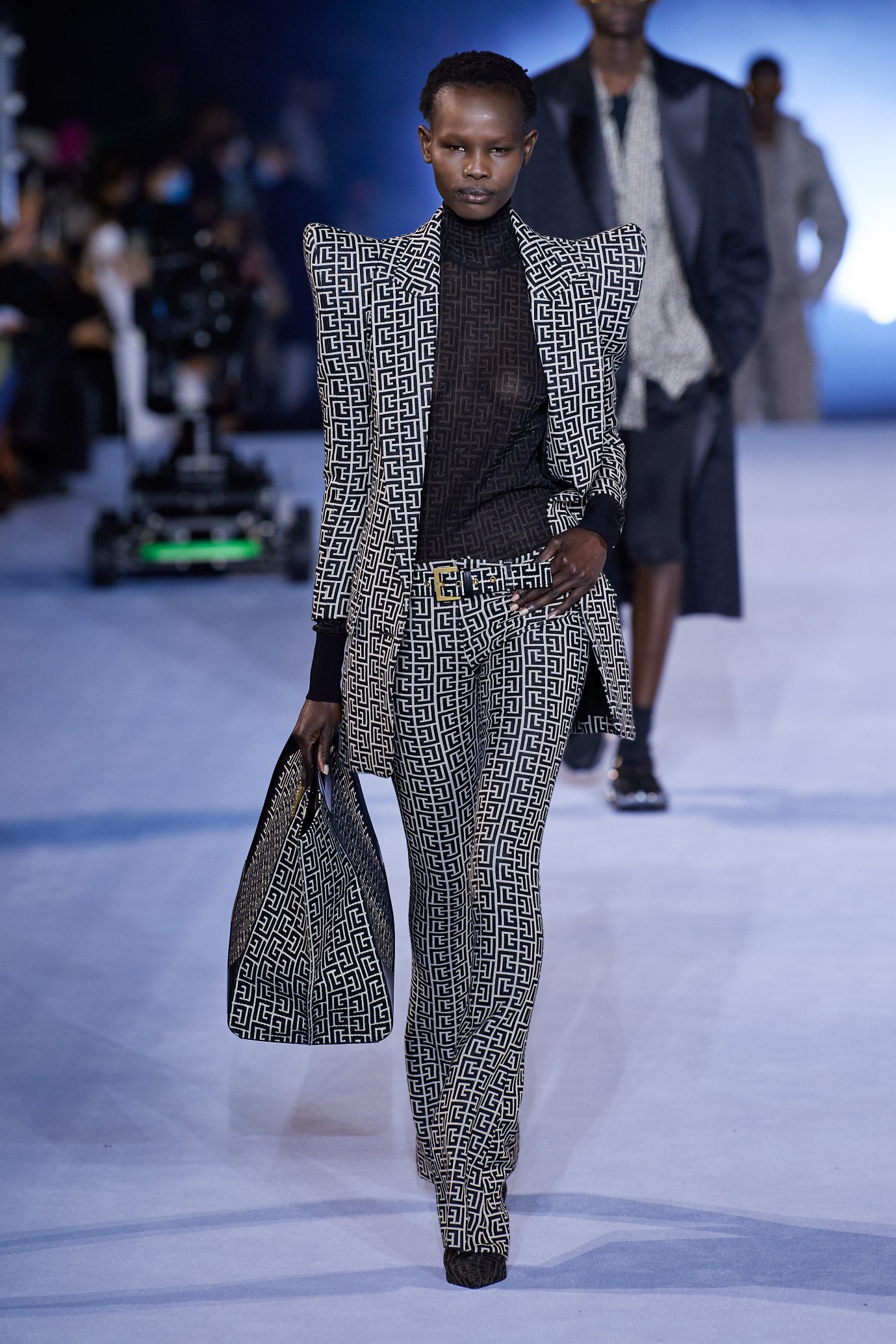 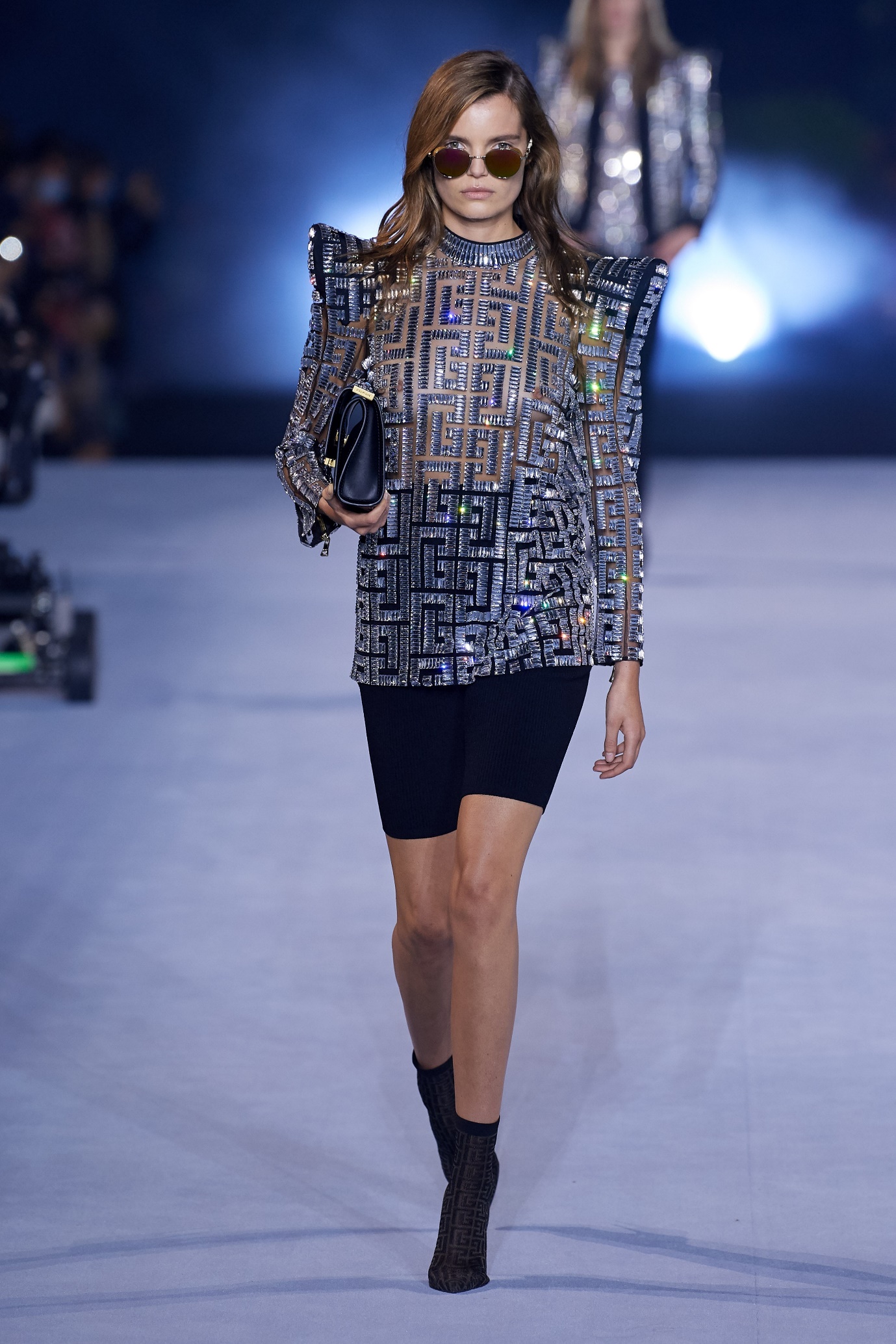 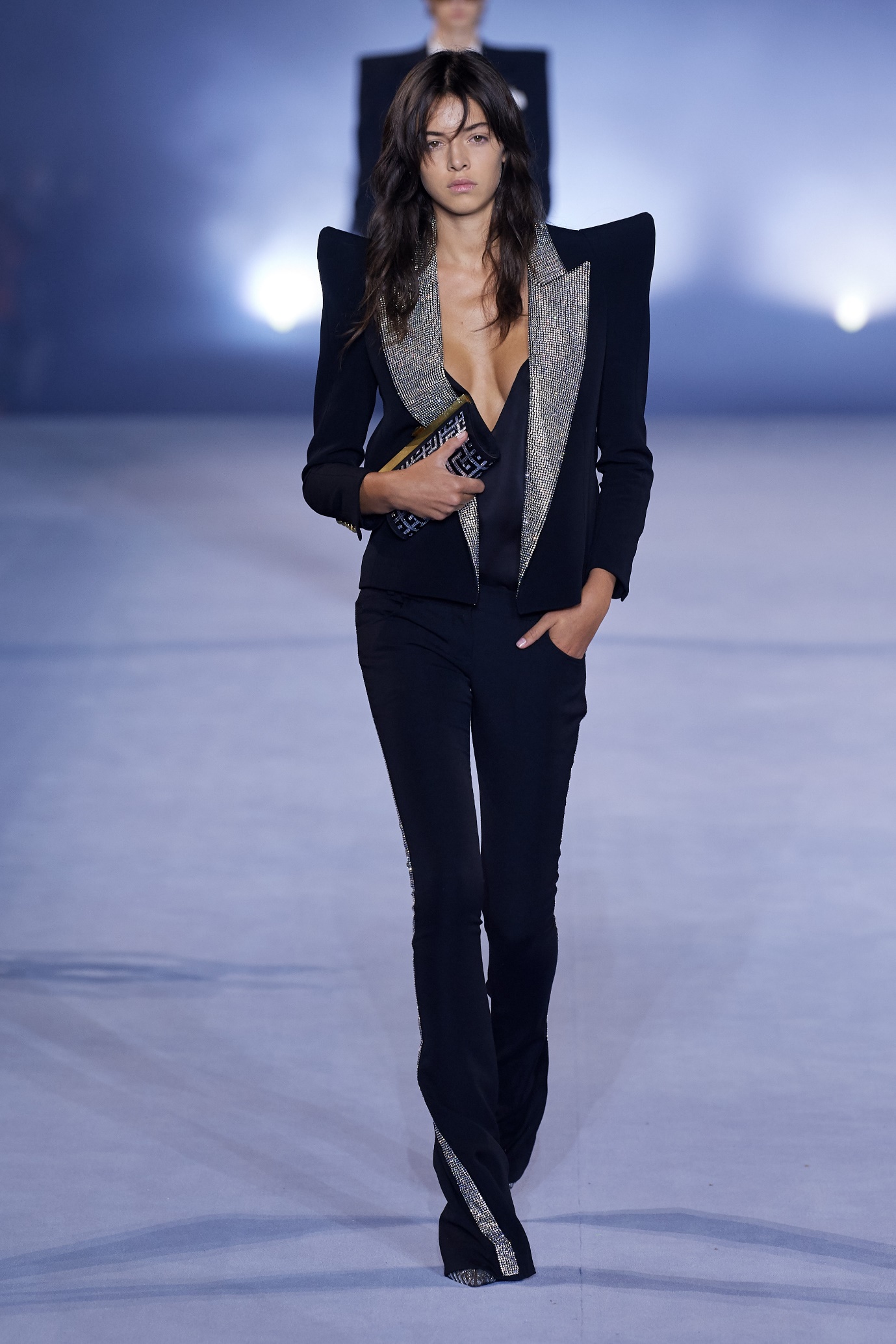 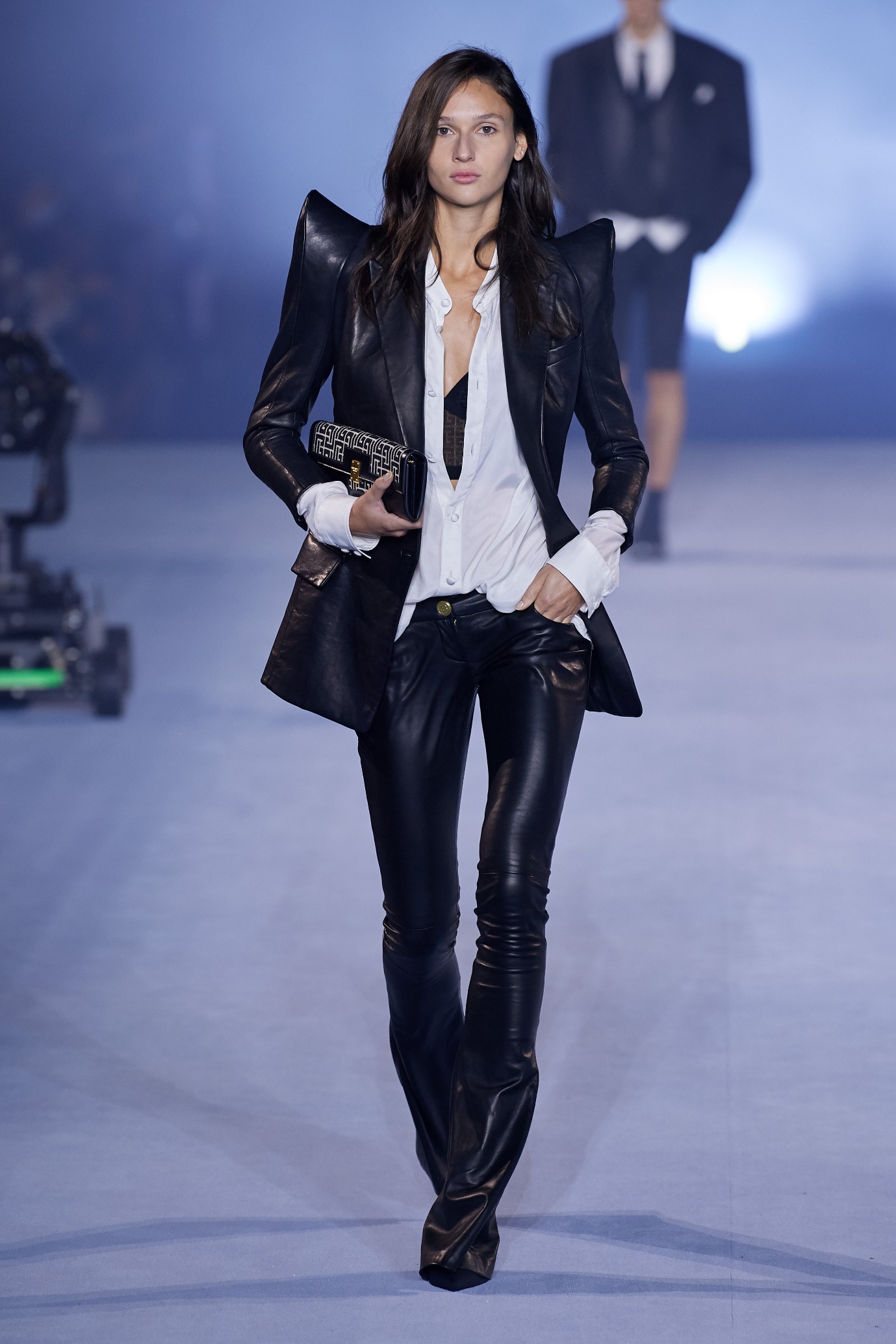 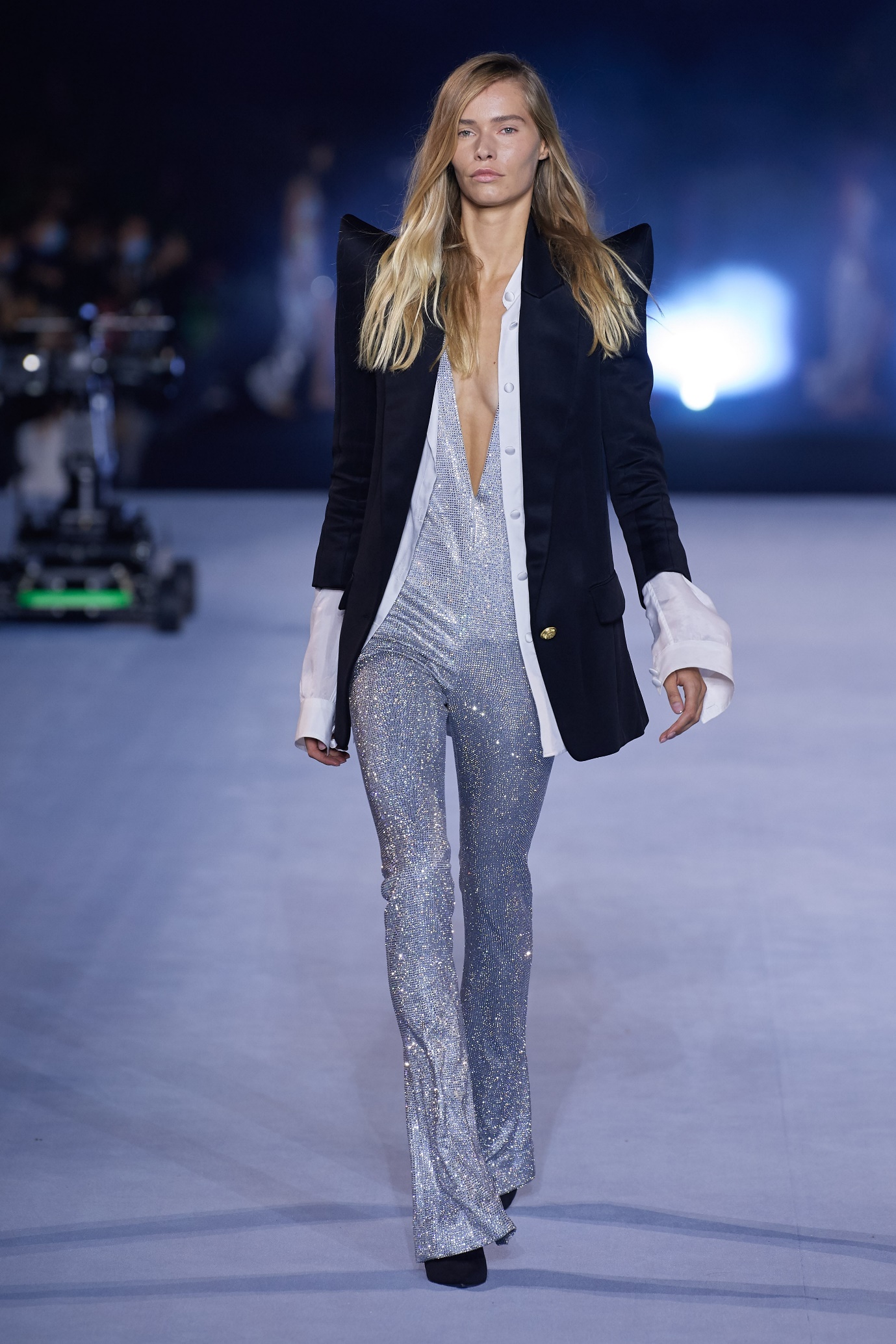 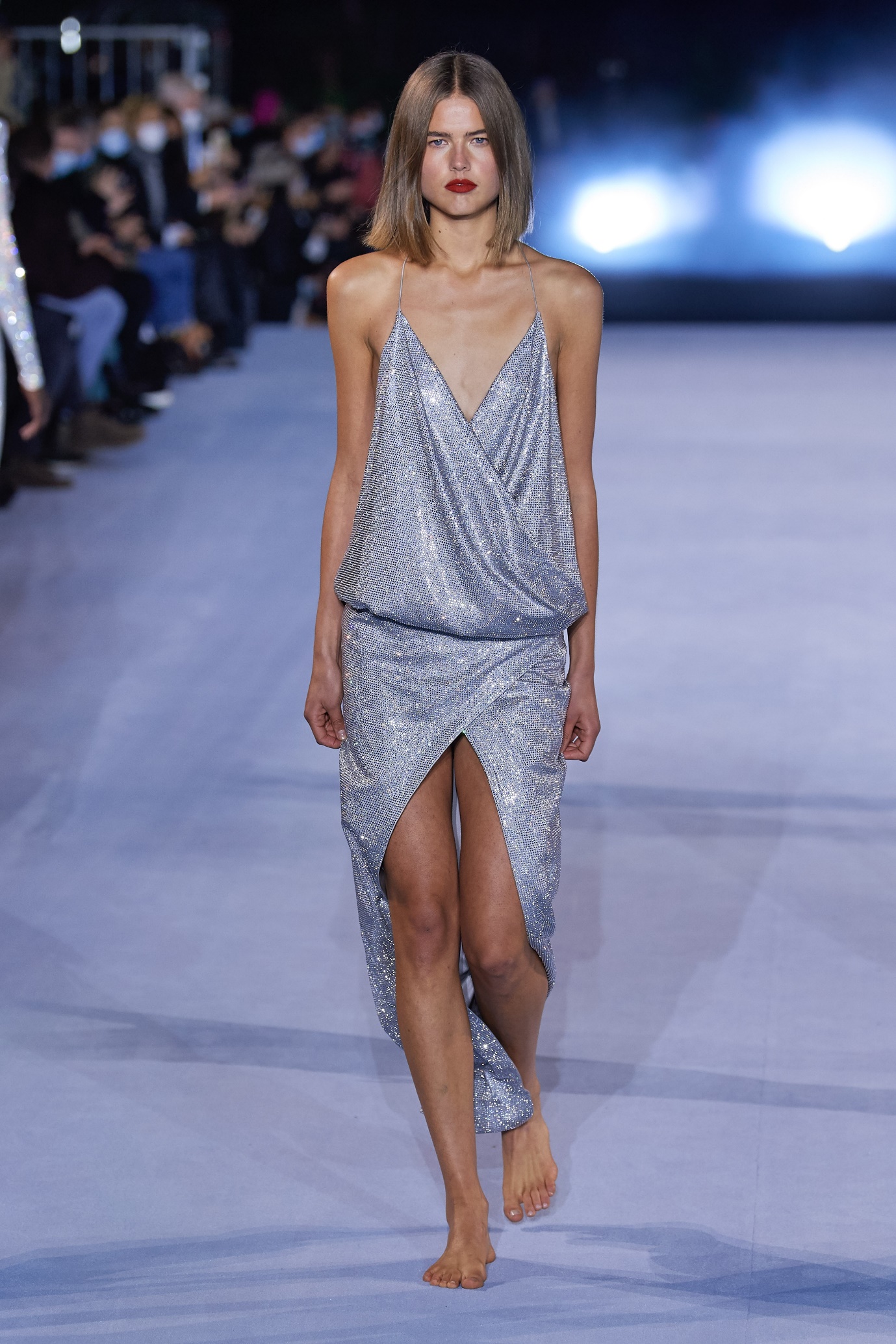 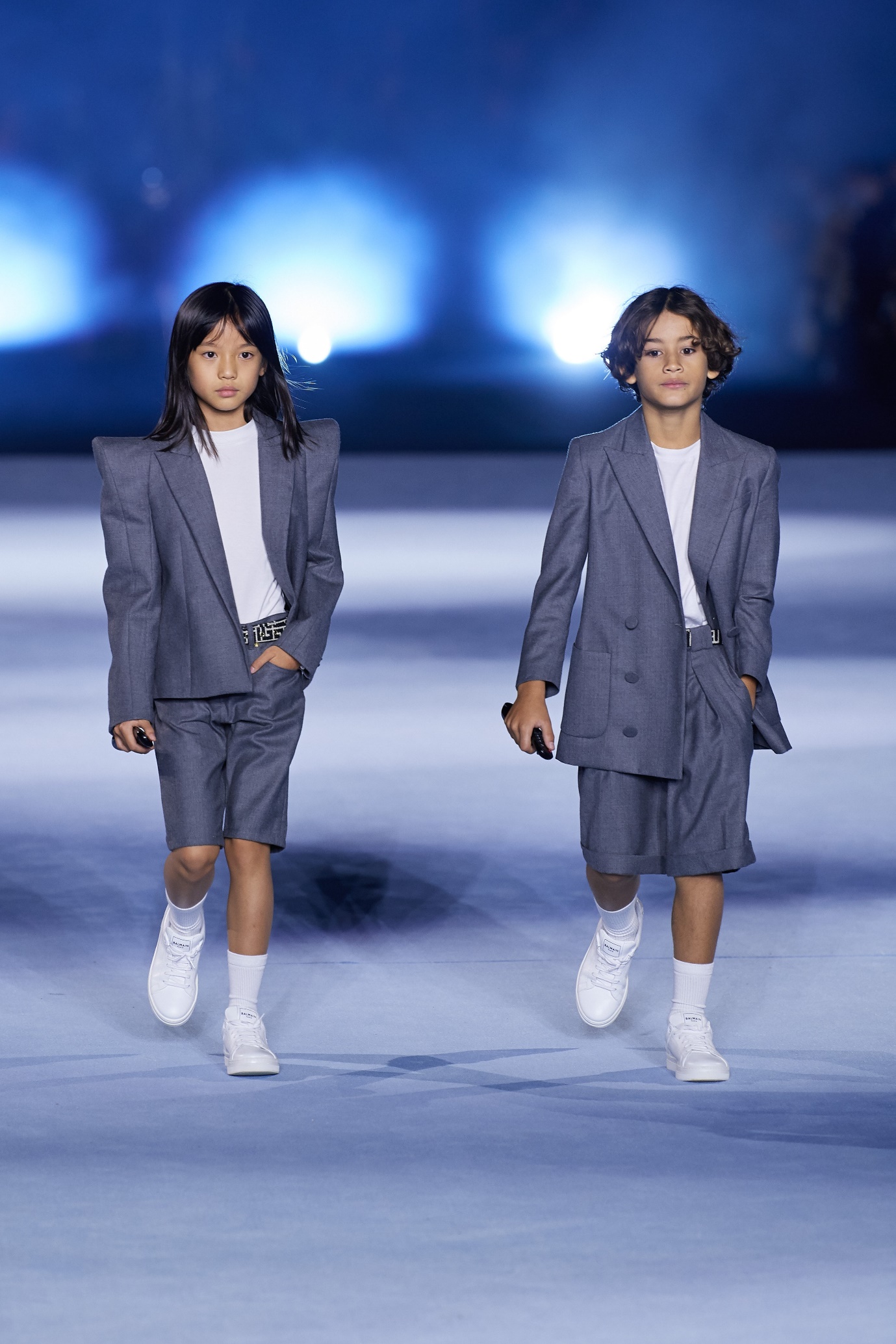 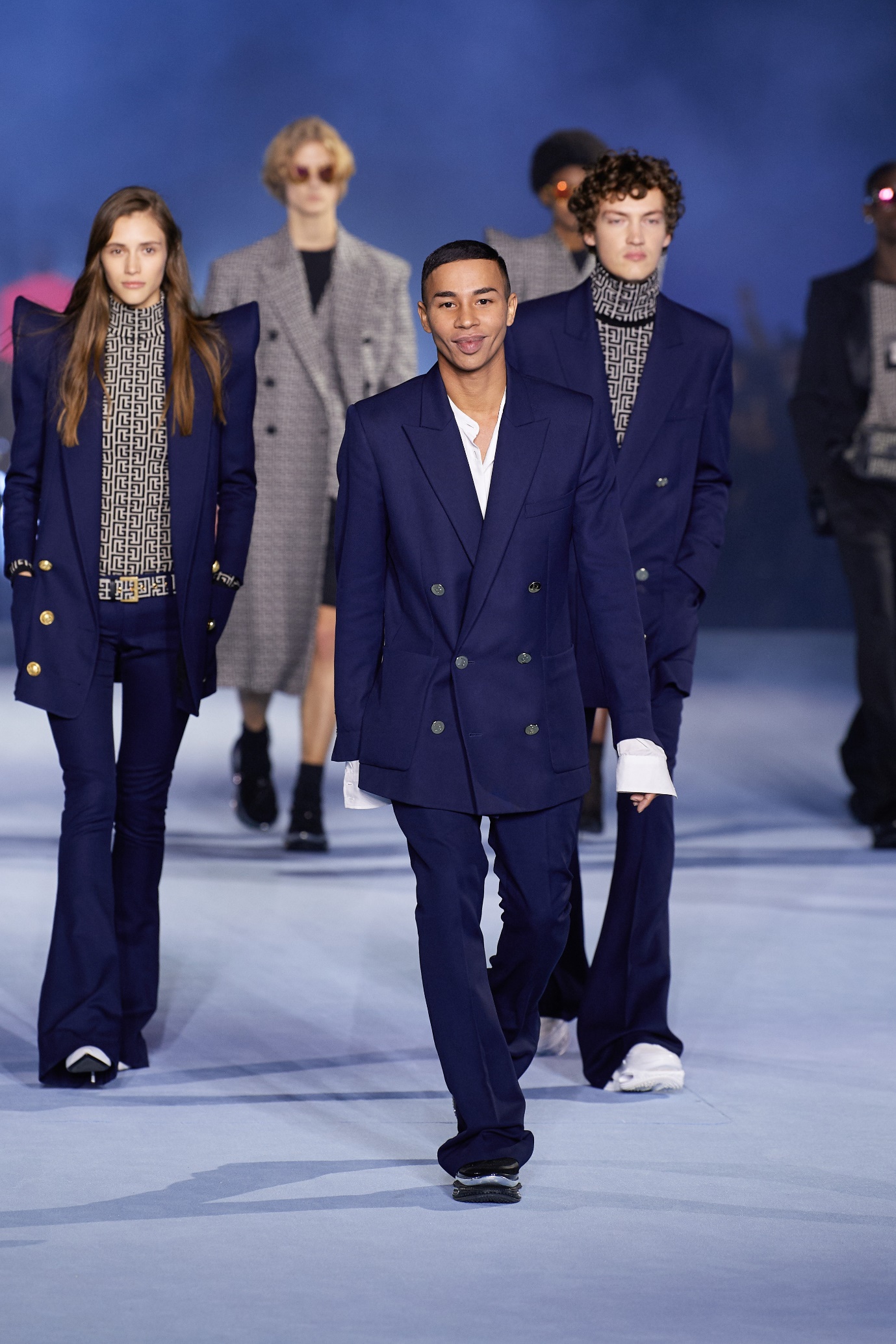