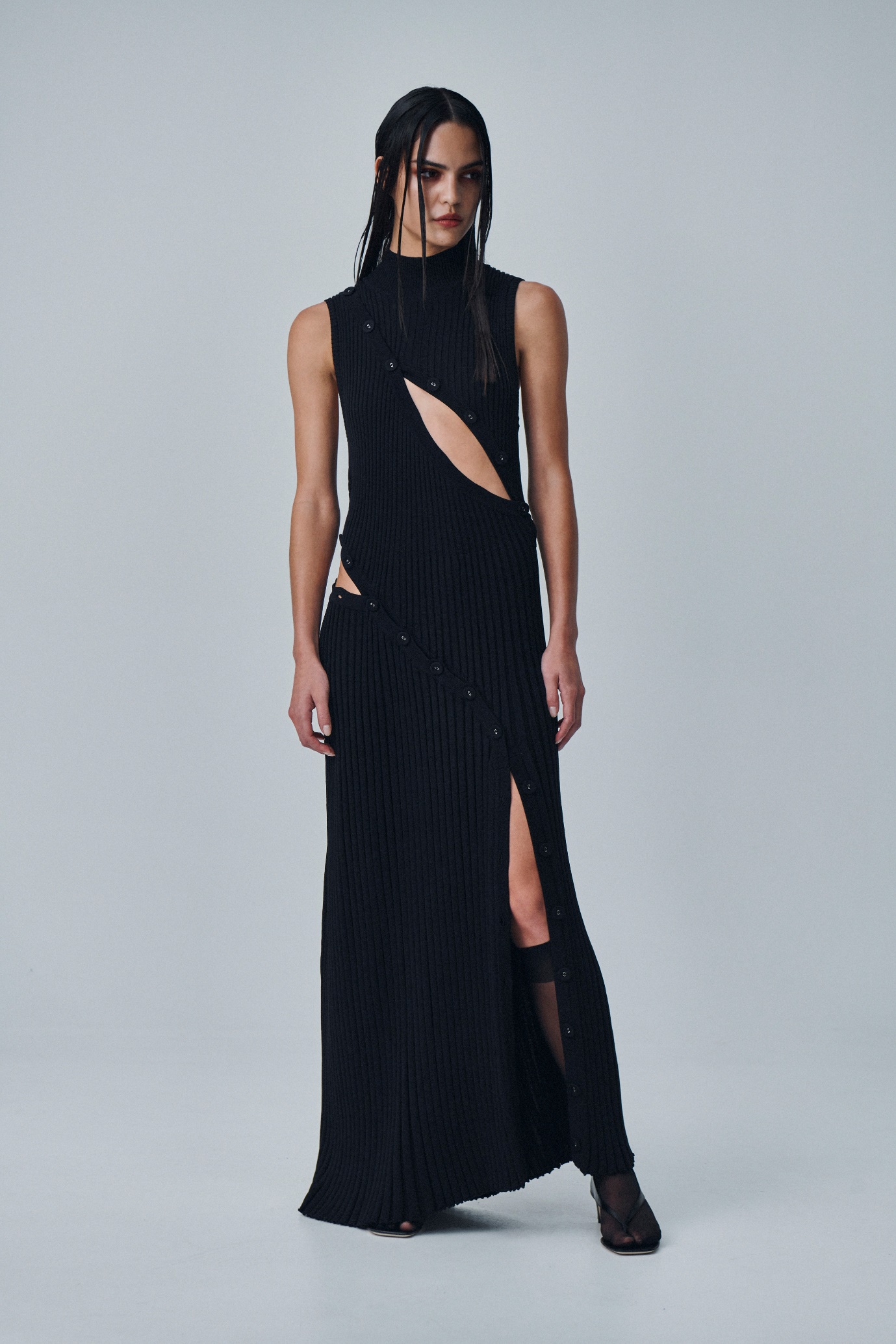 Esber’s base is partial to peek-a-boo details, and here, he worked the crochet idea into midriff embellishments and metal belts. In a relaxed take on dressing up, a fine cotton-wool knit layered over a sheer backless dress lets the wearer decide on how the shoulder straps should be worn, over the shoulders like a tank, or crossed, like a halter. Another comfortable option might be the knit ensemble the designer noted he wouldn’t mind wearing himself: an ample brown V-neck paired with a long, ruched skirt. “It’s all about ease of eveningwear,” he offered. “It’s not over-thought.” That said, having put a lot of thought into sustainability, this new collection features slides made of salmon skin.

Fusing slinky and cozy is no easy task, but with this collection Esber is showing a new maturity. He’s also offering a sneak peek at his first foray into jewelry: there’s a gold-finish and Swarovski crystal gas pipe choker, bracelet trios, an arm cuff to wear over tailoring, and a clever “Divorcé” necklace with asymmetrically placed bars for resting rings that also may be unstrung and worn on their own. The designer describes the aesthetic as “chunky brutalist.” We’ll be watching where he goes with that. 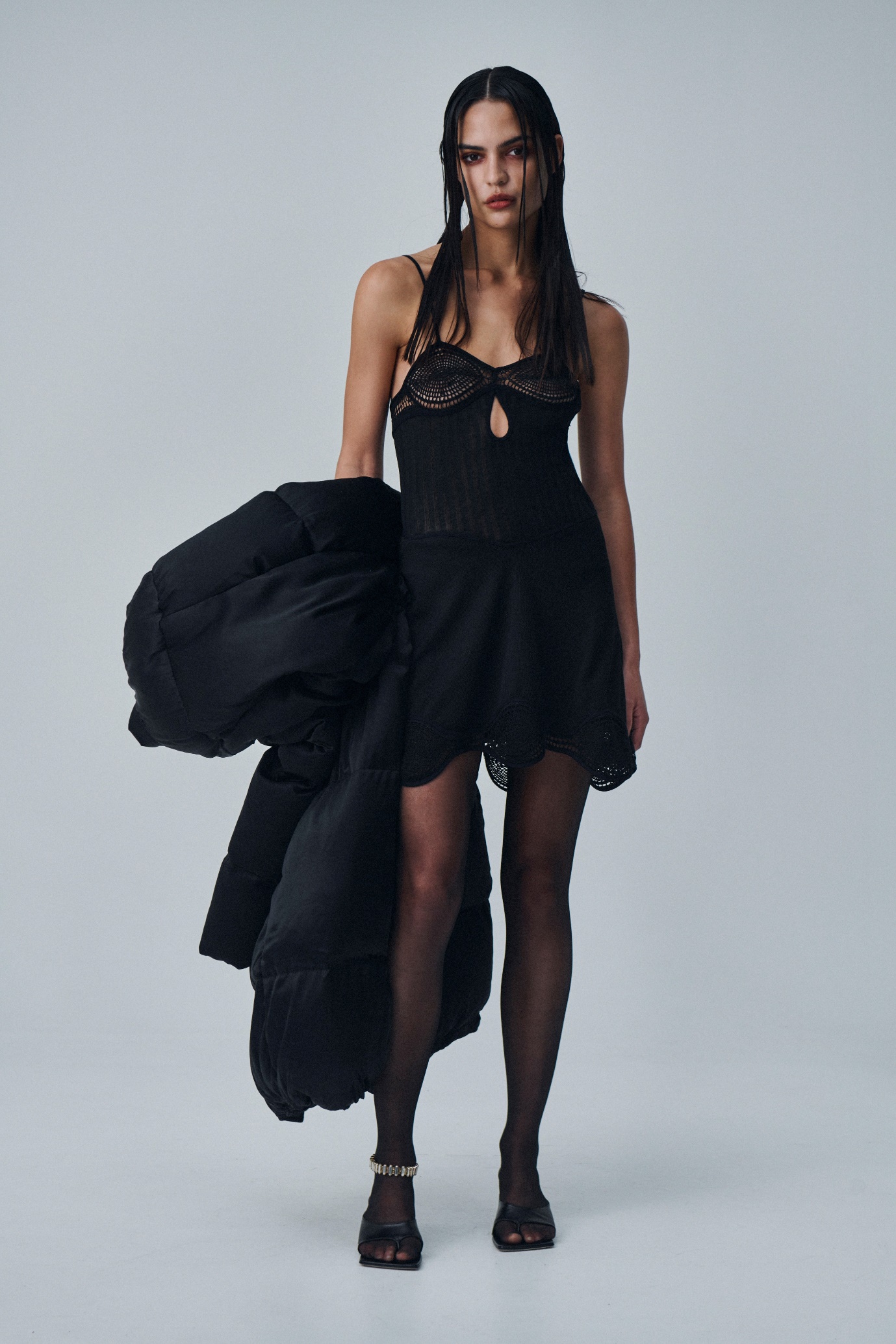 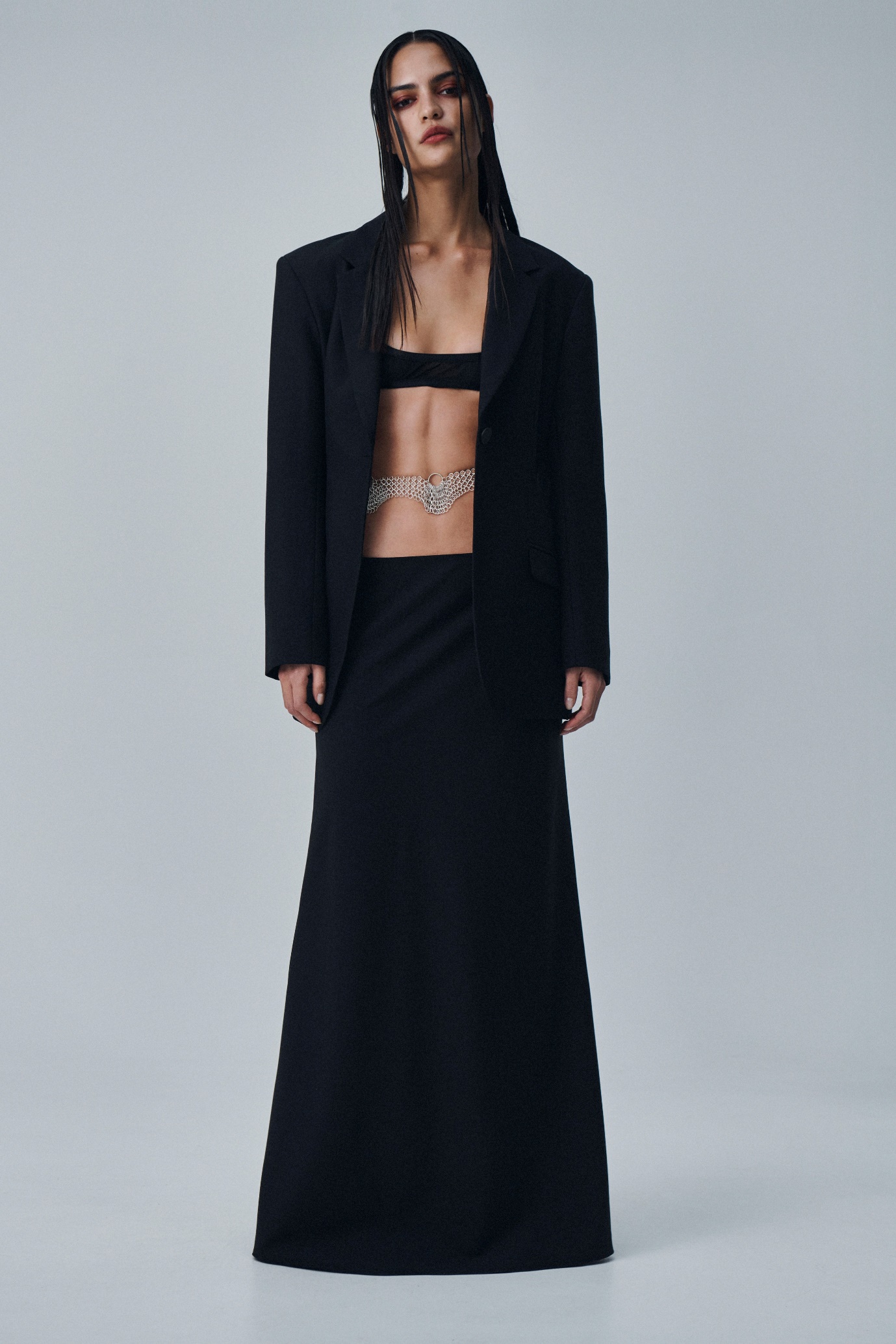 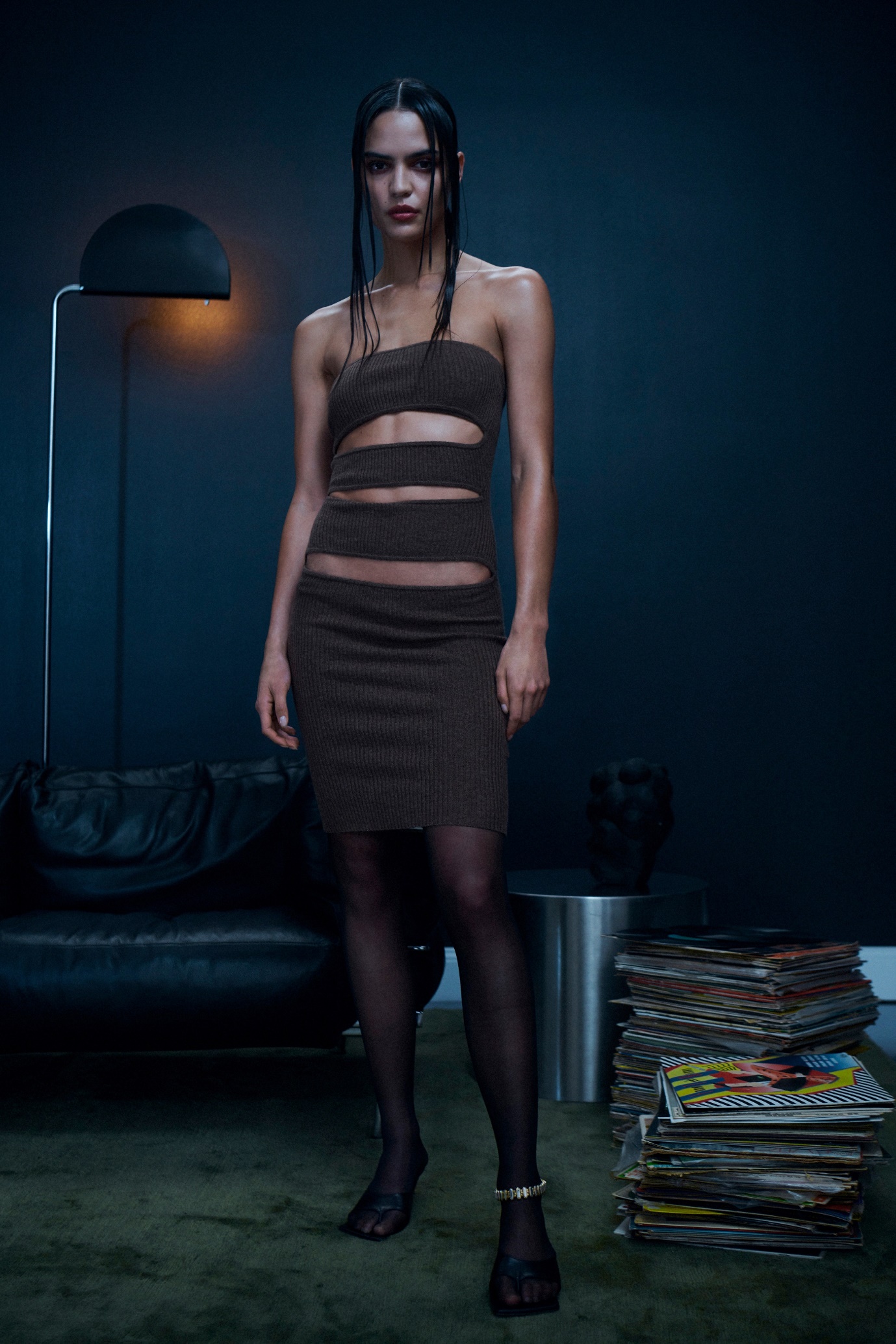 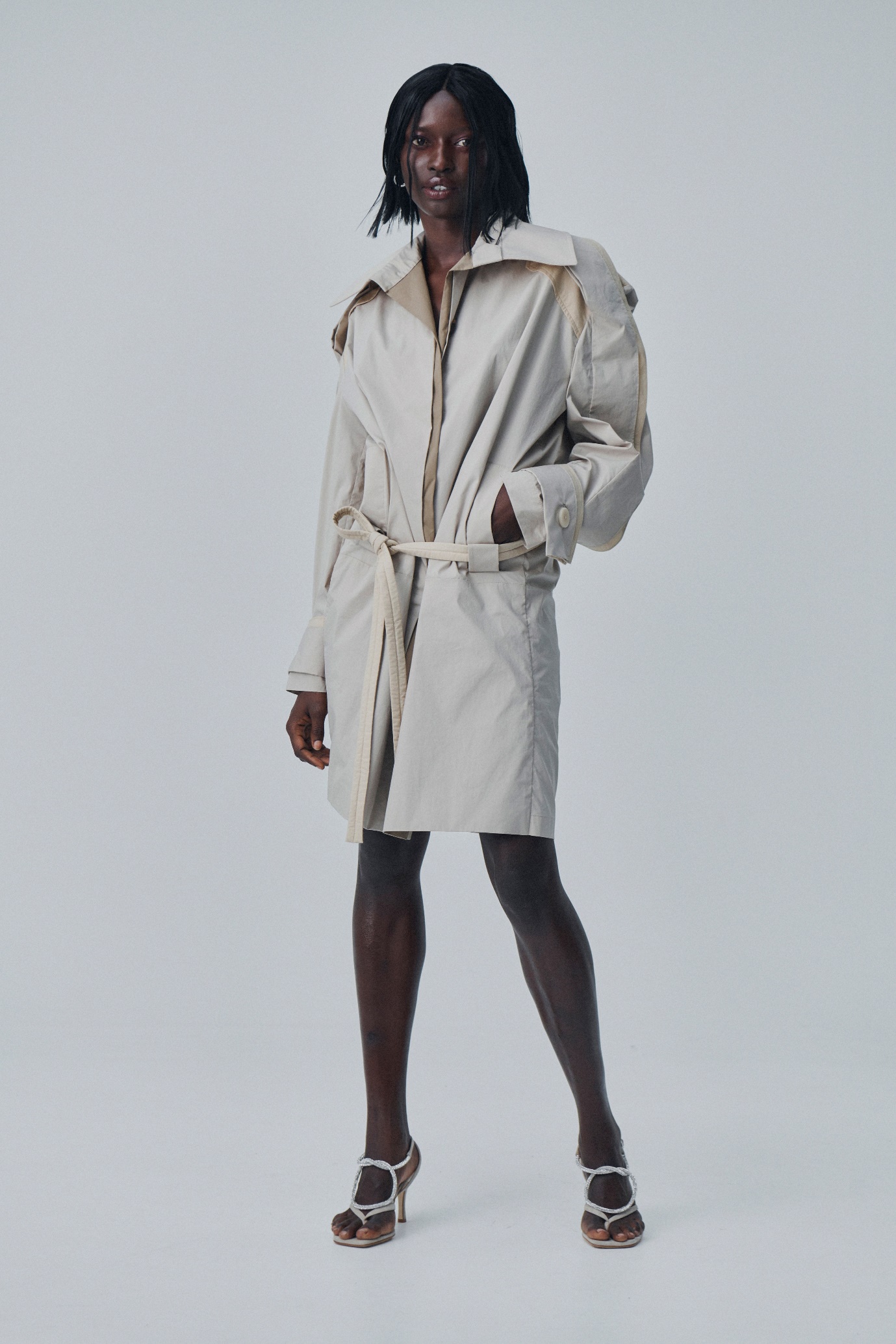 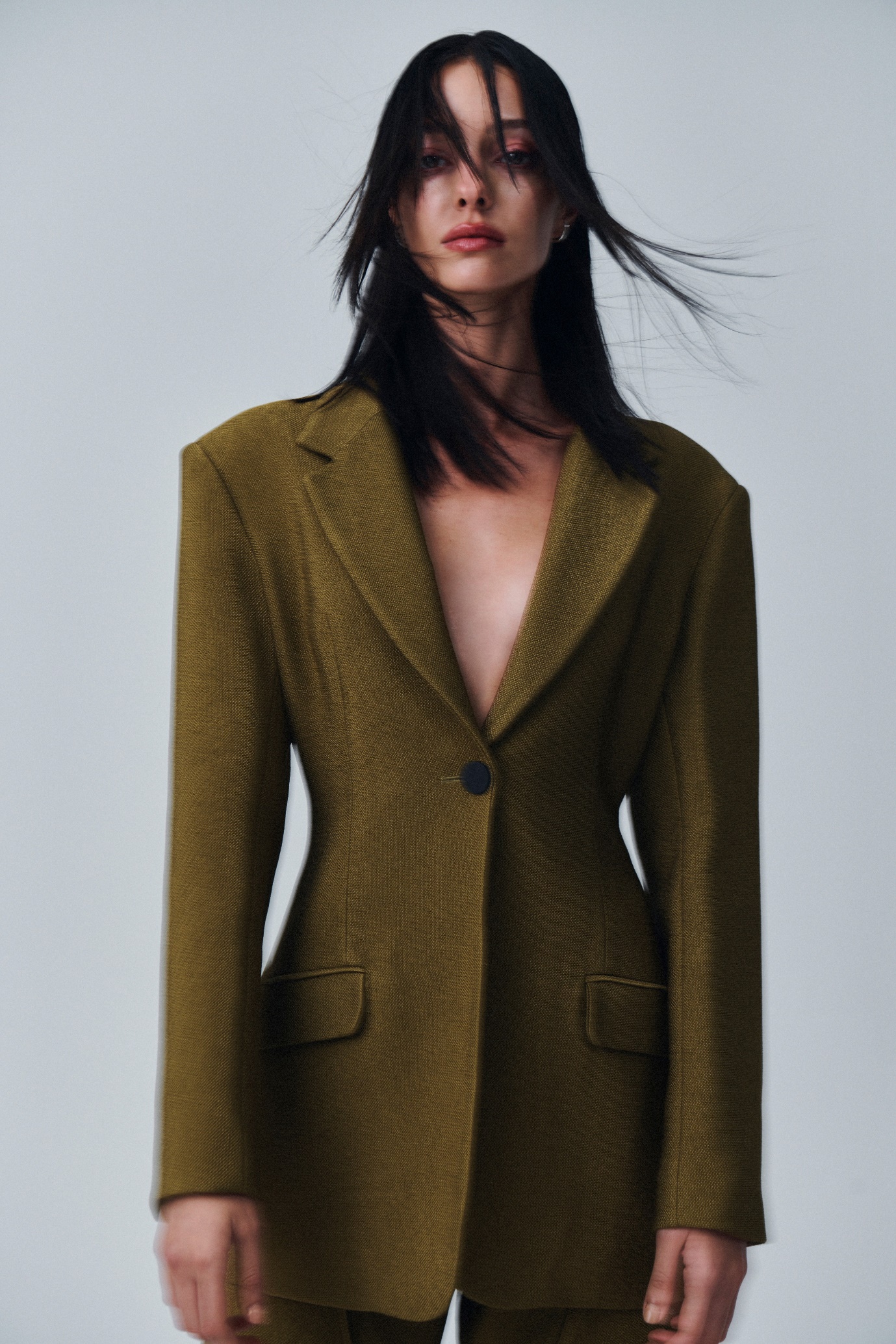 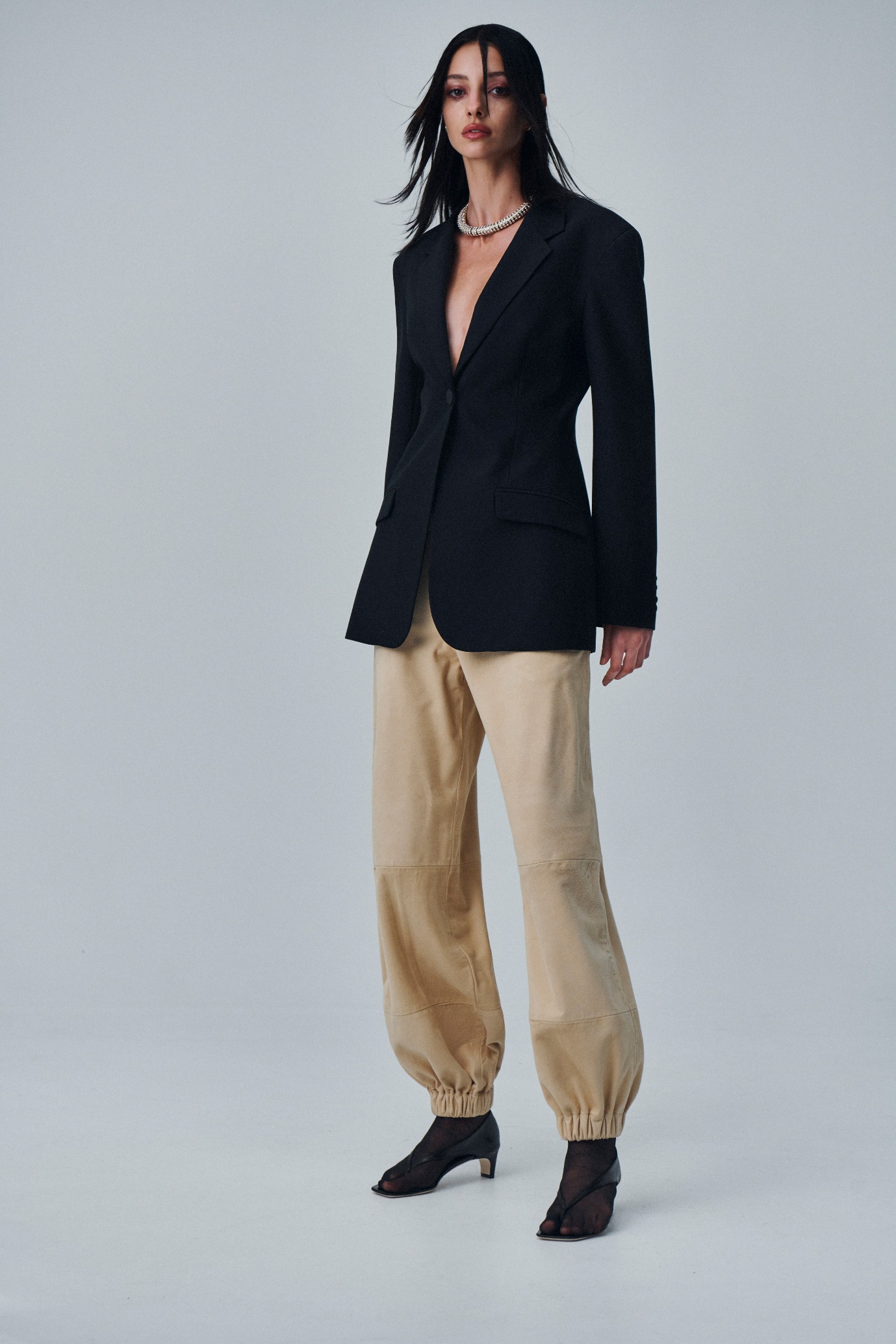 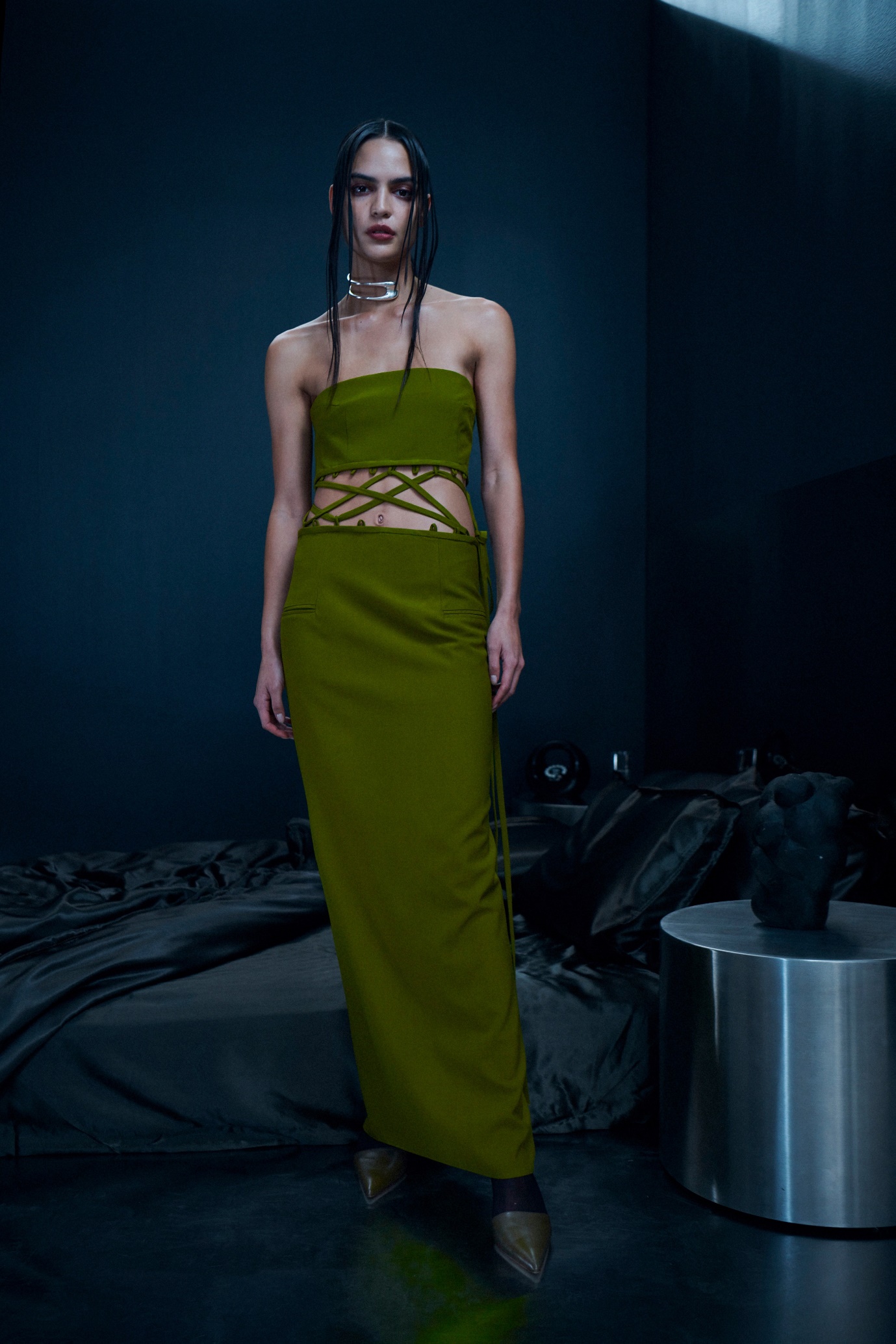 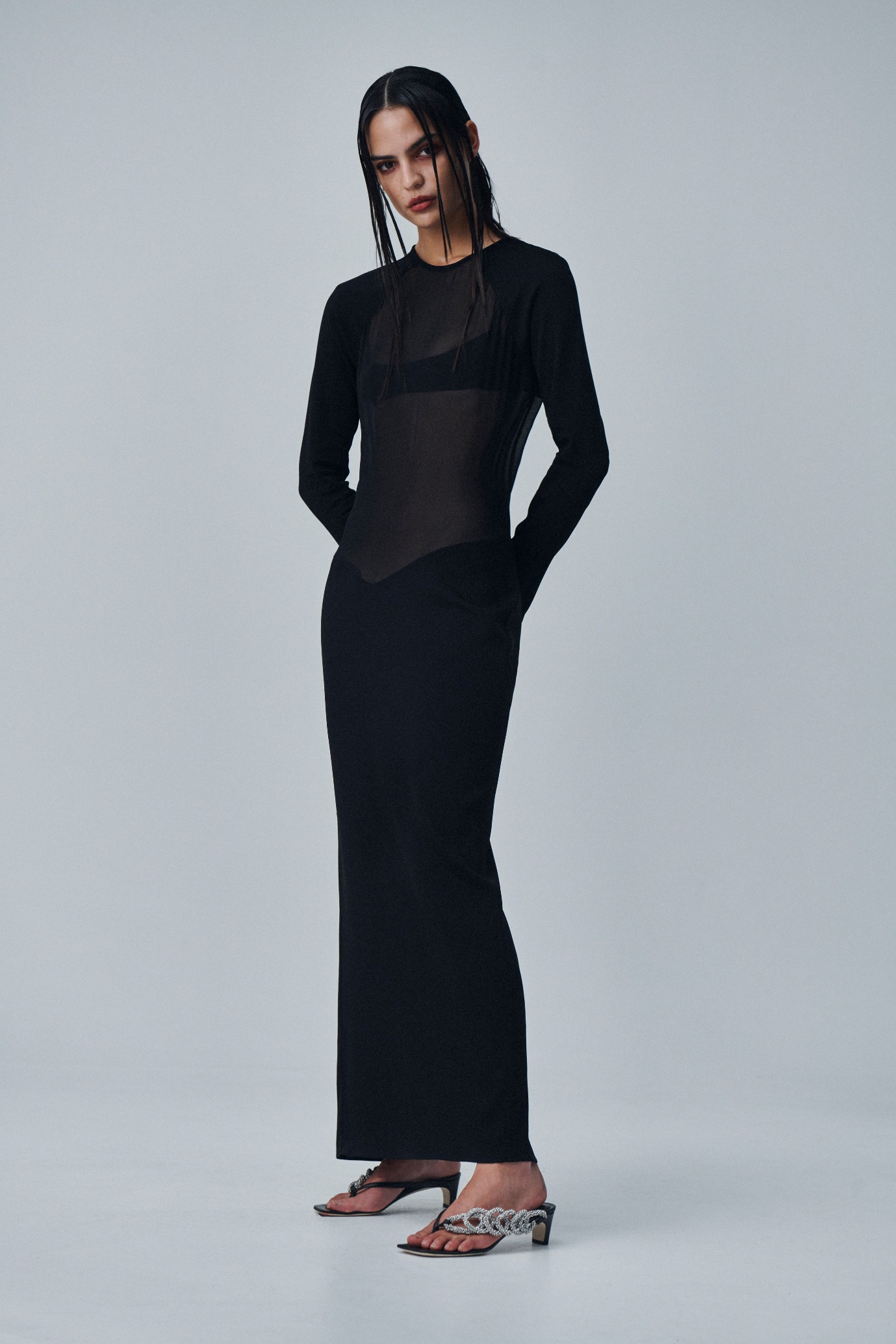 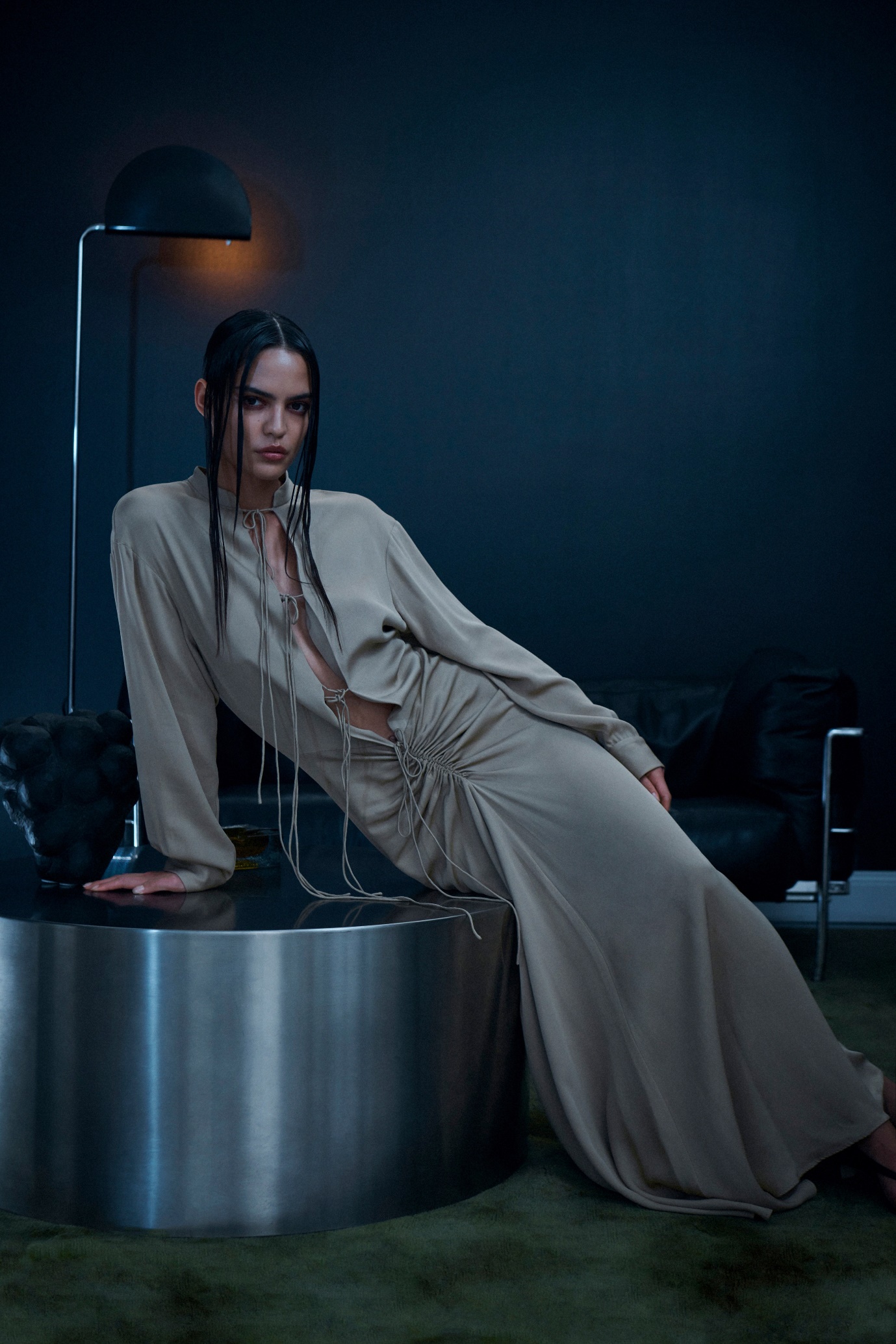 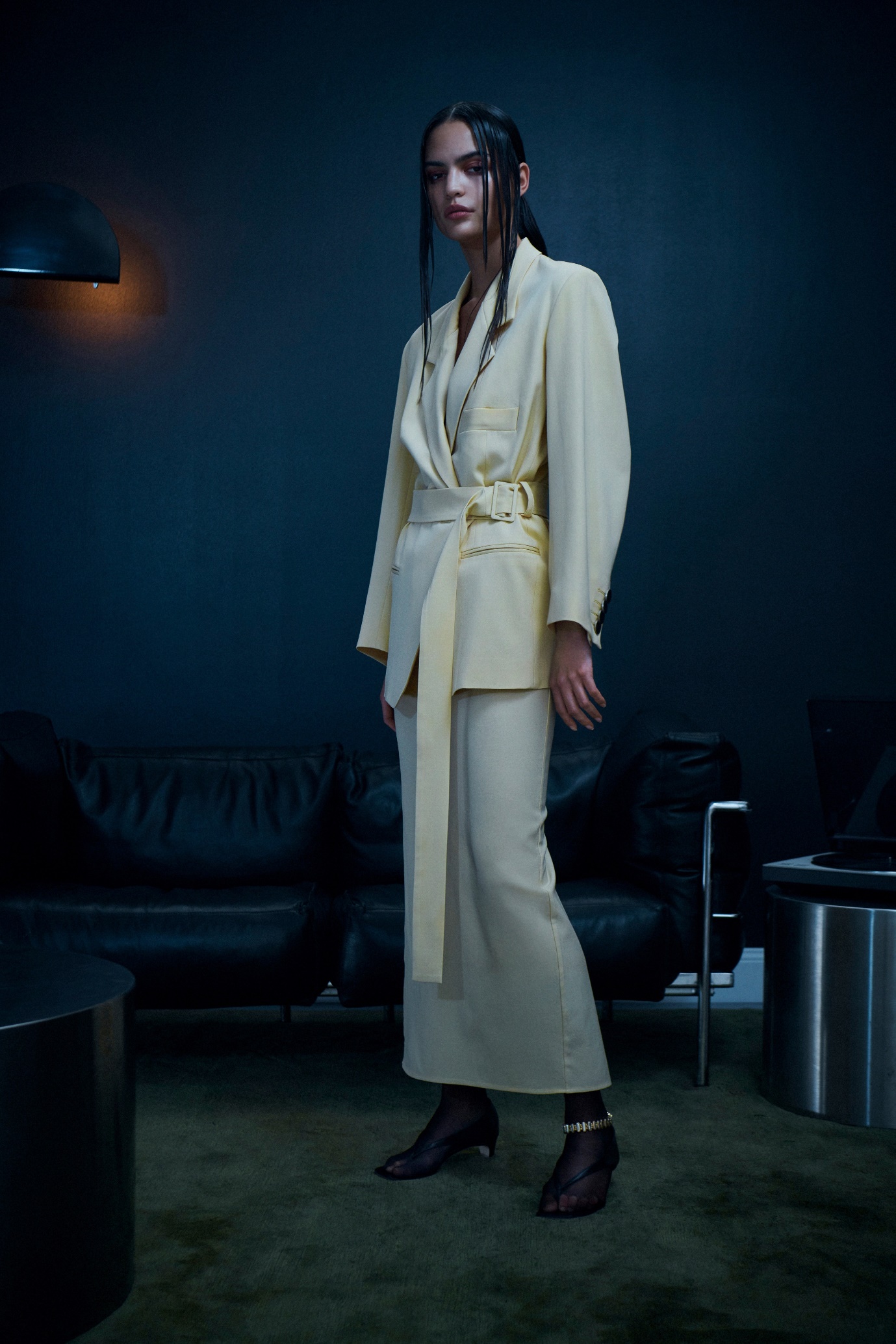 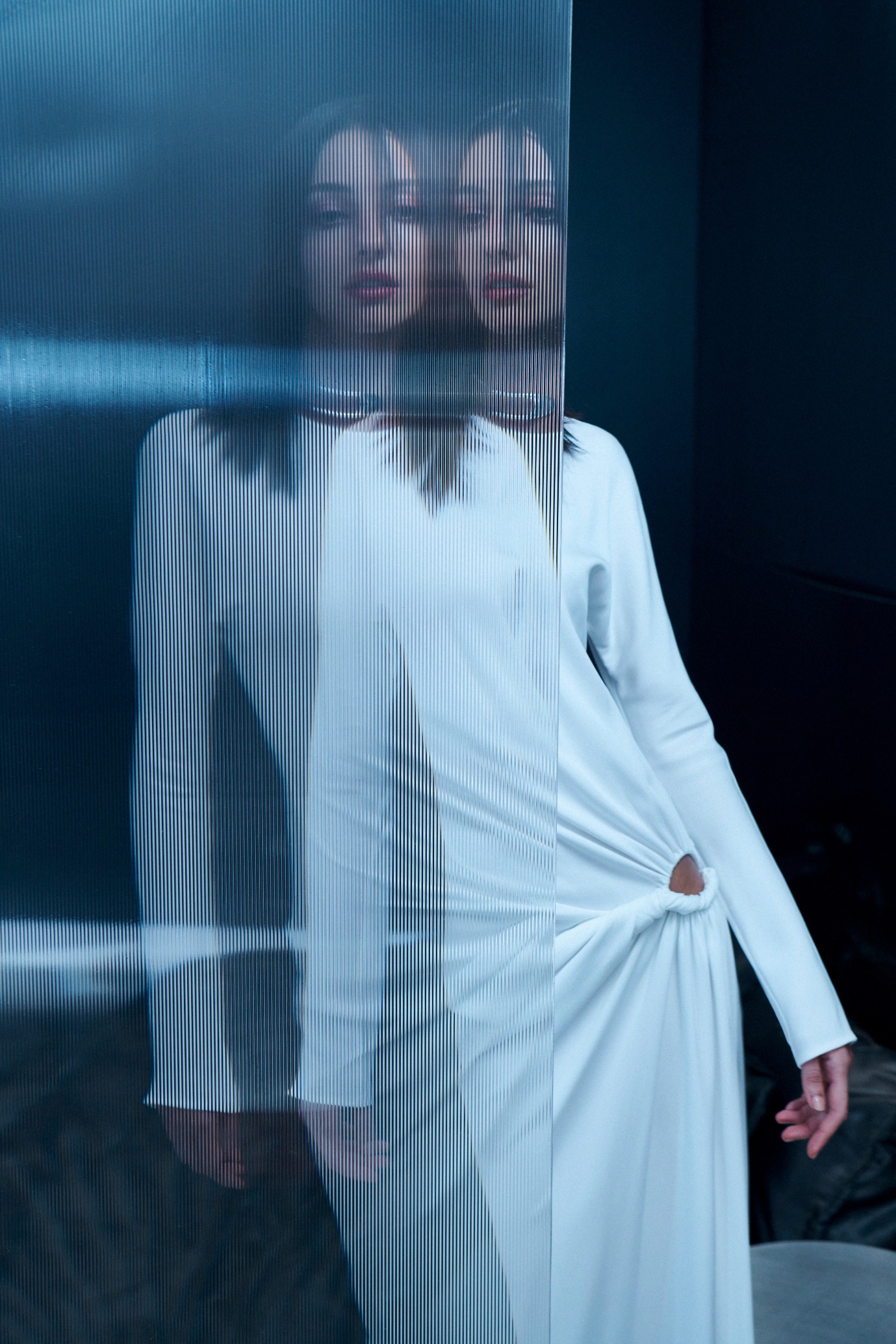 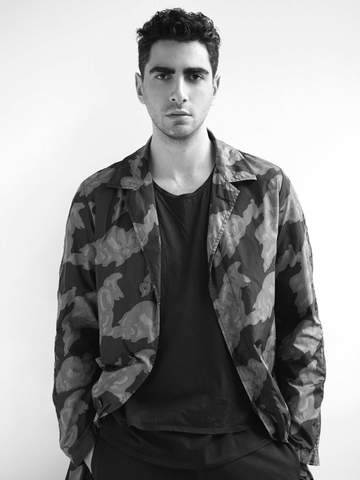 Since founding his label in Sydney, Christopher Esber has built a global reputation for precision tailoring and a purity of expression that he employs to create silhouettes of structured fluidity that whisper rather than shout.

His background in tailoring has allowed the integration of structural menswear techniques across all pieces in his collections. Mixed masculine and feminine codes have been reformed with a sophisticated approach, with elements of contemporary tailoring.

“Looking back at our first collection it still feels relevant and we continue to work with the fundamental elements from that very first collection; tailoring, shirting, embellishment and leather.” said Esber

Each garment has a subtle street sensibility in its tailored relaxed cuts, raw accents, and sports inspired finishes, for a released undone quality to the clothes.

The collections radiate a quiet confidence and strength reflective through innovation in cut and developed woven and embellished textiles, to the story telling of each collection; resulting in a luxurious yet easy to wear approach.

Christopher’s vision of an idiosyncratic perspective on women through elegant minimalism and laid back sensuality often plays with paradox and duality, but each collection further refines his desire of stripping back the concept to the purest core of an idea.

“I design for a woman who loves fashion but she is not willing to surrender herself to it,” says Esber. “Coming from Australia there is a sense of ease and the undone about what I do. Even if something is more conceptual, there is always a feel of release to it.”

Christopher Esber has evolved into a flourishing and renowned award winning brand with accolades including Recipient of Vogue Italia’s Most Talented Designer Award for Australia-Pacific (2015) and in (2014) Esber was a finalist in the International Woolmark Prize. The designer took part in the Dubai Fashion Experience presented by Vogue Italia in 2014 and in the same year won the Emerging Designer category of the Australian Fashion Laureate Award.