A GUIDE TO HOLLYWOOD’S BIGGEST RACES

Hello and welcome to Awards Insider, Vanity Fair’s new destination for awards season coverage, from Emmy campaigns to Oscar parties, and everything in between.
Rebecca Ford and David Canfield have joined the Vanity Fair staff to cover all things awards, from in-depth pieces on the talent behind the year’s biggest contenders to coverage of the for-your-consideration events, red carpets, festivals, and more that make awards season the behemoth it has become.

So for this inaugural weekly newsletter,  Ford and Canfield had a chat about what they’re seeing out there as Los Angeles reopens and what kind of awards season landscape we’re heading into.

David Canfield: We’re now in a strange in-between period, with COVID-19 restrictions having loosened while still firmly in the pandemic haze. I attended one of Disney’s “Drive-in” FYC events, for the series finale of Pose, which brought out contenders Billy Porter and Mj Rodriguez in person (also: apparent Pose superfan Elton John!), and on the less starry, more innovative side, I plan on crashing Amazon’s “silent dance party” for its limited-series player Small Axe on a rooftop in Hollywood this weekend. Let the hobnobbing resume? Rebecca, just as voting kicks into gear, how do you see the logistics of everything playing out behind the scenes right now?

Rebecca Ford: From what I’ve heard, the awards teams are pretty happy with the drive-in FYC model this year. WarnerMedia hosted drive-in events at the Rose Bowl for 10 nights in May for its HBO and HBO Max series, and as soon as that wrapped, Disney had the Rose Bowl booked for another three weeks of screenings. We are starting to see some stunts that require closer contact, like Peacock’s custom Girls5eva karaoke bus this past weekend (which did require masks when you weren’t singing). But I don’t think we’ll be seeing the packed parties with hand-passed apps and photo booths that we saw pre-pandemic any time soon, even though L.A. is officially reopening.

This newsletter is launching on a very important date—today is the first day of Emmy nominations voting, which runs until June 28. So the first part of Emmy campaigning is nearly over, and it’s been an interesting few months. I’m particularly interested in how the new streamers will do when the nominations are announced July 13, from HBO Max, with its strong offerings in The Flight Attendant and Hacks, and NBC’s Peacock, which has gotten some attention for Girls5eva even before its karaoke bus. David, what have you found to be most interesting so far?

Canfield: Streamer madness! In this wild period of Hollywood mergers and acquisitions, nascent platforms are just starting to get into the original programming game: Peacock and HBO Max, as you mentioned, Rebecca, in addition to Apple TV+ and Disney+. And many of these are expected to do…quite well? (Remember when Netflix was just starting out and we wondered whether the Emmys would just ignore it?) Apple has the comedy front-runner in Ted Lasso, while Disney+ could crash both drama and limited in a major way with its debut Marvel offerings, The Falcon and the Winter Soldier and WandaVision. It’s amazing though: Does this make Netflix and Amazon the old guard? They’ve still got contenders too, but suddenly don’t feel as exciting? What do you think, Rebecca?

Ford: How quickly things change, right? But what hasn’t changed is the fact that Netflix is still looking for its first win in any series category. They have a strong chance in drama with The Crown this year, and The Queen’s Gambit is in the running in the limited-series category. Amazon’s Barry Jenkins project The Underground Railroad also seems like a strong contender in that very competitive limited category. And speaking of old guard, HBO, which was for a very long time the Emmy heavyweight, is bringing plenty to the table this year, with drama Lovecraft Country and the limited series I May Destroy You and Mare of Easttown. So, there’s lots of great stuff out there, and I have to say that being required to watch it all for this new gig is not the worst thing! Speaking of this new gig, David, should we talk a little bit about where we’ve come from before we wrap this up?

Canfield: Sure! This beat is not exactly new to me—hopefully my name is familiar to a few readers, as I’m coming from Entertainment Weekly, where I was the movies editor as well as the Awardist podcast host. I profiled a good chunk of the last few years’ Oscar contenders in our coverage, and spent most of the fall of 2019 running around Los Angeles to the season’s many black-tie events. (I’ll confess I only finally bought a tuxedo just before the world shut down!) But I’m excited to now tell the story of awards season with Vanity Fair…24/7. It never really stops anymore, does it? And Rebecca, if I have to talk a little about myself, then you do too! Tell us where you’re coming from.

Ford: I was most recently the senior awards editor at The Hollywood Reporter, where I oversaw the trade’s coverage of Emmy and Oscar season for the past five years. Prior to that, I was a film reporter at THR, covering breaking news, castings, and talent interviews at film festivals from Sundance to Cannes. I’m excited to help V.F. launch this in-depth coverage of awards, building it from the ground up with a great team. I’ve always loved covering awards season—the events, the films, and shows that live in it, and the way the landscape shifts every year. It’s my first week on the job here, so I’m still playing catch up, but David, you’ve already got some great stuff coming out on the new Awards Insider site.

Canfield: Oh, you will catch up—there’s plenty of season left! Take a look below at what we have coming, and we’ll see you on the trail! 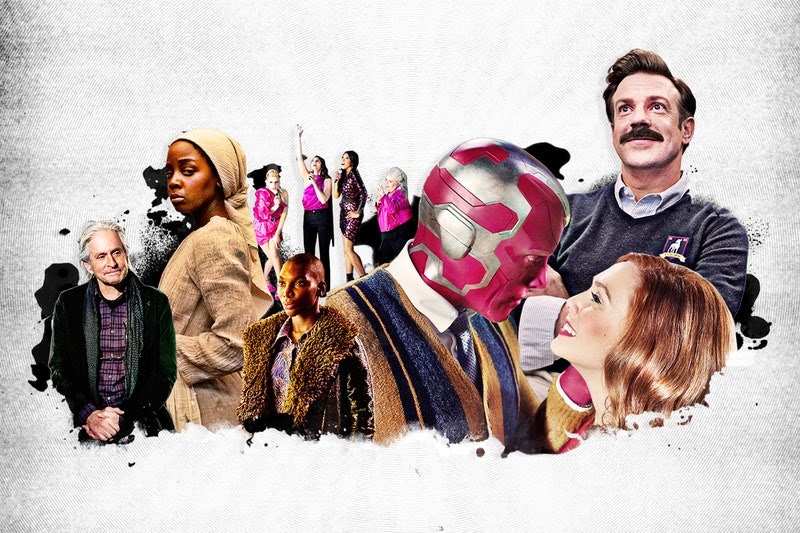 How the Emmys Will Define One of TV’s Strangest, Most Important Years

The rise of Ted Lasso suggests a pandemic-era embrace of escapism—but there are darker, thornier shows to celebrate, and an ever-changing TV landscape to navigate. 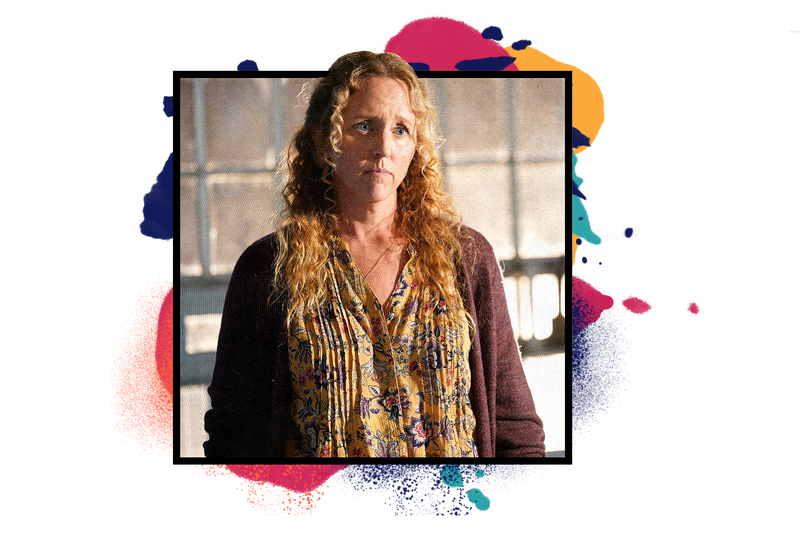 The star of ABC’s Big Sky is financing her own Emmy campaign—using the lessons learned from her P.R. maven mother and 30 years in an industry that may finally be ready to give her her due. 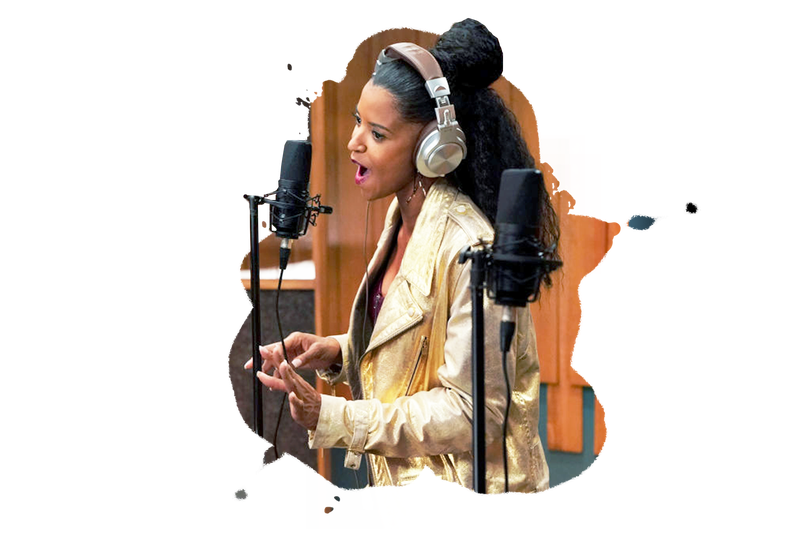 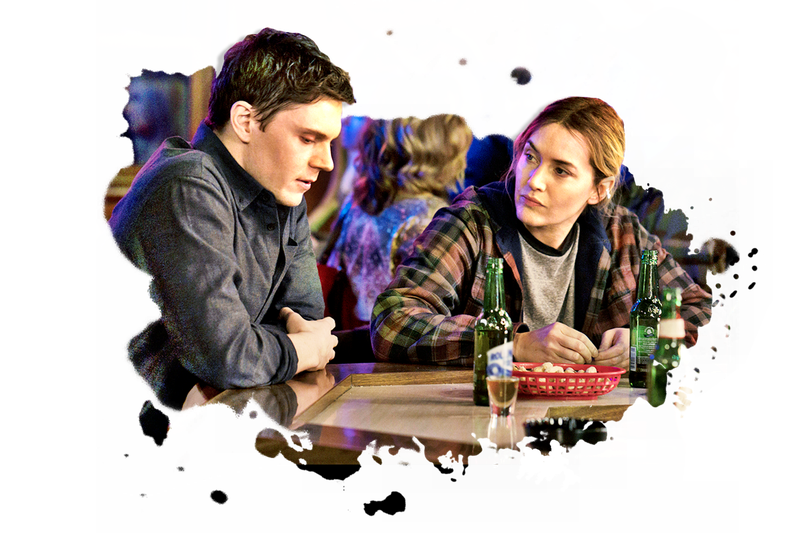 Making a Scene: Mare and Zabel Walk Into a Bar