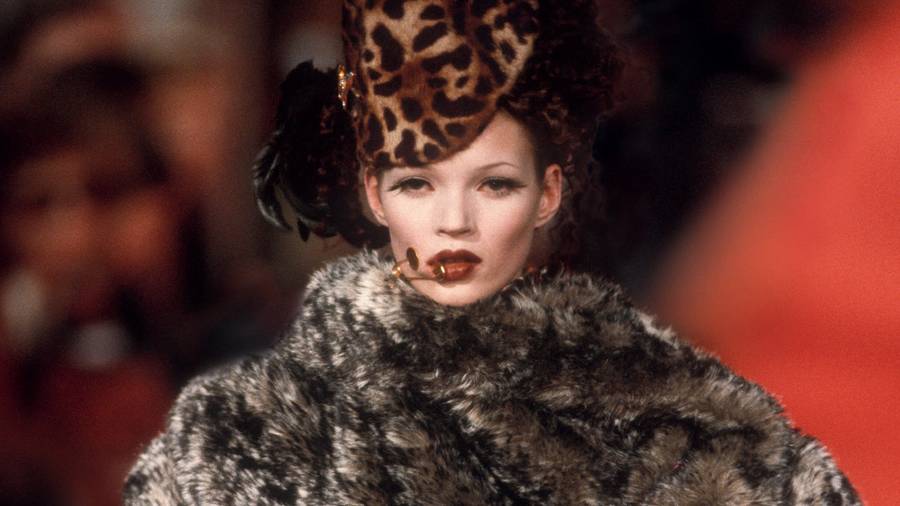 Recognized as one of the instigators of the punk movement, Vivienne Westwood marked the fashion world with her daring creations and her assumed disregard of established conventions. Now 80 years old, the designer is still on the front of the stage. In duo with her husband, designer Andreas Kronthaler, they reinvent the heritage of the house by infusing it with a more contemporary spirit. The history of this exceptional woman and of this exceptional house, which has become cult the world over, is today retraced in a book published by Thames & Hudson, bringing together all of Vivienne Westwood’s collections since her first show in 1981. 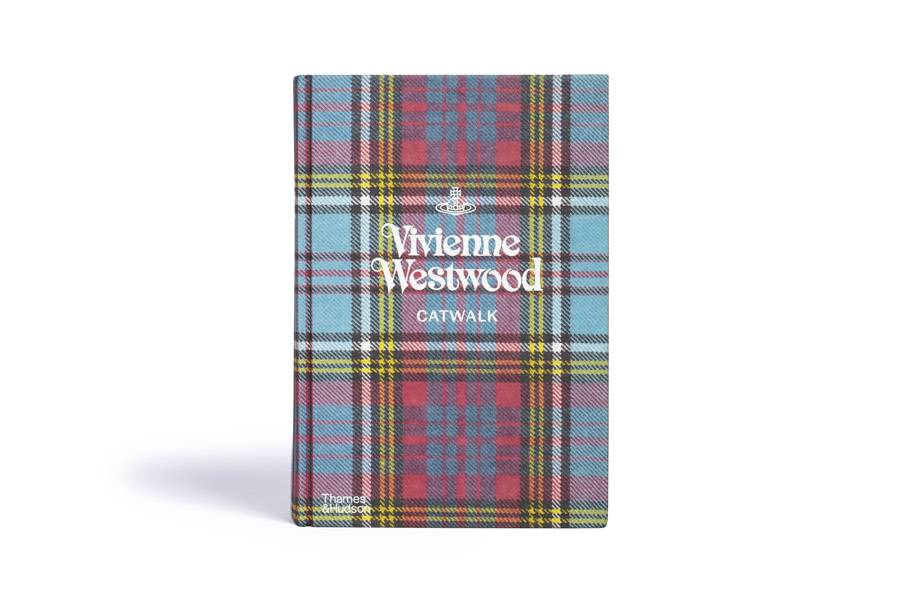 “The only reason I’m in fashion is to destroy the word ‘conformity’.” This is what designer Vivienne Westwood, who has spent her life breaking fashion dictates, once said. imposing his own vision, between punk style, provocation, art, and the history of his country of origin, England. His unconventional and avant-garde creations very quickly made him enter the history of fashion, as well than her personality, strong and exuberant. She never hesitates to get involved in causes that challenge her, from political fights to ecology. Today, the seamstress is still an authority in her field, with more collections. relevant than ever, which she imagines with her husband, Andreas Kronthaler,since their meeting in 1988. On the occasion of her eightieth birthday, Vivienne Westwood is publishing a book retracing all of her collections since her beginnings in 1981. “Vivienne Westwood Défilés” is thus the first anthology of fifty years of the house , bringing together 1,300 looks from more than 70 catwalks (his solo collections and his collections created with Andreas Kronthaler). The book also features commentaries by fashion critic, author and journalist Alexander Fury, as well as self-written biographies of the two designers. With a cover coated in the iconic Westwood MacAndreas tartan pattern – first appearing in the Fall / Winter 1993 “Anglomania” collection – the book traces Vivienne Westwood’s legacy, from its very first collection called “Pirates” in 1981 to its most recent collections. An impressive legacy for a designer who was absolutely not destined for such a career. 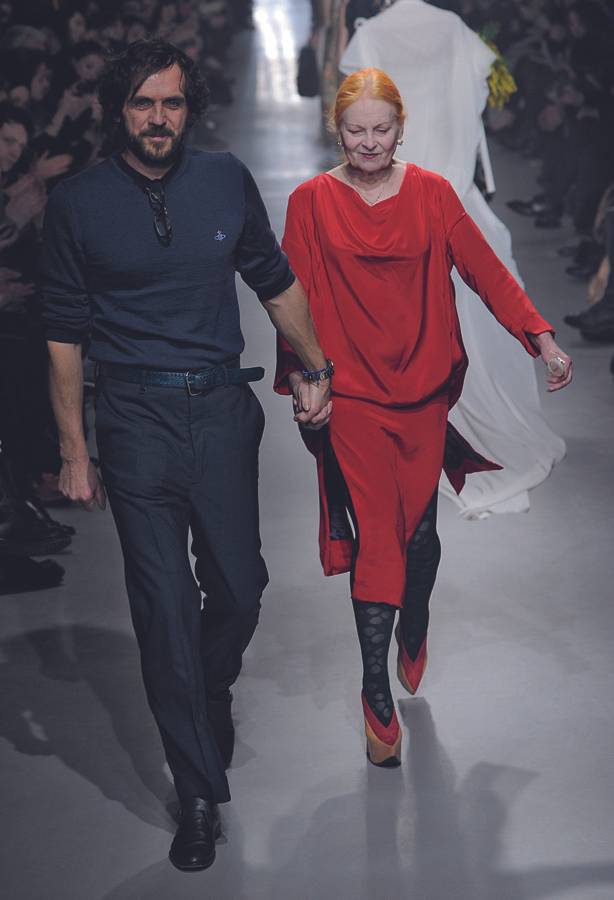 Vivienne Westwood, whose real name is Vivienne Isabel Swire, was born on April 8, 1941 in a small village in the county of Cheshire, England. The daughter of a shoemaker father and a mother working in a local cotton factory, she grew up in a modest environment but dreams of a very different future: being at the heart of the bustling London life and working instead in a field. creative. At seventeen, she then left to study fashion at the Harrow School of Art in London. However, fate led her to the profession of teacher, and a first husband, Derek Westwood, whom she married in 1962, before the birth of their child, the same year. This peaceful mother’s life was turned upside down in 1965, when the young woman of twenty-four met Malcolm McLaren, a student in visual arts and future leader of the legendary punk music group of the Sex Pistols. A meeting that will change her life forever, since she decides very quickly to divorce to follow this young man full of ambition in his creative projects. The new couple then put down their suitcases at 430 King’s Road in London, in a dark shop they called “Let It Rock”, and in which they sold accessories and vintage clothes from the 50s. Vivienne Westwood also sold her first creations there. , like t-shirts with an anti-system message but also sexy creations of fetish and sadomasochistic inspiration. The Vivienne Westwood style was born at the same time as the punk movement. Renamed “Sex” in 1974, the store was a great success. Vivienne Westwood begins to forge a reputation, and even dresses some rock groups like the New York Dolls and the Sex Pistols. 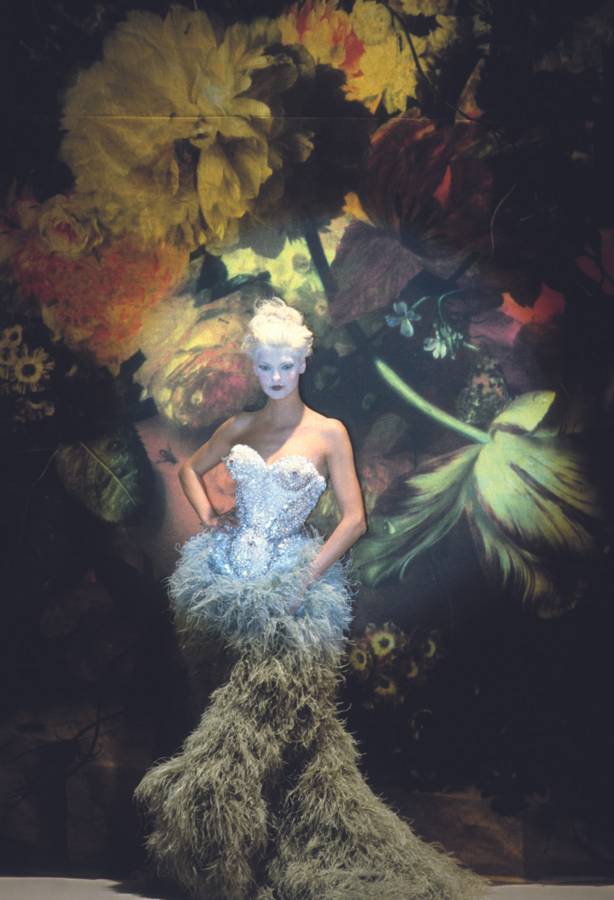 It was at the beginning of the 80s, after her separation from Malcolm McLaren and the end of their boutique that Vivienne Westwood really launched herself as a fashion designer. In 1981, she presented her very first parade entitled “Pirates”, where she revealed buccaneers and sailors dressed in unisex outfits. For spring-summer 1982, his “Savage” collection was inspired by Amerindian traditions and the hats of the Foreign Legion. The following year, she was inspired by the film Blade Runnerfor the “Punkature” collection. Then, she dedicated her fall-winter 1984-1985 collection entirely to director Clint Eastwood. Finally, it pays tribute to the punk movement with its spring-summer 1985 collection, called “Mini-Crini”, which will make an impression with its tweed crinoline. In 1988, Vivienne Westwood’s life took a new turn when she met Andreas Kronthaler, a 22-year-old student at the Vienna School of Applied Arts, with whom she married in 1993. Very quickly, the young man began to working alongside her, and the couple unveiled their first joint collection for the spring-summer 1991 season. Named “Cut and Slash”, this line features Renaissance-inspired dresses. During this same period, Vivienne Westwood continues to engage and provoke, as when she poses on the cover of the Tatler newspaper in 1989, imitating Margaret Thatcher in a polka-dot suit that the Prime Minister at the time had ordered from her but had not yet received (order that she will finally cancel, after the snub inflicted on her the designer making fun of her on the front page of the Tatler ) 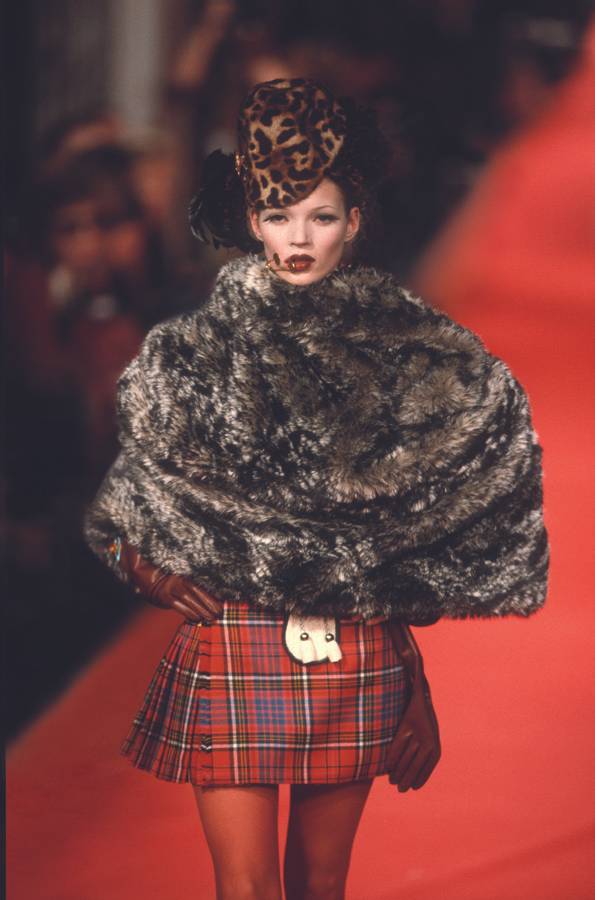 During the 90s, Vivienne Westwood put aside her love for punk and fetishism to focus on one of her other passions: history. For these collections, she was inspired by the strict lines of tailoring displayed by the English and French costumes of the 19th century to create imposing dresses, while the trend of the time was more towards chic and minimalism. On the occasion of her fall-winter 1990 collection, she made a true declaration of love for the Rococo movement and 18th century oil painting, with corsets printed with a canvas by French painter François Boucher.. Vivienne Westwood will once again be inspired by England with her fall-winter 1993 collection, called “Anglomania”, comprising a multitude of knitted dresses and tartan-patterned skirts, this famous motif that will become emblematic of the house. At the end of the 90s, Vivienne Westwood once again went against the grain of her time by taking an interest in natural materials and banning fur from her collections. Finally, throughout the 2000s, the designer will once again be able to question herself, returning to more asexual pieces, with suits, natural fabrics and blurring games. In 2016, to salute the contribution of her husband and right-hand man Andreas Kronthaler to the creations of the house, she now offers him the signature “Andreas Kronthaler for Vivienne Westwood”. 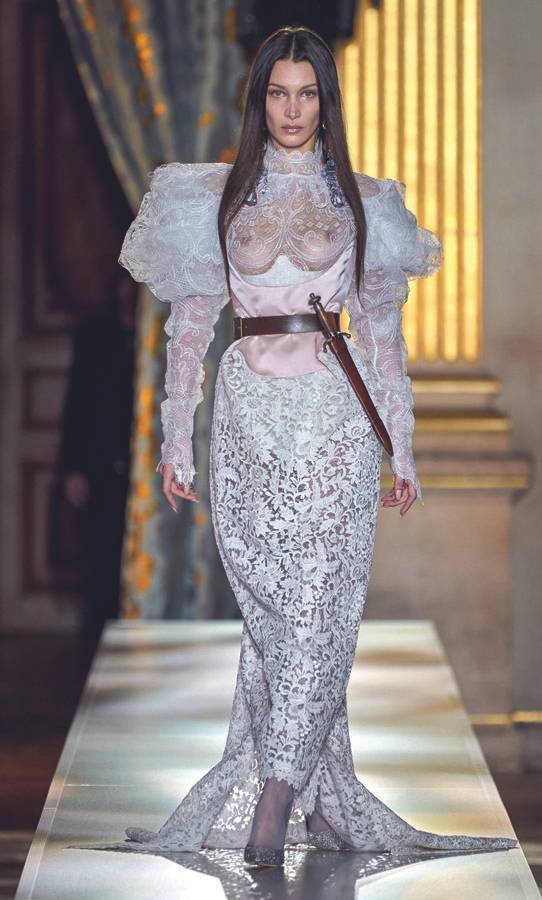 Since then, the couple has continued to renew the brand’s heritage, while infusing it with a more contemporary spirit with multiple couture experiments, such as unstructured pieces, deconstructed silhouettes and surrealist patterns. It also tends towards more and more responsible and committed fashion , not hesitating to cultivate its impertinence, with a collection playing a nod to the British royal family, or even a collection of T-shirts with the slogan “I am not a terrorist ”. Proof that the Vivienne Westwood spirit resists all fashions, making the designer a legend forever.