Here in the U.S. Thanksgiving is my favorite holiday. It’s all about family and food. So to celebrate my Irish “family” at Pynck.com, I asked my co-workers to share their traditional favorite Irish dishes. I thought it would be nice to include them, (in culinary spirit), at my Thanksgiving table by recreating the home style cooking of Ireland. I’ve linked the recipes for you so you can give these delicacies a try. 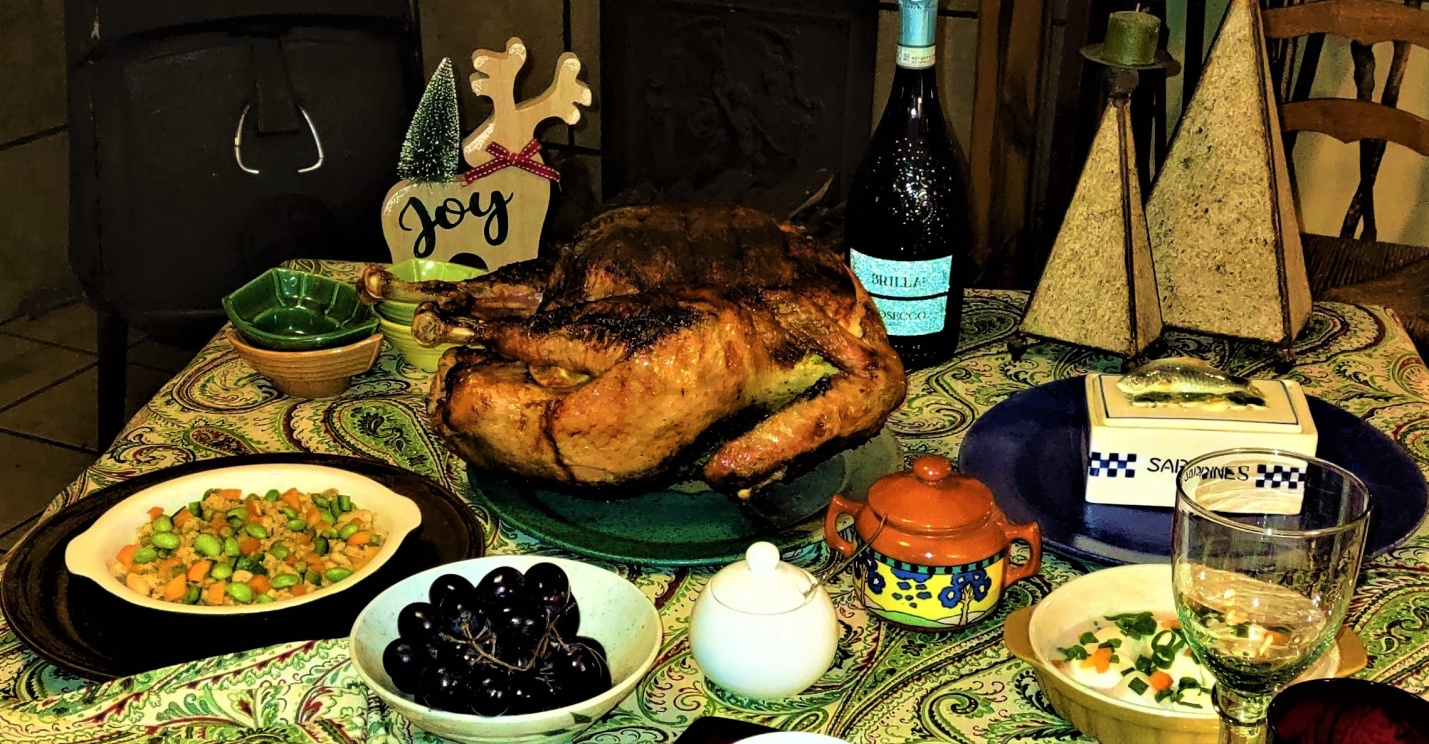 Welcome! From my home to yours. 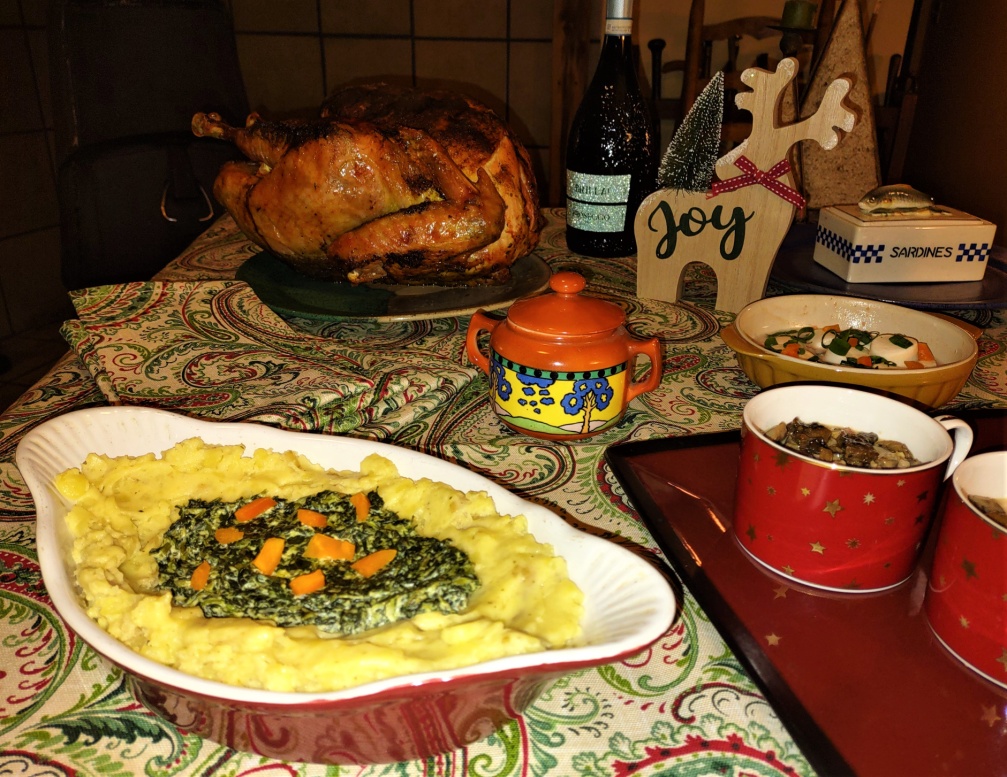 One Irish favorite mentioned by a few of my Pynck mates was colcannon. This is a simple, beloved traditional dish of mashed potatoes with either cabbage or kale added. I’ve tricked it out New York style by substituting the cabbage with creamed spinach. The creamed spinach mixed into the buttery potatoes takes this dish to a new level of comfort food. Trust me. This is heavenly. Also, I’ve added a garnish so we have green spinach, white potatoes and orange peppers, which makes this dish the colors of the flag of Ireland! 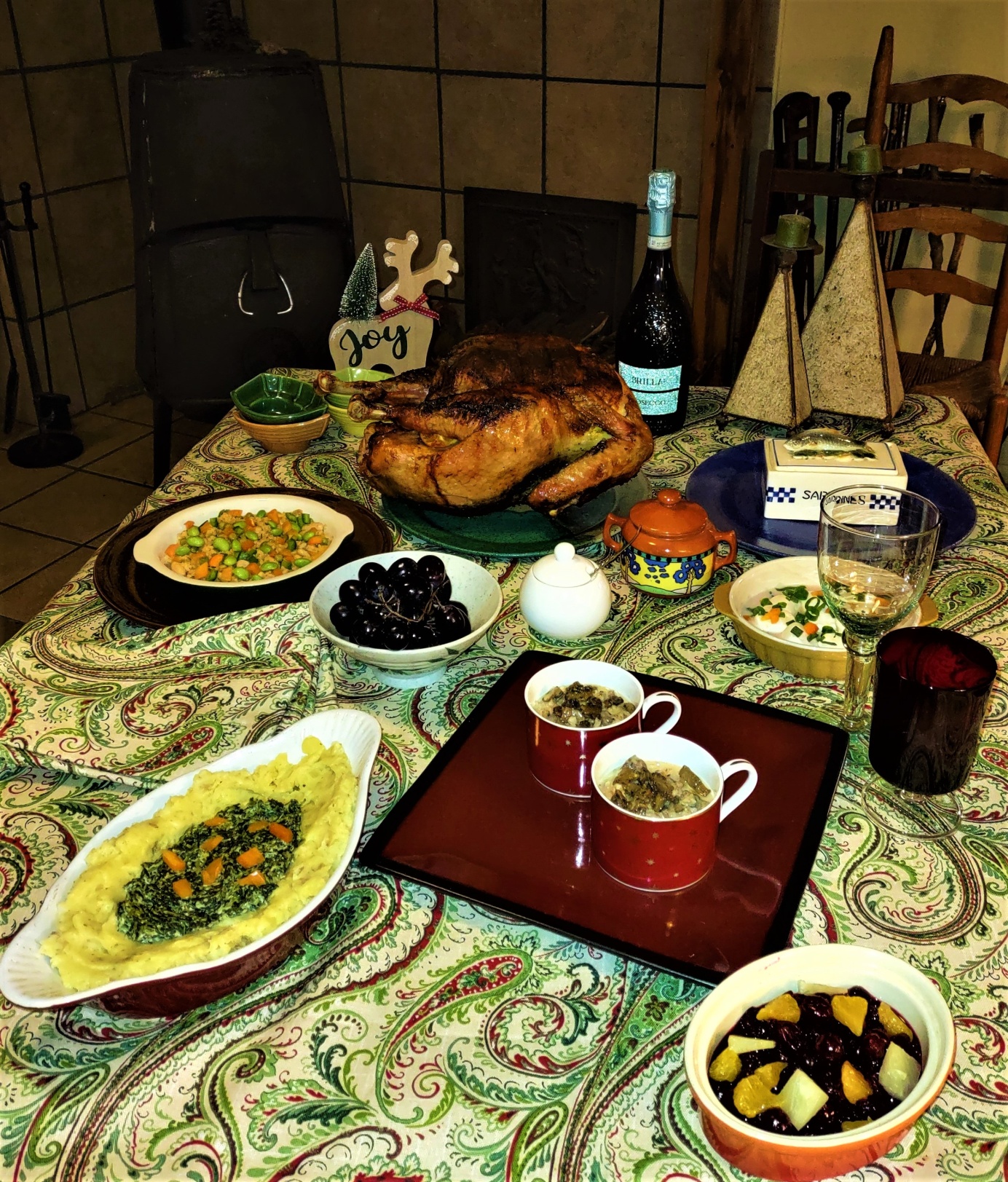 The Thanksgiving table. From front left clockwise: Colcannon New York style, black grapes, (about as close to Irish black pudding, or Drisheen as I’ll get), D’s vegan rice side dish, the master of the Thanksgiving table, the turkey, Prosecco Italian sparkling white wine, scallops in Dublin Lawyer sauce, barley mushroom soup, cranberry sauce with pineapple and oranges. Did you notice the Blackthorn Shillelagh in our craftsman umbrella stand behind the chair? 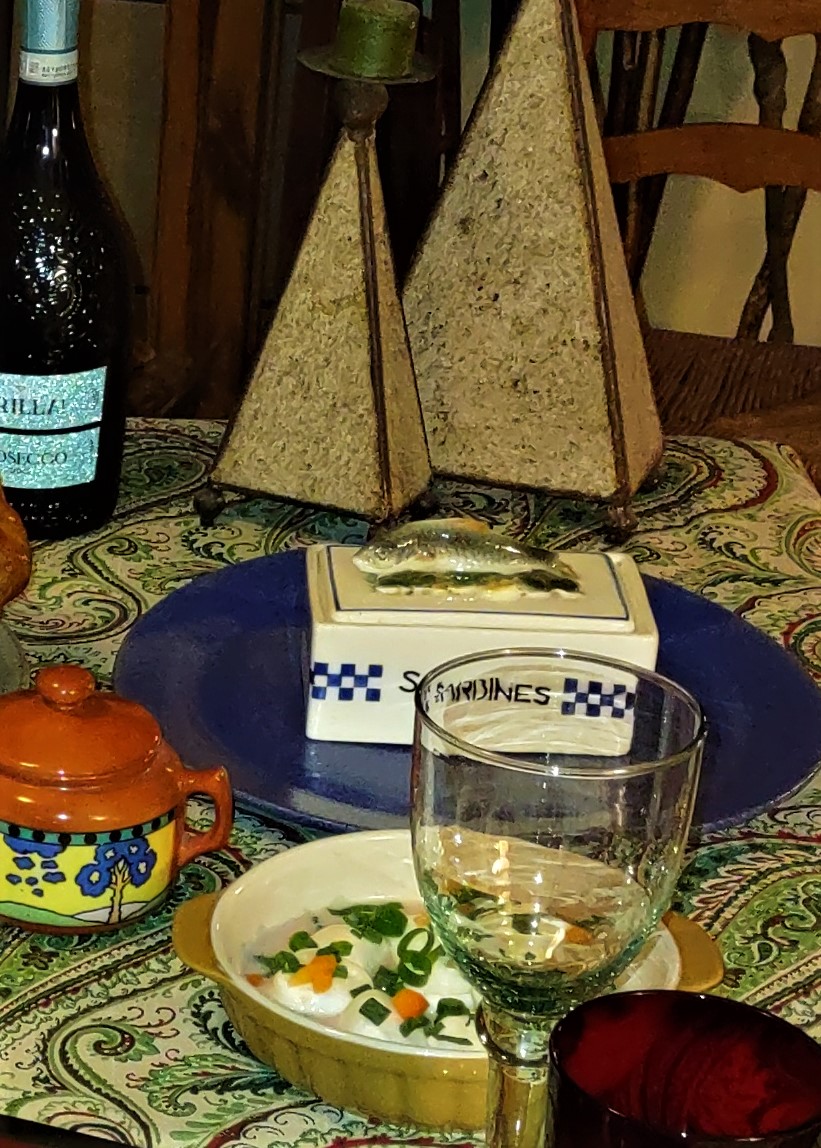 Dublin Lawyer is traditionally made with lobster, but I substituted scallops. The decadent, creamy white sauce is created with Irish Whiskey so it’s “as rich as a Dublin lawyer.” Hence the name. Don’t you just love that? Green scallions, white scallops and sauce, orange peppers; following the color trend here? 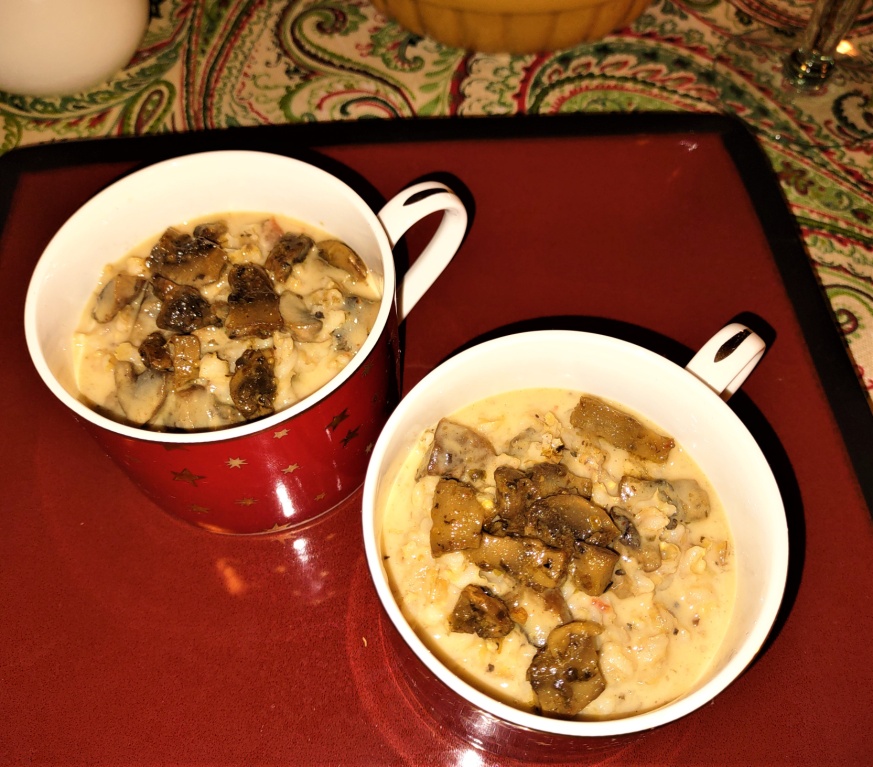 Cream of mushroom and barley soup is a cup of feel good nostalgia food. It’s almost as rich as Dublin Lawyer. 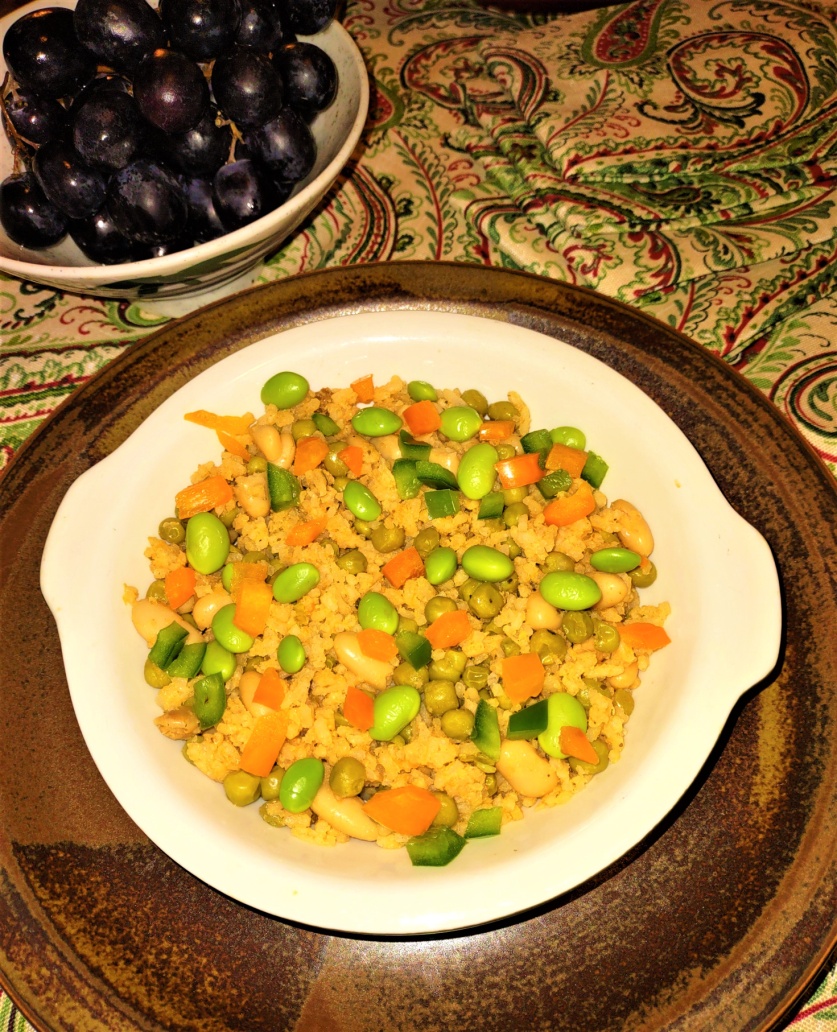 Yummy vegan recipe given to me by a mate at Pynck, this combination of jasmine rice, peas and cannellini beans is a bowl of super charged protein and tastes delish! I added a touch of Indian Tikka Masala sauce to give it a little extra kick and as a nod to our co-worker from Scotland, as Tikka Masala sauce was invented in Glasgow by a Pakistani chef. (Isn’t food history amazing?) 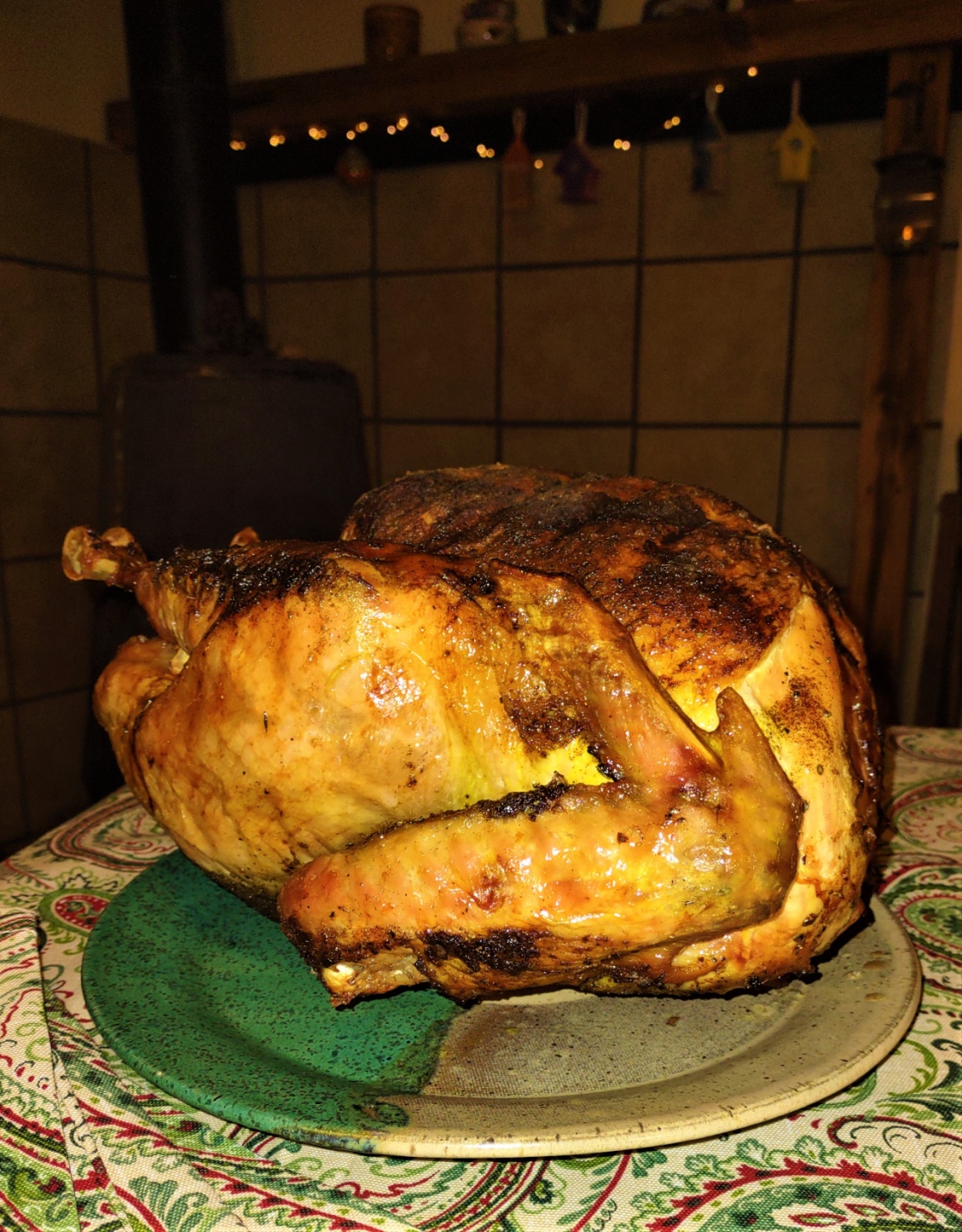 16 pound turkey in all his glory. Basted with olive oil, rubbed all over with an orange and liberally sprinkled with 10 different spices, the oven roasted turkey reigns supreme. 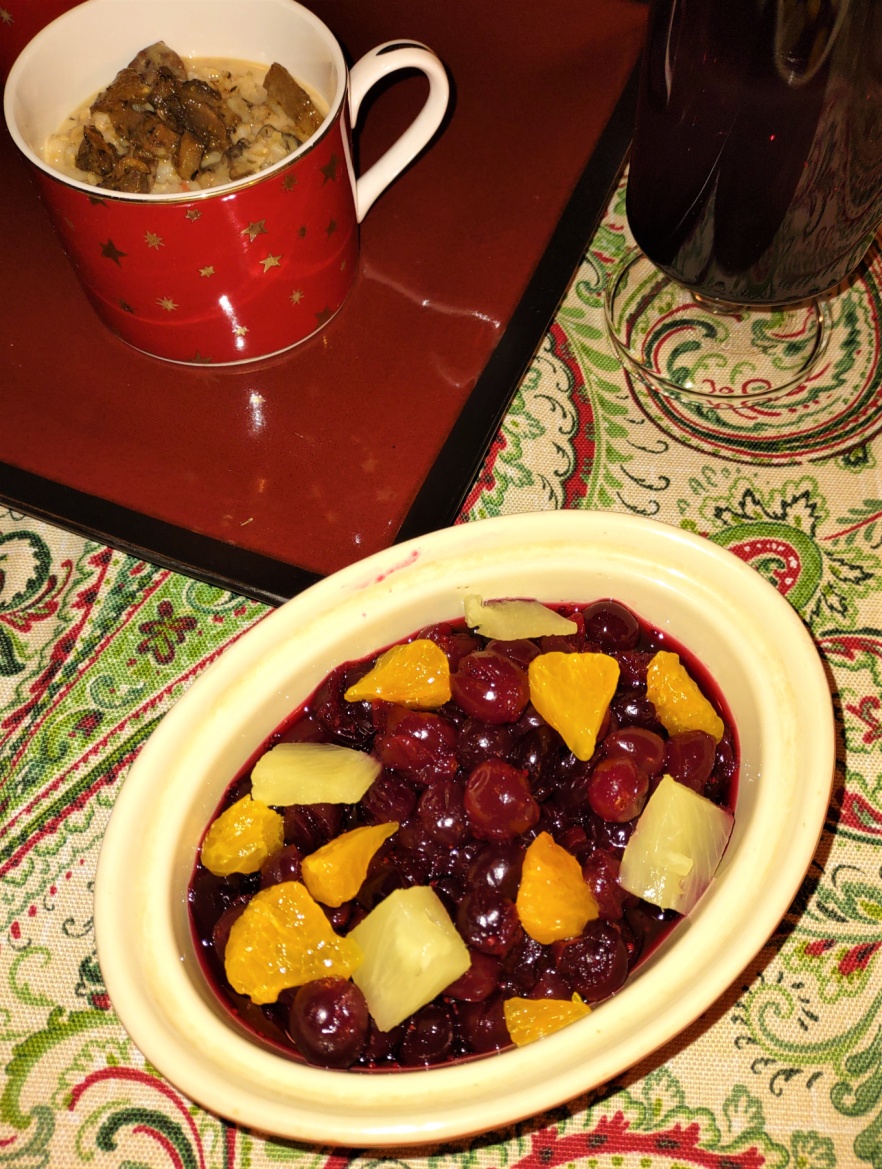 The jewel in the crown. It’s not Thanksgiving without cranberry sauce. I use pineapple juice instead of water or orange juice, but it’s open for interpretation. Use what you like and it will be terrific. I like to toss in a few slices of pineapple and orange for “a little bit color,” like we say in New York.