London has been seriously killing it over the weekend this season. With a mix of beautifully curated presentations and shows, here are some of the highlights we have witnessed this weekend at the fashion capital.

Set in an industrial basement, the surroundings were dark and edgy, which complimented the collection beautifully. The clothing was edgy in a sort of basement grunge, biker way with lots of leather, belts (yes boob belts!), with a military influence. Front row was Gigi Hadid, supporting sister, Bella who walked in the show. 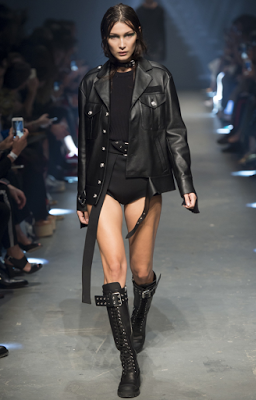 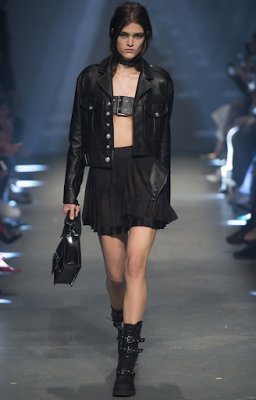 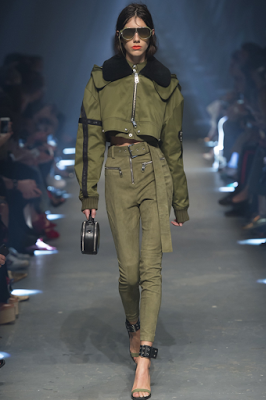 The celeb crammed show was held in a school hall, with the collection being heavily influenced by ballroom. With a mix of beautiful embellished gowns fit for dancing. Julian McDonald was also one of the few designers to combine his womenswear collection with menswear at London Fashion Week. 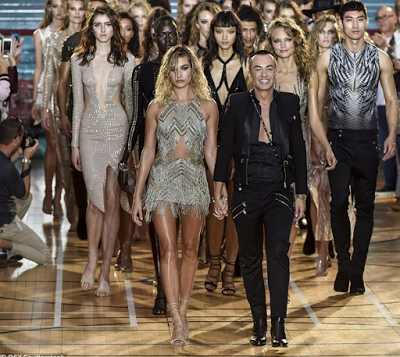 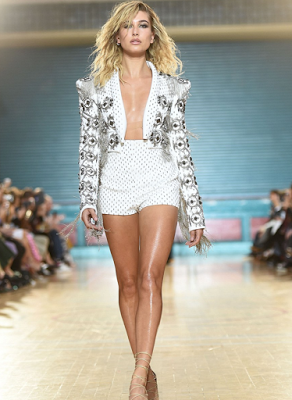 At Mulberry, the catwalk was paved, like a British street with the collection featuring many tea dresses and patent raincoats, perfect for the British summer time. Also to feature were hints of military, a sign that the now AW trend will last, and beautifully embellished pieces. 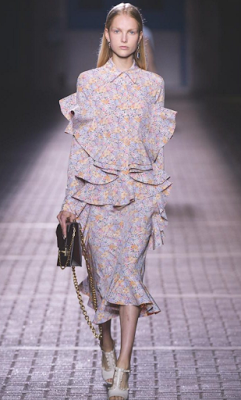 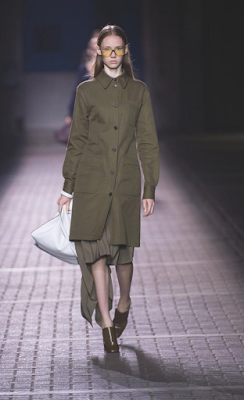 Bloggers around London are going crazy for JW Anderson right now. And it’s easy to see why with the latest collection presented this weekend. With a take on Tudor style, influenced by Henry VIII, the collection combined historical style with bright prints and exuded femininity. 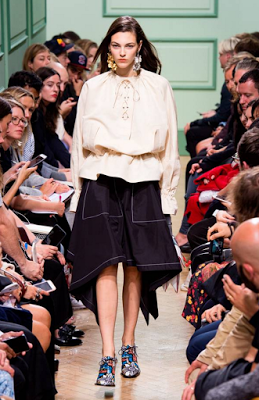 Henry Holland also presented, and it was a big one for the designer as it is Holland’s 10 year anniversary. Happy Birthday HH!. At the show we saw the return of his famous logo t-shirts which were very 80s. The collection however, featured many colors of gingham, prints and layered silhouettes 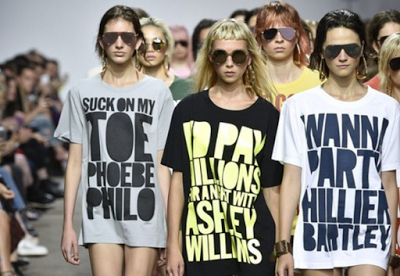 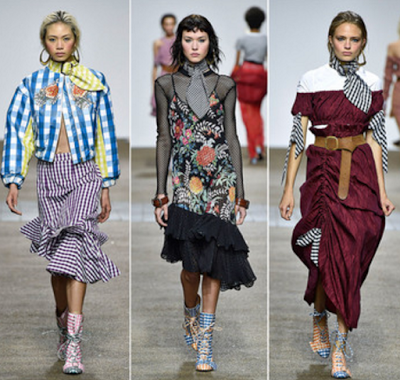 Topshop Unique was held at Spitalfields market which was set up with a number of stalls in true market spirit. Topshop have jumped on the see-now-buy-now bandwagon, so calm down! You can go over to Topshop’s website now and snap up the pieces fresh from the runway. Mr Topshop, i.e. Phillip Green was not present at the show, which was very much 80s themed with punk influences and lots and lots of bright pink! There were some perfect pieces that would work brilliantly as an office-to-nightlife wardrobe. 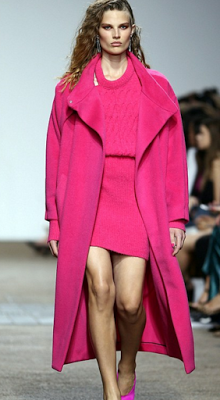 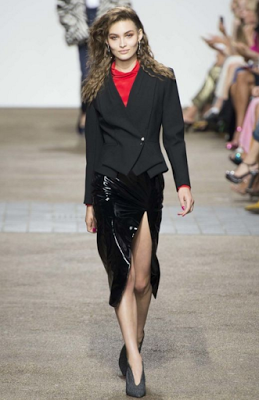 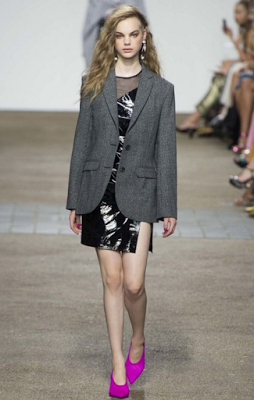 At London’s Southwark Cathedral, Simone Rocha presented her SS17 collection. With a Victoriana feel, the pieces included checks, beautiful Broderie anglaise dresses and lots of ruffles and draping. There was also a lot of red floral prints within the collection. 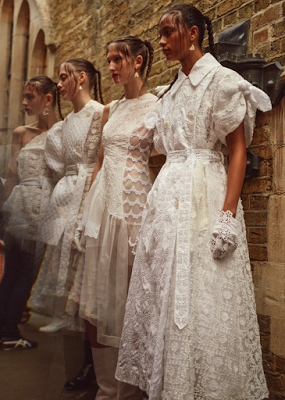 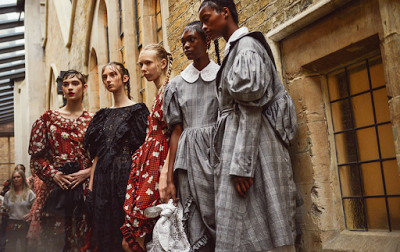 Preen showed on a runway scattered with flowers, with a collection that oozed the ‘English rose’ look. With florals, obviously trending for spring, and many pieces decorated and enhanced with ruffles, a trend that again seems to be sticking around. Some of the pieces were a little edgy, for example, polo shirts with the addition of more ruffles, but beauty trend wise, forget the flower crown, at preen it was all about flower tattoos. 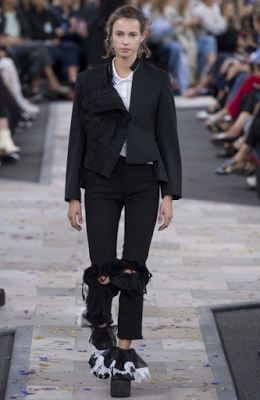 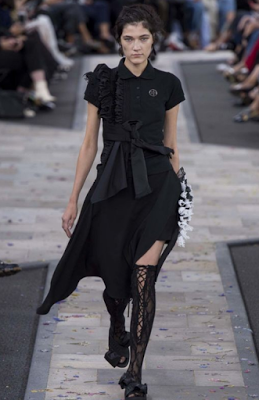 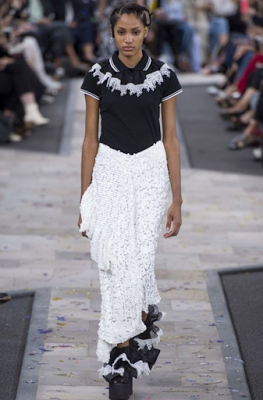 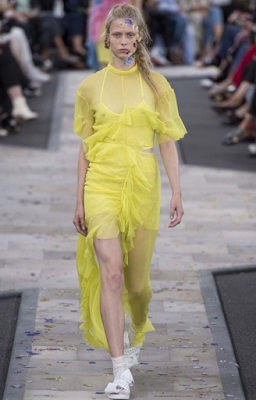 Mary Katrantzou went back to her Grecian roots and did them proud with statement making Grecian pop art featured within her SS17 collection. The collection was very print heavy and make sure to check out the olive branch statement earings! We also saw tunics/ dresses layered over wide leg trousers, a trend that is gradually breaking through on the street style scene around the world. 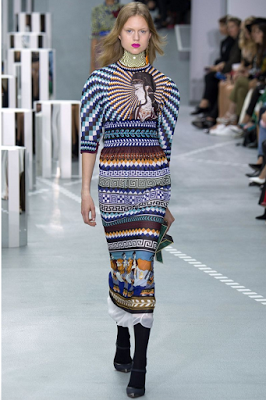 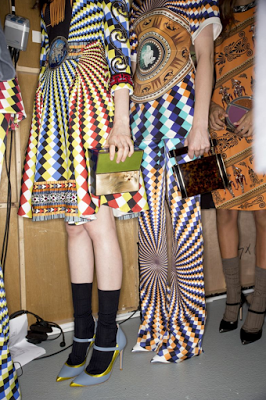 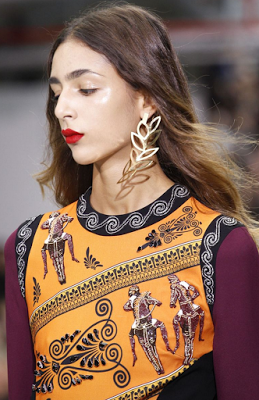 Charlotte Olympia, quirky as always, created a spectacle this season at her SS17 show, which had a real 1940s musical feel to it. With dancers clad in sequin leotards carrying around big bananas. Also check out the fruit suits! As for the collection, her footwear was also very fruity. Dare we say Fruitware? 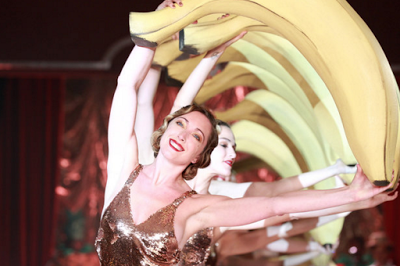 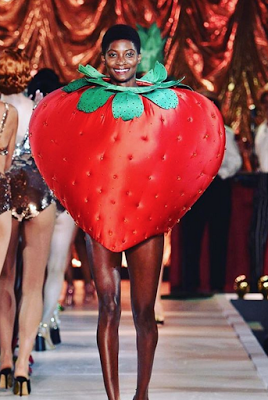 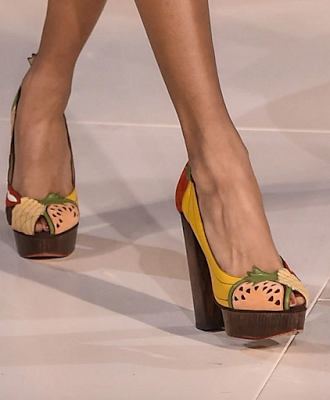 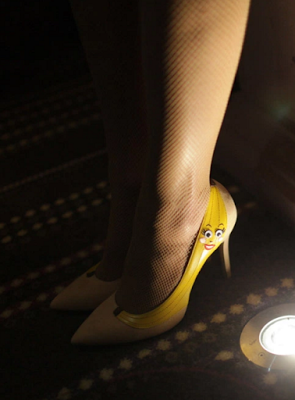