Lady Gaga on Collaboration, Creativity, and Her Mission to Give Back 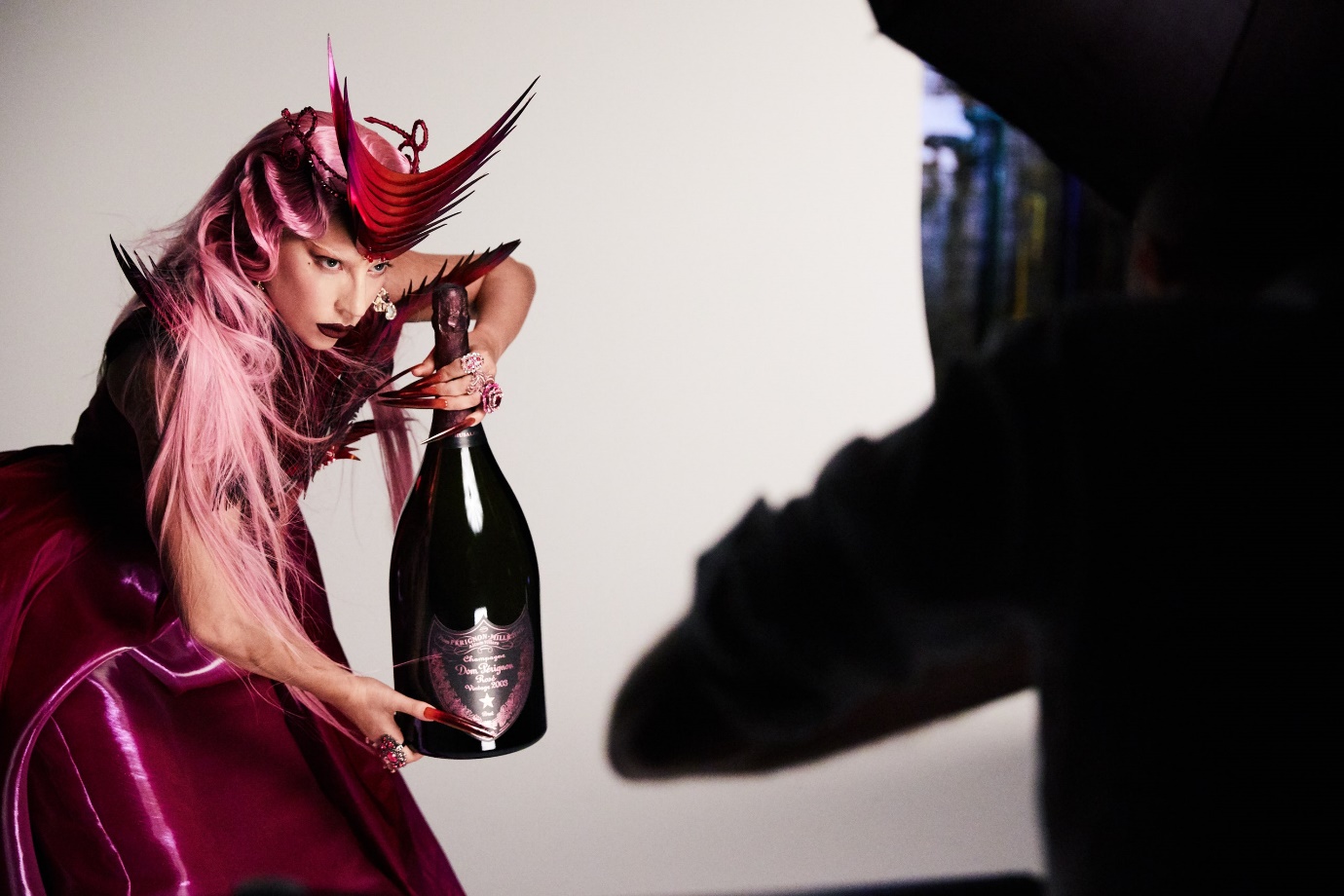 Lady Gaga doesn’t do things by halves; with each new endeavor, the superstar pushes the boundaries of expression via unexpected visuals and alliances with like-minded creatives. Today’s launch of her latest project, a collaboration with the iconic Champagne brand, Dom Pérignon is proof of that fact. The Nick Knight–directed clip revealed the partnership and a peek at the bottle of rosé and sculpture Gaga designed especially for Dom Pérignon. Its trippy visuals of crystal castles which morph into catwalks and an endless party where Gaga and her pastel-clad entourage dance to the sound of her Chromatica hit, “Free Woman” before the singer is transformed into one of Knight’s silhouette portraits are an appropriately surreal introduction to an unexpected team up.

A host of Haus of Gaga mainstays teamed up on the project, including Knight, long-term collaborator and creative director Nicola Formichetti and Haus of Gaga makeup artist Sarah Tanno, and hair stylist Frederic Aspiras. You have them to thank for all that eerie Born this Way album art, but this go-round, they went in a completely different direction. Envisioning a celebratory atmosphere with the effervescence of a sip of rosé, they created a “Queendom” ruled by Gaga and her fans. “We wanted to express the power of creative freedom and inhabit a world where this is possible,” shared Gaga from Rome, where she is filming Ridley Scott’s House of Gucci.

Seeking visuals that felt “inspiring, collaborative, and free,” Gaga and the entire Haus of Gaga team prioritized innovation. Knight’s surrealist style and wealth of fresh ideas made him the ideal choice for the project. “Every time we work together, we find a way to do something we’ve never done before, and this collaboration is no exception,” Gaga says. “And of course, there are my creative collaborators from the Haus of Gaga, including Nicola, [choreographer] Richy Jackson, Freddie, and Sarah. There’s a certain alchemy that happens when we create together.” 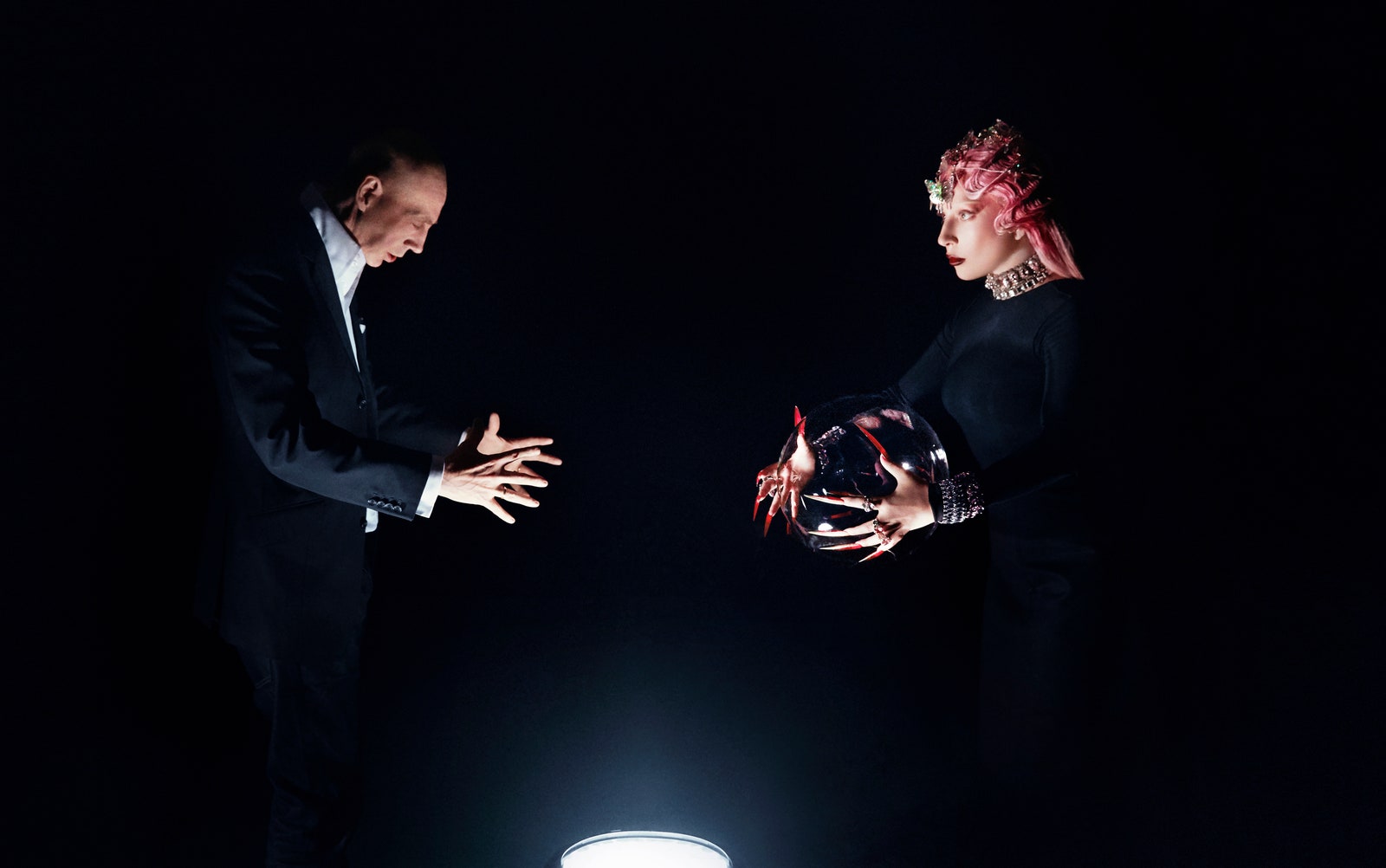 That magic is evident in the video’s fashion. We expect drama from a Lady Gaga look, but her custom gown by Thom Browne alum Jackson Wiederhoeft is a showcase for some of fashion’s most inventive new talents. The frothy pink lamé piece covered in ruffles and pleated was put together with help from Brazilian artist Carla Maldonado; New York designer, Sintra Martins’s label, Saint Sintra; and Y. Hadari, a fellow at the Alexander McQueen Sarabande foundation. At once futuristic and classical, it had the timeless vibe Gaga, Formichetti, and stylist Marta del Rio were going for. “The fashion style reflects that mood because it doesn’t identify with just one era or look. It has historical details evoking a queen’s dress, but with a modern influence,” Gaga explains. “[It is] all about casting aside conventions, pushing boundaries, and having the freedom to explore.” 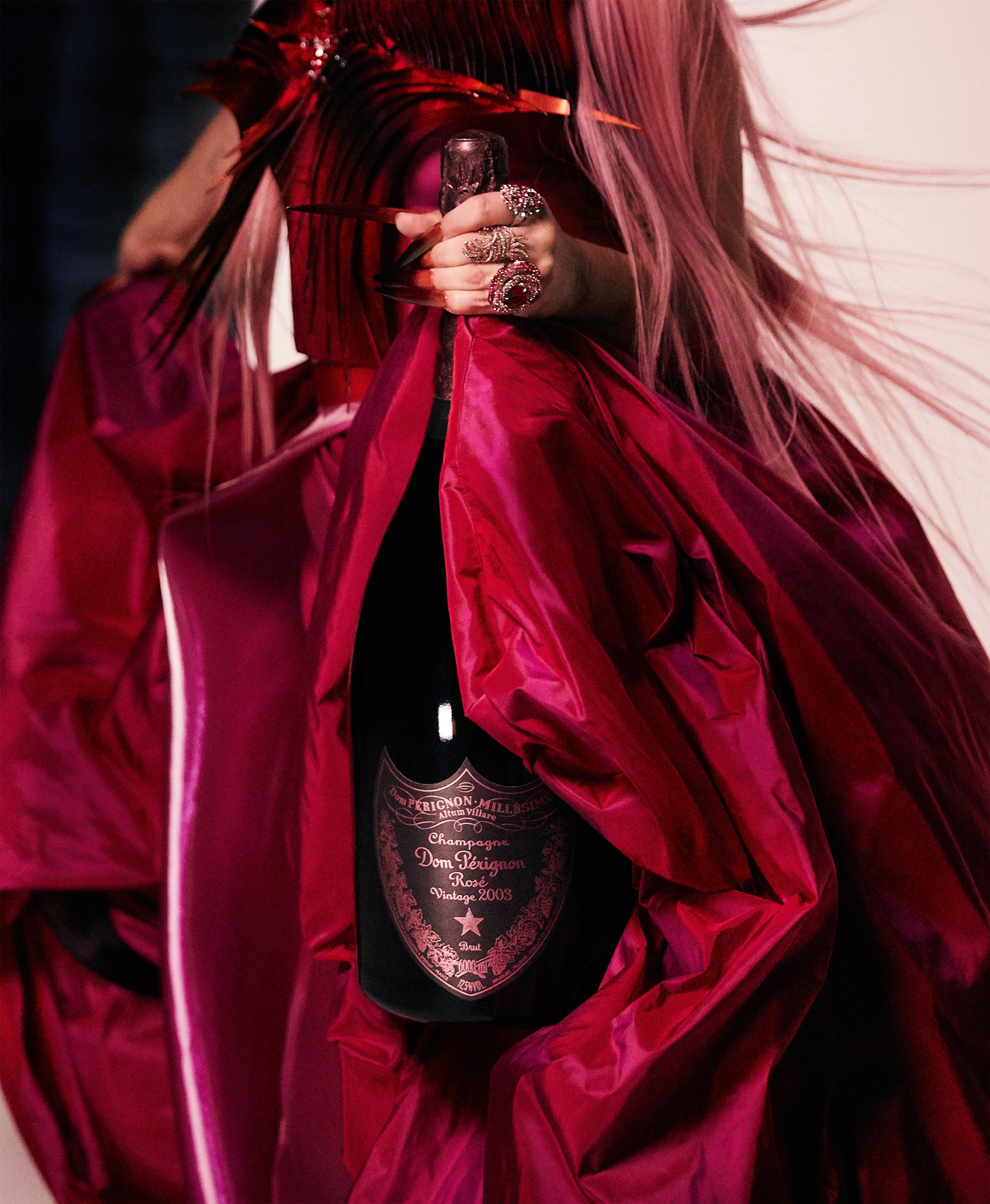 Still, the pièce de résistance may be the sculpture that Gaga and Formichetti created just for the project. An arresting take on the crystal ball, it features prominently in Knight’s campaign film. “We created something that captures a moment in time, full of life and energy. Nicola describes it as the essence of Dom, mixed with me, warped in time,” says Gaga. More than being beautiful, the piece also has a philanthropic component, one dear to the star’s heart. Profits from the limited edition replicas of the sculpture will benefit the Born This Way foundation, which Gaga founded in 2011 with her mother, Cynthia Germanotta, and connects young people to mental health resources. “What I love most about this sculpture is that it is made with a deep purpose,” says Gaga. “The foundation supports the well-being of people and works with them to create a kinder and braver world. The donation will help build programs and campaigns that increase access to treatment, drive action, and build community. There’s nothing more important than showing kindness to one another and giving back [and] creating a world where everyone is seen, heard, and loved.” It’s fitting then that Gaga’s Champagne fantasy will have a meaningful impact in the real world.