Waterford Distillery, one of the pioneers of the principal of fully traceable Single Farm Origin Whiskey have just announced the release of a range of their products in Spring 2021. 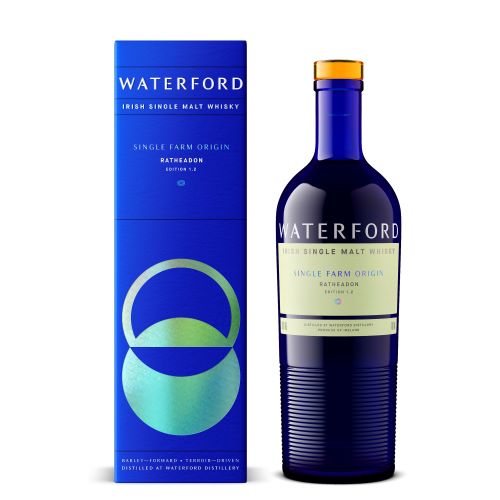 Single Farm Origin Whiskey are marketed using the TÉIREOIR code, a clever play on the word most associated with quality wines.  The principal is much the same, all the components used to produce these Irish whiskeys influence the quality and the style of the product.  The soil and area or region where the barley is grown has a direct impact on the final flavour of the whiskey.  More than that the specific barley used, where it is grown, the location of the farm, the distillation process and the type of barrels used in the ageing process all contribute to the Whiskey’s final style, much in the same way that vineyard terroir has an impact the style and quality of a wine.

Each bottle features a TÉIREOIR code and more information about the production can be obtained on their website https://waterfordwhisky.com/

Launching this Spring is their Ratheadon: Edition 1.2  (pictured)  An evolution of its 1.1 predecessor, this Irish Exclusive is the second release from the 2016 distillation of Irina barley grown by Stephen and Andrew McDonnell in the limestone lowlands of County Carlow, beyond the river’s east bank on rich & loamy soils. This edition has strong notes of white pepper, ginger, pearl barley, honey oiliness, soft spices and orange barley sweets.

Look out as well for Hook Head: Edition 1.1 (with Barley sourced from a farm near Hook Head in Co Waterford) where the martime influence is strong; and the Lakefield: Edition 1.1 produced from Barley grown in Co Laoise.

In 2020, Waterford Distillery was awarded not just one, but two of the biggest Icons of Whisky Ireland awards, Distillery of the Year and Brand Innovator of the Year.